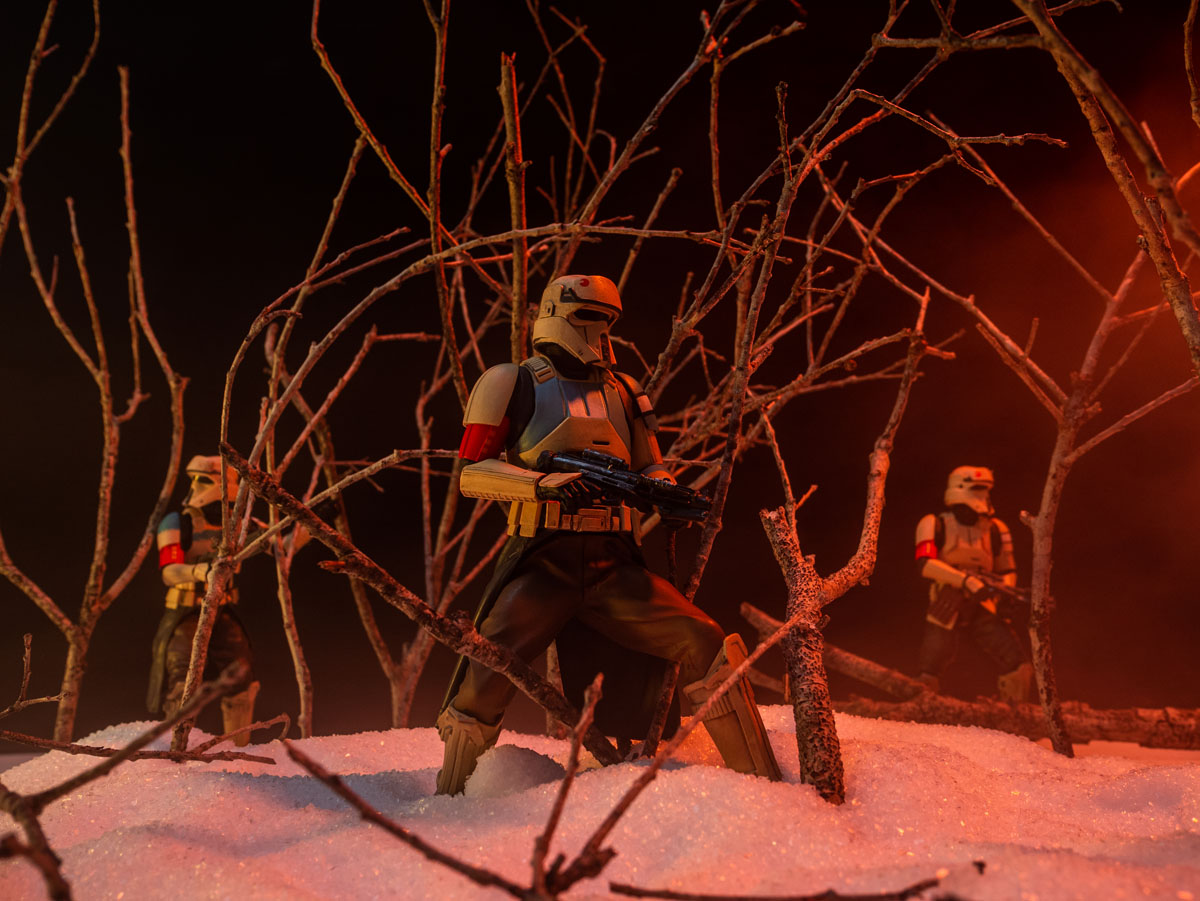 I’ve shot with atmosphere over the last couple of years but hadn’t really investigated its use beyond an occasional whim. It was just another tool to experiment with and could make an ok image into something pretty special. You’ll see it show up in a few of my recent images in The Floor Is Lava.

For some reason known only to the bots at Facebook, I had recently seen a video of a gentleman building a terrarium. Technically it was a paludarium (yes, I had to look it up). He built a small ecosystem in an open-topped tank—complete with live plants, running water, live fish and some kind of fog machine. The fog machine had my attention. (Need to kill some time? Click here.)

So, let’s look at three ways to create atmosphere in your toy photographs.

A trip to the local pet supply store resulted in only finding large and expensive units, so a quick Amazon search found this little wonder. Set it into a bowl with water, plug it in, and you have fog.

Available from your local photography supply store or in bulk from the online mothership, spray atmosphere, like Atmosphere Aerosol, was created to add haze for photography and videography, and it does exactly that pretty well.

Shamefully, I will admit to owning a vape thingamajig. It was purchased for shooting my LEGO town a few years ago and then set aside for a long time. I lost track of it after a move and eventually uncovered it (and its mess) in a storage tub.

There are two other options I haven’t explored but are worth mentioning.

Within my available time and space, I want to make the most of any diorama setup, even a simple one. When I was thinking about this setup and story, one of my goals was for it to work across scales (HO Scale to 6″ figures). Here are a few examples of how that worked—successfully, I think. These four images all used the ultrasonic fogger for atmosphere. That piece of kit will be one of my small studio staples.

I had gathered some sticks while we were taking a drive and getting out of the house. I hot-glued the sticks into a little forest of sorts with the expectation that I would shoot multiple scales in this same diorama. A bag of epsom salt served as snow.

I hope this inspires you to try something entirely new or shoot a favorite theme with more atmosphere.