One of my favorite things about Star Wars is the plethora of awesome starship designs. From intimidating behemoths to fast hunks of junk, starships are an integral part of the Star Wars universe. So it should come as no surprise that they’re also a popular subject for toy photography.

Inspired by photographers like Avanaut and Brecht Cuppens, I’ve slowly been incorporating more and more starships into my own work. While Vesa often uses models to achieve his reality-bending shots, and Brecht takes advantage of the incredibly detailed but very small starship pieces from the X-Wing Miniatures tabletop game, I have another toy line of choice: Hotwheels’ “Star Wars Starships.” 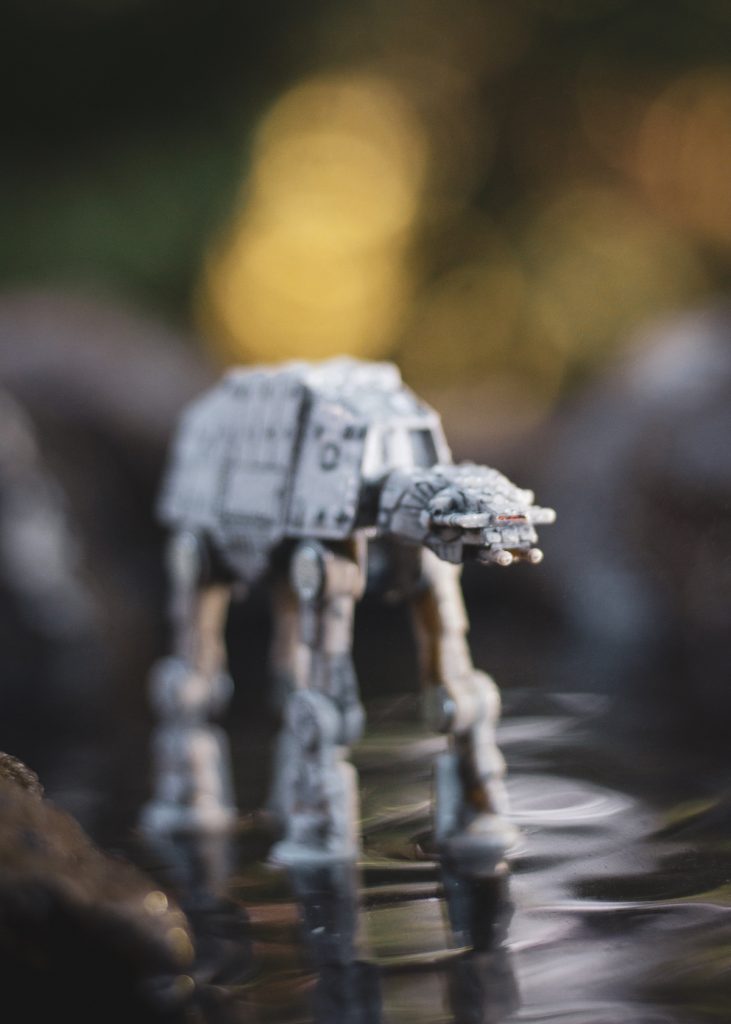 This Hotwheels line is the perfect gateway into starship photography. They’re 1:64 scale (-ish, it varies from ship to ship), range from $5-10 USD, and there are a ton of them. AT-ATs, Star Destroyers, several versions of the Millennium Falcon, TIE Fighters… there’s something for every Star Wars fan.

Shooting these small-scale starships makes me feel like I’m on the set of the original Star Wars movies, where the filmmakers resorted to miniature models and stop motion to bring things like AT-ATs and X-Wings to life. Or it’s like re-enacting missions from Rogue Squadron, one of my favorite video games growing up. 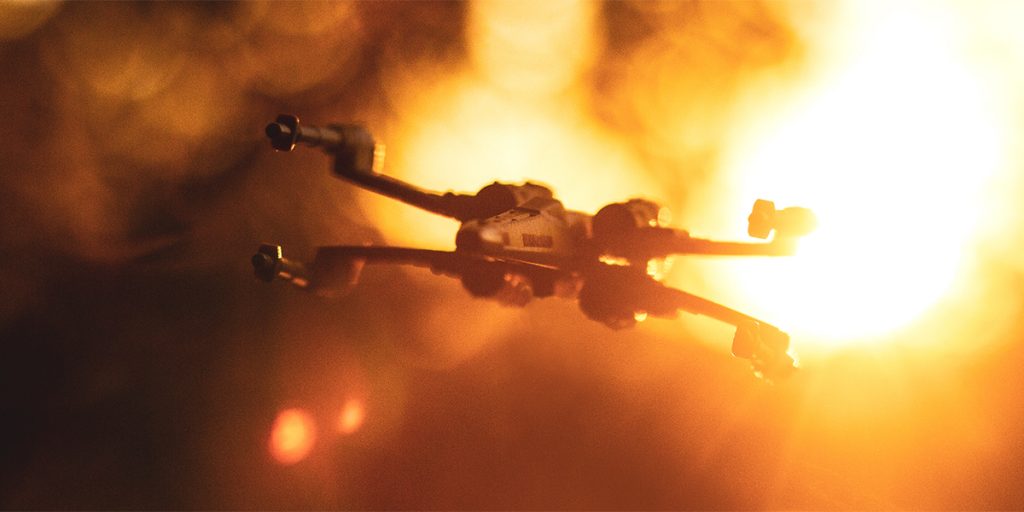 I’m also a collector of LEGO Star Wars starships, but find them a bit trickier to shoot. I like to capture ships in-flight, skimming over water or engaged in some kind of chase. Because of their larger size and fragility, it’s not as easy for me to accomplish those kinds of shots with LEGO. I’m terrified to suspend my Shuttle Tydirium on wires just to see it fall and crash to pieces! It can absolutely be done – just look at the amazing work of Hue Hughes. But I’ll need to get more comfortable in my wire skills before I reach his skill level. Size is an issue simply because of the space I have available in my office/studio. If I had more square footage than just the extra desk in my workspace, I could make larger messes and test the full potential of the LEGO starship line. 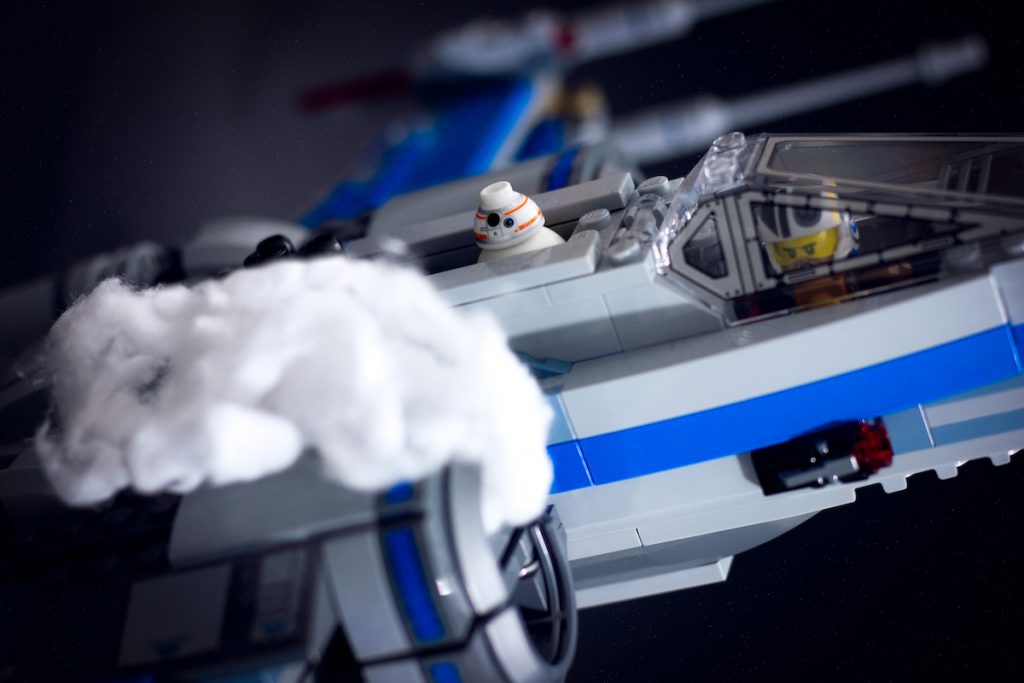 When I do photograph LEGO ships, I tend to shoot close up because of my limited space to make a scene

I’m enjoying playing around with this particular aspect of the Star Wars universe, and bringing some of my childhood fantasies to fruition. And thanks to lines like Hotwheels, it’s easy and affordable to chase that photorealistic look. However, there is one downside: The simplistic paint jobs. For that particular problem, I’ve started weathering my ships. But that’s something I’ll save for another blog post…

How do you feel about starship photography? Have you ever tried it yourself? What’s your go-to method of choice? I’d love to hear your thoughts in the comments below. 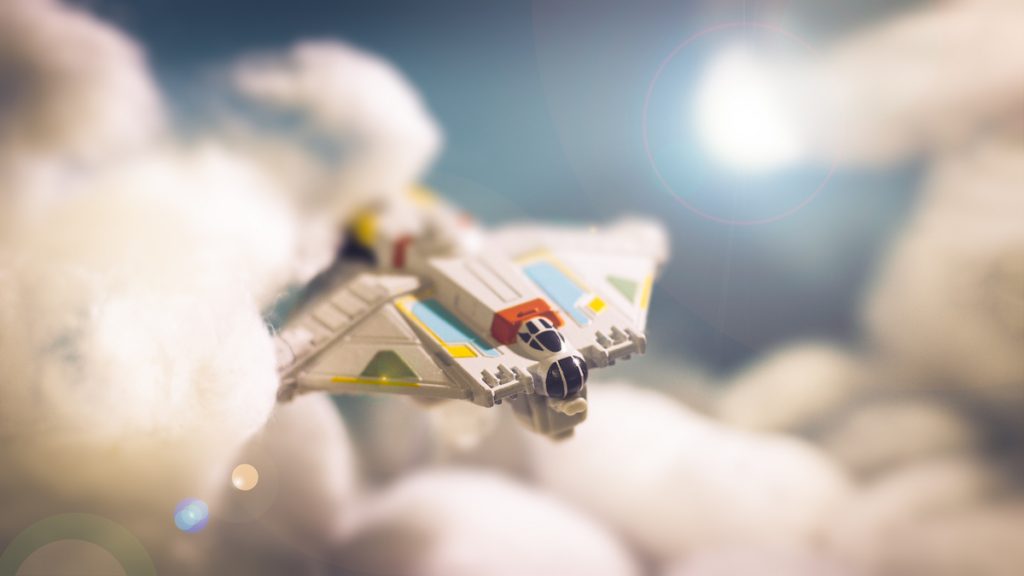 One of my favorite ship designs: The Ghost from Star Wars Rebels