What if you’re blind inside your mind? 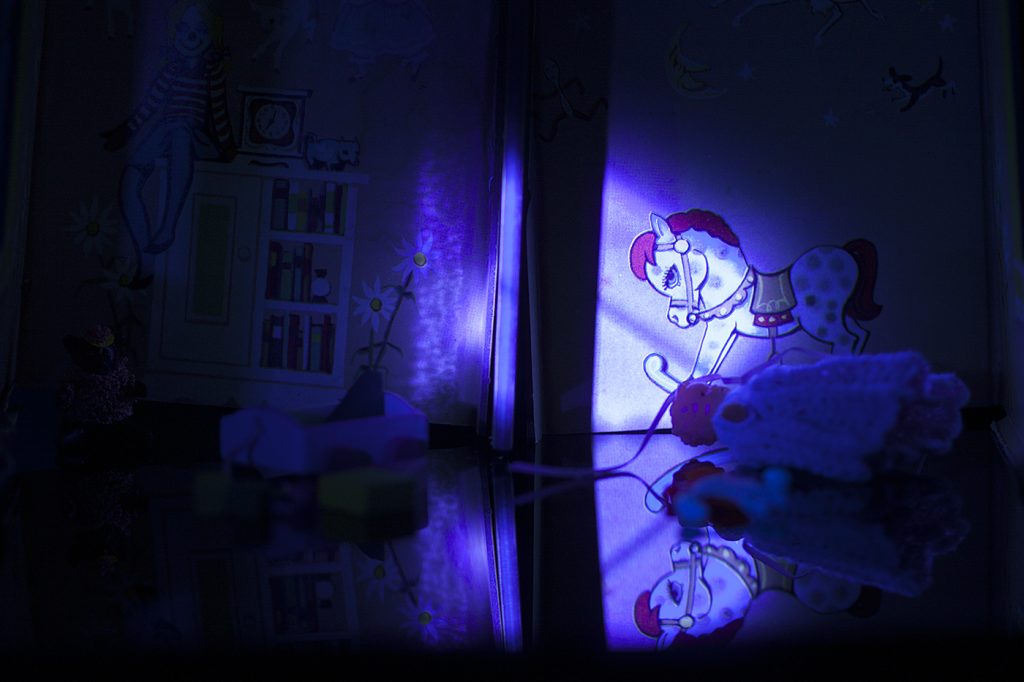 Picture an apple. Now make the apple blue. Hold that apple in your hand. Picture it in your kitchen. How about on the beach?

All of these are measures of your visualization or lack thereof. Most people fall somewhere in between Aphantasia, the lack of any visual imagery, and Hyperphantasia, extremely vivid visual imagery.

While much more research needs to be done, it’s thought that the cause for a blind mind’s eye is simply the brain being wired to send information differently.

You would think someone who creates visual art would be a very visual person, but as with everything else, artists come in all shapes and sizes.

I just discovered the term Aphantasia a few weeks ago. In watching this video, and then fervently emailing one of the researchers from the University of Exeter (more info below), I came to discover that I have Aphantasia, at least in some form. I was quite honestly baffled. I grilled my boyfriend on his own visualization that night and was completely in awe as he said he could clearly picture holding an item in his hand on the table, not just within his head, but in a real world setting.

Personally, my mind’s eye isn’t blank, it’d just dark and distant. I can picture a vague for of an apple, but I cannot change it. I can picture one half of my boyfriend’s outline or a flat, translucent, distant version of his face. It’s difficult to quite put it into words. But the left side of the image above is a decent representation, it’s actually a bit too clear.

I dream in third person, as if I’m watching a movie and the movie screen is miles away.

I cannot fell or smell in my mind. But all this said, I do store memories and can conceptualize the way things look, feel and smell, it’s just a bit detached.

Most of my life I’ve considered myself a highly visual person, but I think as I’m reading, or someone is telling me about their day, I feel along with them, rather than see along with.

I have no real answers, but as I consider this trait, I wonder if in part, my drive to create is furthered by wanting to fully render what I imagine, as I can’t in my head alone. This is also very likely the reason I feel the need to write out and plan my photos, why for my most recent series (that you can find on Instagram @tourmalinenow), I find myself posing in front of the mirror, to then adjust the figure into a more natural, matching body movement.

But enough about me, here’s the stories of three other makers that fall into the Aphantasia sphere. As you read, consider your own visualization and how, no matter how vivid, it has affected your way of creating. Then tell us all about it in the comments below. 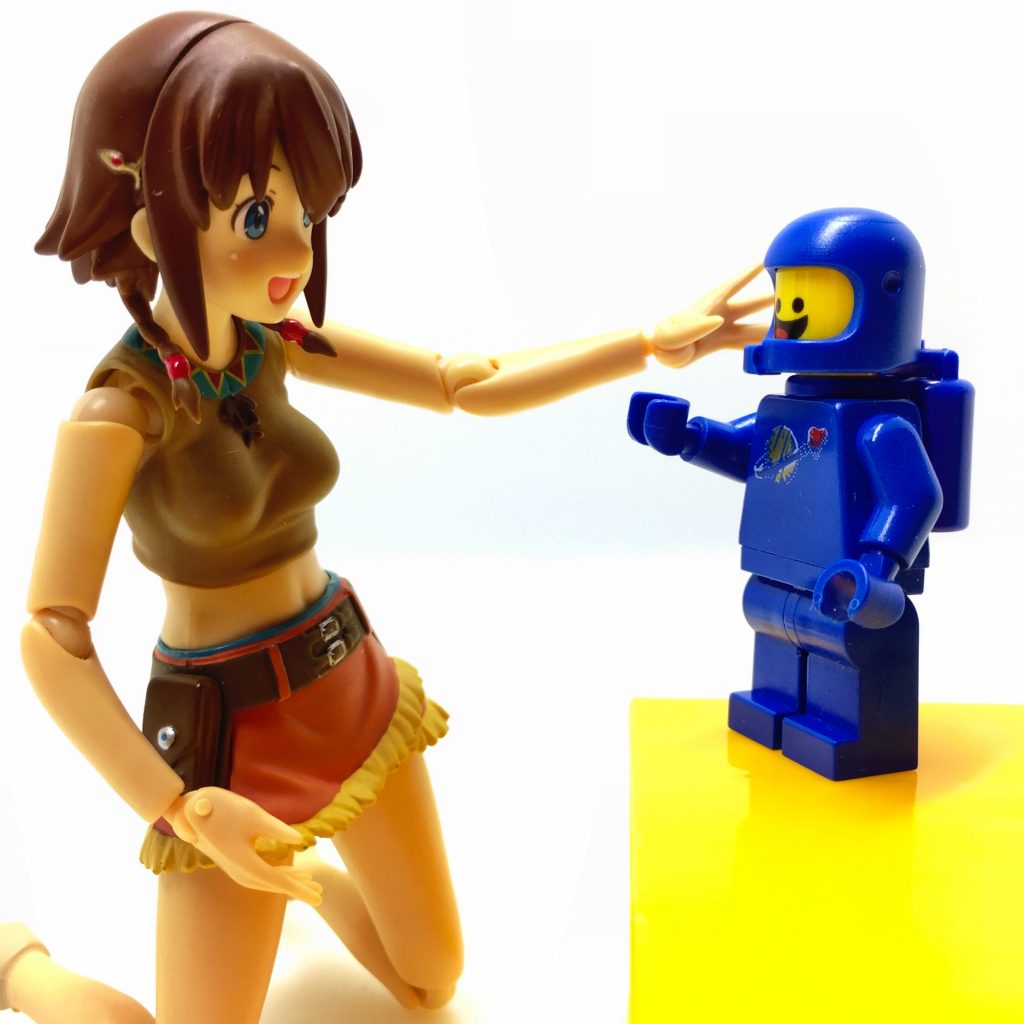 Imagine a world where there are no faces. Creepy, isn’t it? Not for me. Because this is how I perceive people. And I always thought it’s normal until I found out I have Prosopagnosia, or Face Blindness. I can see and remember your eyes, lips and nose, and other features. But as individual bits and not within a collective single image.

To the unaffected it is a difficult concept to grasp, and feels like a very lonely, isolated existence. But I don’t feel that way at all. In fact, I feel blessed that I’m predisposed to seek attributes beyond what’s on the front of a person’s head, which is where real beauty lies.

When I take photos of my Toys it is not enough to simply make them look good. I’m compelled to give them a story, a journey that made them who they are. And they need to have dreams of where they want to be, with whom, and how they define happiness.

So, if by chance I manage to recognize you in a crowded place and remember your name then be assured that I found you amongst a sea of strangers because to me you are so much more than just a pretty face. 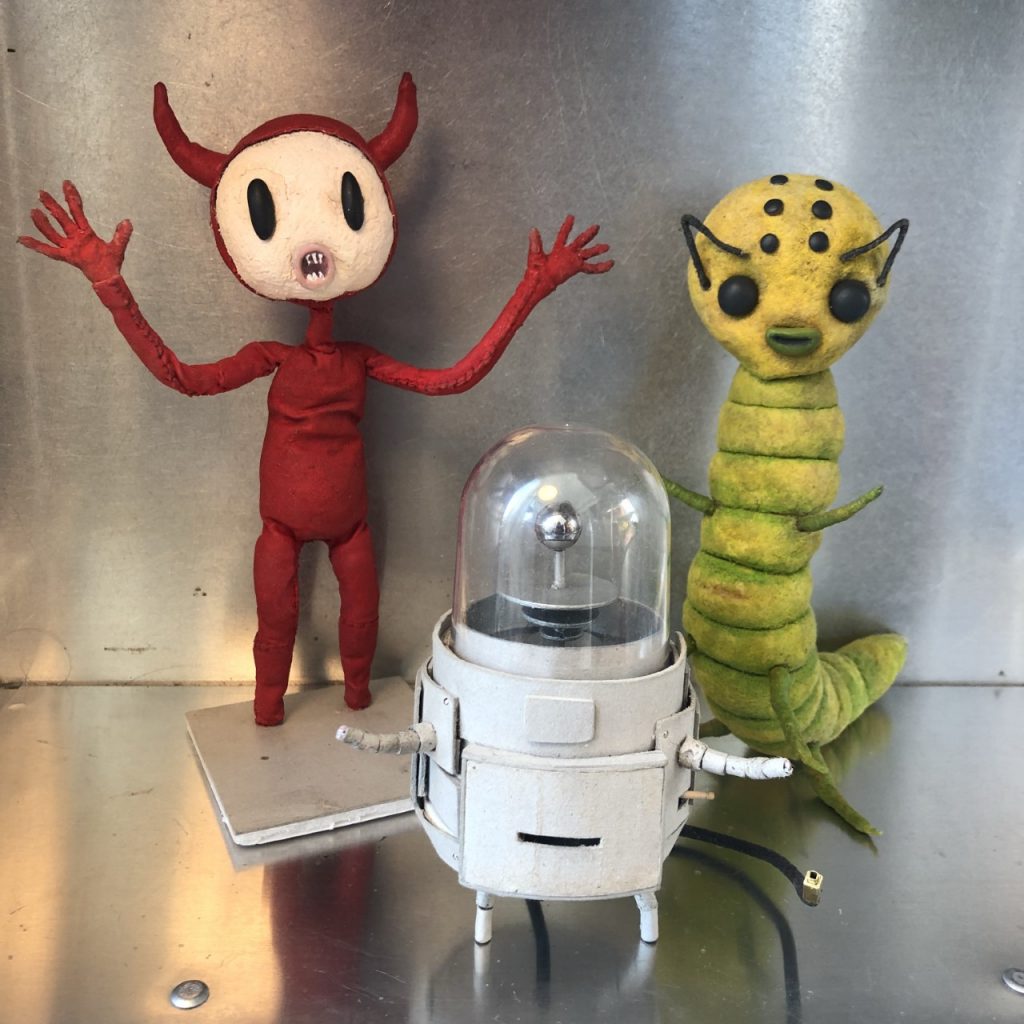 I have been an artist for as long as I can remember. I didn’t like school that much, but I sure liked to draw. It was the one thing I knew I would always have. Art gave me the confidence in myself that school never did. Ideas would come to me and they would appear on paper. I could express things in my drawings that I could never say out loud. I enjoyed the art I created and others did too!

I never fully realized that other people were able to create images in their minds, because I certainly could not. I remember friends talking about visualizing things and being able to draw from this internal model and I just assumed my brain worked similarly. I mean, I know what a cat looks like right? If I close my eyes and imagine a cat though, I can’t really picture a cat. It is more like some contours in a fog. Certainly not something I could reference for a drawing.

There is a condition called Aphantasia, which describes the inability to create mental imagery. I recently became aware of this phenomenon and reading about it made me realize that it described my experience. I was excited at first, reading about something so familiar. I then became disappointed, thinking something was wrong with my brain and I would never be as good an artist as I could be.

I was in a weird state for a couple of days, wondering how much this kind of thing affects other parts of my life. I usually focus on the positive aspect of things but this was really forcing me to face the fact that my brain was broken in some small way. Will I always get lost? Will I always have trouble recognizing people I just met? Are these things even related?

I finally had to stop worrying about it and get down to figuring out the positive side. My ideas are created down in a dark well. The only way to see what they look like is to create them. Creation brings these ideas into the light. Perhaps I owe my creative drive entirely to this fact. Perhaps if I could create vivid images in my mind I wouldn’t bother making all this stuff and I would just daydream all day. This is entirely plausible. The other part is the excitement of seeing an idea come into the light. I really don’t know what something is going to look like until it is finished. I am as excited as the next person to see this stuff! Would it be the same if I could compare something I made to a perfect internal model?

I will continue to research Aphantasia when I am curious to learn more, but for now I have made peace with it. I hope other creative people are not discouraged if they experience this condition. I just read somewhere that our weaknesses are our strengths. Perhaps that is true!

A hobby I’ve had for many years is writing fiction. It has always been a relaxing and entertaining break for me, and I consider myself good at it. People who have read my works liked how much attention I paid to small details in an action, in a description, and I felt that was my strong suit. However, the reason I was able to give such in depth descriptions was because all I could imagine at a time, for years, was a small piece of any image. I could imagine a body, but no face, or a face, but no body. I could only see one motion at a time, never a combination. My imagination wasn’t broken, but it certainly was hindered to some degree. My writing was just where I noticed it most, not the only factor of my life that it affected. Yet, my new hobby helped.

When I first took on toy photography, I still had that frame by frame processing of imagery, which did in fact help me decide how I wanted a figure to look in a shot. If anything, I considered it a still-life thought process. However, as I took more and more photos, tried to capture a greater sense of life and realism in these inanimate figures, the way I thought started changing. I would write down photo ideas for the future in a small notebook of mine, and if you look at the early to the recent, you notice a change in magnitude, so to speak.

Instead of just writing about a pose or a scene I wanted to capture, I wrote about an action, a movement, an interaction.

I suppose it is hard to explain, but instead of just imagining the image as I had before, I imagined the before and after. I would picture the flow and transition between them, what action and state of being I really needed to produce the effect I was looking for. As I continued, not only did I learn to establish faces along with bodies in my mind, but I’ve gone much further, now able to procure entire interactions between characters, between environments.

The difference between my mind before photography and after (or rather during) is the capability. The capability to create, to reason, to see. Just a few months ago I could hardly grasp the concept of thinking up a whole individual. My mind went from one limb to the next, one moment at a time. Now, I can actively picture a person walking toward the distance, explosions and others running about him. I can even see myself setting up the image for a photo. Both ideas I can have playing in my mind, and neither requires the pause and transition I had always needed to enact at one point. I find that the more I practice my photography, my toy photography specifically, the more readily and easily I can use my imagination in such a manner.

Use your differences as strengths. If you’ve just found out you have Aphantasia through this post, or if you have anything else that effects how you create, use it to your advantage. Our brains are all wired a little bit differently, but in no way is that a bad thing. It would be pretty boring if everyone made the same things.

If you’d like to learn more and keep up with the research into Aphantasia and Hyperphantasia, check out the Eye’s Mind study website here.

There will also be an art show featuring artists with both Aphantasia and Hyperphantasia at the Extreme Imagination Conference in the UK in April of 2019. If you’re in the area and end up checking it out I’d love to hear how it was. Learn more here.