Too many new toys, not enough photography

Warning: this post contains self-indulgent meandering thoughts around the lack of photography in my life right now. Feel free to skip over this post and go explore the new MeWe community or the new Flickr group instead if you don’t feel like reading!

It was with interest that I read Teddi’s post a few weeks ago about fighting the pitfalls of toy collecting.

For me, my current problem isn’t quite that I’ve spent too much money (just don’t count it up!) but that I’m drowning in un-photographed toys.

That’s right. I have a pile of toys that I’ve just not got around to shooting. (This can’t only be me though, right?)

I’ve been pretty open about this on Instagram about this, but I am currently drowning in anxiety and it’s really affecting my desire to take photos. So instead, I sit and stare at the collection of new toys on my desk, with ever increasing guilt about abandoning them and not taking photos.

Here’s what I can think of that I have purchased or been given that I still haven’t photographed:

That’s a pretty epic list in my world, and I really need to start pushing myself to get them out and to shoot some of these guys. If only to stop that guilty feeling when I look at other toys to buy.

It’s not a total wipe out though. I have managed to take some photos of one of my new toys – my Hasbro K2-SO figure. He’s had just two photos taken recently – one at a local instameet, and one for Guy Fawkes night with a sparkler. 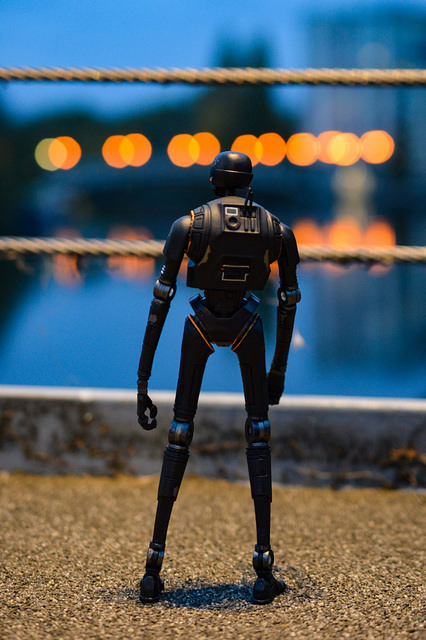 Watching night fall over the river.

It’s really hard to feel this lack of interest in what has been one of my grounding hobbies for the last 5 or so years (and photography itself for even longer). I worry that if I don’t start making myself take photos of my new toys, or even some old ones, that it will just become a longer stretch of time between shooting photos. That it will stop being my hobby. (I’m sure it won’t!)

This isn’t even the first time this has happened. Back in May I had a much shorter period of not photographing toys and I got over it. But because of other life drama going on right now, this feels a bit more serious. I’m feeling a lot less grounded about life in general and it’s having a serious impact on feelings of creativity. That spark is just not there. 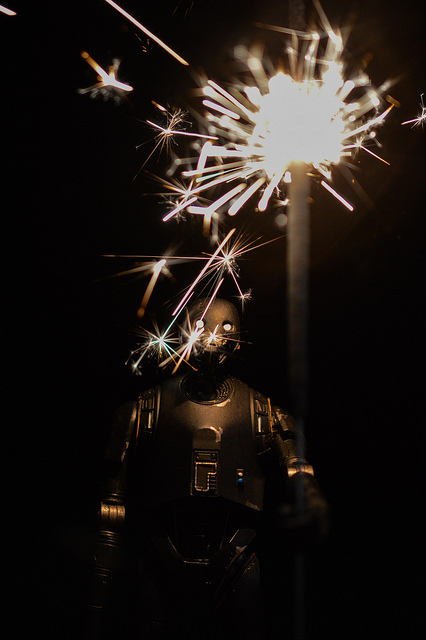 OK, there was a spark or two here

This all said, I’m really thankful that at least it’s not a lack of interest in the community that surrounds toy photography.

Whilst I’m not posting photos or diving into Instagram, I am watching the new MeWe community begin with interest. I’m also working on a project for the end of the year, and I’m putting together and pushing out the weekly newsletter (have you signed up yet?)! So it’s not a total loss. I’m still here, I’m holding on. I just wish I could get that inspiration to form itself into something a little more tangible with that pile of toys! At least then there won’t be so much guilt when the Christmas toys come out!

How are you feeling right now? Is your creativity alive and well, or are you struggling a little bit? How’s your toy collection coming along? Is it all well-photographed, or are you stockpiling like me? Let me know in the comments!