Thinking inside the box

Let me admit that I am not a builder of models. I am a photographer. So, along with the budget, I also try to minimize the work I put into the sets (hence their slightly minimalist feeling).

To achieve this, I try to build sets which are so flexible that they can be put to multiple uses. And with the above room, I think it worked. The whole thing started when I held a wall with a pair of windows under the desk lamp. I had been ready to discard it because the windows had turned out to be too crooked for H0 scale use. But then I suddenly realized that they could still be used for lighting a room.

So I only had to build a room. It turned out to be a cube of 6 x 6 cm, made of cardboard with 1 by 2 mm wood pieces making up the floor and the floorboards. Now all I needed was some furniture, lighting ideas, and subjects. 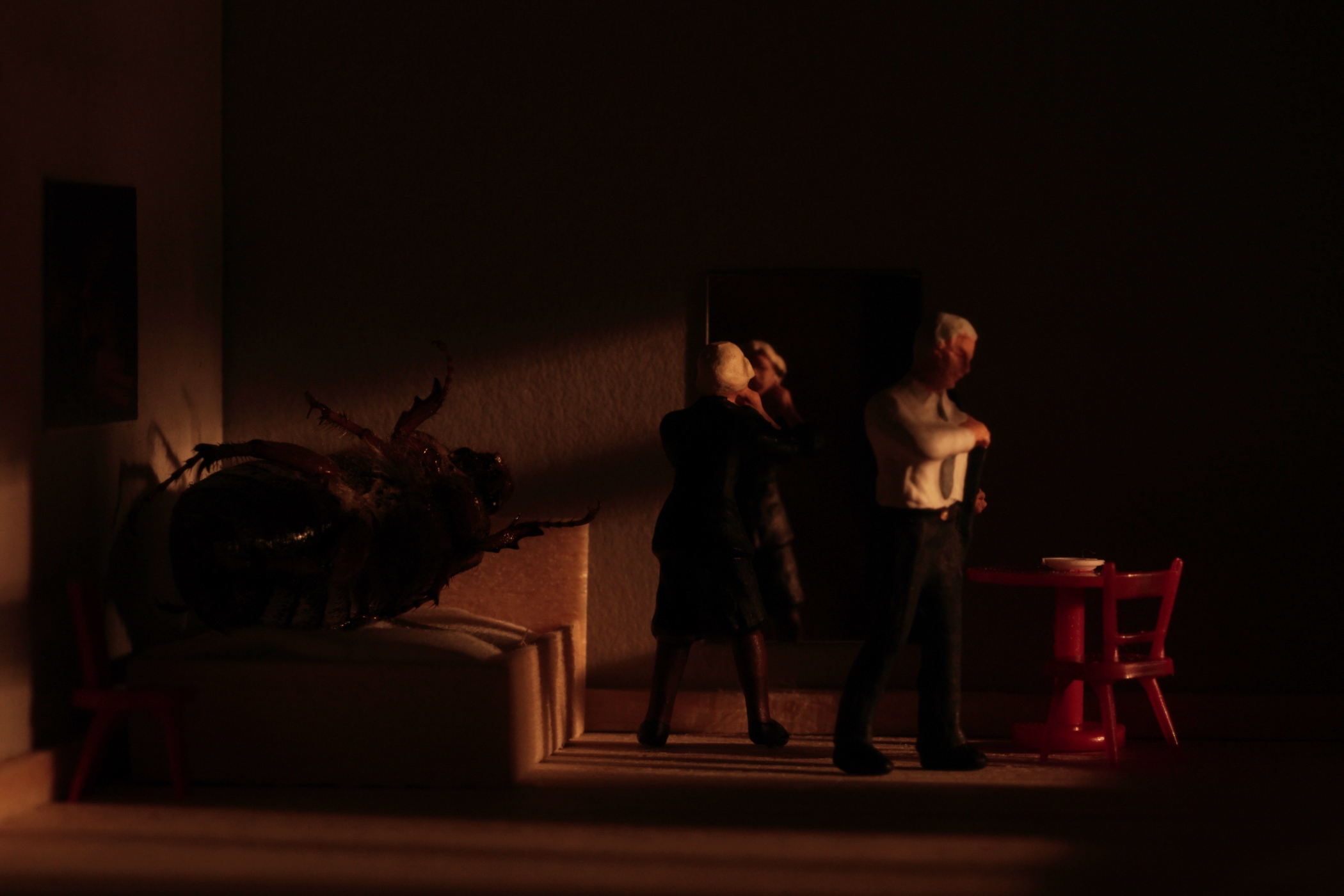 What I had was a red table, two red chairs (they came with a Preiser café scene) – and a vague idea about a giant beetle which obviously led to needing a bed. So I made one, and for lack of the beetle started to play around just to test the possibilities of the little cube. I wound up with Afternoon at the Seaside Hotel (see the very top of this post).

Once I had built the cube, I thought up new ideas. How about, for example, something for my black and white Noir series? I had just read Raymond Chandler’s Farewell my Lovely which ends with a shooting. Hence I thought that one of my villains not making it would be okay. So since we all know that a dead body is most effectively displayed lying behind a piece of furniture, the next piece to build was a desk. 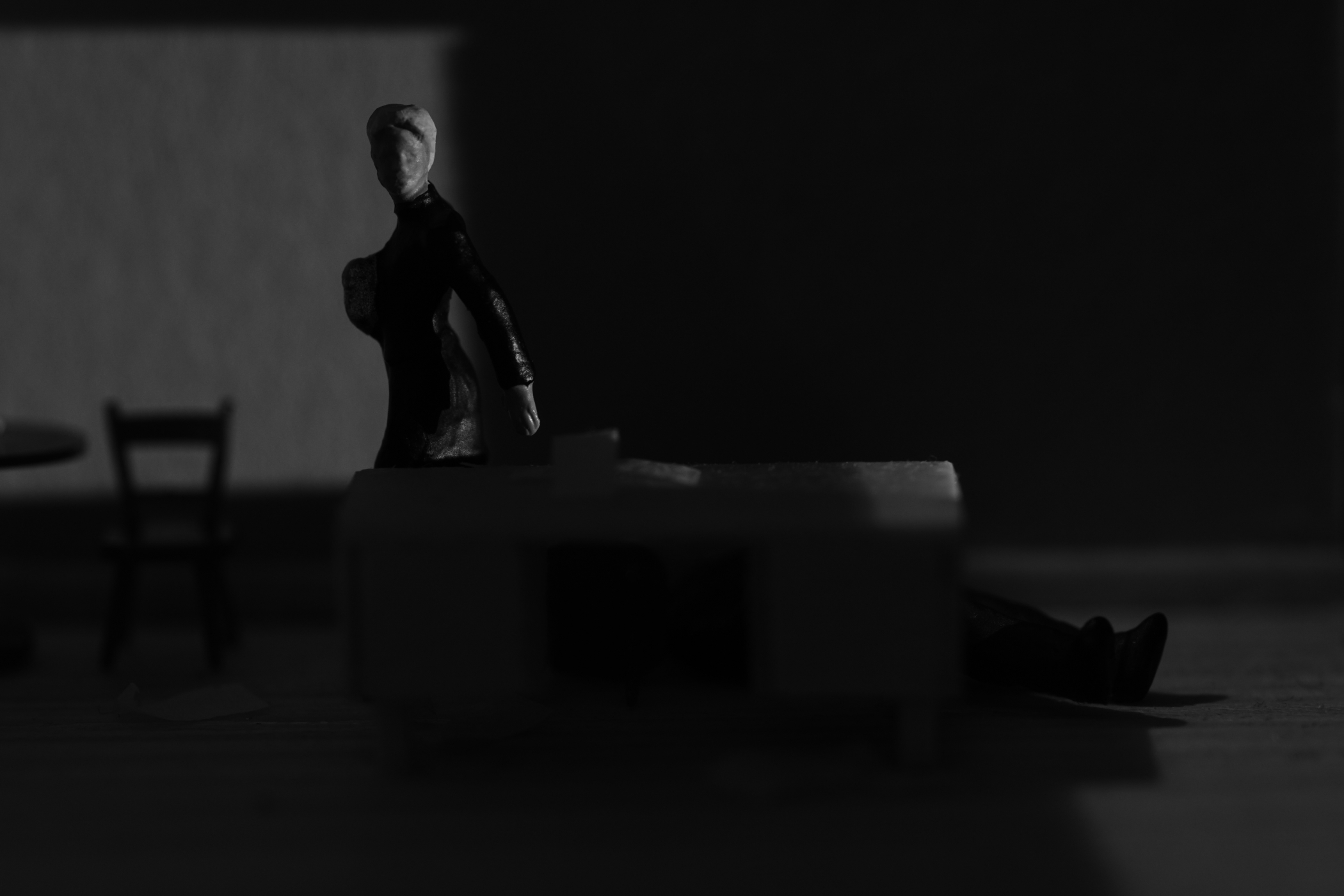 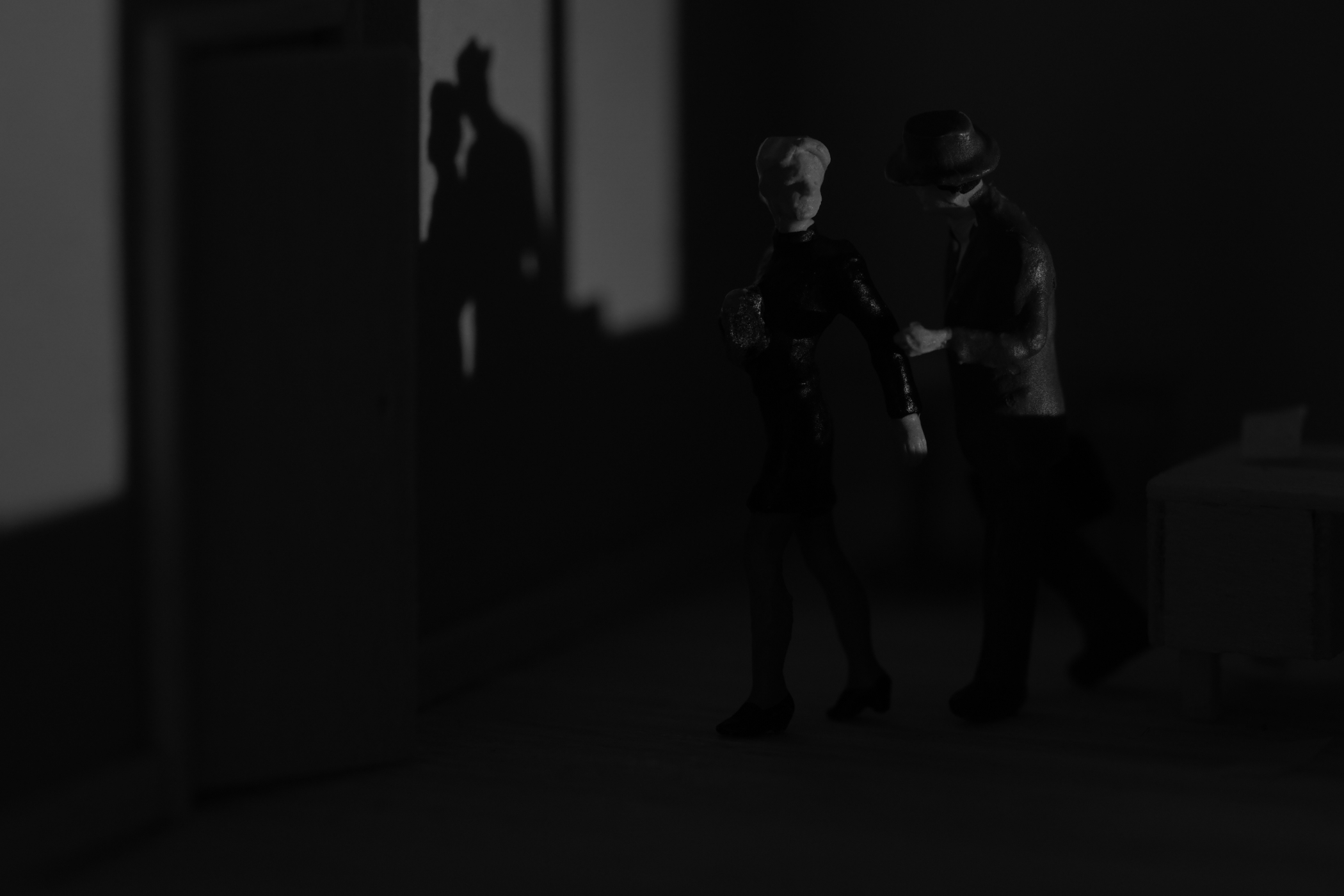 And here’s the box as it looks in our reality: 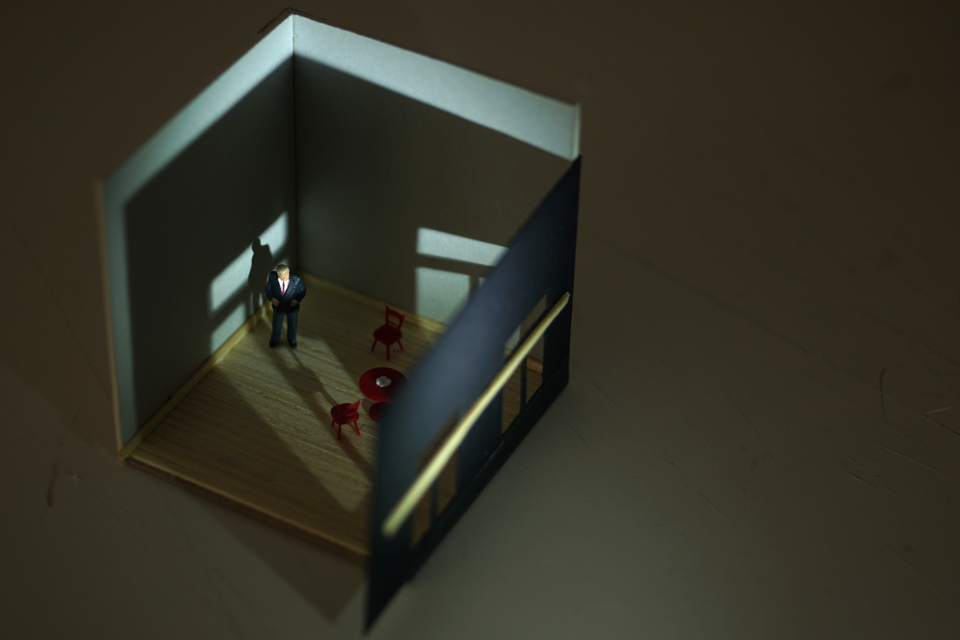 After making all these pictures, I had a new idea involving more sets I had already built. But for that, the box needed prettier windows. The last picture shows how it evolved. 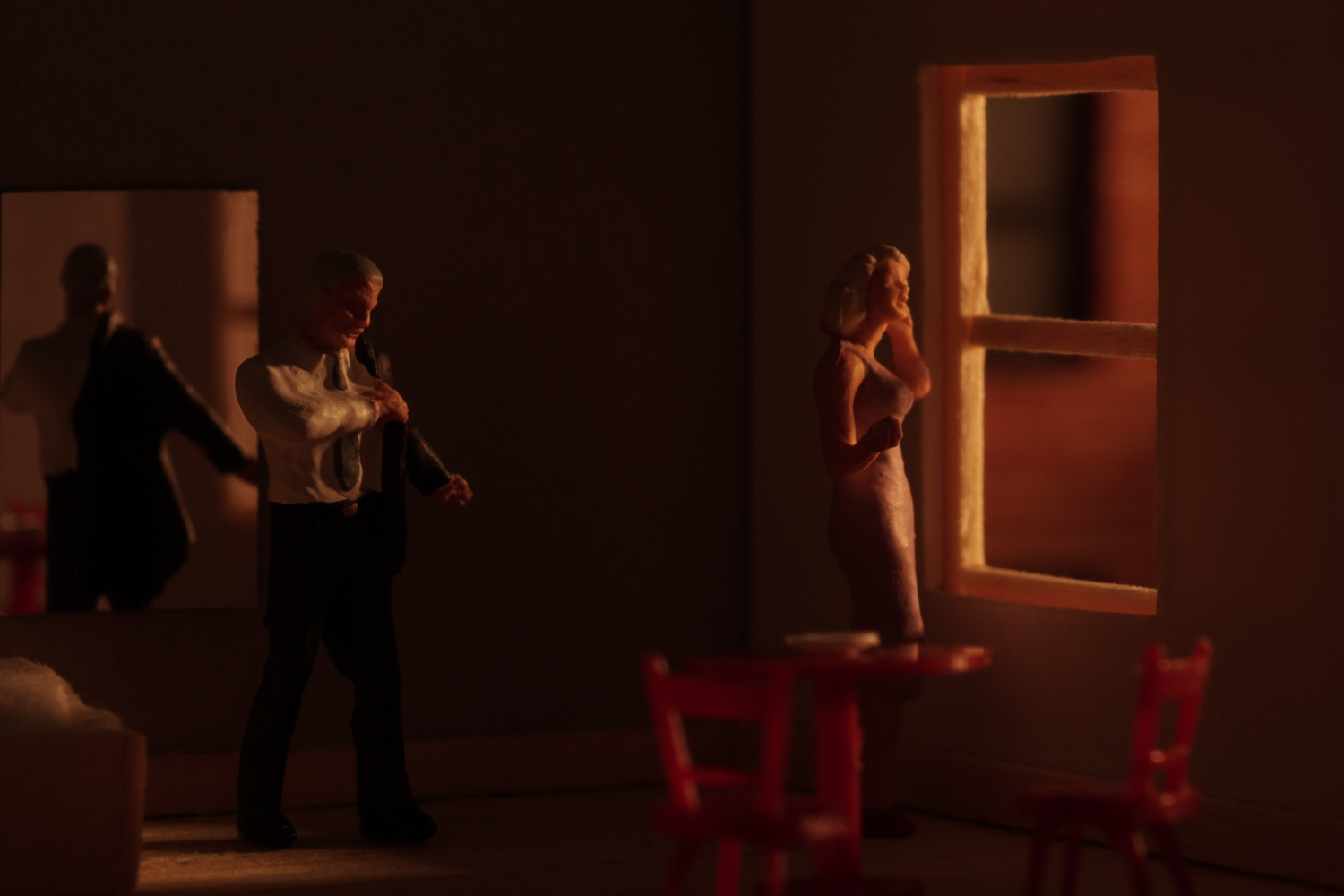 How about you? Do you keep the things you build for your photography around or do you destroy them? And if this does not really apply to your photography: Do you think it would be a good idea to discard old sets?