So long San Francisco, you were great!

A couple of months ago, I wrote an article about my motivations to cross an ocean to get to San Francisco for a toy safari. Now that the safari is over, did it fulfill my expectations?

The weekend was a lot of fun. We laughed, we took pictures in nice places with a lot of talented artists. Shelly summed it up in another article, so I will not write about what we did during those days. Instead, I prefer to talk about what I really liked during this safari. 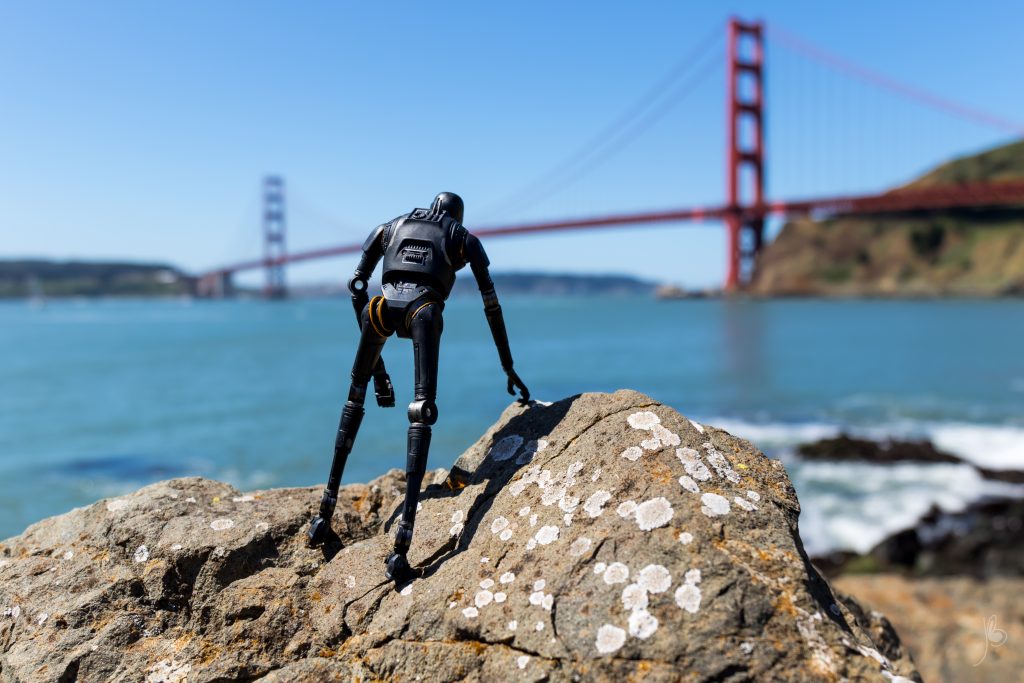 Almost twenty people attended this toy safari. All of them really talented. There were the ones that I knew from Instagram and the new ones that I discovered a couple of days before the safari (because I looked for them on Instagram when we receive the attendance list).

Except for Maelick that I knew from my past European safaris, it was the first time for me meeting all those people in real life. They were really welcoming and fun. Some were really curious about the French culture and how we called “French fries”, “French bread”, “French kiss”,… in France. 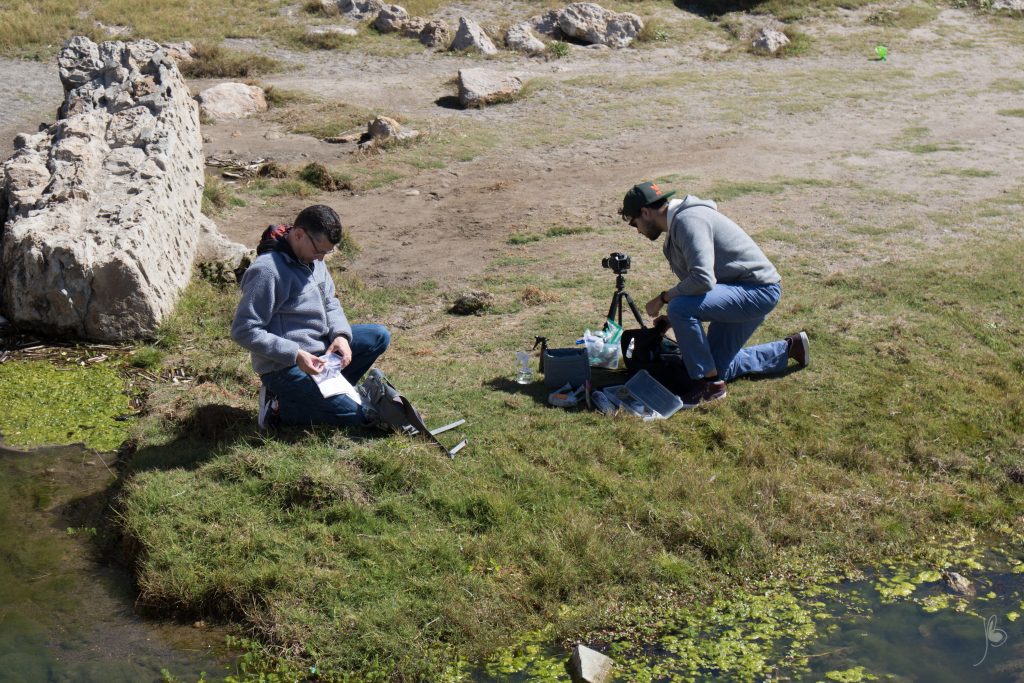 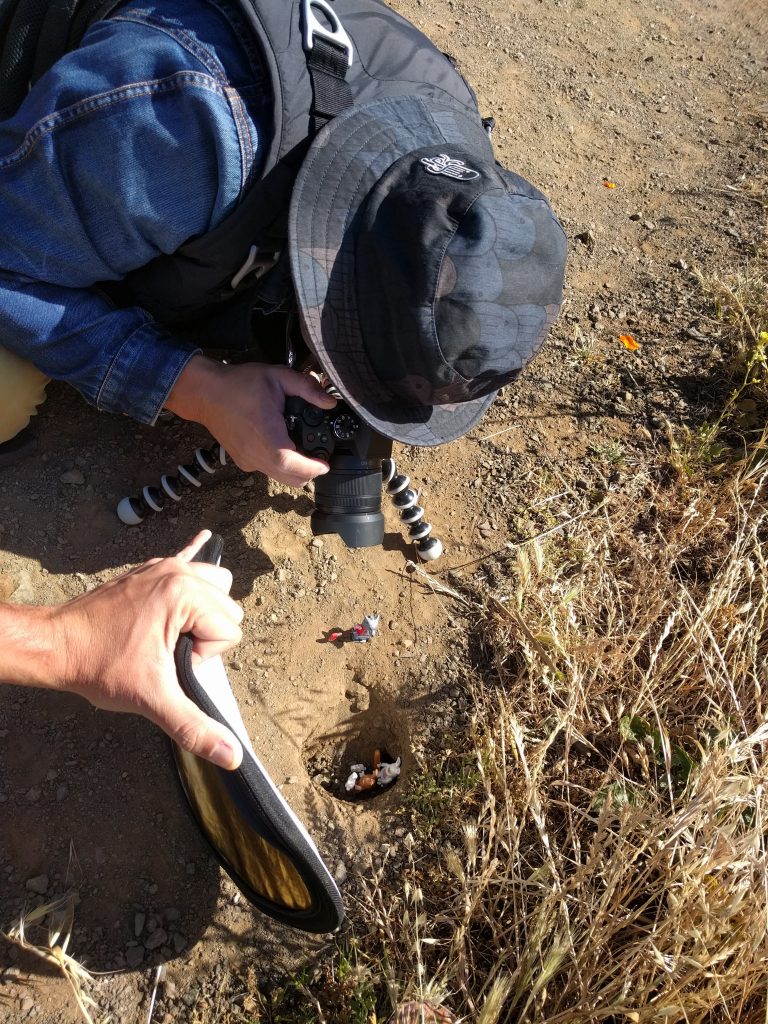 Compared to Europe where most people that have been participating to toy safaris were mainly Lego photographers, here, in the US, I discovered some artists who were playing which bigger action figures. One even brought ninja turtles which were the size of infants (They were soooo big). It was really interesting to see them work with that scale of figures. It’s not always easy for me to work with bigger toy, or at least it requires some time to get used to it. I also watched them do some practical effects for their shots which was great. I may try in the future to throw gravel or sand at my Lego minifigs to see their reaction 😉 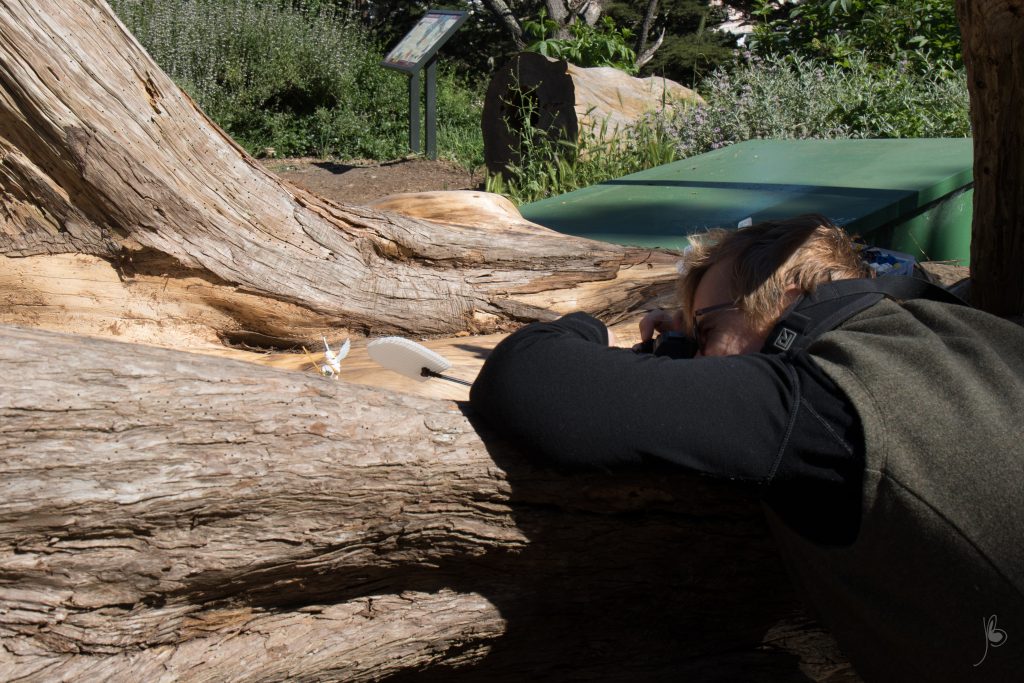 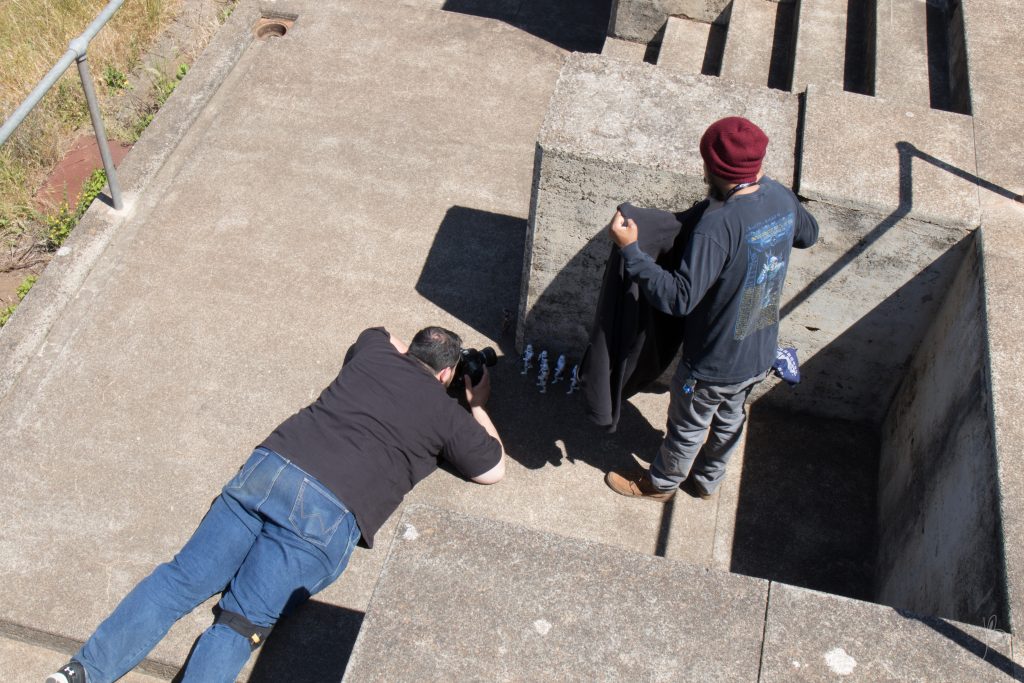 During this safari, I had the pleasure of participating in several collabs with some great artists.

As Shelly described me in her post, I am always there to help and I have a lot of stuff with me. So if you need anything I  must have it. That way, I was able to help Shelly with a couple of pictures (such as her x-wing picture) and I provided Fathersfigure with some bees for a really funny collaboration .

But it did not stop here.

Maelick that I have known for almost a year now (since Hamburg toy safari) loves to participate in other’s pictures. While you are focusing on taking your own picture, you will see appear a T-rex head on a raptor body inside your viewfinder. That’s sneaky Maelick. It will surprise you, but it’s really fun. Go back to the hashtag  and try to find the appearances of this crazy dinosaur. 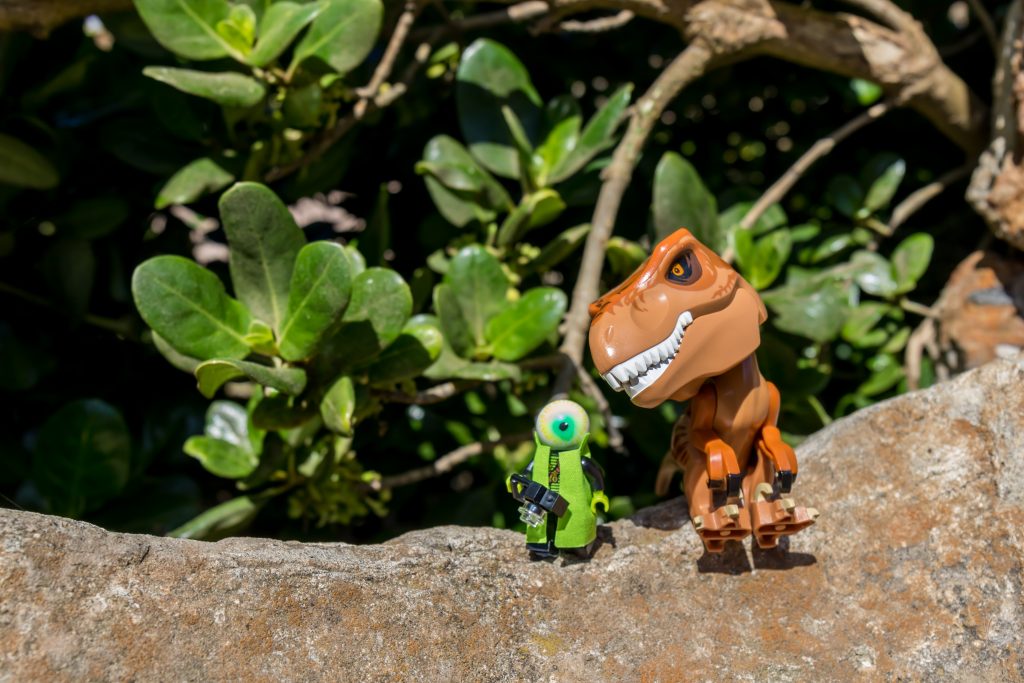 Am I being watched?

I also worked with Doughleyg on making a fun scene. Doug is someone that I had been following for some time and I was really looking forward to meeting him. I had such a great moment. At some point during the weekend, I offered to make a collab with him and each of us selected minifigures and we created a very funny scene. Guess which character are Doug’s and which are mine? 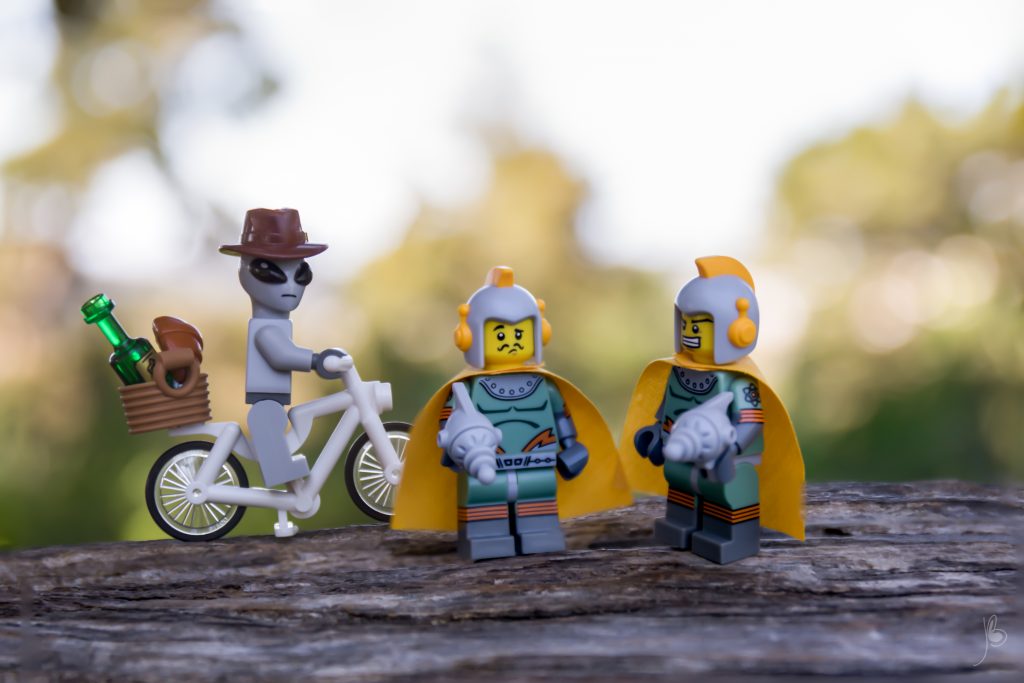 On the second day, I had some trouble finding creative inspiration. Then, I saw Lego_laws crouched on the ground near a hole setting up a scene. Naturally, I went to him to see what he was doing and help if necessary. A couple minutes later, I found myself creating a larger bunny story with him. I added a rabbit character. Then, Krash_Override came by and he suggested the addition of a new one. The love story became much darker and the story went down the rabbit hole. 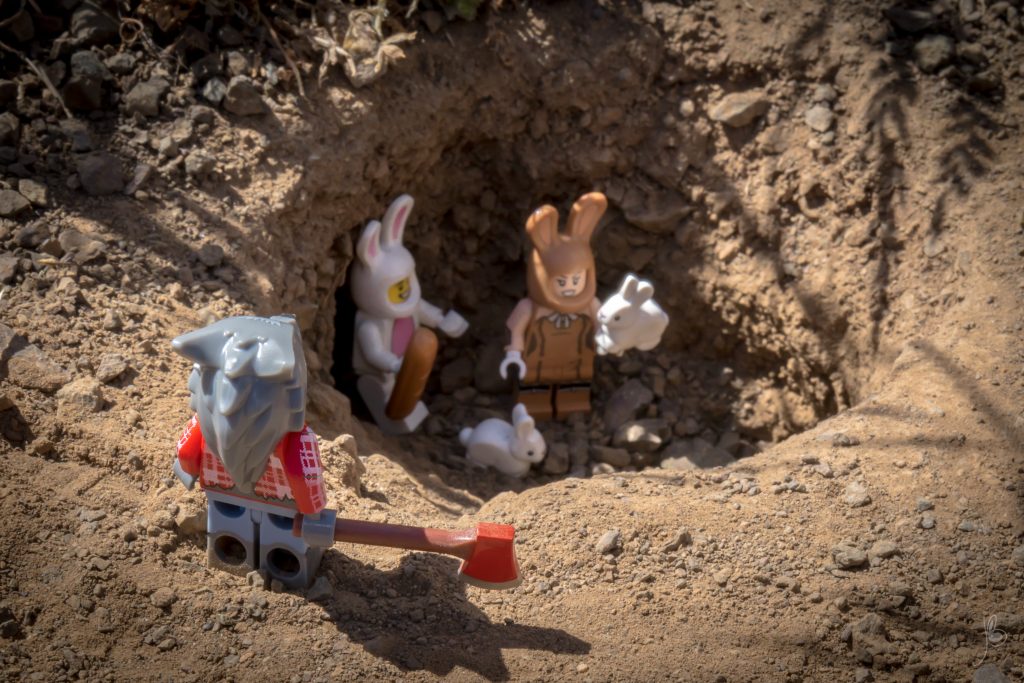 Down the rabbit hole

Collaborations are really fun. They make for some really great moments shared with other artists.

Next time, I will do even more collaborations.

During toy safaris, you have the opportunity to make some great connections with people. As I said before, you meet people that you were following (like Shelly, Doug, Leila and Cindy) in my case and you meet new people.

What is great with toy safaris is that the connections do not stop only at the safaris. They continue well after the weekend is other. I have a lot of pleasure meeting again my old pals from the other toy safaris.

And here, even as the weekend was other, Maelick and I stayed a bit longer in San Francisco (we could not travel to the US for just a weekend). We continued the toy safari on our own, together (in downtown San Francisco and even on Alcatraz Island) but we were also welcomed by Wikitoybox (who lives around SF). She took care of us during the next days. She brought us to some of her favorite locations such as the wave organ or fort Baker to take pictures of toys and we spent all diners together. The after-party with Kiwi was really awesome. Thank you very much to Dee and you, Kiwi. 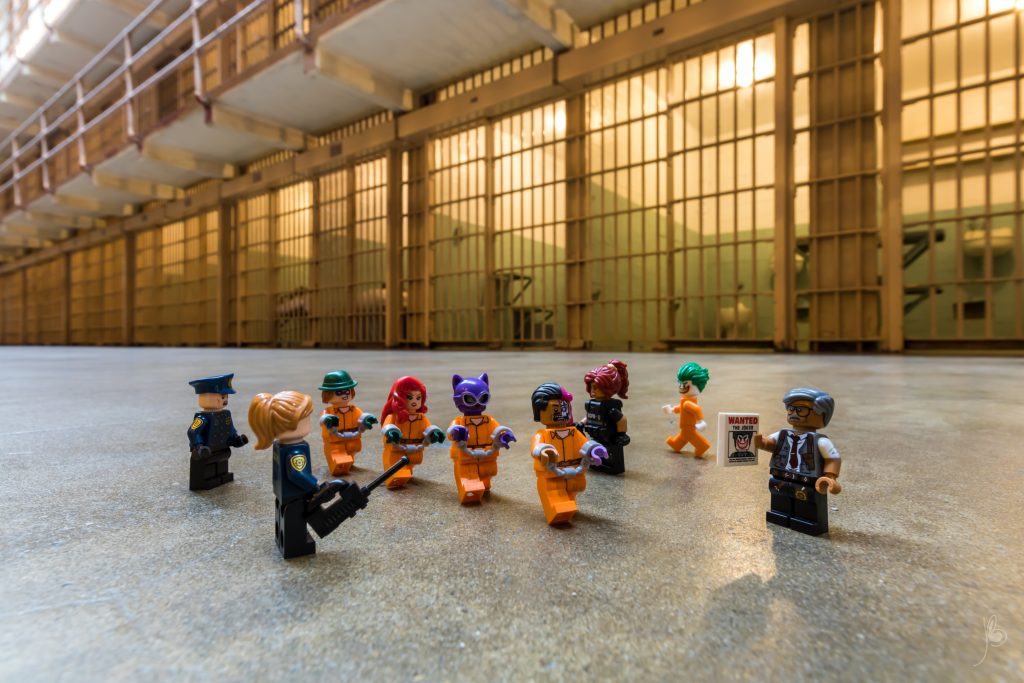 Where the hell is Joker? Did he escape from Alcatraz? 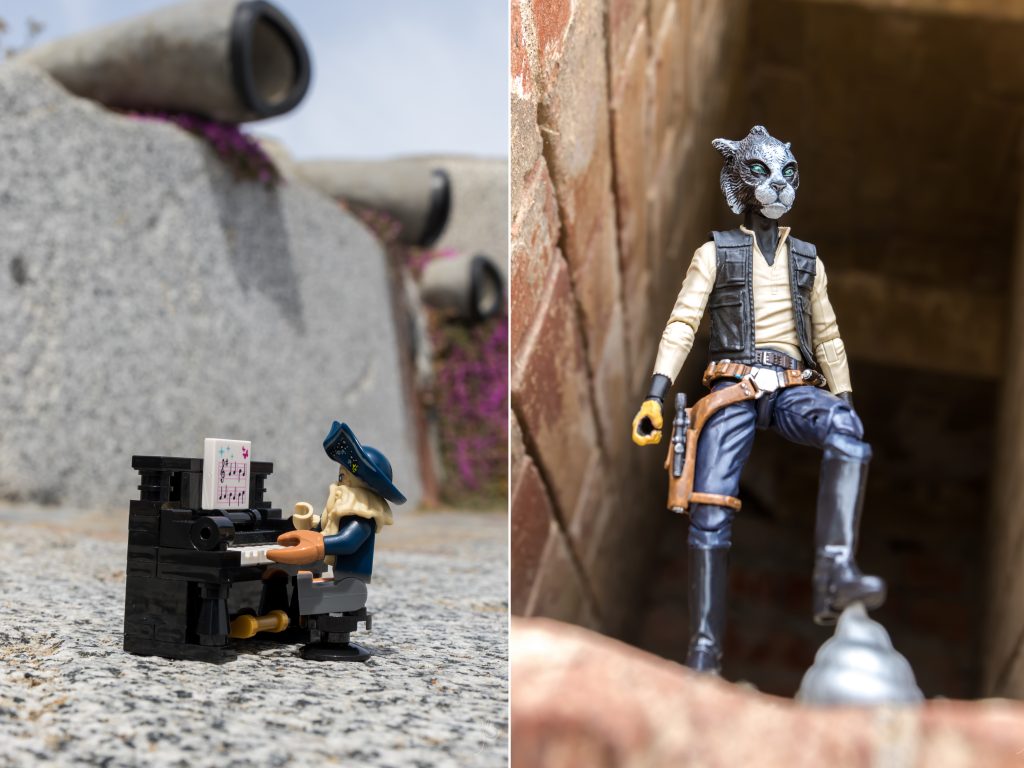 At the wave organ (left) / At Fort Baker (right)

There is one thing from toy safaris, that even my colleagues love (Yes, I said my colleagues). It’s the print exchange. Indeed, all the prints that I receive from my toy photographer friends are hanged in my office next to my desk on what I call my “Wall of friends”. And it pleases me to look at those amazing pictures but also my colleagues who come and see me, sometimes only to discover the new pictures. So if you want to add your art to my wall, don’t hesitate to get in touch with me. I have plenty of space. 😉 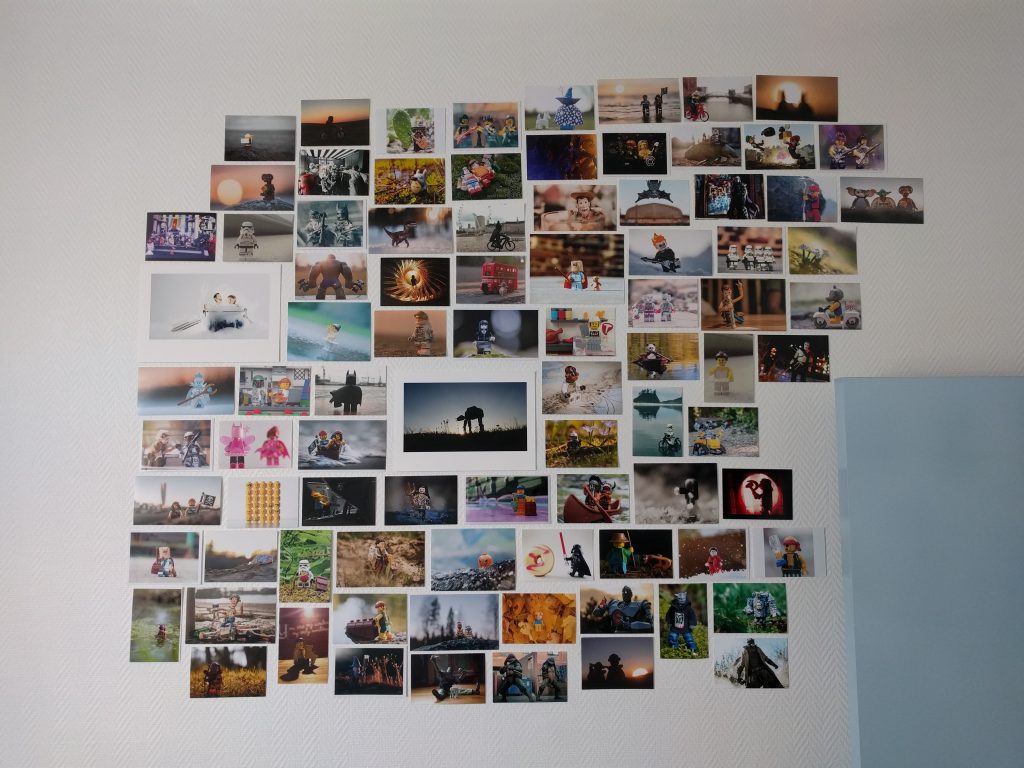 State of my “Wall of friends” while writing this article

So, will I get back next year to the US for the next American toy safari?

Of course, I will. Or at least, I will do my best to come. It is so much fun, I don’t want to miss it. That is the problem with the toy safaris: when you try it, you can’t resist. I don’t want to be like Brett and to have to follow others IG stories. I want to be the story. So, wherever it is in the US, I will try be there.

By the way, I miss you all.

See you next year, if not before (in Paris for example, for a toy safari, why not…) 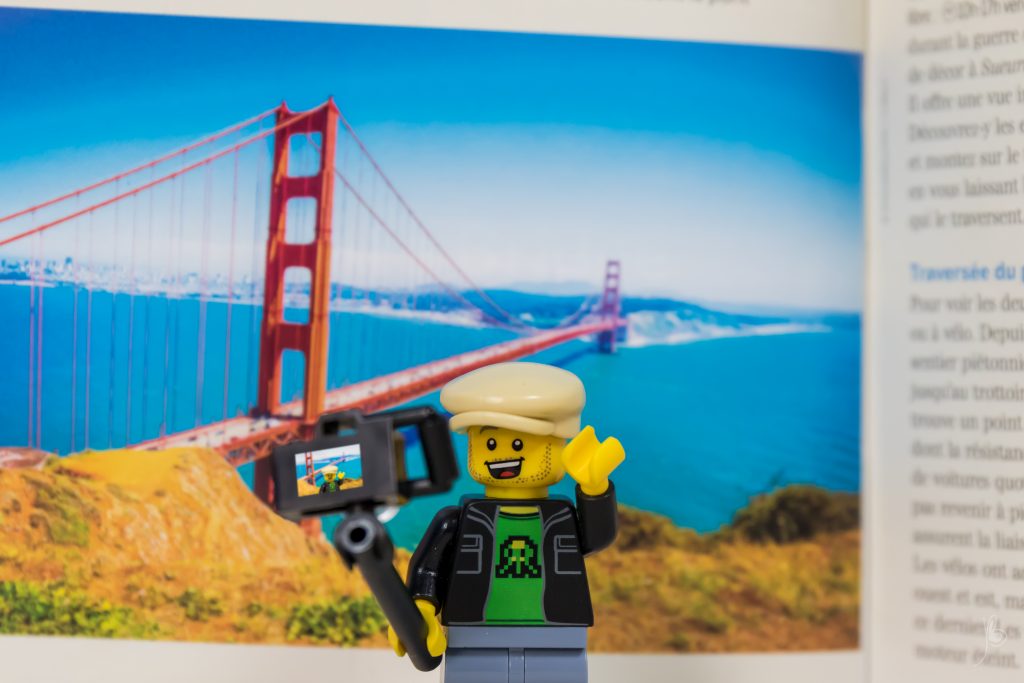 Me, before the toy safari 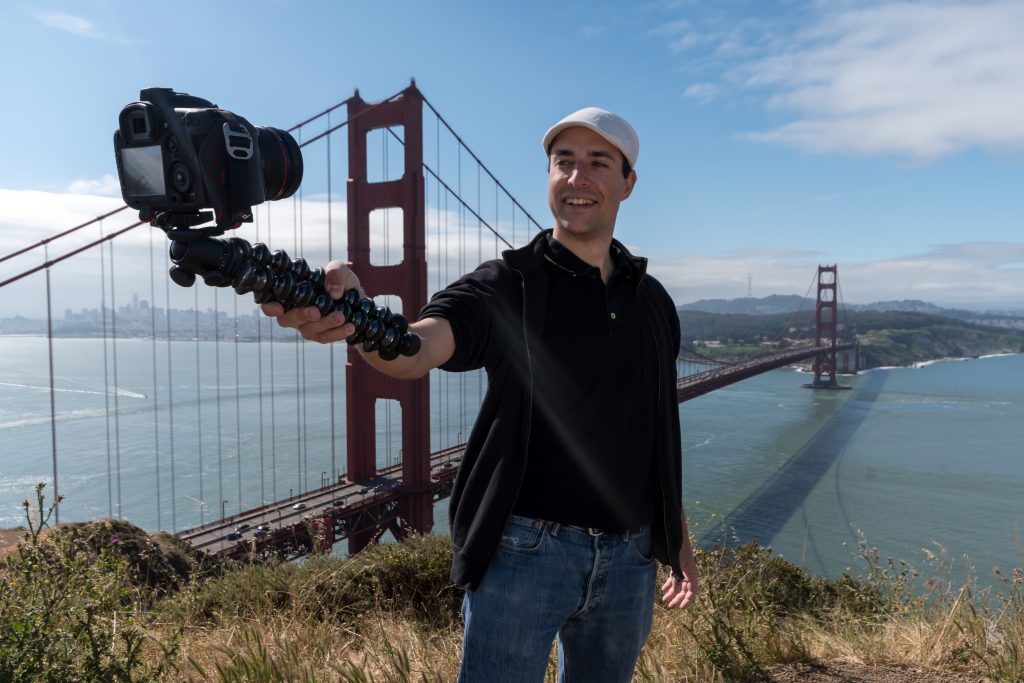 Me, during the toy safari

About the Author: Ballou34