Call me crazy, but I think our little corner of the internet – the fun corner where all the cool kids hang out with their cameras and their toys – is starting to draw some attention from, dare I say it… the “mainstream.”

Over the last few months, I’ve noticed a lot of toy photography come from sources I wasn’t quite expecting. At the risk of tooting our own horn, I suspect that this awesome community, and most importantly the work of the people in it, have something to do with it!

I first noticed this on Twitter. A few celebrities I follow have been tweeting out toy photography, not for any apparent promotion, but simply because the photos are of characters that they play in popular films. Take Gwendoline Christie (Game of Thrones, Star Wars: The Force Awakens) for example:

Or Mark Ruffalo, of Avengers fame, who will soon play the Incredible Hulk again in this fall’s Thor: Ragnarok:

A lot of people were asking what happened to #Thor’s hair in Ragnarok…(thanks #EdyHardjo!) pic.twitter.com/NtbopmWfU2

This newfound mainstream popularity goes beyond celebrities simply reposting photos taken by toy photographers; brands have jumped on the bandwagon as well!

Target hired a photographer to show off some of their Star Wars toys to celebrate the release of Rogue One, Hasbro enlisted the help of toy photographers (many of whom are part of this very community and have written for this blog!) to recreate scenes from A New Hope to celebrate the film’s 40th anniversary, Google+ not only helped us with our blockbuster photo challenge last month, but the San Francisco Toy Photo Safari as well.

LEGO has not only increasingly shared and reposted shots from toy photographers on social media, but they’ve begun taking their own pics too! Take this recent shot to tie into the release of Pirates of the Caribbean: Dead Men Tell No Tales for instance:

Rather than to resorting to their usual corporate-looking, computer-generated shots of LEGO minifigures, the folks at LEGO sent a photographer out to snap a real pic instead. If you told me that this was taken by someone in our community, I’d believe you! It looks just like something that would grace the #toy_photographers tag on Instagram, or have been included in last month’s #TinyToysBigScreen challenge. Stylistically, it’s uncanny.

What does it all mean?

Regardless, I like to think that there has to be some correlation between the steady rise of toy photography and its popularity in more mainstream sources.

We’ve often mused about where toy photography “belongs” in the art world. Perhaps, before too long, we won’t have to ask ourselves that anymore. Time will tell… 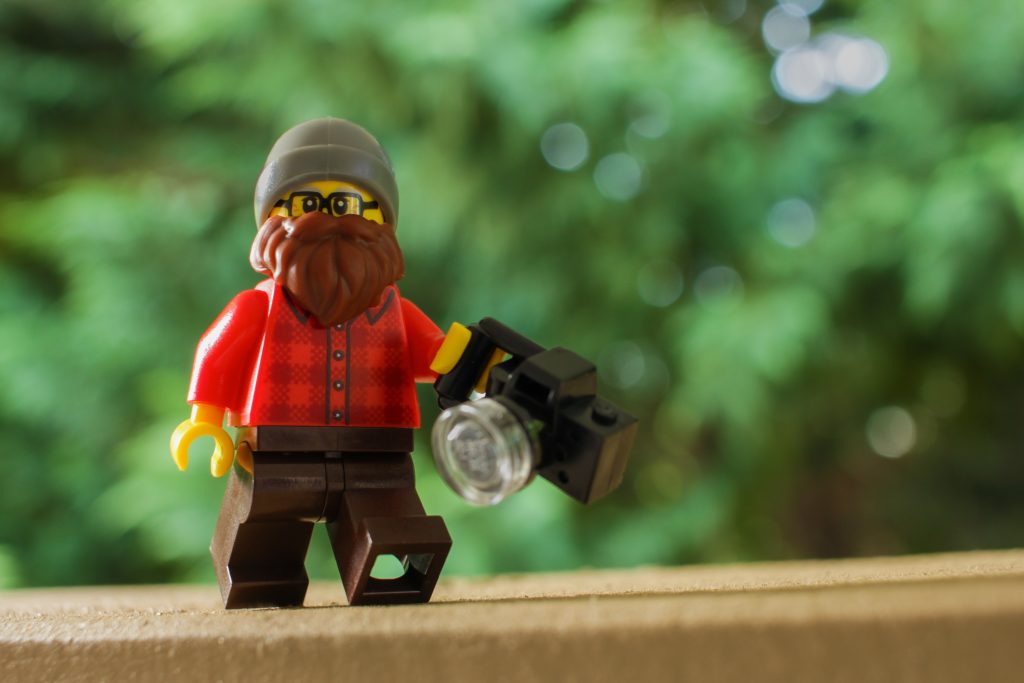 Hipster Guy liked toy photography before it was cool

Have you noticed toy photography going mainstream? If so, where? If not, keep an eye out for it!