Last week Shelly announced our new series: The Six Image Narrative. A new series? More like a new challenge! And a whole new process to come to grips with!

With Shelly’s announcement fresh in my mind I spent last weekend thinking and planning. I took her advice and looked back through past images, searching for the illusive “unconscious thread”. This search, together with Jennifer’s post about revisiting old images, surprisingly unearthed a series of photos that I’d completely forgotten about; photos taken before the move from iPhone, that told a story, that deserved reworking.

I like speculative fiction: dark narratives
Of the future that looms. Of our impending doom.
Propagandhi – Things I Like

Around June of 2014, I took a series of photos of a LEGO IG-88 when I was experimenting with my first living diorama. I’ve always loved the IG-series assassin droid. I remember Santa bringing me a Kenner sixth-scale Iggy when I was a kid in the early 80s. Oh, if I’d only known back then what I know now, that lovely bugger would still be with me!

I’ve always found something sad about this assassin. There’s something Tin Man-esque about his stature, a forlorn figure, a melancholy mechanical man. The LEGO version of Iggy seems to accentuate the sorrow, with a heavy head and a posture that doesn’t topple when hunched over. 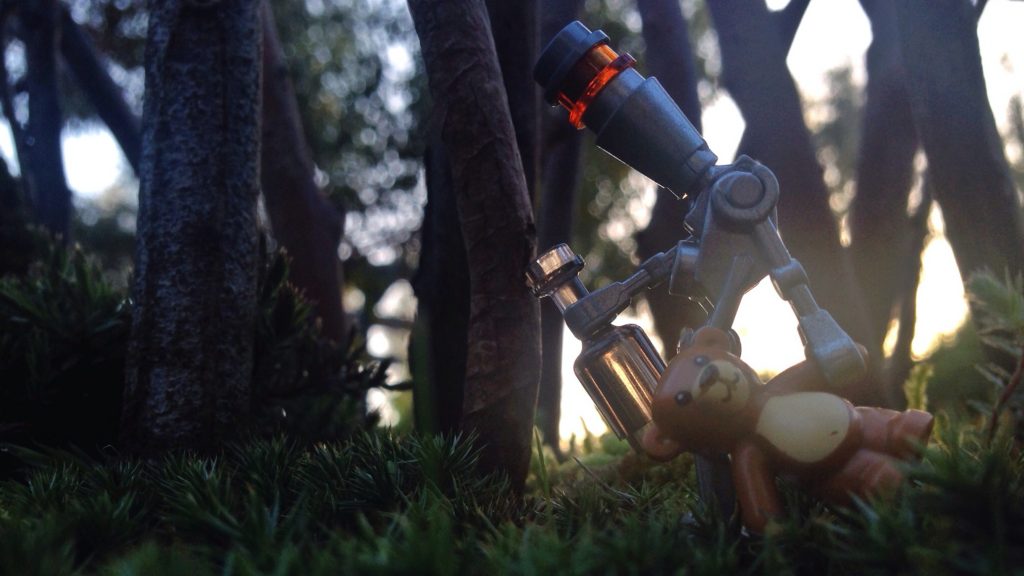 The downhearted nature is what I’d attempted to capture back then with titles such as “[sa]Droid, [frien]Droids and [resurrecte]Droid”. 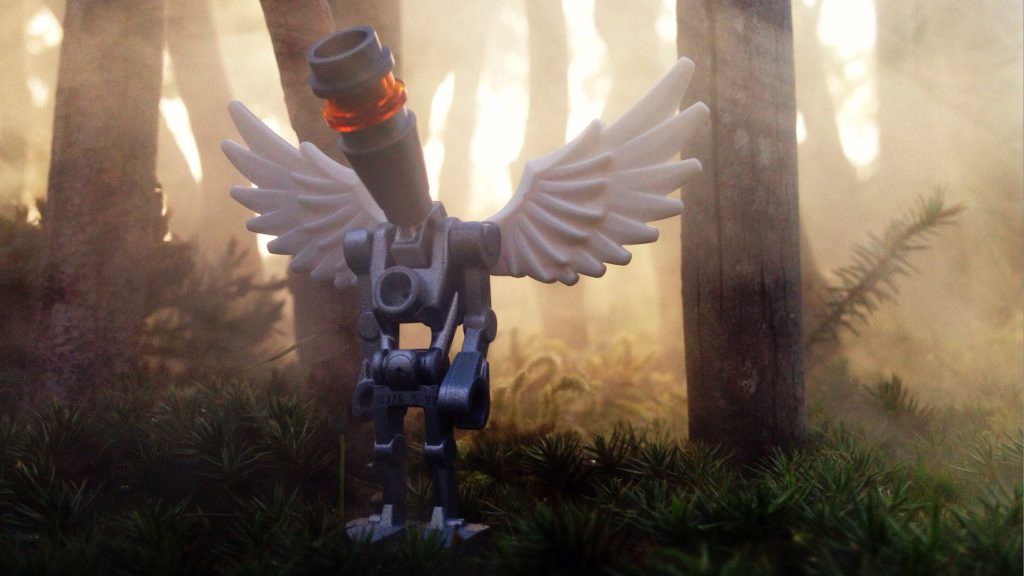 So, bolstered by Jennifer’s wonderful reworking of old photos, motivated by the challenge of portraying a narrative in six images, and excited by the latest version in the new LEGO Bounty Hunter Speeder Bike Battle Pack, Iggy will again take centre stage for six. Who knows, maybe a Kenner Iggy might join in too, just not my childhood sixth-scale one?

For those of you, like me, that are struggling to think of a narrative for the Six Image Narrative, I encourage you to look back through your images as Shelly suggested. Who knows, you might just discover something you didn’t know was there? And you might also get the chance to rework something that you never knew you wanted to!

Have you started thinking about your Six Image Narrative? Did you scroll back through your past to look for a pre-existing thread?