If you’ve ever read the Toy Photographers blog, you know that we’re big fans of Google+.

We leave a little invite to our community at the end of each blog post, and Shelly herself has written several posts about the thriving platform, the big opportunities available there, and how our community was even featured in Mashable earlier this year.

I won’t rehash too much of what Shelly has already said here, but because of the disappointing and frustrating goings on over at Instagram at the moment, I thought I’d take this opportunity to offer my two cents on why Google+ has quickly become my go-to platform for toy photography.

Like many, I always viewed Google+ as the redheaded stepchild of the social media space. With giants like Facebook, Instagram (which is now owned by Facebook), and Twitter dominating the internet, do we really need Google+? As it turns out, we do! Because of all off the social media channels out there, Google+ seems to be the most receptive to creativity, to connecting with others with common interests, and with supporting its users.

Twitter has come under fire in recent months for how badly it fails to stop abusive bullying. Facebook has felt corporate for years, and Instagram is slowly “shadow-banning” users for arbitrary or confusing reasons, adding algorithms that make it harder for posts to be seen, and ultimately turning its back on the communities that helped make it popular in the first place. 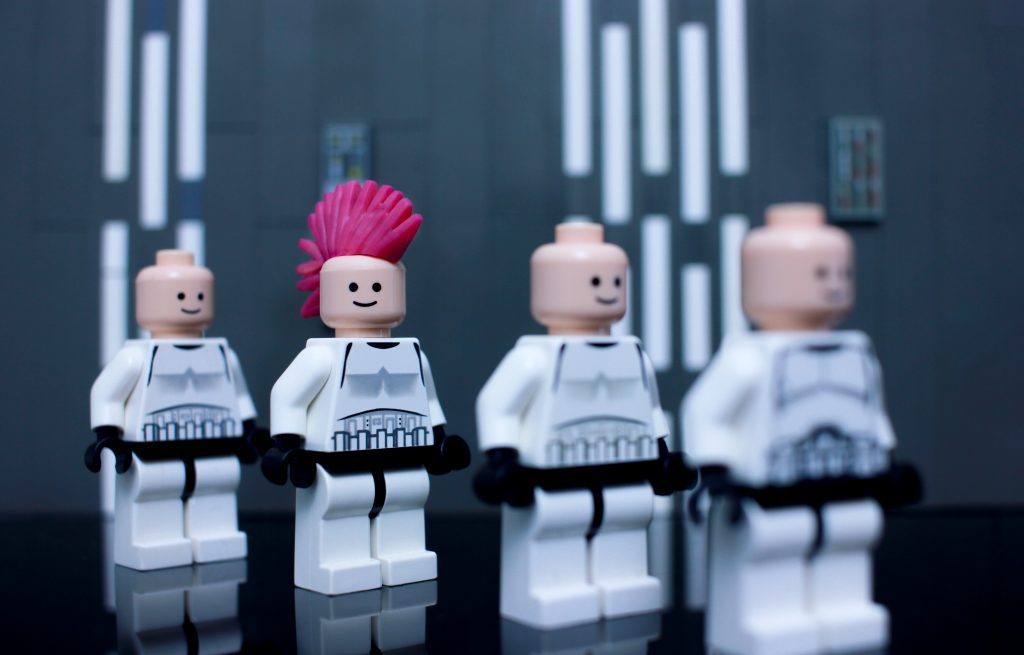 Google+ is the new punk rock!

I began actively using Google+ last November, and quickly fell in love with it. It’s now my primary place for sharing my work and communicating with my friends and fellow photographers.

I want to take a moment here to thank Shelly for all that she has personally done to foster the toy photographer community on Google+. And when I say “community,” I don’t just mean the official Toy Photographers community that you can become a member of. I mean the global community of toy photography that is not only growing, but booming and expanding every single day. And the best part is, the folks at Google+ are working with her to continue fostering that growth, and are even helping sponsor the upcoming San Francisco Toy Safari! How cool is that??

So, when I say that Google+ is the best place for toy photographers, I mean that because Google+ is actively making sure that it is.

I also want to thank Tony Tulloch, AliceinCleveland, Jason Nvmore, and Brett for acting as the moderators in the G+ community. Their tireless efforts have created a safe and exciting place to share your work, grow your audience, participate in monthly challenges, share behind-the-scenes shots and stories, and so much more. We’re always looking to put the social back in social media, and there’s no better place for that than G+!

Jason is also the first one to suggest that you “Come to the Dark Side, we have cookies” in relation to the Google+ community. And while G+ more closely resembles the establishment-toppling Rebel Alliance than the more Facebook-like Empire, it’s a fun designation for the community nonetheless and was the inspiration for my Darth Vader wheelbarrow photo you see here.

So, yes, come to the Dark Side! We have the most delicious, accepting, fun, and exciting cookies around.

Also, don’t forget to subscribe to the blog to get notified when we have a new post ready for you!