May 6th, 2014. When @zenith_ardor got a LEGO Tauntaun for his birthday and I’d just ordered one online, @smokebelch2 joked that there was “gonna be a Tauntaun showdown”. His taunts morphed into a photo gathering, the #tauntaunshowdown. An impromptu get together that spawned many more photography gatherings.

Together with @east_mountain, the four us started ‘hosting’ themed photography gatherings on Instagram from time to time.

There was nothing official about these gatherings. They were just a bunch of friends inviting others to join in and post photos based around a given theme, on a particular date or weekend. The unofficial tagline for these gatherings is “No winners. No losers. Just fun.”

The initial #tauntaunshowdown was a disaster for me; my Tauntaun never arrived from the Netherlands in time! But, despite this, these casual gatherings have become something more than just a bunch of photos based on a theme.

With the four of us spread over the world, these gatherings are way for us to connect online. The distance between us all disappears as we share photos, comments and laughs.

These gatherings also seem to emerge when motivation is waning. There is a tangible buzz with the mention of another gathering; ideas for a theme blossom, chatter about a unique and ‘free’ hashtag kick-start creativity, potential photo concepts start to bubble away. 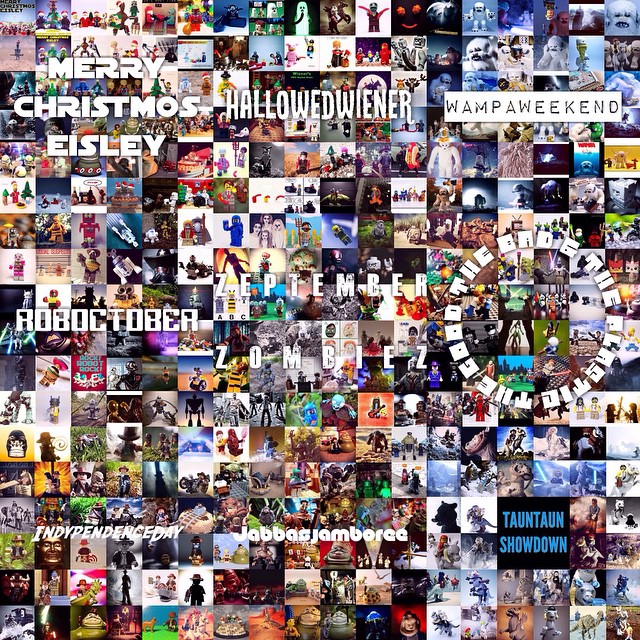 2014. Photo collage by @smokebelch2. Photos by lots of wonderful folks that joined the fun.

Since then, these gatherings have been somewhat sporadic. But they always seem to pop up when they’re needed. After all, who doesn’t occasionally need a source of inspiration? And who doesn’t like fun?!

So if you’re in need of motivation and looking for some fun, join us on the weekend of the 6th (that’s the three year anniversary of the original!) and 7th of May for our latest gathering. The theme for this one is “Roaring For Toys”, #roaringfortoys; a play on the name for the strong winds found in the Southern Hemisphere*, The Roaring Forties.
*I’m sure this is a dig at me?

This is a photography gathering of beasts; Rancors, Dragons, Godzilla, Bigfoot, Squarefoot, Griffins, etc. It’s a gathering that welcomes all toys. Heck, as long as it fits the beastly theme, it doesn’t even have to be a toy. @east_mountain’s wonderfully talented wife Carin made a cake for the Jabba’s Jamboree gathering. Yes, a cake!! 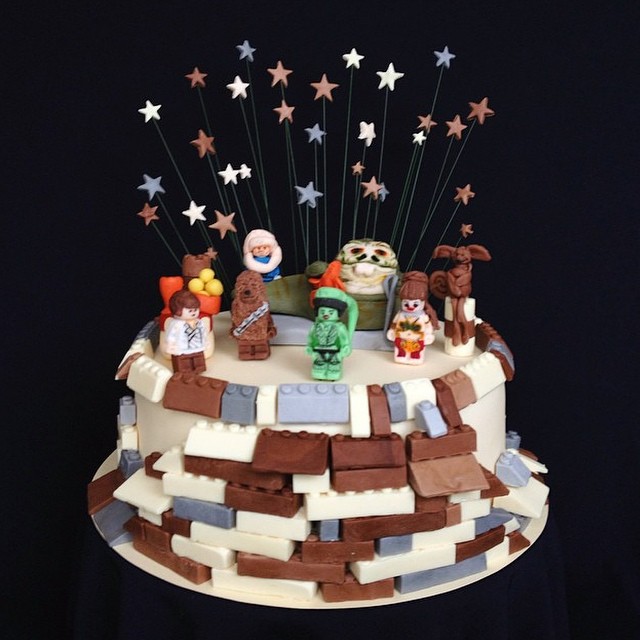 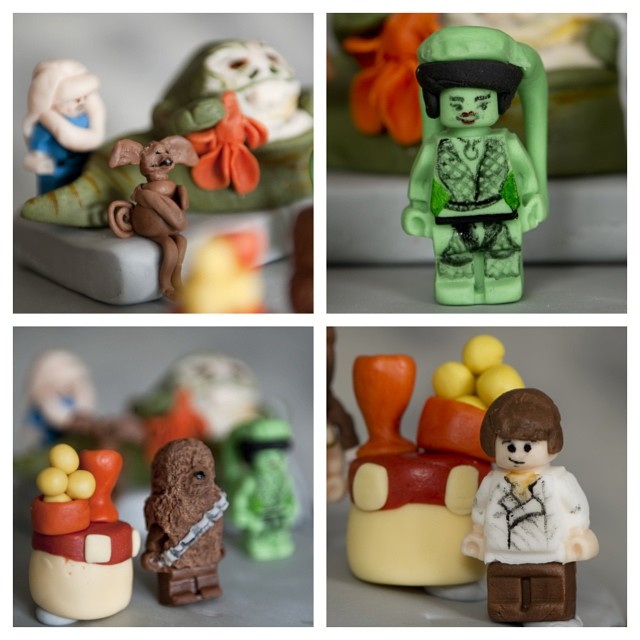 Now if cake can’t persuade you to join us, I don’t know what will?

Gather your beasts, photograph them and post them to Instagram on the 6th and 7th of May with the hashtag #roaringfortoys. And as with all our gatherings, no winners, no losers, just fun.

A whole lot of fun!