A Behind the Scenes look at “Killer Score”

This is the first of three photos I took for the Stuck in Plastic Star Wars contest two month ago. The title is “Killer Score” and I was playing with the bounty hunter nature of IG-88. He was probably thinking: “I’m gonna get you, damn Han Solo! Just let me unlock the multiballs!” None of these photos were chosen but Star Wars LEGOgraphy is not exactly my thing; there are many, many photographers out there much better than I. 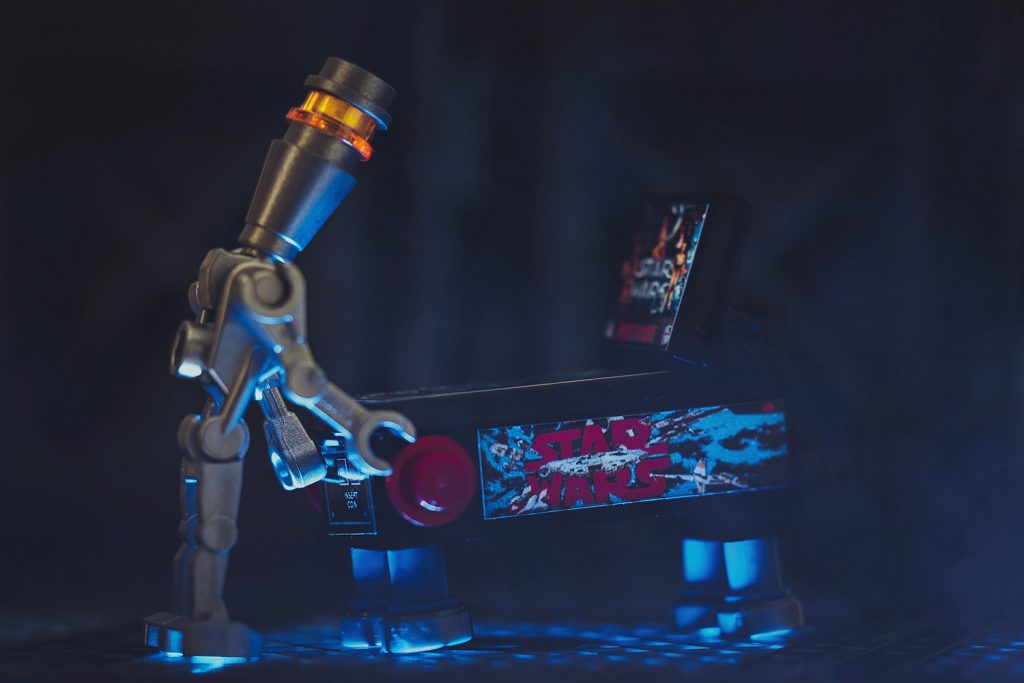 I’m a big fan of Star Wars and Start Trek too, and wait a minute, also Spaceballs, well, basically I like anything with a “Space” or a “Star” in the title. And I love to mix the things a little bit. Anyway, I had fun taking these photos, because it was something different from my usual Benny and Mr. Robot photos.

But this is a look at “Behind the Scenes”, right? In the second photo you can see my “studio”… err, my half desk that I share with my wife. Sorry for the poor quality, but I used my smartphone. 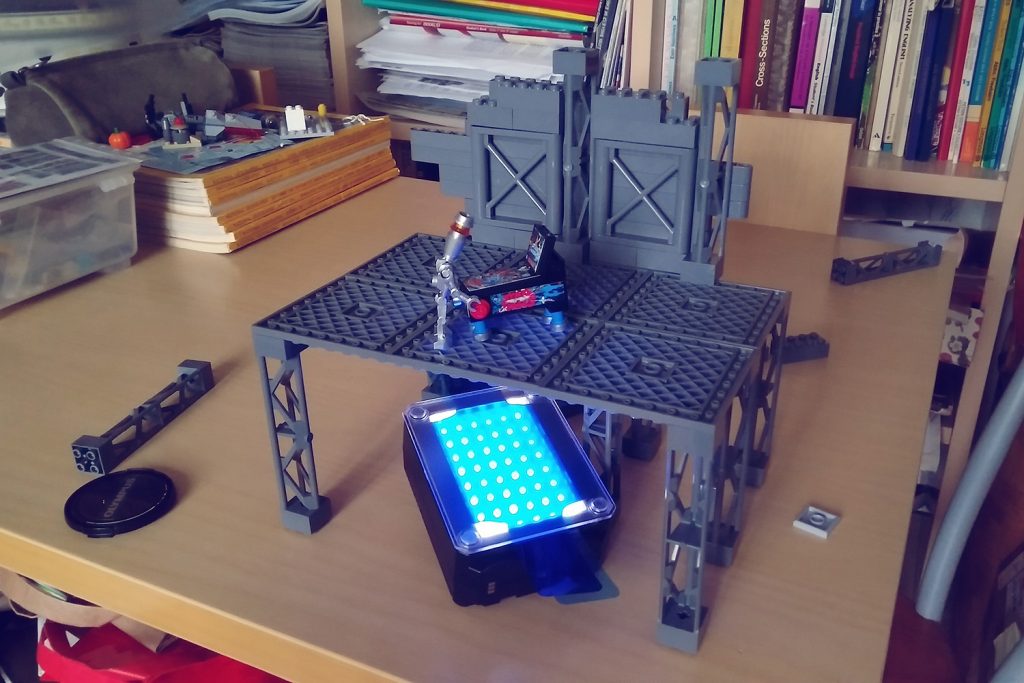 A behind the scenes look at the making of ‘Killer Score”

The “Killer Score” photo was taken with my M.Zuiko 60 mm f/2.8 Macro (and I use a Olympus Pen E-PL7 as body) at f/2.8. The depth of field is not exactly perfect. As you can see, the right arm of the droid and part of the pinball machine are out of focus. I should have used at least f/4.0 or f/5.6, but I was running out of time for the contest. I took more than ten different versions.

For the lighting I used a Metz Mecalight 320 with a cheap blue gel. I underexposed by two stops and I gave the usual treatment with Lightroom. In addition I added a smoke layer (barely visible, but I didn’t want to overdo) with Photoshop. The pinball machine was created by me and a friend of mine, who did all the graphics and printed the stickers.

I hope you enjoyed this behind the scenes look at “Killer Score.”!