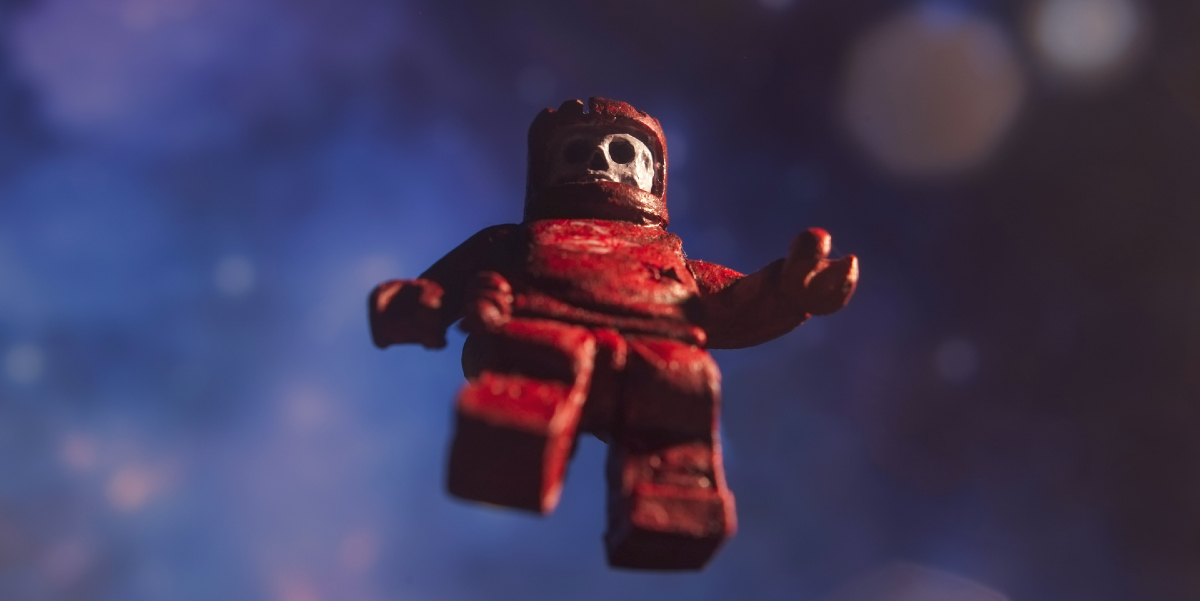 Long ago in a distant galaxy…

The search for an ideal spacecraft fuel, that would allow mankind to cover great distances in a relatively short time, is still ongoing. I’ve discovered such a fuel! If only it could be implemented aboard these vessels, we would already have space in our pocket.

This fuel is nostalgia.

I’ve already mentioned the power of nostalgia here. You probably already guessed that today the concentration of nostalgia will be so high it will drive all the vacuum from our surrounding space.

In the 1980s, when the LEGO Space sets and minifigures were a spectacular hits and capturing children’s hearts in Europe and the United States, these very same sets were as distant as the Moon for children behind the Iron Curtain. Imagine LEGO is available in stores where you can only pay with dollars, which Polish people were not allowed to have at that time. So, officially, purchases in these stores were based on illegally obtained dollars, but the same system that made dollars illegal to possess also created the stores that required them.

What am I getting at? For many of us—children living at that time on the eastern side of the Iron Curtain—LEGO Space was truly a symbol of a different world, like from a completely different planet. We knew many of these sets only from photos in catalogues, and we played with them only in our imagination. These childhood dreams fuel the nostalgia.

I think it would not be a stretch to say that Ścibor Teleszyński also has quite a lot of this fuel. He’s the creator of miniatures and bases for different kinds of war games, role playing games, etc. Recently he became also a LEGO MOC (My Own Creation) maker as @back_to_lego_space on Instagram. As a result of mixing Teleszyński’s various passions, we get a series of collectible figures modeled on classic LEGO astronauts. But they’re undead.

Zombienauts look like minifigures after very difficult times in space. Moreover, here and there one can see references to their gaming miniature relatives—such as ribs or skulls grinning from the inside of the helmets. I have four astronauts who have had bad luck, including two who will drift in space for eternity in the dead interior of spacecraft wreckage, and two who will float in the boundless void of space till the end of time.

The zombienaut dragging the hook was the first to reach me. This minifigure’s pose clearly indicates that it is not easy for him to drag his hook. On the other hand, the condition of this astronaut indicates that it doesn’t make any difference to him. There is something disturbing about this modification—was the hook attached before or after the astronaut’s death? What is it for? Who fixed it? The answers to these questions is only the squeaking of the suit’s elements and the screeching of the hook as it’s slowly dragged along the metal floor of the wreckage.

His companion, in turn, elicits sympathy, mostly. Not only because he clearly looks lost, but the method of attaching a rusty wrench instead of a hand is also touching. On the other side of this figure’s torso, the wrench is set in place by…a button.

I couldn’t help but paint the button red and name the zombienaut The Red Button. Maybe it was this astronaut who inadvertently pressed the red button and destroyed the ship/saved the rest of the crew at the cost of his own life? All of these miniatures inspire stories.

While the two of the above unfortunates roam the wreckage [maybe it’s even the same ship!], we also have the drifters. Both figures are modeled very expressively and really look like they’re floating freely in the interstellar void.

Only calm emanates from these figures—deadly calm.

All of these figures look great in front of the lens. The lack of articulation is not a problem here because each character is expressive enough. Ścibor also released skulls and skulls in helmets, which one can attach to the original LEGO Space minifigures to make them spookier. As we can see, there is enough variety for making undead astronauts from ’80s.

Hello, this is your captain sticking.

But that’s not all! Ścibor also prepared sets of stickers for bricks, so my astronauts can update their systems from the ’80s and work on well-known hardware, without worn screens and keys.

There are so many stickers, and they are so diverse that you can successfully build your own universe command center.

This review is not sponsored or endorsed in any way by Scibor Monstrous Miniatures. It’s merely an expression of pure love for Ścibor Teleszyński’s crafting talent and the mood he creates with his figures.

Houston, do you copy? Since you’re here, we invite you to  sign up to our weekly Toy Photographers email roundup where you’ll get a recap of all the week’s babbling. And while you’re at it, you should definitely join our MeWe community! We hold monthly contests with prizes and lots of other cool stuff.

Tomasz Lasek (@tomekskog on Instagram) has been a toy photography eulogist, lens-through-looker for over 5 years.
View all posts by Tomasz Lasek →