Finding your place in a toy photography fandom

As we often share stories from toy photographers about their “Why” (see JoanMarcF’s post or Carlos Hernández’s for a couple of recent ones), it got me thinking about how we find our place as a toy photographer, and specifically finding a niche within the fictional universes we love.

It can happen organically over time, or sometimes we may search intentionally for a place where we belong, or where we feel we can contribute something special. Today I share my story of searching for a place in the Star Wars toy photography universe here as a conversation starter, hoping it will spark an idea for you as well.

As I have shared before in my article about photography as fan fiction, the character Kanan from Star Wars Rebels is a favorite of mine. He was featured in several of my first photos on Instagram, and is still today (Mar 2019) my profile picture. The Star Wars fandom is huge on Instagram, and huge for toy photographers as well. Just take a peek at these Star Wars hashtags:

With all these Star Wars toy photos, it’s easy for a toy photographer to wonder: “Where do I fit in?” 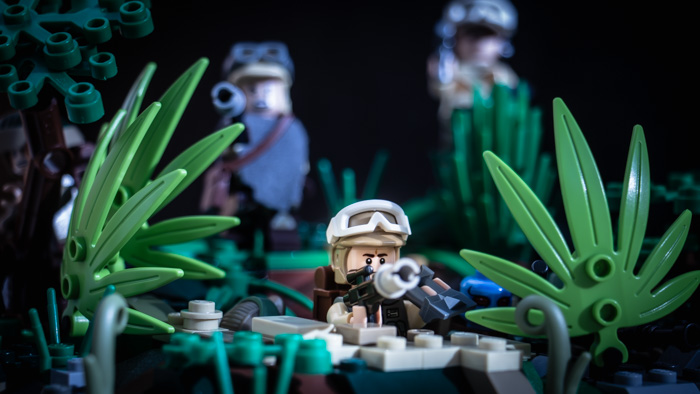 Stormtroopers: the pillars of the Empire, and of Star Wars toy photography

Stormtroopers are an obvious place to start. The Star Wars toy photo landscape is somewhat dominated by stormtroopers, and action shots of these figures are common and varied. Explosions, firefights, marching through various terrain, dealing with the hardships of deployment and war… the troopers are a versatile subject with a lot of stories to tell. I am not strongly drawn to the trooper scene, myself, as my personal Star Wars foundation was based on the original trilogy. Stormtroopers were little more than the muscle of the Empire, and I saw them simply as “the bad guys”.

Of course, with the Clone Wars animated TV series, we got a much deeper understanding of clone troopers, and by extension troopers in general. Many people relate to these characters, whether because they are cogs in the machine, because they are brave soldiers, because they are part of a band of brothers, because they are efficient and highly trained, or otherwise. (There are, of course, all the jokes about stormtroopers being incapable of hitting their targets!) Seeing all the different approaches to trooper shots, I’ve come around to admiring them but…

You won’t find my photos in the trooper shots.

(At least not at the moment.) I would probably take more trooper shots if it weren’t for two things: first, I feel unqualified to take realistic shots, because I don’t know which troopers go with which other characters. So many times my son has said things like, “No, Mom, that’s the First Order trooper, he goes with Finn and old Han, not Lando and young Han.” I feel like I should memorize who goes with what so I don’t violate some unspoken trooper rules. I’m sure this is a silly reason, and there are probably tons of photographs that don’t put the “right” troopers together, but it still makes me hesitant to jump into the trooper scene.

Second, building a trooper army is expensive! The “cheap” troopers are in the $16-$25 range, while the good stock original-trilogy-era stormtroopers are in the $30-$50 range. That’s a lot of money for a character that I don’t even care that much about in the first place. (Sorry, troops.)

Star Wars saga characters, and the scenes they make together 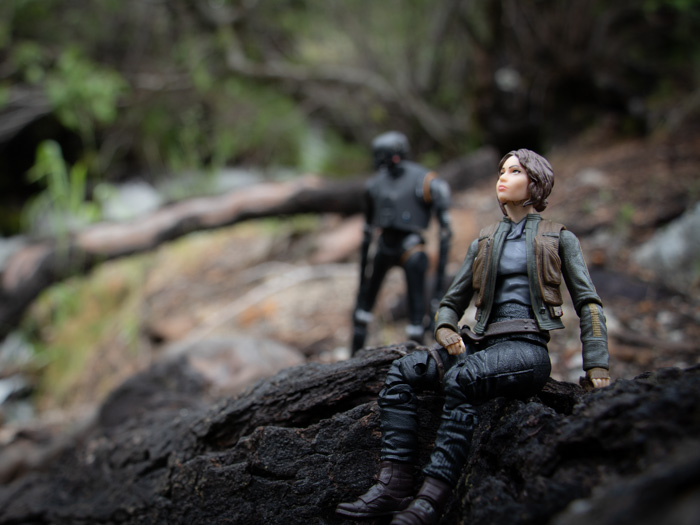 So I passed on the troopers and went for other characters: Han Solo, Chewbacca, Lando Calrissian, Finn, Poe Dameron, Cassian Andor, Leia, Rey, and Jyn. Young Han, young Chewbacca, young Lando, Beckett, Val, and others from the Solo movie. These are people with stories I relate to more easily. I collected all these, with fond memories of the movies, and yet…

A few Han and Chewie pics after seeing the Solo movie. A few cute porg pics, because cuteness. Honestly, I find myself a bit blocked by everything I know about the films. One part of my brain says, “If I’m going to re-create a moment, I want it to be accurate”, and I don’t have any backdrops or dioramas that fit. Another part of my brain says, “Does the world really need another portrait of Han Solo? What can I do that’s any different or better than the thousands of pics already out there?”

I’m a big fan of the many Star Wars toy photographers who come up with scenes and put characters together in fresh ways. I hope I’ll break free of these self-imposed limitations and take more photos of my collection. It’s funny that I have mental blocks with these characters when I’ve overcome the same blocks with my favorite Star Wars fandom: Star Wars Rebels. 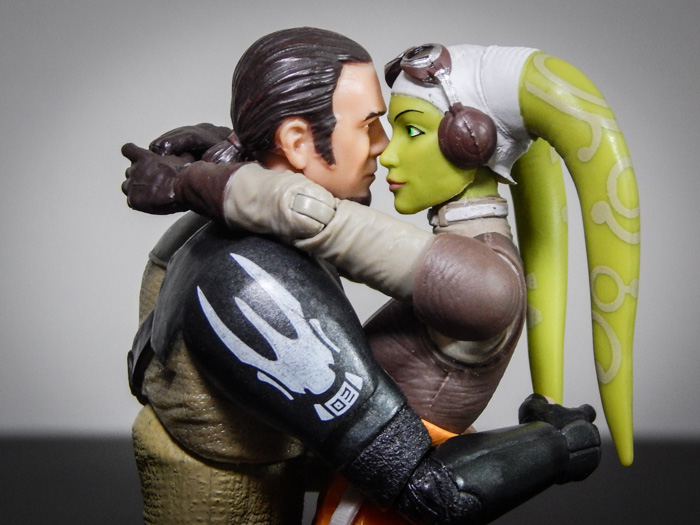 The Star Wars Rebels crew of the Ghost grabbed hold of my heart in a special way. That animated TV series told a story that felt more like Star Wars than even some of the recent saga movies. The alien worlds we see, the way a hot-headed young man is mentored by an older Jedi, the piloting skills utilized to escape from Imperial control, a crew that becomes a family… the camaraderie, the humor, the heart. Rebels has it all. It also has a much smaller fanbase, because it’s an animated TV series and fewer people get into those.

While the main hashtag #starwarsrebels has over 386 thousand posts, not a lot of them are toy photos. I’ve found a welcoming place in the more intimate hashtag #rememberingrebels (436 posts), where those of us who still mourn the end of the show and seek to keep the memories alive hang out. I’m in good company with a few cosplayers, meme makers, and fan art creators.

The benefit of the smaller fanbase is that it’s easier to stand out when there aren’t as many others photographing the subjects you are. Another benefit is that the fans are very passionate, very hungry, and eager for any photos I put out. Sometimes being a Rebels fan feels lonely, because there are fewer of us. But other times it’s a special feeling, that of being part of a tight community.

But above all, I have focused on these characters because they’re the ones I care about the most.

My conclusions: finding your place in a fandom 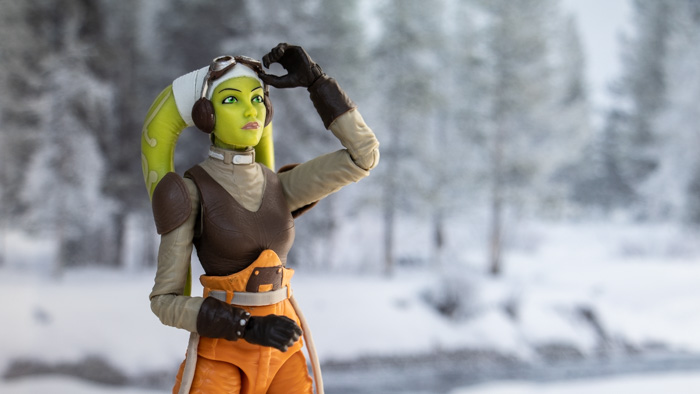 If you love taking certain photos or collecting certain figures, do it because you love it and not for any other reason. Who cares how many others are doing the same? Who cares if there are hundreds of thousands of similar photos out there?

Your art is your art, and nobody can take that away from you.

That said, there are plenty of other factors you can consider when deciding what photos to take.

Audience feedback: Which of your photos have people reacted to the most? What generates the most comments or likes? The reactions of your audience can be a clue that you’re onto something special.

Ease of production: What environments do you have easy access to for toy photography? Select characters that fit your usual surroundings, and you’ll always have opportunities for more pictures.

Your unique contribution: What is missing in the fandom that you enjoy photographing? Is there room for more humor? More scene re-creation? More action? Filling in something slightly different from what others are doing can be a great way to find (or create) your niche.

I’d love to hear what niche you’ve found with your own photography, and what you enjoy about it. Drop a comment and let me know!