I was asked to be a speaker at the FanX Salt Lake City Comic Convention at this years September event held September 4-6, 2018.

FanX is one of the biggest, if not the biggest, comic convention in the USA. It happens every year at the Salt Palace in downtown Salt Lake City, Utah.

When I was approached by Robert Neal (@shadorunr on IG), I jumped at the opportunity.  I wasn’t sure what it meant to be a speaker or what it meant to be part of a panel discussion. In fact, I had never even been to a Comic Convention let alone a speak at one. Excitedly, I told my brother about it and he said I should focus more energy on toy photography. He said something that struck me: “It’s the only thing that is landing you opportunities to speak at comic-cons”. 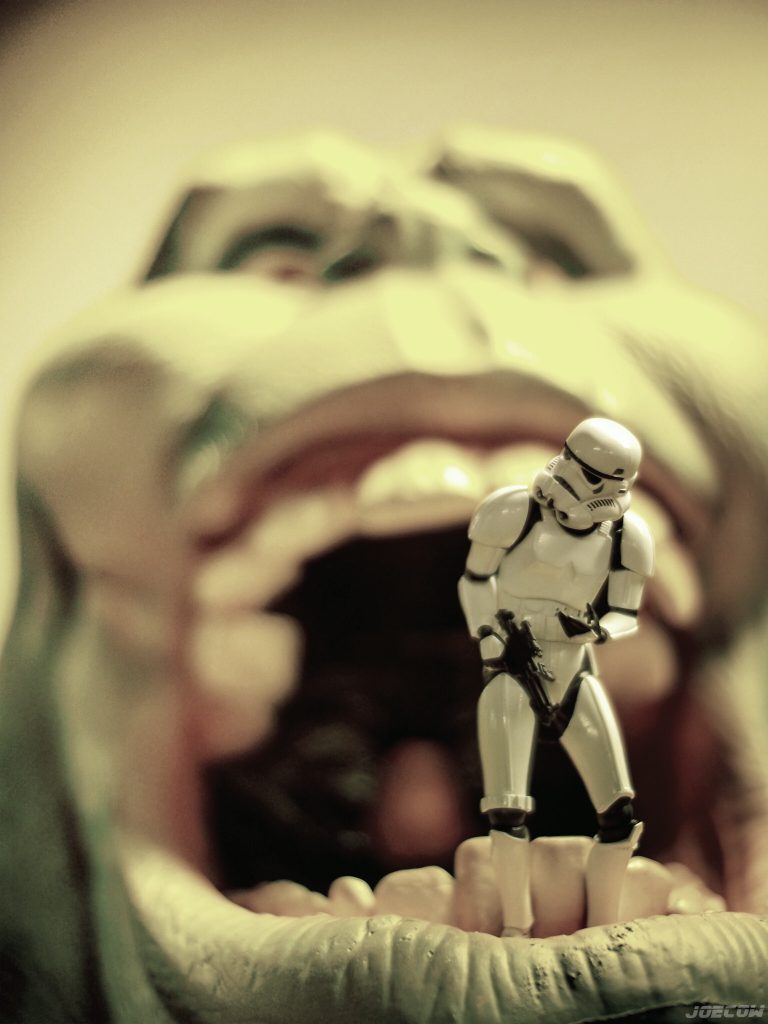 This was my first Toy photo at FanX. Several people stopped to ask what I was doing.

The other panelists beside Robert and myself were Quinn Rollins (IG: @jedikermit), his son Miles (IG: @totallytoys), and Quinn Law (IG: @qlawtoypix). I had never met any of these guys in meat space so I was looking forward to it.

From Southern Utah it’s about a four hour drive up north to Salt Lake City. I have an Aunt that lives near there and she offered us her home so we could save on hotel costs (more toys). To attend all three days of FanX, even though I wasn’t slated to speak until Saturday, I took a few days off work. 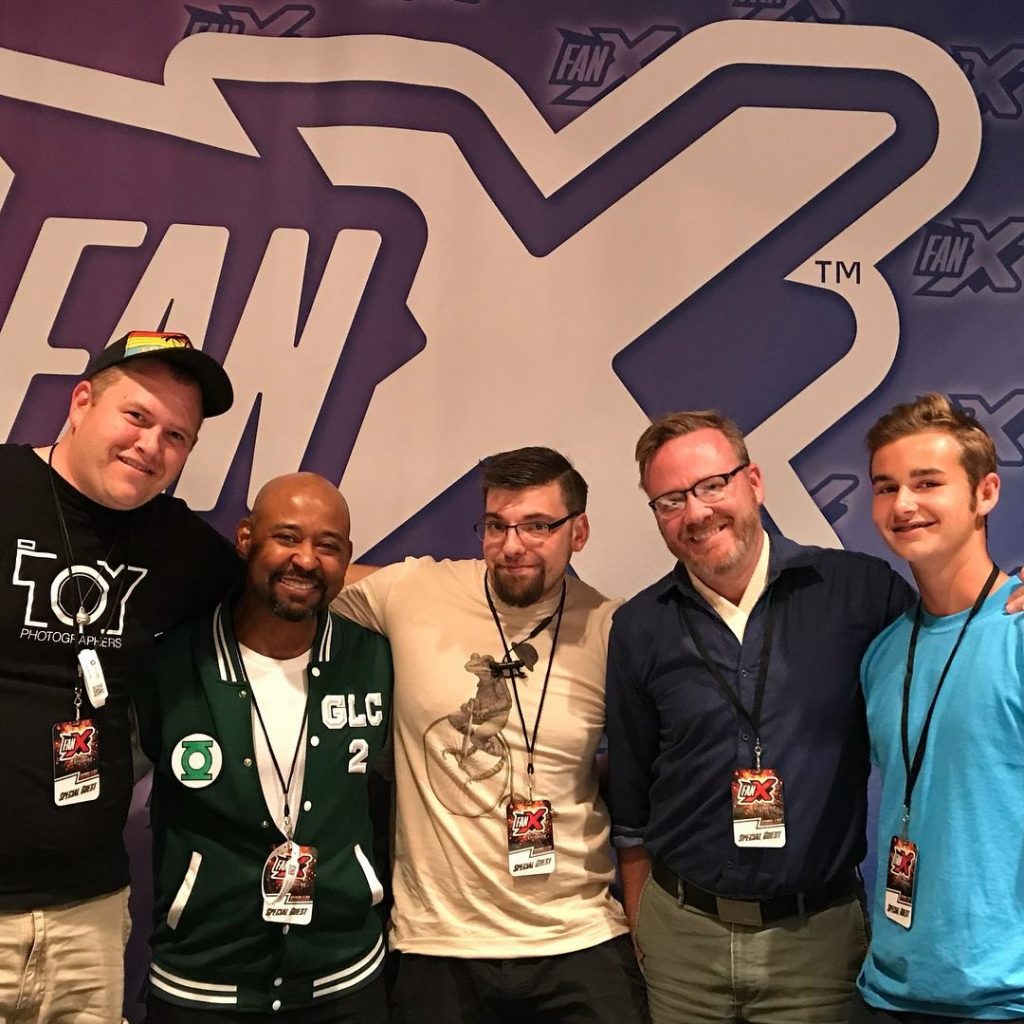 As a special guest I received a special guest pass which included entry for all three days for me and 1 guest so I brought along my brother.  After checking in and getting our credentials we headed down to the vendor floor and explored the booths. The Salt Palace is huge and we were surprised that there weren’t that many people walking around. We quickly went through most the areas and then we saw a massive crowd behind some cordoned off areas.

Apparently as special guests we were given access to the vendor floor before the onslaught of foot traffic opened up.  Holy cow.  Over the three day event there was over 100,000 attendees.  After those first couple of comfortable hours – we were now in a traffic jam with thousands of fans dressed up in all sorts of cosplay costumes. I got to meet John Hammond (Jurassic Park), and a Borg couple, who were obviously in love. 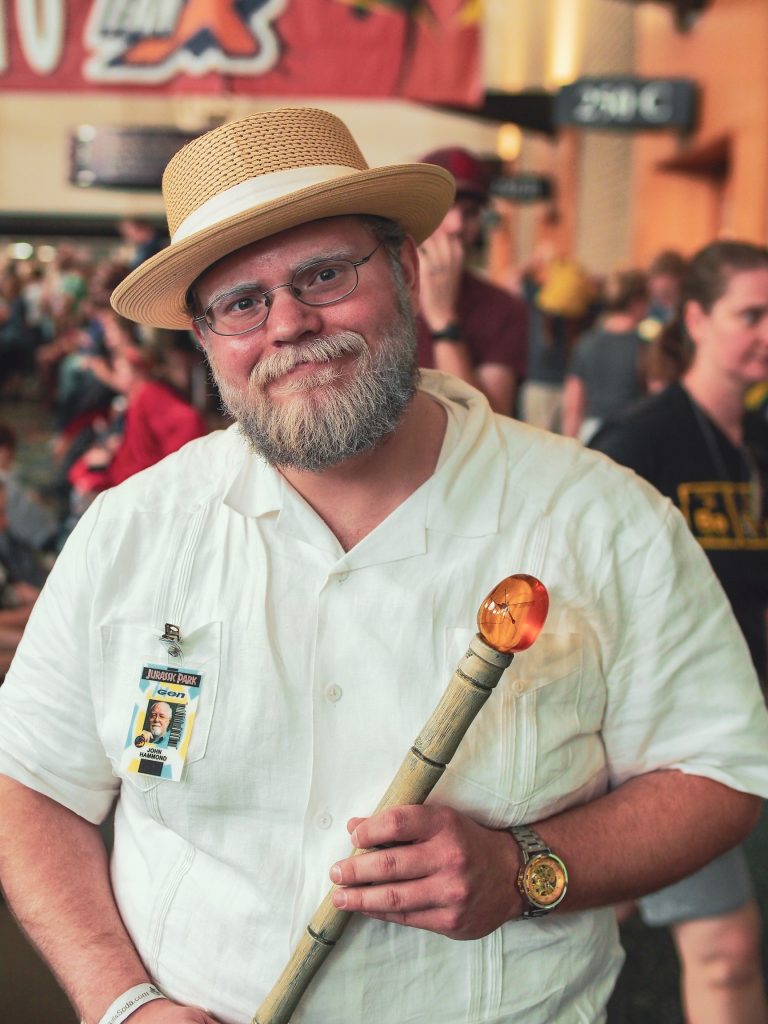 Real life John Hammond. (He introduced himself as Mr. Hammond… – unfortunately I have no idea who he really is) 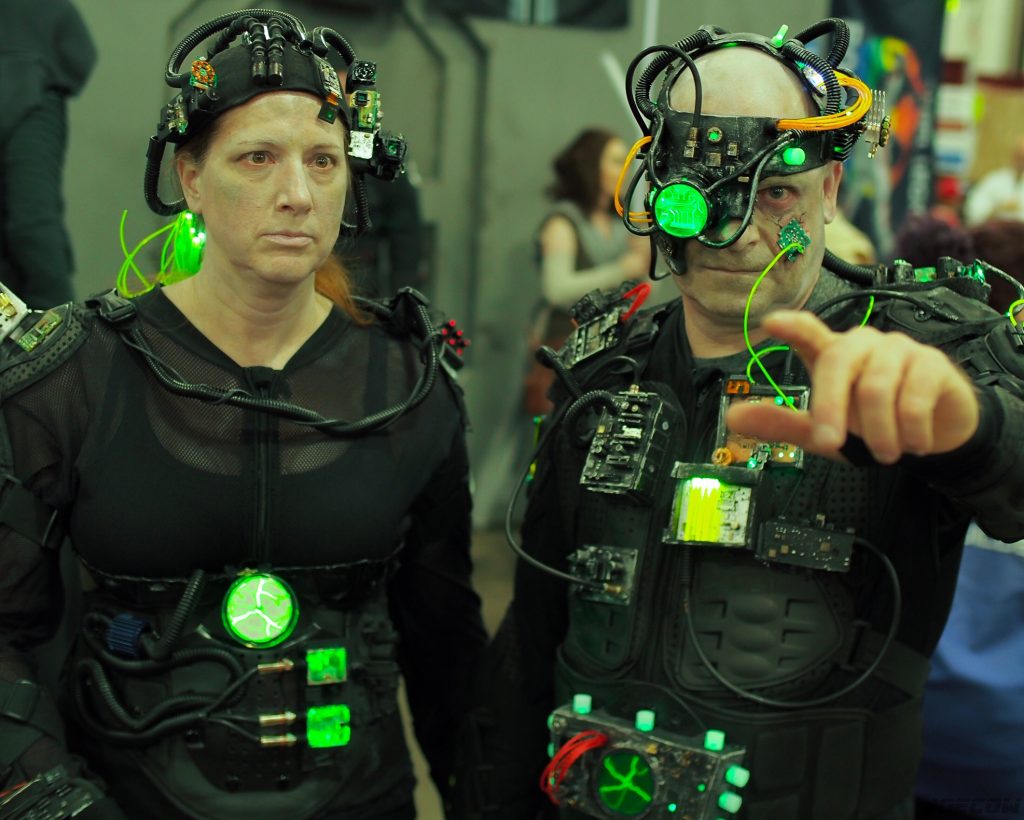 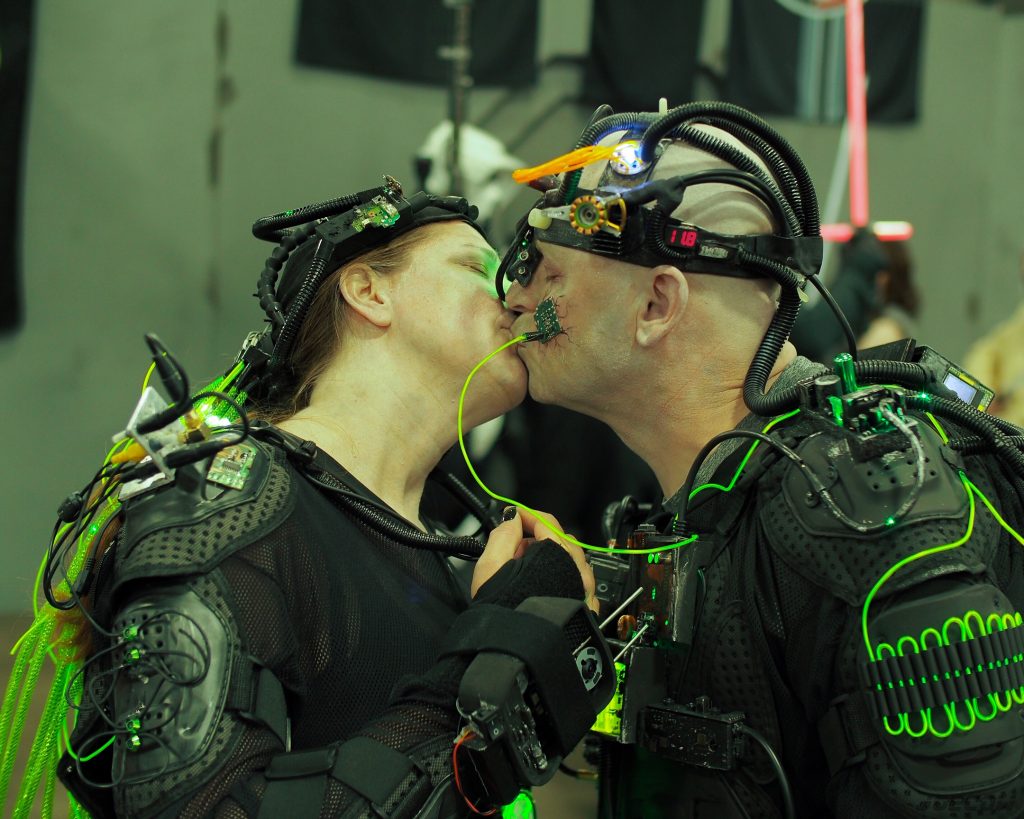 It was a fun experience but very exhausting to meander through the crowds. one of our plans was to attend lots of panel discussions so I could get an idea of what I would be doing later that week. We also got to attend the world premiere of Hunt for the Skinwalker – a film by an acquaintance of ours, Jeremy Corbell. We attended his panel about the film and helped him pass out flyers to the crowd. 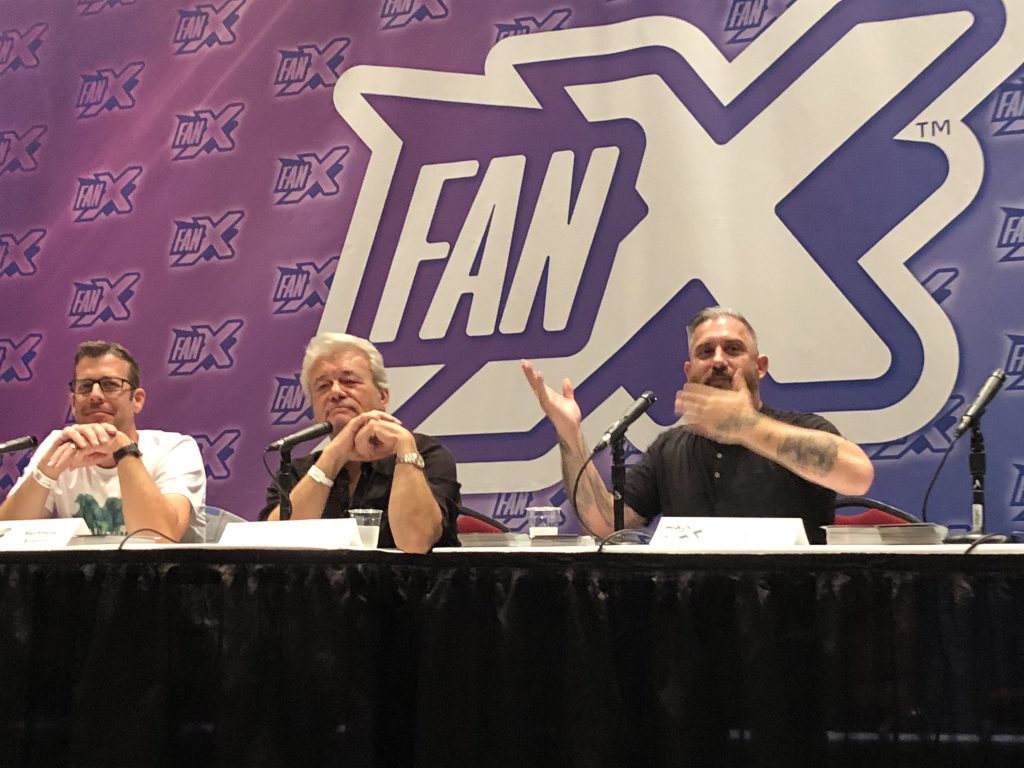 After a full day and evening we crashed at my Aunt’s house. We ended up foregoing another day of comic convention and elected to spend the day visiting family on Friday. This downtime was needed and welcomed and I busted out my toy acquisitions to shoot in her house plants and backyard.  To say thank you to her for her hospitality we ended up picking a full four bushels of peaches off her tree.  She ended up making jam out of them which I received a jar a few weeks ago. 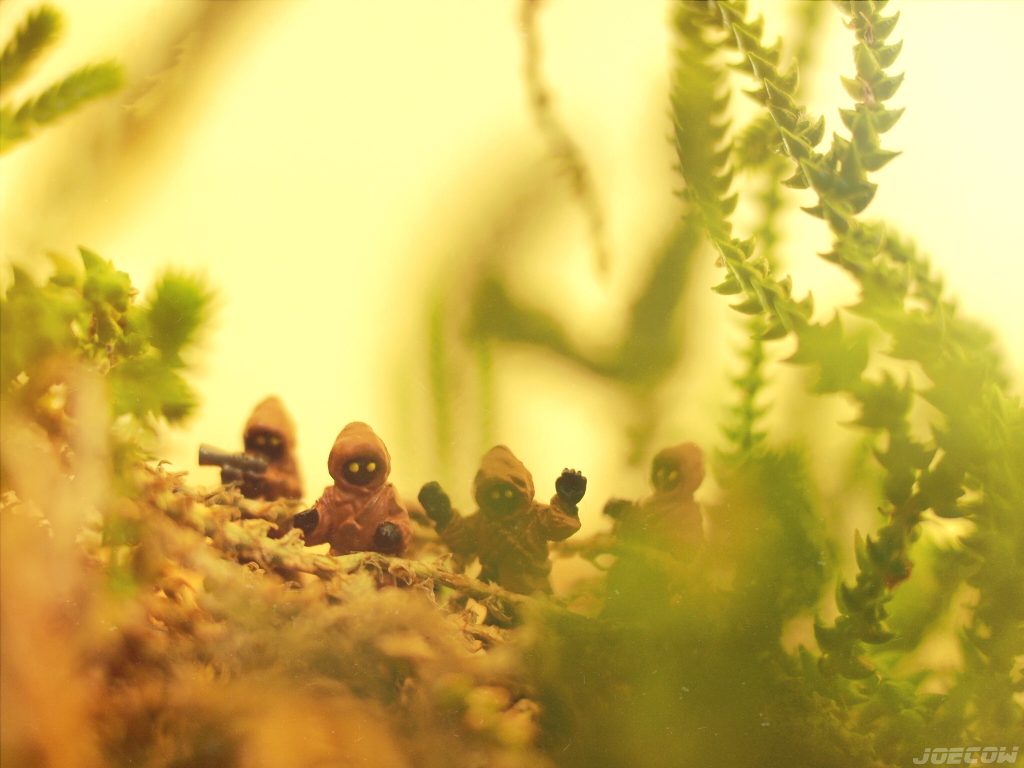 Found some micro-machine Jawas in a house plant jungle 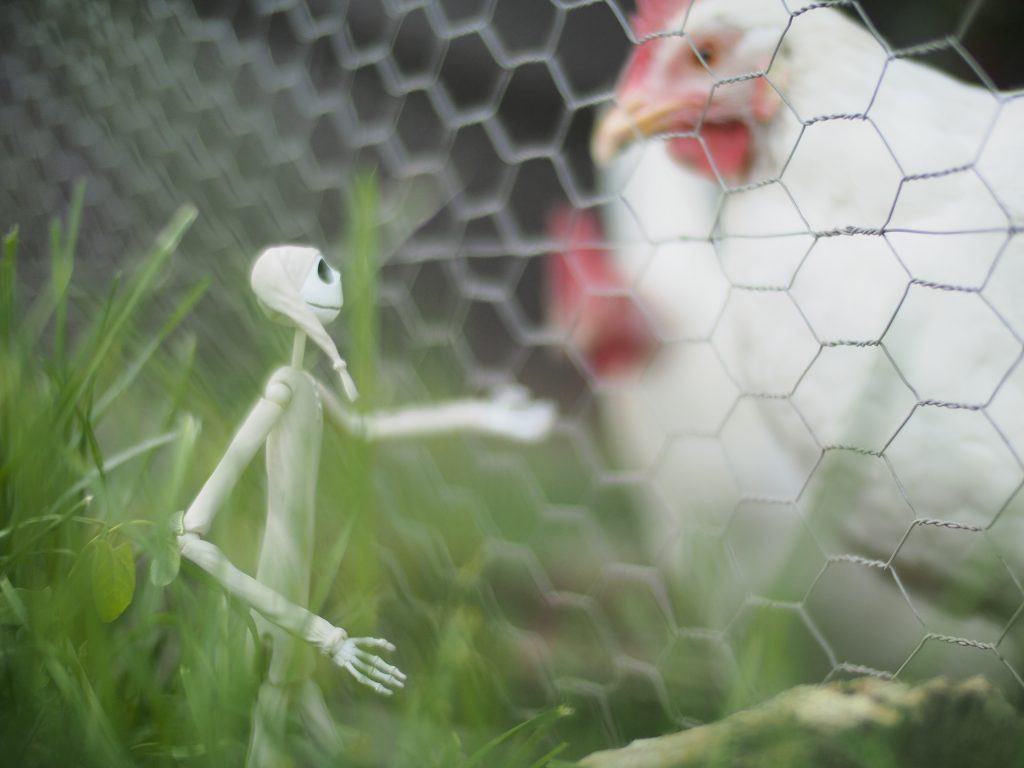 Saturday came around and it was my turn to get up in front of the crowds. If y’all have never been to a convention they usually have breakout rooms for many different interests and discussions that happen at the same time – so even though we had huge crowds in the building, our room could only fit tops, 150 people. It was quite filled before we started. We only had 1 hour (not long enough); and we used a slideshow of toy photography to introduce the topics. We discussed the range of toy photography out there from rubber ducky randomness to articulated comic book art. 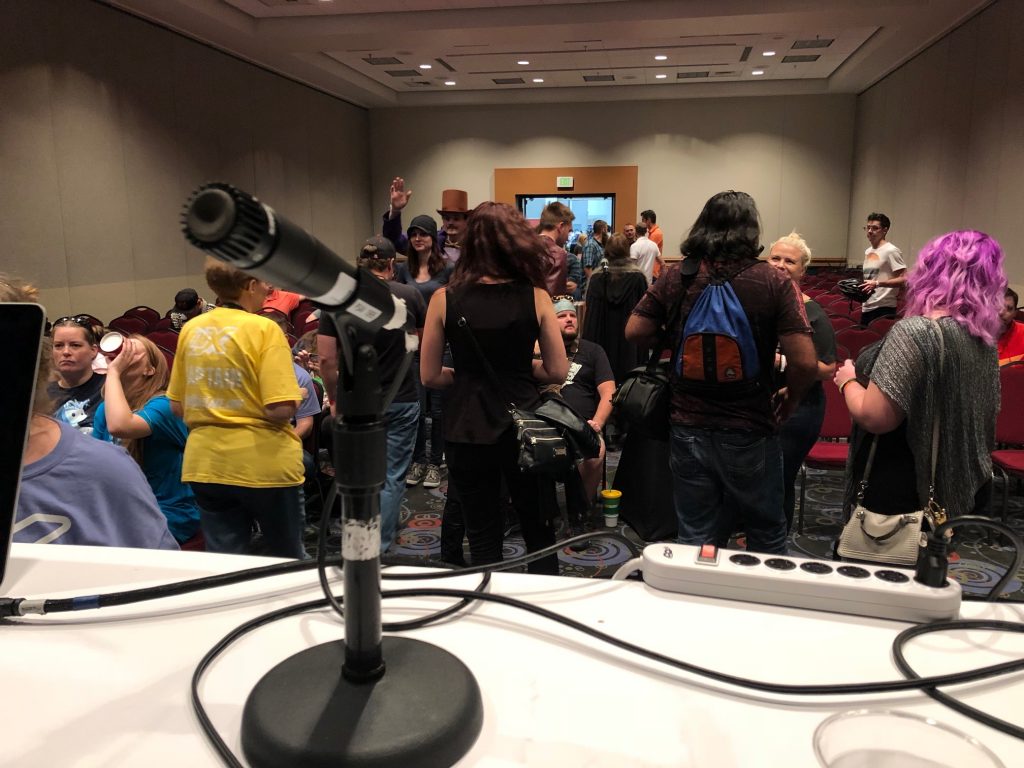 View from the pulpit

during my portion I focused on the dangers of toy photography. Yes. Dangers. That got a bunch of laughs – but its true! While shooting toys I have been within arms reach of a deadly Mohave rattlesnake, reached down into a cobweb infested badger den in order to retrieve fallen toys, and I have been swarmed by bees.  We talked about our gear we use and how we go about setting up a scene.  I put a plug in for toyphotographers.com and had many folks ask for the website when we were done. I told them about all the great people and resources in the toy photography community; and how you don’t need a fancy camera or all the other gear. All you really need is a toy and a desire to photograph it.

Overall this was a very pleasant experience and I would do it again in a heart beat. While the event was winding down we went out to the vendor floor again and stopped to talk with other artists and companies. I got to meet Bo Hacking, the designer of Morphonauts and he was quite generous. He gave me a sample of each of his current Morphonaut figures to shoot and apparently he already followed me on Instagram. One opportunity leads to many more. 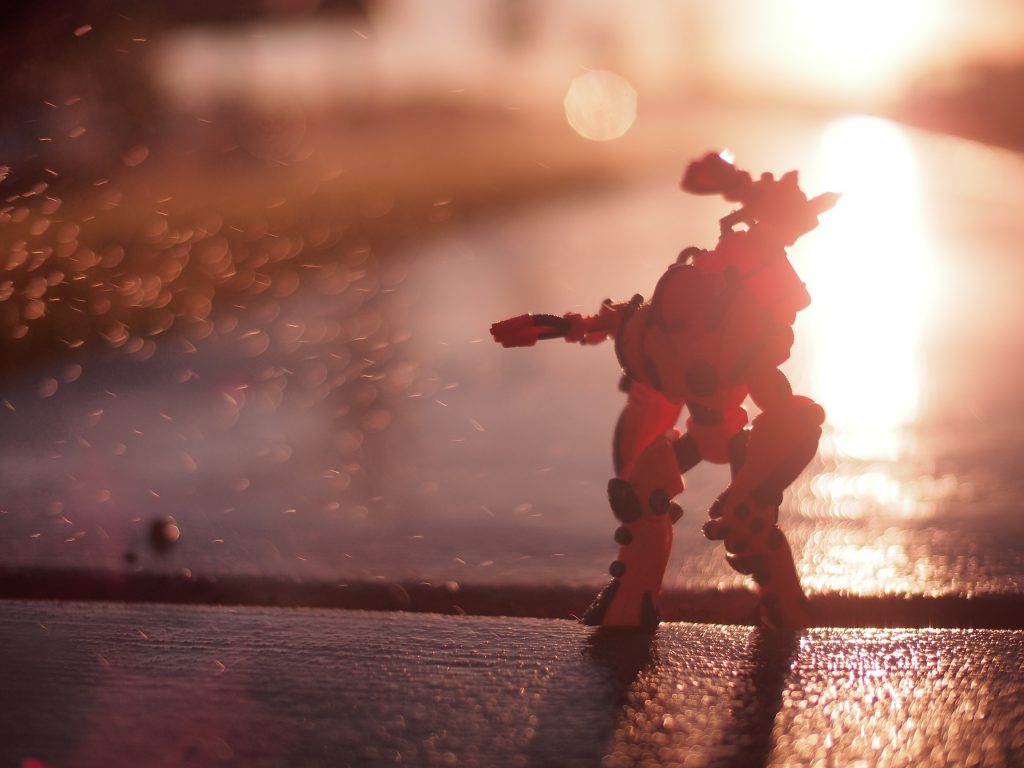 Over the years I have seen my toy photography blossom into many positive opportunities that have helped me gain more knowledge and experience…  and to think all of this started with a simple passion for plastic.  I look forward to many more opportunities in the future to

Have you ever been asked to do something out of your comfort zone? In what ways has toy photography stretched your abilities?

About the Author: Joseph Cowlishaw