Toy Photographers are excited to announce that we have another creative toy photography contest, a Riddikulus contest! And you could win the LEGO Hogwarts Castle and other Harry Potter LEGO by entering!

Like with the Collectible Minifigure Series 18, LEGO is running a contest in collaboration with us and three other awesome LEGO photography communities (Cheepjokes, Frost Bricks, and Stuck In Plastic).

Create a fun and creative before/after scene showing the effect of the Riddikulus charm. The entry must consist of two elements; first showing a scene with a Boggart in the shape of something frightening – then show the scene after the Riddikulus charm has been cast. Enter by using the hashtag #LEGODarkArts on Instagram. 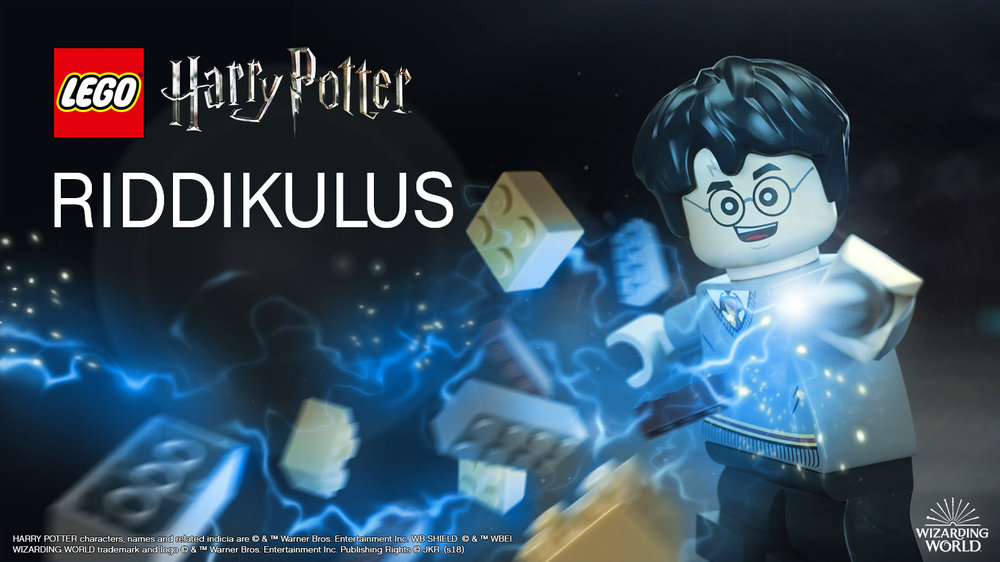 A Boggart is an amortal shape-shifting non-being that takes on the form of the viewer’s worst fear. Because of their shape-shifting ability, no one knows what a boggart looks like when it is alone, as it instantly changes into one’s worst fears when one first sees it. (http://harrypotter.wikia.com/wiki/Boggart)

The Boggart-Banishing Spell (Riddikulus) is a charm that is used in defence against a Boggart. It causes the creature to assume a form that is humorous to the caster, along with a whip-crack noise, thereby counteracting the Boggart’s ability to terrorise. Boggarts are defeated by laughter, so forcing them to assume an amusing form is the first step to defeating them. (http://harrypotter.wikia.com/wiki/Boggart-Banishing_Spell)

Prizes will be provided directly by LEGO for one grand winner and two runner-ups.

Submit your Boggart/Riddikulus photos to Instagram and enter the competition by using #LEGODarkArts before October 25th.

As this contest is ruled by The LEGO Group (TLG) and Warner Bross there are some very specific rules that apply to this contest.

The group with the very difficult task of selecting winners will consist of the participating LEGO photography communities and representation of TLG and WB.
The team will select collectively one grand prize winner and two runners-up and communicate back on October 31st. Winners will be contacted directly on Instagram.

Best of luck to everyone who enters. Happy wizarding!

If you’ve made through all my blathering and ended up here, you should sign up to our weekly email round up where you’ll get a recap of all the babbling from the week.
And while you’re doing things, you should definitely join our G+ Community where we hold monthly contests with prizes and lots of other cool stuff too.
And don’t forget, there’s only this week to register for the 2018 Melbourne Toy Photographers Meetup!