Anyone who’s read the blog knows that we often ponder the rules. Both Shelly and Dave have discussed various ‘rules’ of photography, and when it might be better to break them. But what about mythology rules?

I firmly believe that once you know the rules, you can break them. Subverting expectations, playing around with tropes, or simply trying something out of the norm can yield to some fantastic art. I’m keen on trying things like ignoring the rule of thirds or experimenting with selective focus, but there are some rules I sometimes try not to break: The ‘facts’ that have been previously established for a particular character or property.

The Facts of Life 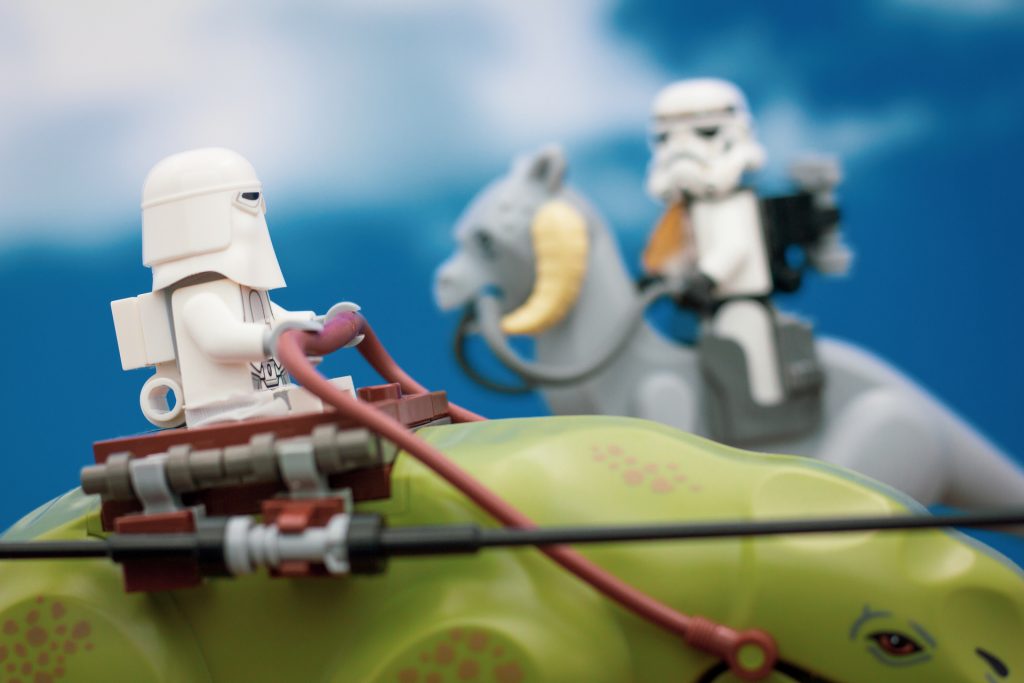 “Wow, a Snowtrooper on a Dewback! You sure don’t see that every day…”

Darth Vader is Luke Skywalker’s father (spoiler alert!). Batman is Bruce Wayne, orphan-turned-vigilante of Gotham City. Benny loves Spaceships! These are examples of ‘truths’ that govern the mythologies surrounding popular characters. These are rules that, in my mind, cannot easily be broken, because they are inherently important to the subject matter.

I started thinking about this after recording and upcoming podcast with my pal Eric, aka @Intangibledandy. Like me, Eric likes to use iconic characters and properties in his photos. Currently he’s blending He-Man characters with Thundercats, and creating some amazing new stories with characters I thought I knew. He sees the pre-established rules of both of those universes, yet breaks them for the sake of storytelling.

For my images, I strive to be able to tell a complete story in a single frame. Part of the way I try to accomplish this is by knowing which ‘rules’ and story guidelines to follow, subvert, or intentionally break into a bunch of tiny pieces. Take Star Wars, for example. I love photographing Stormtroopers, which are characters that actually have several ‘rules’ thrust upon them by the films, comics, and TV shows. For instance: They couldn’t land a blaster shot the broad side of a barn, they die very easily, and they have armor that changes depending on which planet, climate, or even timeline they’re in. Because of this, I would not place a Snowtrooper on Tatooine. Unless, of course, the Snowtrooper was there for a specific story purpose.

This is something that’s come up several times already on the podcast, as Kristina and I have both used Stormtroopers as “every men” in our photos. Check out Still Life and Action as examples.

Knowing the governing rules over certain characters can help you tell better stories. If it weren’t for the shared knowledge that Vader is Luke’s dad, we wouldn’t get countless playful interpretations like Jeffrey Brown’s Vader and Son. Understanding the rules and abiding by the most important ones can help give you a framework in which to craft your story. In a sense, we’re then creating fan fiction that exists within the parameters of the existing story, in between the lines. 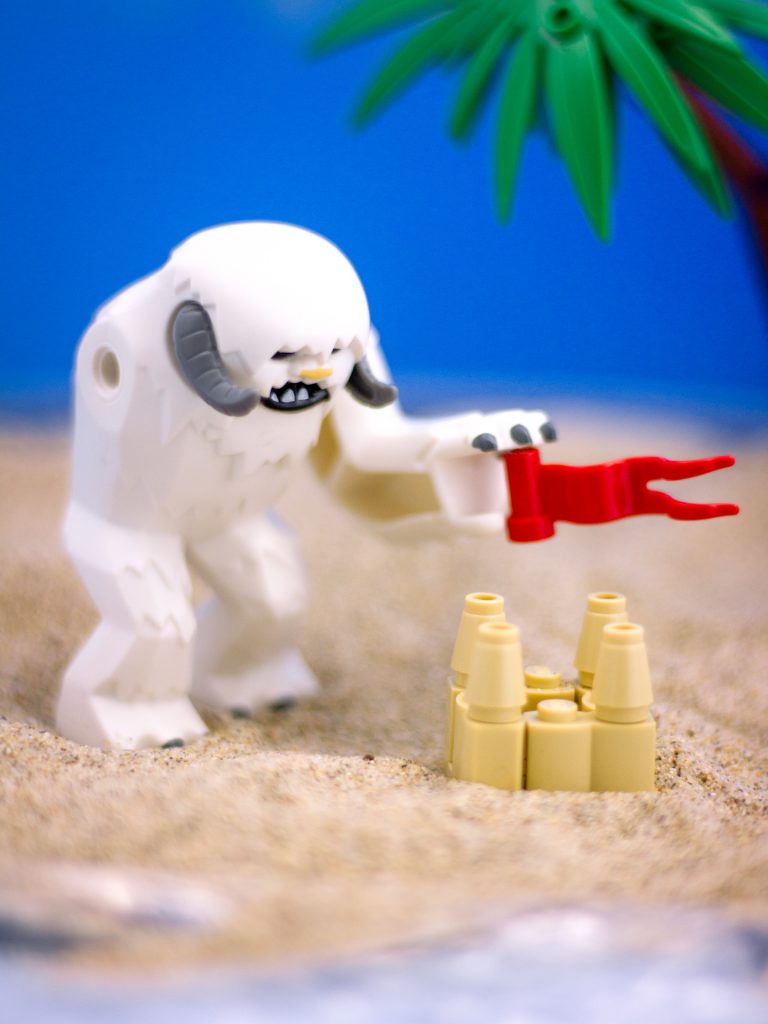 After what happened on Hoth, the Wampa desperately needed a vacation.

In this image, I’m taking the Wampa’s history – in which he has an encounter with Luke on Hoth in The Empire Strikes Back – and telling a story that comes sometime after. I’ve removed the arm to establish the timeline, suggesting that perhaps the Wampa lived, and took a much-needed vacation.

At the end of the day, my thoughts on this come down to intention. If I’m in control of my narrative and making conscious decisions to achieve my artistic goal, I think I’m taking better photographs. At the very least, I’m weaving fan fiction tales by abiding by some rules, and breaking others.

What do you think? Do you try to follow character or property-specific rules in your photos? How do you subvert or break them? I’d love to hear your thoughts in the comments below!