Earlier this week I listened with rapt attention to the delightful, hilarious, and insightful latest installment of James Garcia’s epic podcast series through toyphotographers.com. It featured not only the amazing James, but also two accomplished toy photographers who I’ve come to count as personal friends: Leila Chieko and Cindy Dockter. OMG I loved this podcast. Such a blend of fun and pro-tips. During the show, Leila is talking about last month’s #ORToyPhotoSafari and how packed the experience was. She reflects that the weekend, for her, was sort of a big “what happened?!?!” blur. And I thought YES. Me too, Leila. Me too! 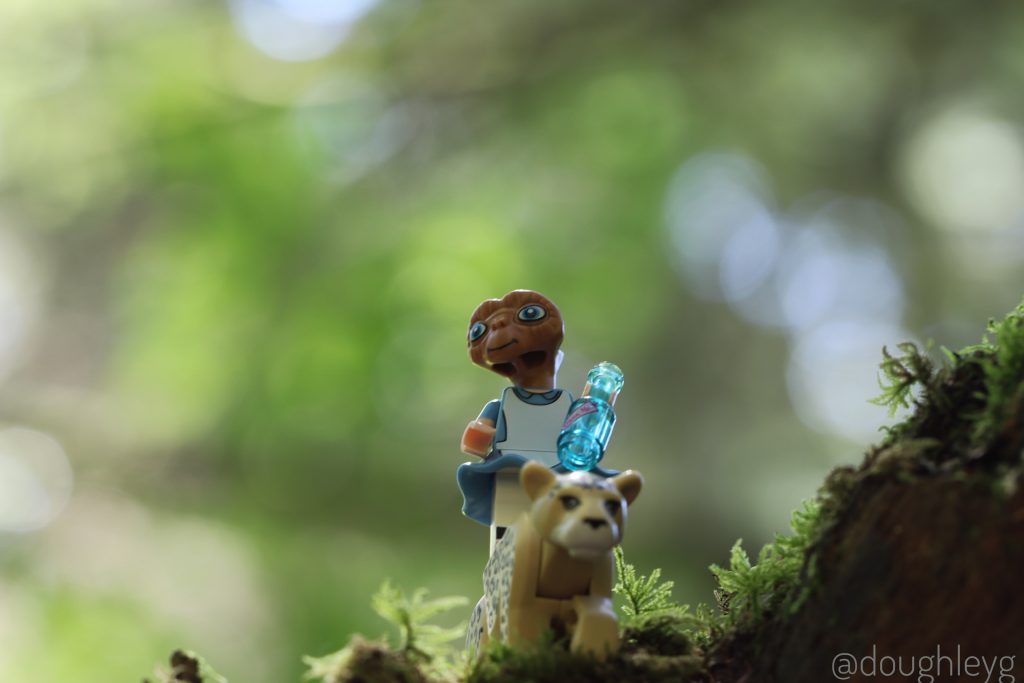 “Toto, I’ve a feeling we’re not in Kansas anymore”

The Oregon weekend was my second such safari. Last year I took my maiden voyage with the San Francisco/Bay area one. I was super nervous about taking the dive but had few compelling excuses since I live in the Bay Area. But NOW my anxious, hesitant mind had a more cogent case: drive or fly? Bring the husband and kid? Take the extra time off work? My mind calmed down, my family decided they were all in to witness the secret life of one of its own, and BOOM.

We’d never been to the Oregon coast before and my goodness it is as gorgeous as I’d heard. Johnny, the Boy and I stayed in Cannon Beach at a hotel. As much as I was intrigued by the idea of crashing with some other toy geeks at a rental, an 8-year-old with an early bedtime ritual just didn’t seem like the perfect fit for the kind of whiskey-induced late night chatter and plastic play I knew would go down. (And, alas, all of that would be 8-year-old appropriate, but the boy needs his sleep or nobody makes it through the next day). Ok, granted, the whiskey isn’t really 8-year-old appropriate. The Boy would point out he’s been helping me make cocktails (“I make the Blood & Sand and the Mai Tai!”) since we became a family when he was six, but still. 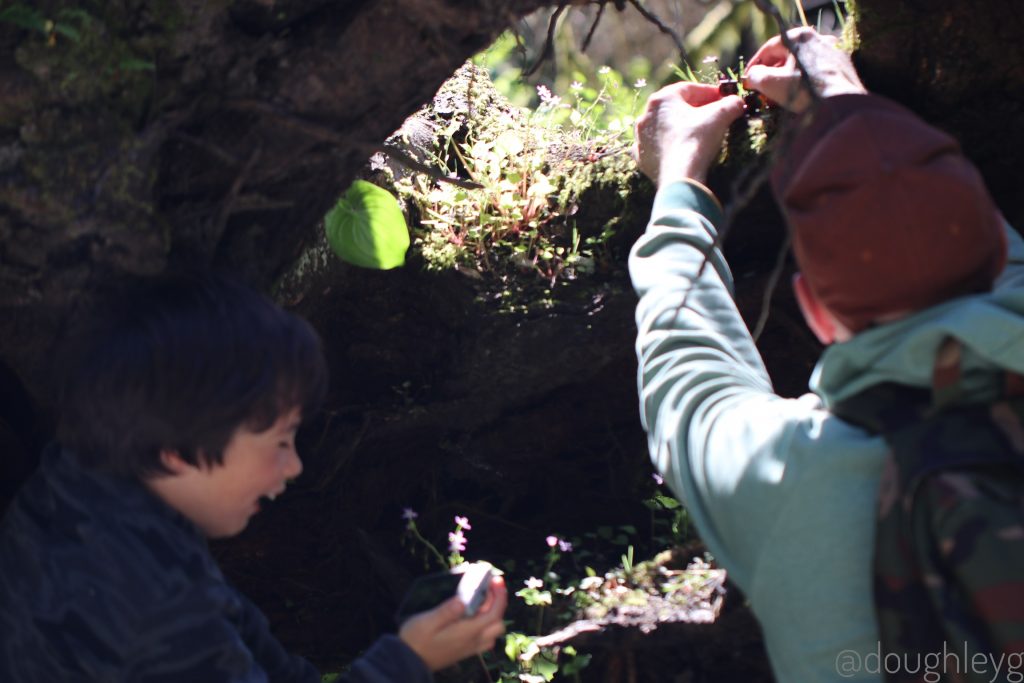 The Boy and Johnny setting up some shots.

After all those weeks considering which LEGO Minifigures to invite on the trip, reading up on what gear to bring (thanks “what’s in my bag” series!), and imagining some shots, being out in nature with all my toys and these impressive photographers was glorious. We never really got very far — maybe twenty feet max before at least one of us stopped for the first shot of the day. But we sure went deep.

I loved watching others work their magic, asking questions about their work, asking questions about my camera, setting up shots, and taking pics that are quite close to what I actually had in mind and others that are way better or way worse. The Boy became a toy photographer himself over the weekend and he’s got an impressive eye. Shelly let me try out her Lensball and I took a totally sucky shot with it, but then I got home, ordered one, and am having fun playing with it. Perhaps most dramatically, I had the genius idea of taking a shot on the beach with the waves just behind me. Johnny and my Boy were playing nearby and next thing they knew there was a rather large wave and then me yelling “Boy, save Alfred!” and “Johnny, Alfred’s cherries… where are Alfred’s cherries.” Even LEGO Batman Alfred and his cherries survived the weekend. #donttrythisathome 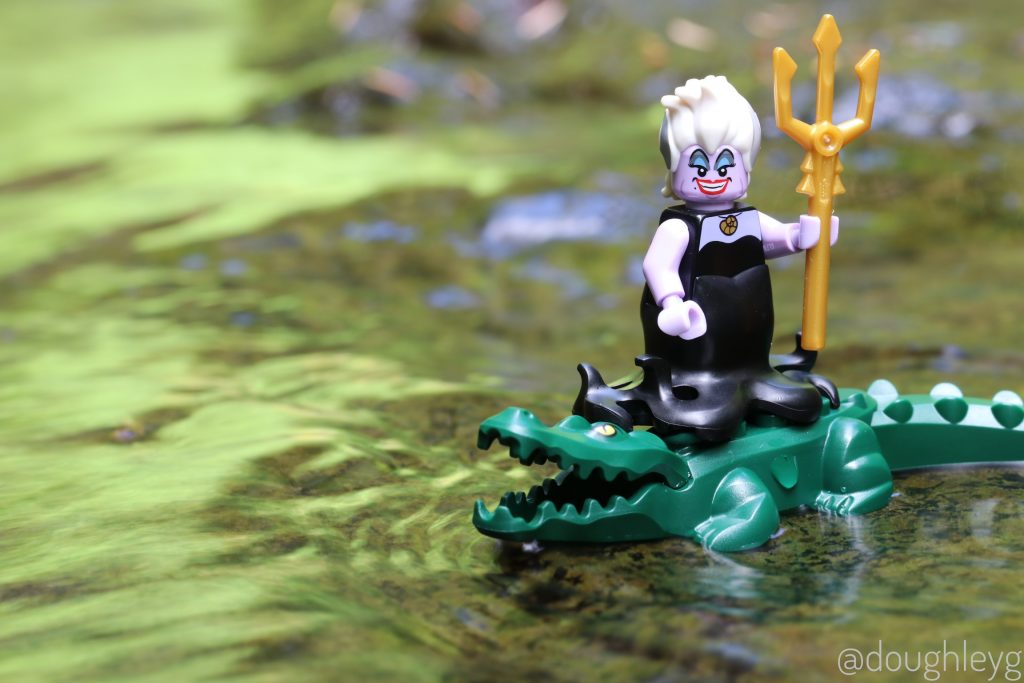 “Well, it’s time Ursula took matters into her own tentacles.”

So, what was it like? It was awesome. I loved it. What’s my secretly favorite part? A weekend of reassurance that I am not at all the only socially uncomfortable person who likes their downtime. Yup. The toy geek tribe is loving and generous and smart and funny — and a bit awkward. #mypeeps.

About a week later, Johnny and the Boy were with some friends. One of the grownups asked about the weekend. Johnny told her that it was “basically 30 toy photographers, the Boy and me.” Without missing a beat, the Boy said, “Papa. You mean 31 toy photographers and you.” #endscene

Until next year that is… 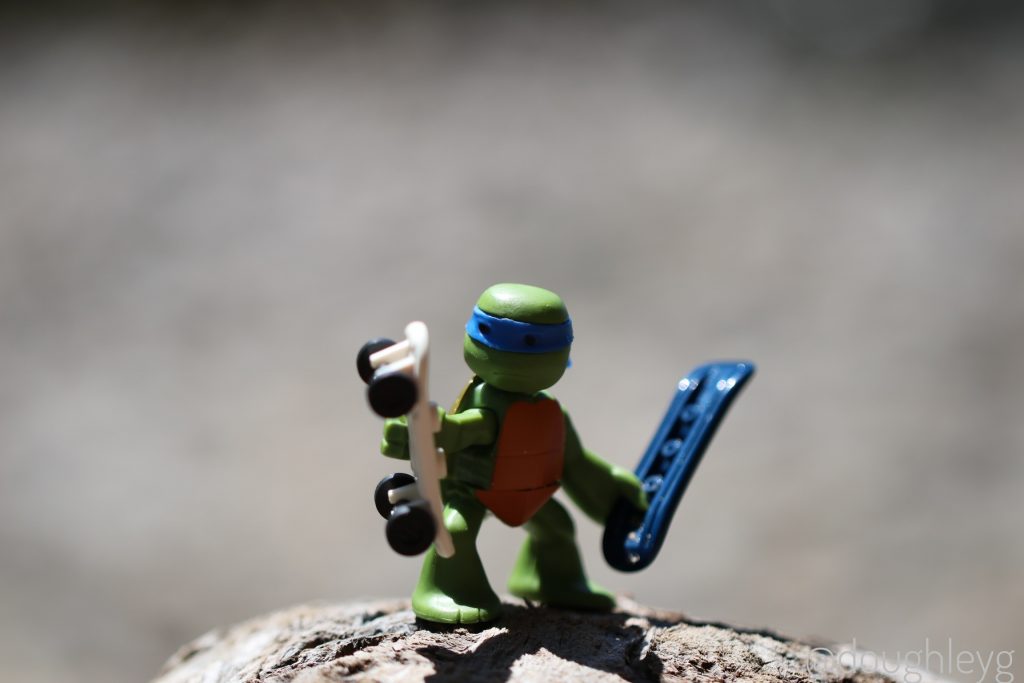 The Boy set this shot up and stood at the flip screen with me to be sure he was pleased with the capture of his shot.

About the Author: Doug Gary