Have you noticed a new hashtag on Instagram called #Inthesylteof_xxx?  I was so intrigued by this new hashtag, and the idea behind it, I reached out to Anna (FourBricksTall) for more information. I hope you will find our Q & A about #Inthestyleof_xxx as interesting as I do.

1) Anna I’ve noticed that you started a new hashtag #inthestyleof_xxx. What is the idea behind this hashtag and what do you hope to accomplish with it?

Basically, #inthestyleof is a riff on Austin Kleon’s Steal Like An Artist. How meta of me to steal that 😉

The idea is to challenge yourself to be a better toy photographer by learning how best to do it. When you understand how it’s done, you can appreciate their photos on a deeper level and strive to make your own better.  Knowledge makes you a better audience and creator.

So #inthestyleof is a way for toy photographers to grant  permission to “steal” their concept and their process so that others can learn. On the flip side, it’s a respectful way to pay homage to an artist who you’re trying to emulate.

#inthestyleof is a series of interviews of toy photographers about a specific photo with a behind-the-scenes description of how they got the shot. I start each post with my own take of their style and at the end of each post, I issue a challenge to myself and to any toy photographer to recreate the photo in their own way. If the challengers use the defined hashtag, they can expect to get some feedback from the original artist, or from me, about their work. I write a whole challenge response post documenting my experience as well.

When the challenge expires, the original artist chooses the best photos and I feature them on the Four Bricks Tall Instagram account. That’s really secondary though as the real prize is the knowledge you gain having completed the challenge successfully.

2) Who have you showcased so far and why?

The first person I showcased was The APhOL because I’m a big fan of his work and I get a lot of inspiration from him, not in just his creativity but also his work ethic. You can see from his photos that he puts a lot of effort into realizing his concepts. There’s a lot of planning, careful setup, and diligent execution. I wish I was as hard-working at my toy photography as he is.
I also selected him because he is unguarded and willing to teach. Not many artists are. 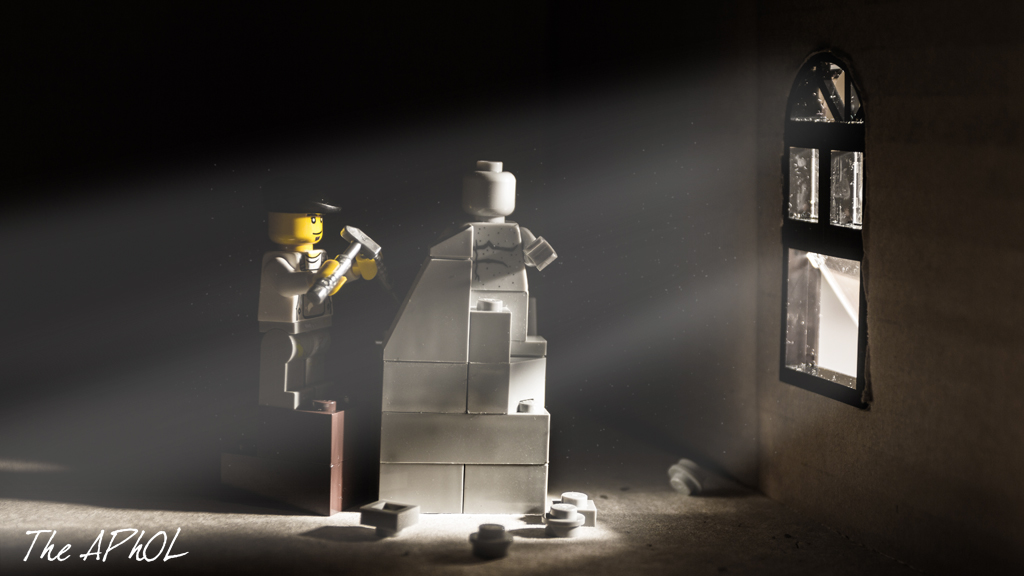 “The Sculpture” by The APhOL

Same for Renner_Lego and the next two toy photographers I have in the pipeline. I suppose these are the pre-requisites for being showcased on my blog. 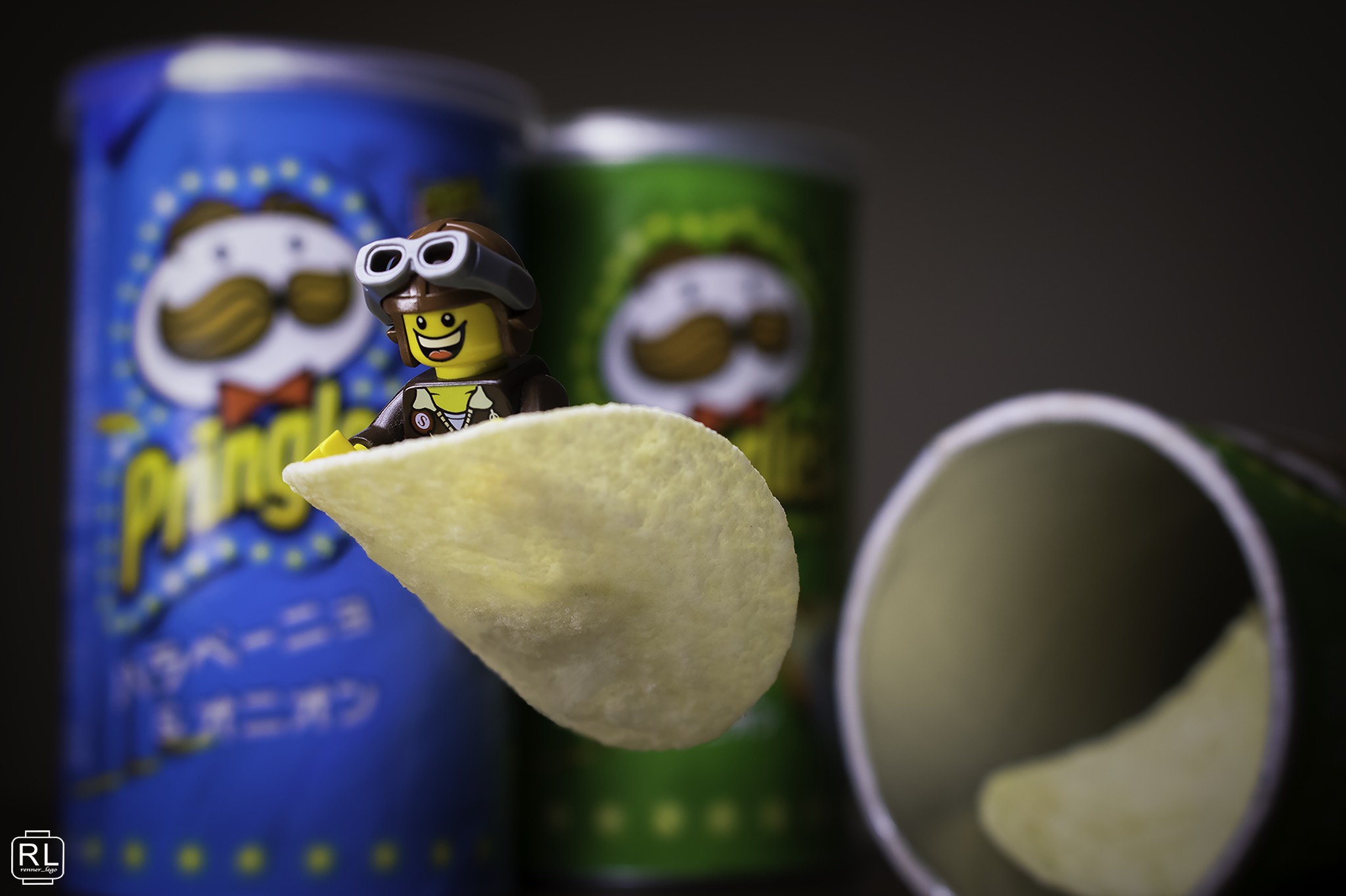 3) How do you determine which photos and style you think other toy photographers should emulate?

Generally, I pick photos that tell original stories, are wonderfully executed and use techniques that are rarely or ever found in my own work.  After all, I want to challenge myself! However, I don’t select photos that are very heavy on post-processing, at least not at this stage. In the pre-interview, I ask how much editing was done on an image before moving forward.

4) It seems the photos you’ve chosen so far are photos that can be reproduced in your home or studio. Is there a reason for this?

That’s just a coincidence. Down the road there will be different environments featured. I want to do one with water but that photographer has a full plate (hint hint).

5) There is a fine line between “in the style of” and copying another photographer. How do you help define where that line is?

We all have different ideas about that but personally, I take on the #inthestyleof challenges by going for the technique and the mood. I will change the story from that of a sculptor for the #inthestyleof_The_APhOL challenge for example, to that of a prisoner or a scuba diver, but still incorporate light beams and a feeling of being alone. But that’s my take because my photography goal is to level up my technical skill while carrying on with my own characters and narratives. 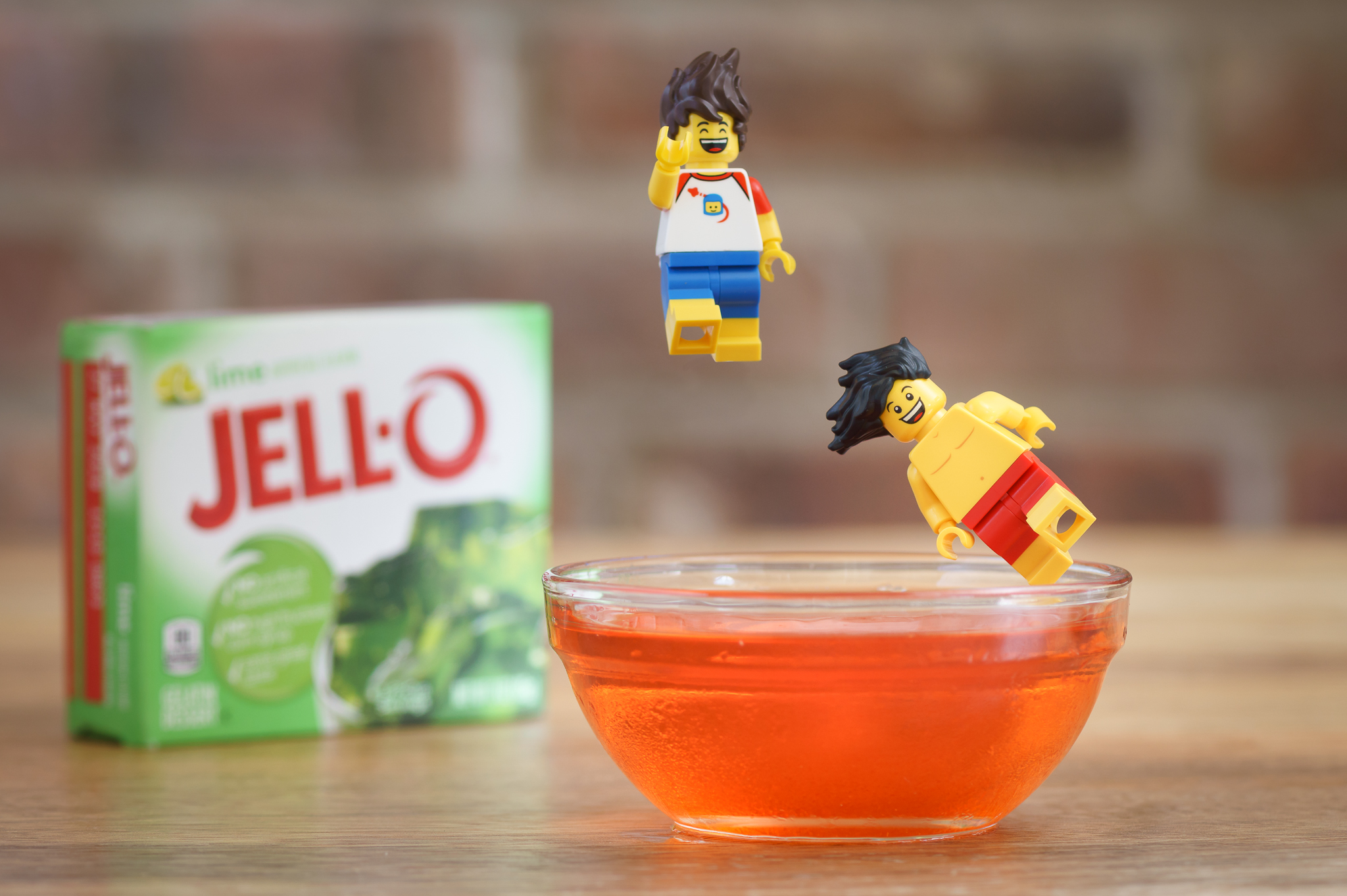 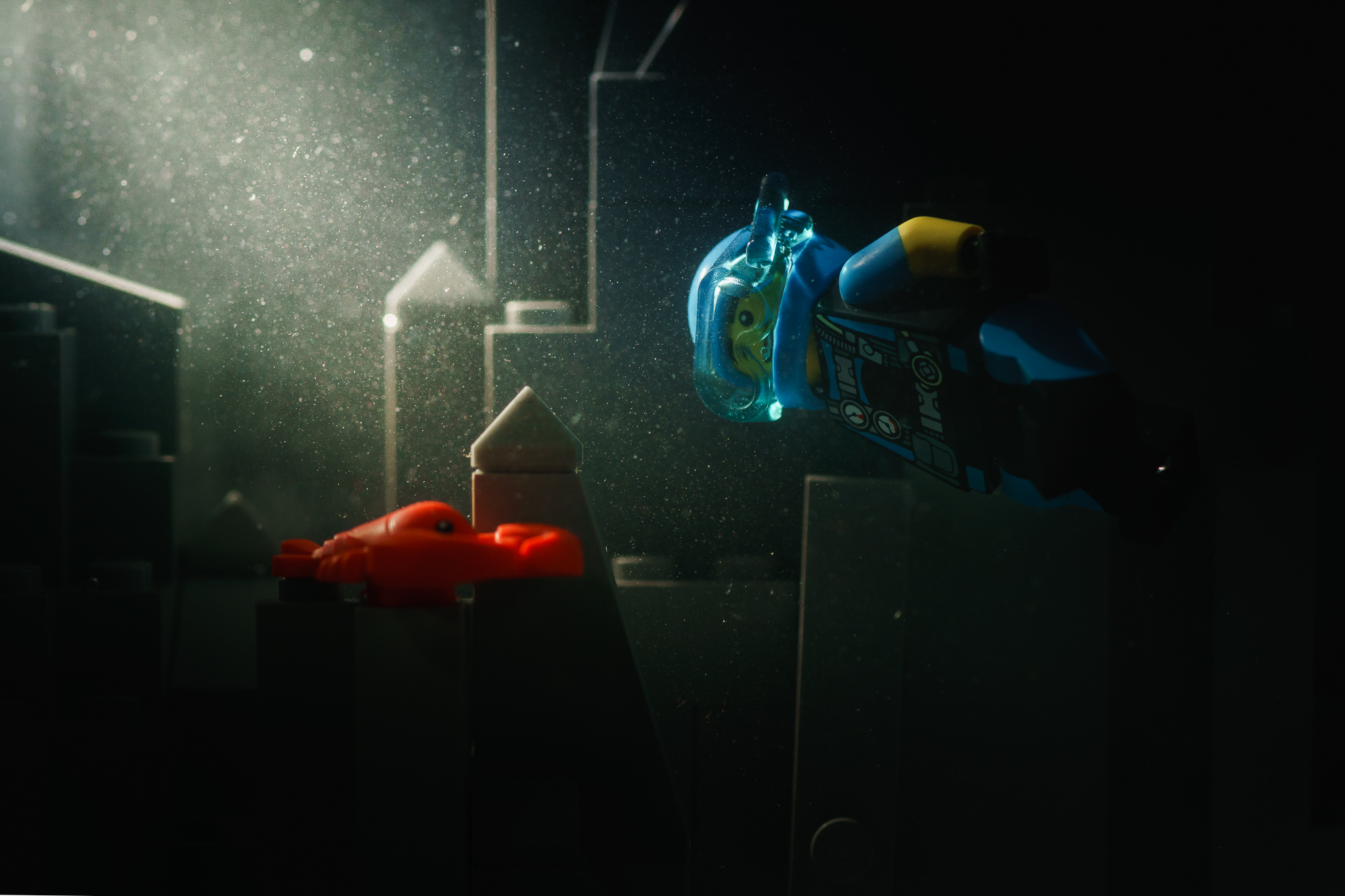 “The Scuba Diver” by FourBricksTall

6) Photography ‘experts’ seem to be divided on whether copying is a good way to develop your own style or not. How do you feel about that controversy?

I don’t think it’s a bad thing to try something that someone else is doing. That’s how we learn as humans. Then we do something either brave or stupid and end up with something different.  Lather, rinse, repeat. 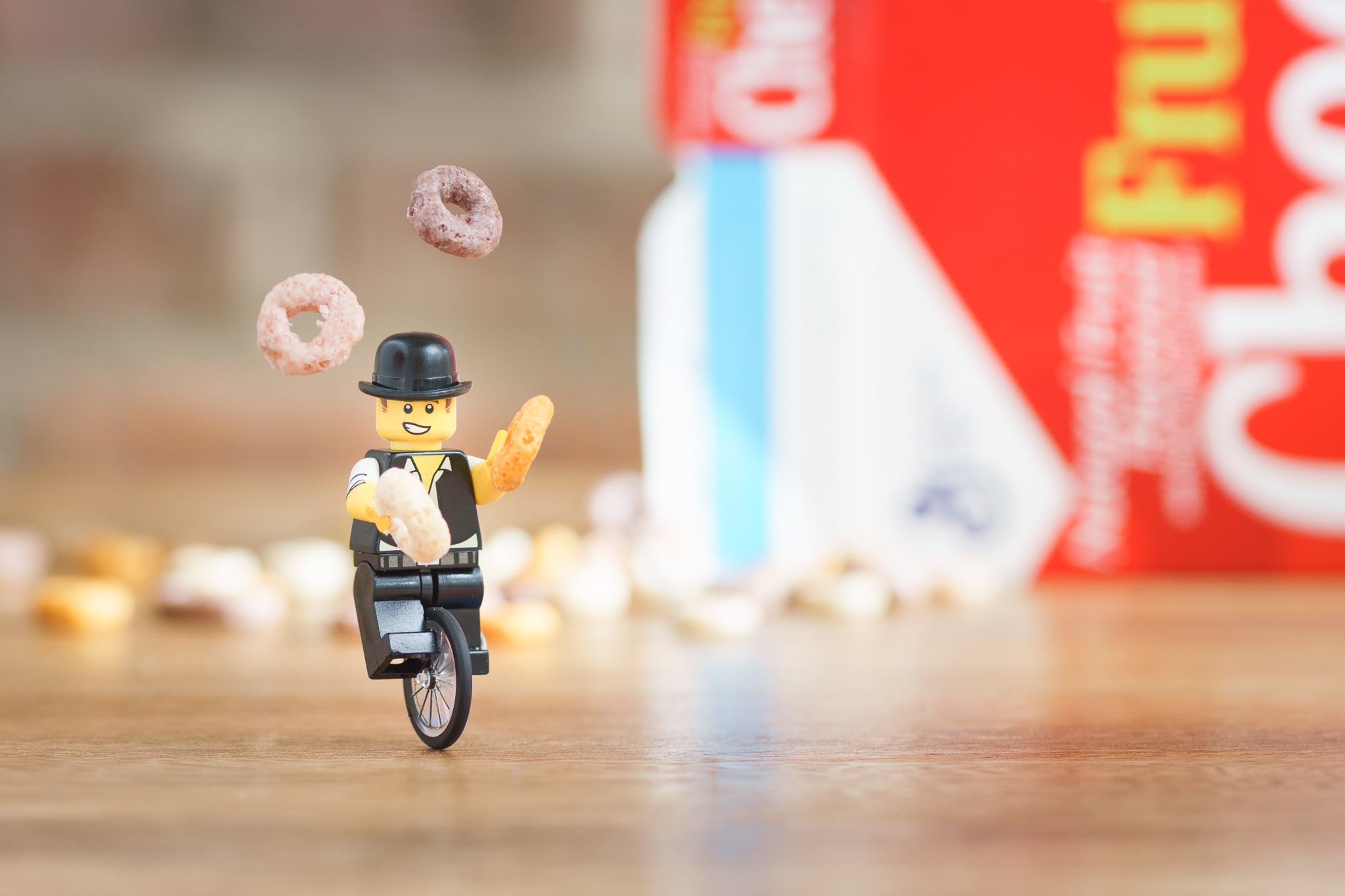 7) How do you encourage your participants to make the image their own, even while being inspired by a fellow toy photographer?

Typically, I add a few images from the same toy photographer that have similar elements in them as the one featured in the blog post so challengers can see how the same technique was used differently, even by the same photographer. It’s hard for someone to make an image their own if they don’t know what their style is though. But that’s okay. This is a sandbox. For now, they can just play. Maybe they will play bravely or stupidly 😉 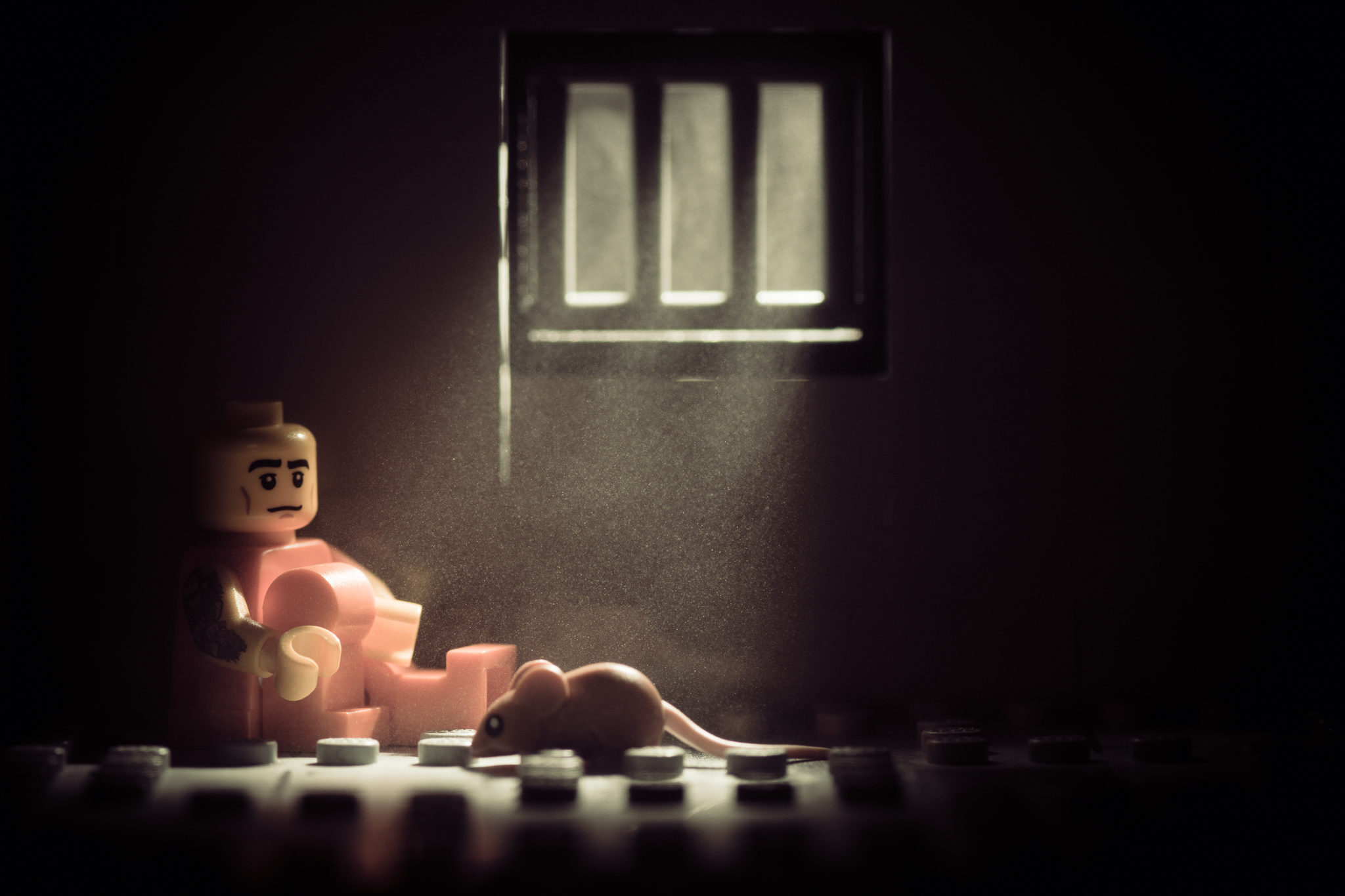 8) How has the response been from those who have taken part so far?

I would say that the people who’ve taken part have all been keen to take on these advanced photography challenges. But more than that, it has become a good-natured competition among the challengers. We’re all rooting for each other and are happy to see how the others interpret and complete the challenges.
The hosts have also been delighted seeing how their work inspires others and in interacting with the challengers.

9) Which images do you feel have taken this concept and not only created images “#in the style of” but made them their own?

I have to say that both of @tomekskog‘s entries to the #inthestyleof_The_APhOL were strong in this regard. His first image flipped the script, which was a delightful twist on the narrative. His second image was completely different but used the light beam effectively. 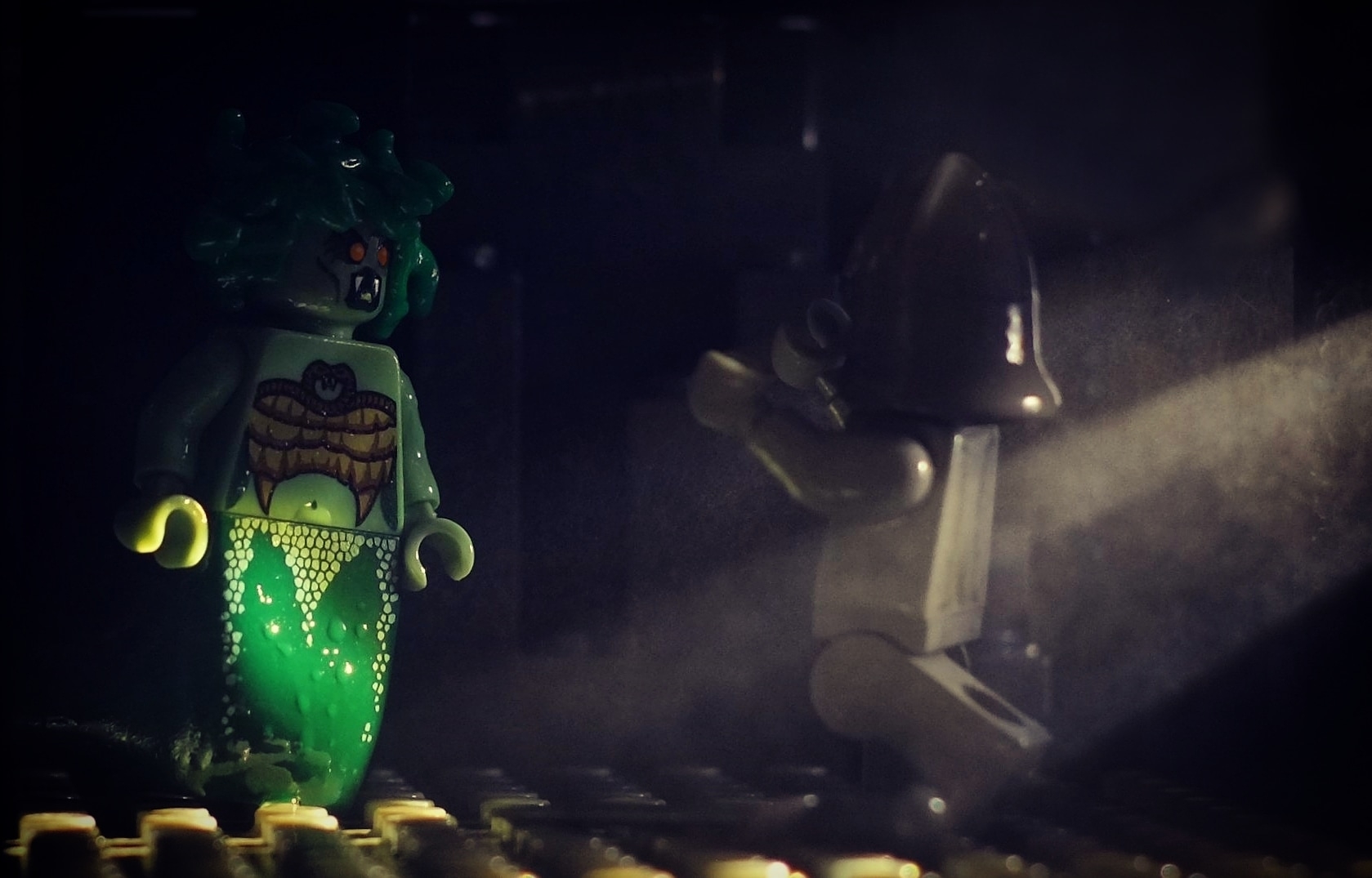 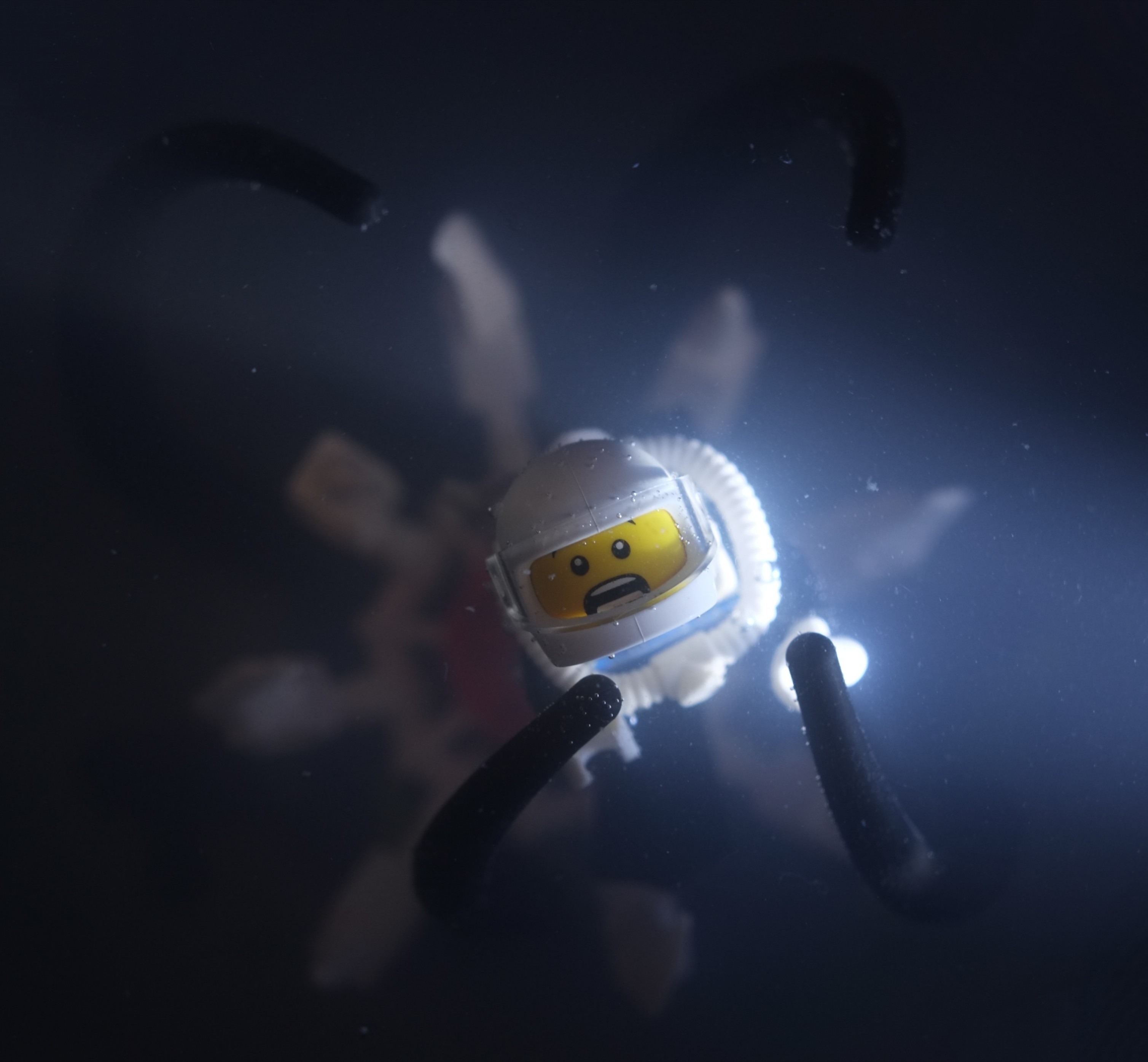 I think I first noticed his work when he submitted an entry for the Old Fishing Store competition. It was a creepy one where Anton is entangled or fighting with a giant squid or octopus. With this entry, he revisited that concept, commenting  “maritime themes are very close to me. I love all these deep sea creatures.’ Just like The APhOL did when I approached him to be the first in my series of interviews, @tomekskog believes he doesn’t have his own style. And just as with The APhOL, I will deconstruct one of his photos perhaps in the near future and show him that indeed, he does.

10) Where will you take the challenge from here? Do you have other photographers you would like to feature?

My hope is to be able to introduce a myriad of styles, different environments, special effects with household items, etc! I also want to identify skill levels (intermediate to advanced) and gear requirements for the challenges. I have a list of about 14 photographers so far. I’ve approached only 3 or 4 of them at the moment. Two have completed the interviews and submitted the required photos so I’m just writing those up now.

11) If a toy photographer is inspired by this idea, how can they get involved in your project?

At the moment, I am curating the list of featured artists but I solicit recommendations after the interview as to who they think I should contact next.

If you’re looking for a creative challenge or in need of a technical push, I would recommend checking out the tag and joining. You can either participate in upcoming challenges or try your hand at one of the previous ones.

Thank you Anna for answering my questions!

Want to be a part of our community? Then please use our tag: #Toy_Photographers. Want to interact with like minded folks in a more intimate way? Then join our G+ Community? Do you sometimes lose track of the blog because life gets in the way? Then join our mailing list to receive our weekly round-up plus other news we want to share!