Why am I a toy photographer?

Why am I a toy photographer?

Let me begin with a question directed to you: Have you ever asked yourselves why and how you became a toy photographer? I know that face you make now. That is howI felt thinking about it.

Let us start some years ago. I guess it was back in late summer or autumn 2014, when I went to a toy store in the city. Why? I still don’t know. Maybe I had a vision? Maybe I just had to kill some time.

I went to the LEGO department of this toyshop and studied the sets standing in the shelves. I had no clue which sets are new; which sets are old; what a UCS is. Last time I played with action figures and LEGO bricks must have been over 20 years ago.
So standing there and checking prices and sets I found the “LEGO Star Wars 75017 – Duel on Geonosis” set.  There has been a discount with 25% off, so I paid and took it with me.

Back home I started building and I had a kind of flashback reminding me of my childhood, where I – like almost every kid – just built what I wanted to. Instructions have been incidental.  Who cares about instructions when you have the ideas and the power to decide what finally has been built down all over the floor in the child’s room?

Getting in touch with LEGO again as an adult of course doesn’t create this feeling again. Especially after building one simple set. It should look like the instructions said and and I have been happy with it.

But what to do now?  I decided to take Yoda with me for some days, wherever I went. LEGO Yoda has been there with me; kept warm and safe in the pocket.

And so the journey begun.

From time to time I did some snapshots of the sky, the streets, some urban architecture et cetera placing Yoda in the focus of my smartphone camera. I did some shots and uploaded them to my private instagram account.  It doesn’t take much time until more and more sets and minifigures moved into my apartment. Simultaneously several toy photography accounts have been suggested to me on instagram. Soon I cleared my private account and decided to use it only for toy photography… especially LEGO.

And this is where I still stand. I tried shooting action figures too but they didn’t bring the happiness and joy LEGO mini figures did and still do.

Beside creating scenes and shooting my own photos, toyphotography let me see how others improved over the months and years. One account I want to point out here is @legodimnico. I first noticed his work when he entered my weekly #LEGOnoFilterFriday contest. Since then you can see how he tried to get better and better. Just check his IG and go way back to his first shots and compare then and now. Stunning!

Toy photography is not an ordinary leisure activity, but I was surprised how big, friendly and helpful the community on instagram is. This keeps everyone motivated to shoot and improve easy. There are accounts like @brickexplorer and @avanaut whose skills I never ever will learn but I look up to them. I see what is possible to create with minifigures and bricks.

A big shoutout to my german speaking fellows @sachabricks, @achderheiko, @brixxss, @german_brick and @swiss_brick. Almost daily there are several advices and discussions about how to shoot and where to shoot , which minifigures and sets to buy and so on. Thank you guys! 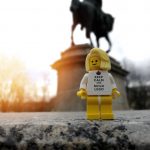 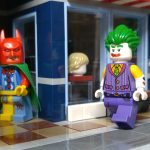 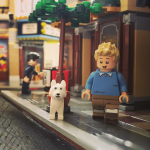 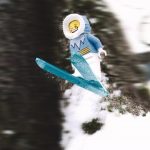 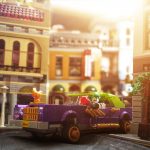 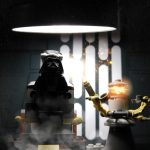 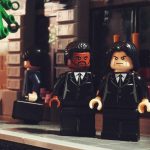 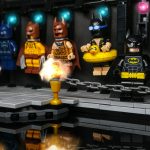 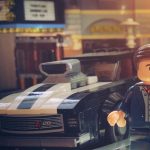 About the Author: Florian