How I have sculpted my picture

Behind every good photo there is always a good shower.
Or at least that’s what happened to me.

I want to tell you how the sculptor’s photo was born, which happen to be my most liked and commented picture.

At least for now.

After a particularly tiring day,  the first day of work after the holidays, I was enjoying a relaxing shower, and as I often do, I let my mind wander in search of photographic ideas.

I wanted to pay homage to the creativity itself, because is the engine of our hobby (or work, for you lucky photographers!), then I started to think about different ways to represent it.

The first I thought was wood carving, which is in my ever growing list of “things-to-do-sometimes-in-the-future”, but I was not able to thought a satisfying way to do it in LEGO; then I thought immediately about sculpture and the first image that came to my mind was this sculptor in his studio, working on a statue, lighted up only from a window.

That should be pretty easy to build: a big grey rock, a sculptor, a window and a wall. 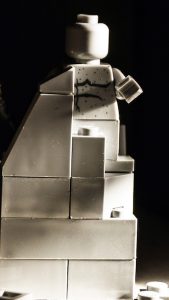 The unnamed work of art

I started with the sculpture.
I found some light bluish grey slope pieces and the perfect minifig torso, stealing it from the CMF series 14 gargoyle.
The hands came from the series 15 astronaut.

I tried to give it an “unfinished” look.

Then I searched for the sculptor, which was an easy choice: the decorator was made for this. 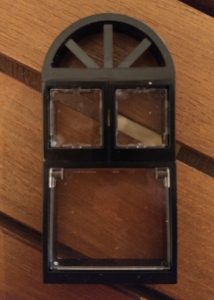 The window too was easy, I wanted a large glass on the bottom and two couples of smaller ones on the top, then I decided to replace a couple with an half round radial window.

That window looked so beautiful!
I just had to build a wall around it, so I started to pile up all the dark flesh 1×2 pattern masonry bricks that i had.

AND THEN CAME THE CHALLENGE

I had not enough pieces to complete a large wall and, most of all, I didn’t have anything to surround the half rounded top.

That was a major issue for me, since I wanted to stay with that window design, so I started to search for alternatives.

At that moment I remembered an article that James wrote about the hurdles of a photo, and I can say that it’s all true.

What I was needing was something to stick that window on.

A piece of paper…or maybe a cardboard.

Why don’t use directly all the cardboard box? I had one recently that could have been perfect as room. It was dark enough, I could had cut it and could contain the smoke that I was going to blow in order to make the light rays visible. 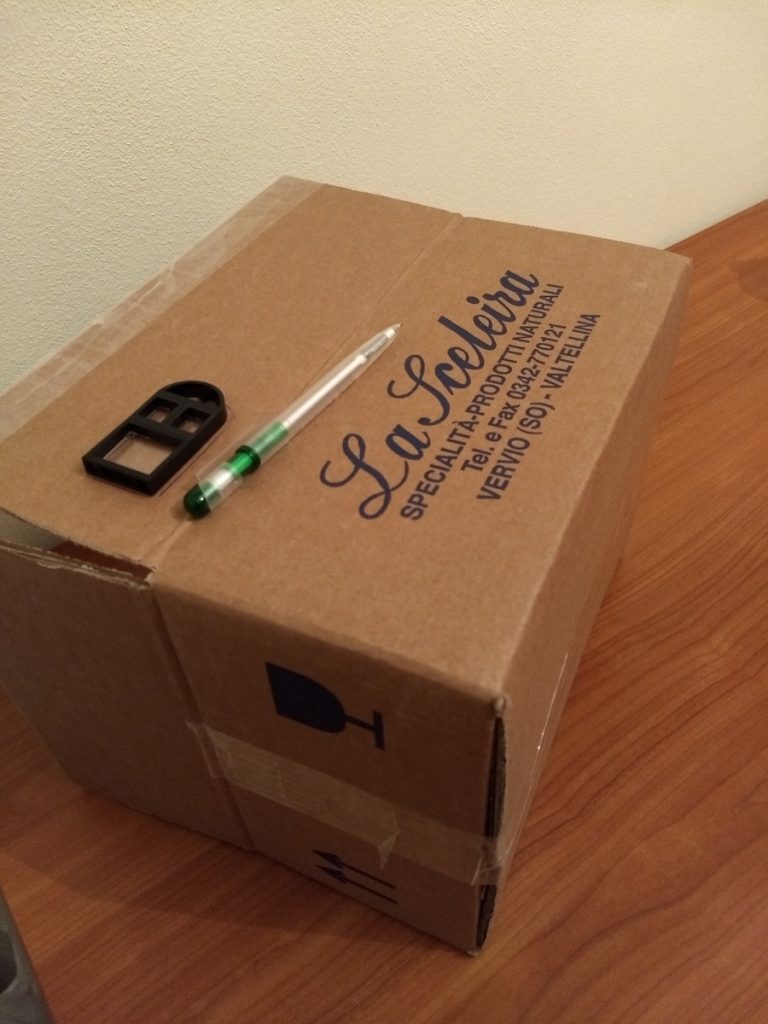 What was the content of the box? That’s a mistery…

So I cut a recess a little smaller than the exact size of the window, so that it could have fitted well without passing light. 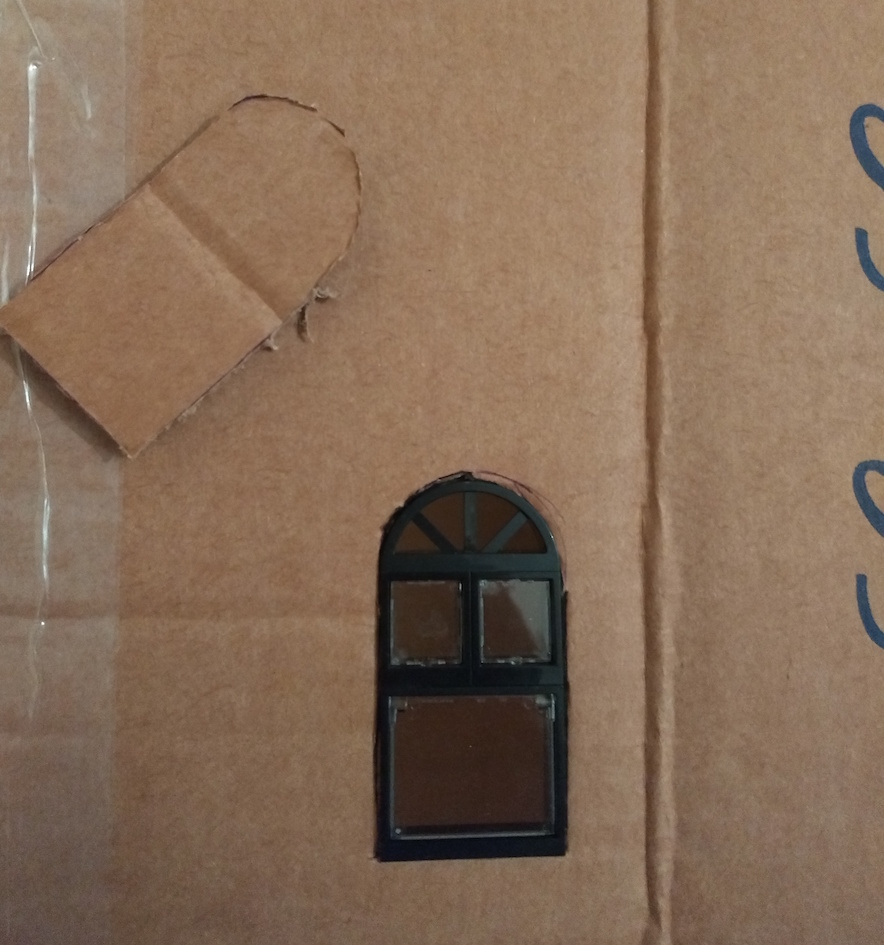 Once I set it all up I placed a lamp on the side so that it could illuminated the statue and the sculptor. 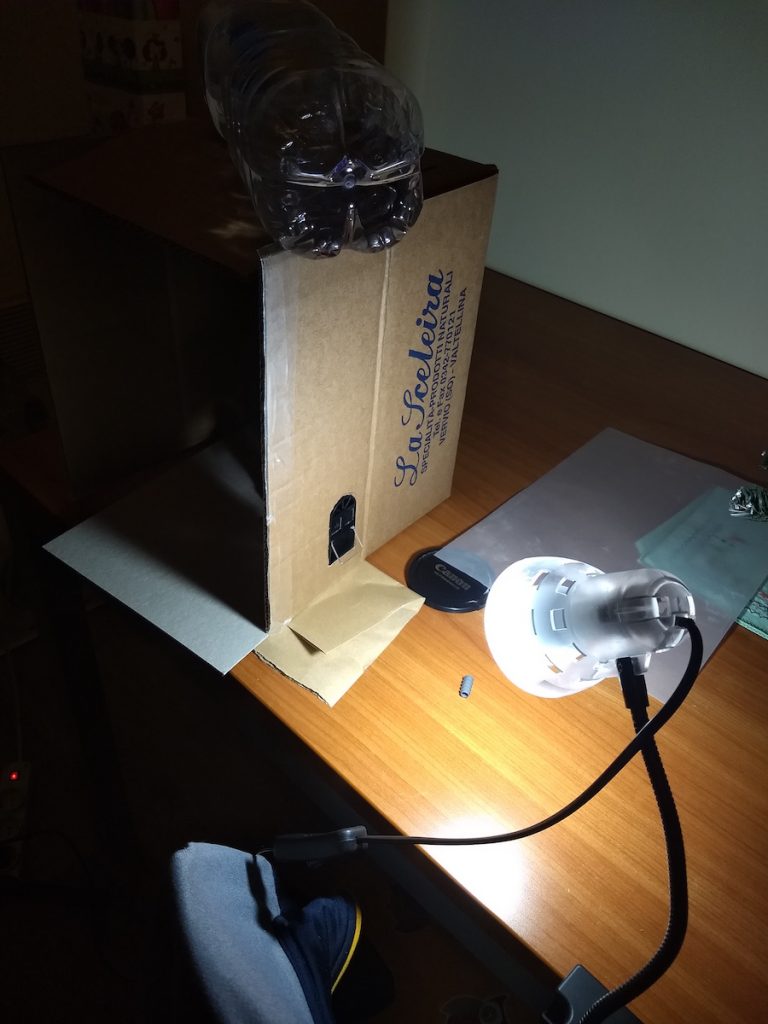 The bottle was fundamental to block the light under the box

Now the most complex part: the smoke to show the light.

I boiled some water.
Failure.
I lit some toothpicks.
Failure.
I set fire to some paper.
Failure.
I burned a cotton ball.
Hey this worked! It generated enough smoke to show something!

It was enough for me. 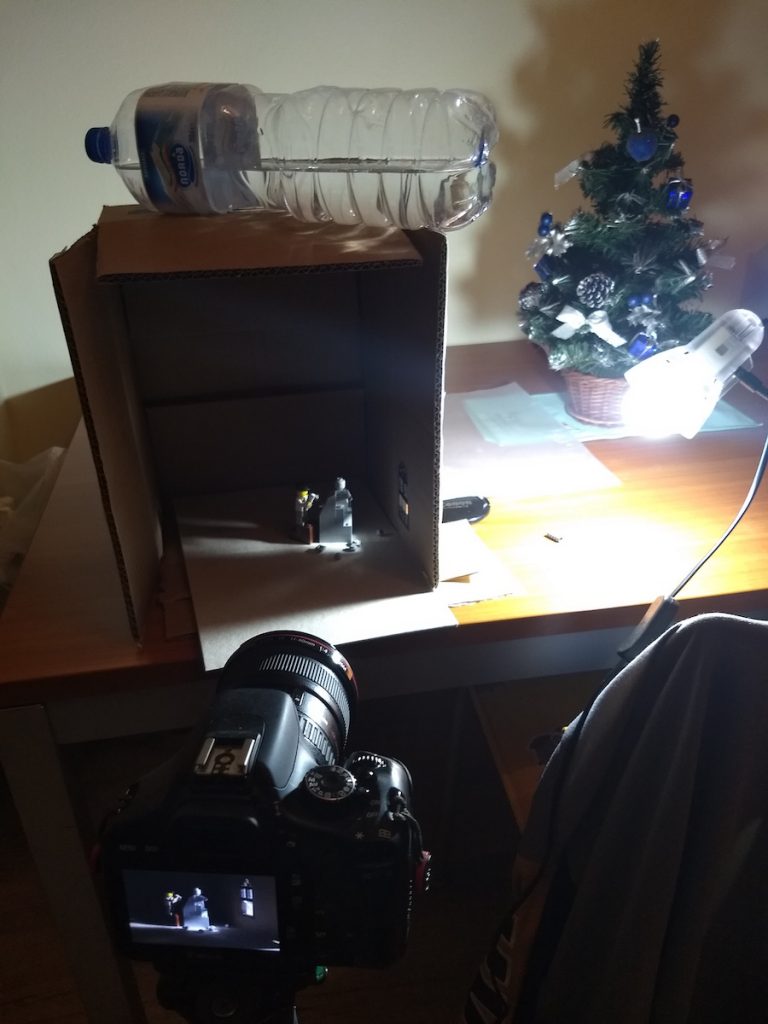 Then I moved to post-production to better highlight the rays and to put some dust particles.

The final result was so good for me because it pictured exactly what I had in mind initially, and we know that this rarely happens! 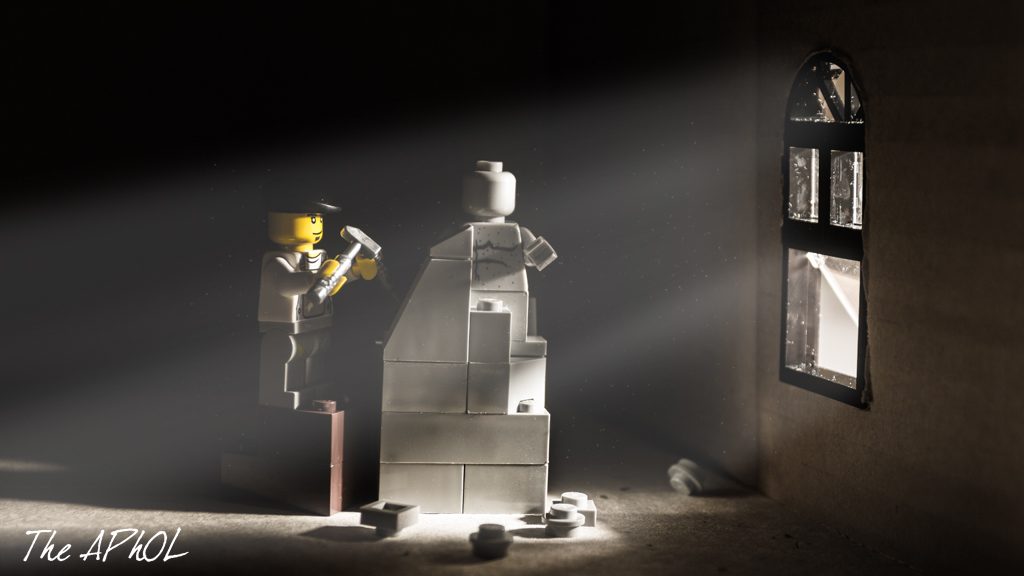