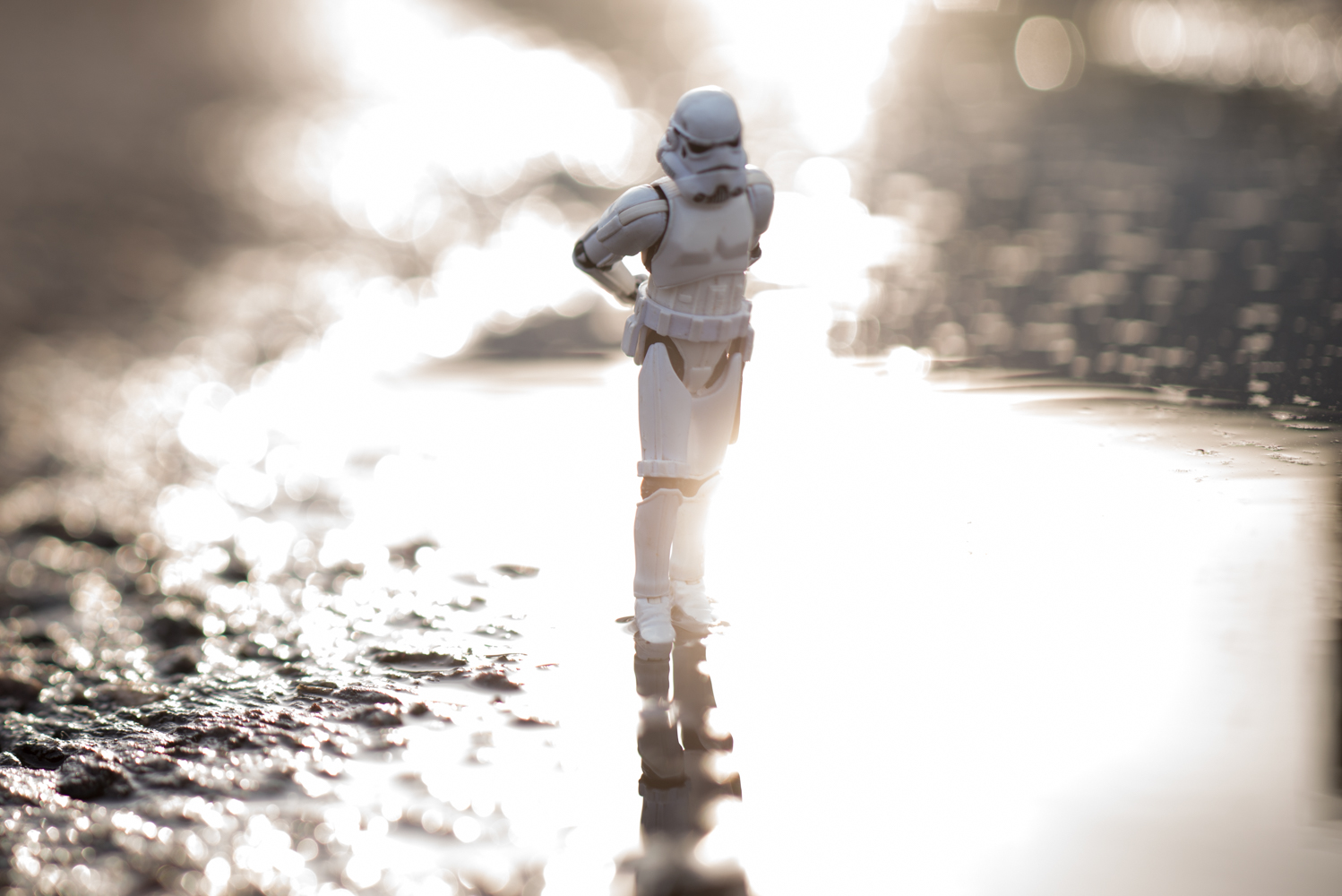 Before Kristina Alexanderson was ever the co-host of the monthly themed episodes of the Toy Photographers Podcast, she was a guest!

I wanted to interview her for several reasons: Her friendship and history of collaboration with Shelly, our mutual love of Stormtroopers, and the fact that I frankly didn’t know much about her despite having met her at the Seattle Toy Photo Safari back in March 2016. I even shared an hour long car ride with Shelly and Kristina that weekend. I hadn’t become engrained in the toy photography community yet and was honestly too shy to be conversational!

If you had told me two years ago that I would now have a friendship with both Shelly and Kristina, and host a podcast where I talked to people each week, I wouldn’t have believed you!

Kristina was high on my list of people I wanted to interview, and we actually recorded this episode two days after Christmas. We covered a wide range of topics, like how she started her toy photography journey by kidnapping her children’s toys, blurring the lines between Star Wars iconography and fairy tales, how her ambitious 365 project was going, and what her goals were for 2018.

The episode is live now at all the usual places, and as always you can listen to it right here!

Thank you so much for listening. There won’t be a new episode next week, but fret not; starting in March we’ll be moving to four episodes a month instead of three! There are some great guests coming and fun things planned, so stay tuned.