Two years ago I was given some news that at the time was world shattering. We’d been in our first home for six months, we were due to get married in six months time and my fiancée had just been diagnosed with cancer. Everything I thought I knew suddenly changed, everything I thought was important, no longer seemed quite so relevant. My attitude to work changed and I lost my focus. Family and friends suddenly meant much more to me and I became far more aware of how fragile life can become.

I found myself in the dark places I’d been in before. I was within myself, but I was far deeper down the rabbit hole than I had ever been before. I lost my passion for everything I enjoyed doing. I stopped going out with my camera, I hated leaving the house, I was on my way to being diagnosed with depression…

Can I have a few LEGO Stormtroopers, I fancy having a go at something a bit different with my photography… 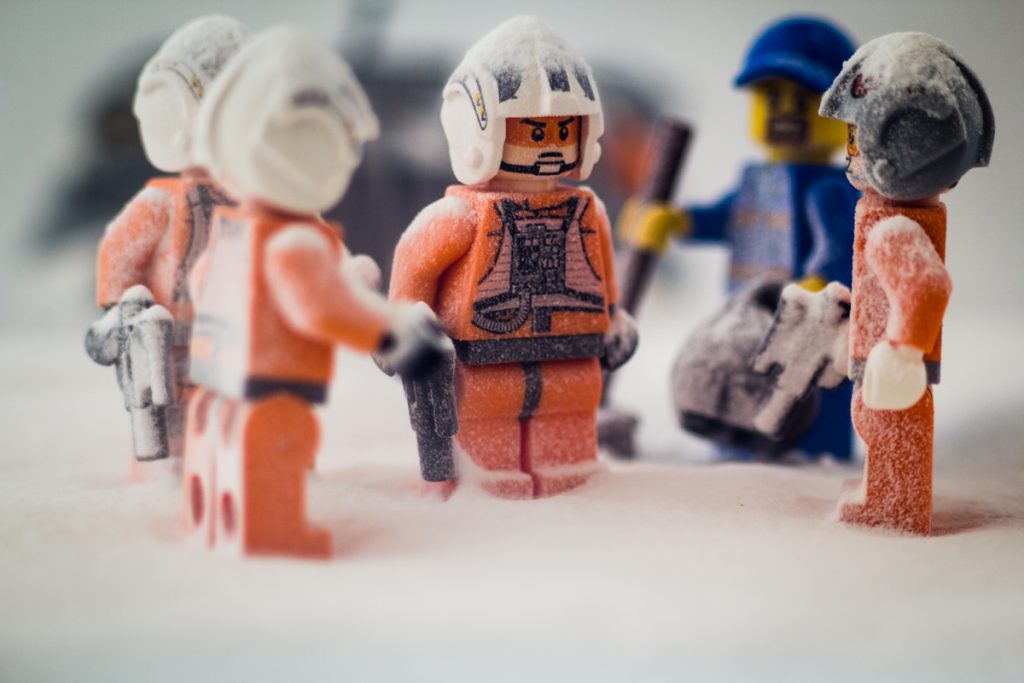 Those three stormtroopers quickly grew to quite the collection of LEGO. It became a release for me, handling mini figures and building LEGO sets took me to a place I’d not been to for many years: a younger, more carefree me. Following a set of instructions I began to build an assortment of plastic pieces into something I could physically handle. It was a release, something which still gives me a creative outlet without needing to leave the house as that terrified me. Having spoken to friends who have been in a similar place mentally, I’ve discovered I’m not alone with my use of ‘LEGO Therapy’. Several friends have found themselves sitting over a pile of bricks with a set of instructions following them page by page, forgetting the stresses and anxiety of their daily grind. 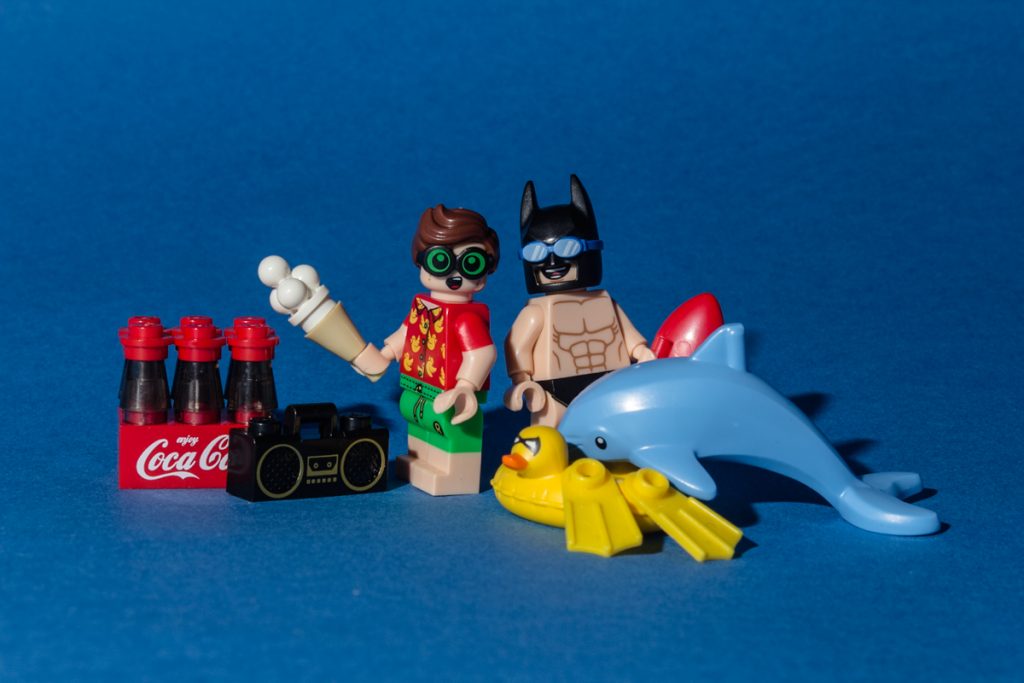 Two years later, my office under the stairs at home has become over run with LEGO. My desk at work has an assortment of various mini figures strewn across it. I spend many a lunch scrolling through page after page of toy photography and blogs from the likes of Avanaut, Shelly Corbett, Legodimnico and Jooka5000, looking for inspiration. Most evenings, I’m at my kitchen table with a sieve full of baking powder, a portable fan and my camera, trying to make a Stormtrooper look like he’s tackling a blizzard, whilst trying not to make a mess, creating images that take me to different worlds. 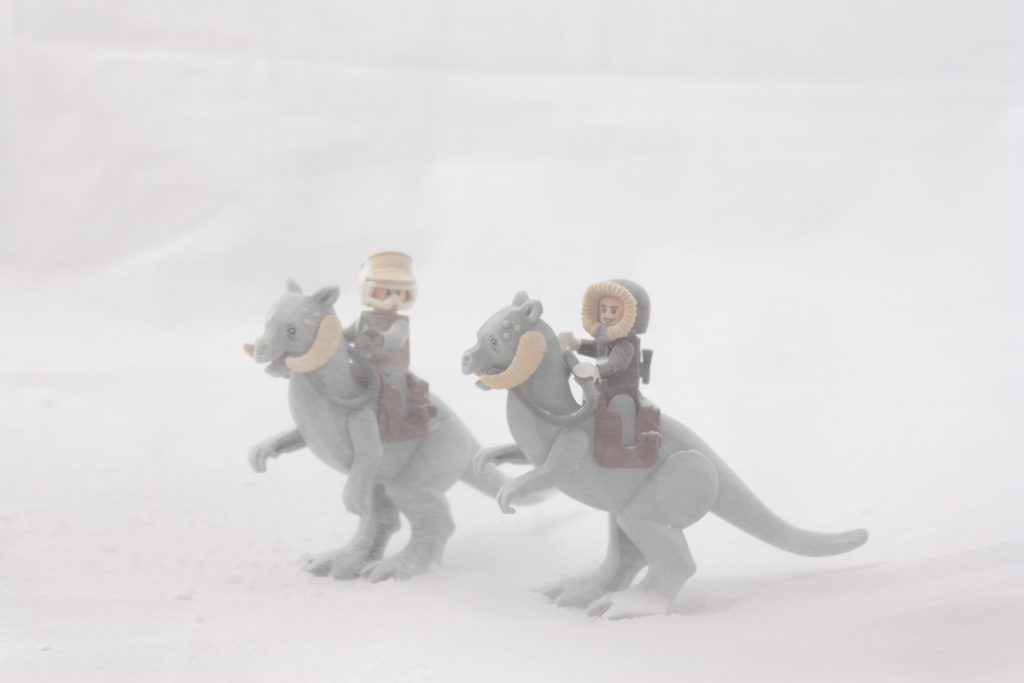 Often I’m not convinced that my image is as I’d hoped but striving to create the image I had in my mind keeps me going back for more. The image in my mind feels like it’s a believable world made of plastic people living out their mini lives, dealing with snow, boating on a lake, engaged in a heated firefight on a strange alien world or just sat around a table with friends, it keeps me setting up my mini studio, working towards getting that next image I’m happy with. I’m being creative again. 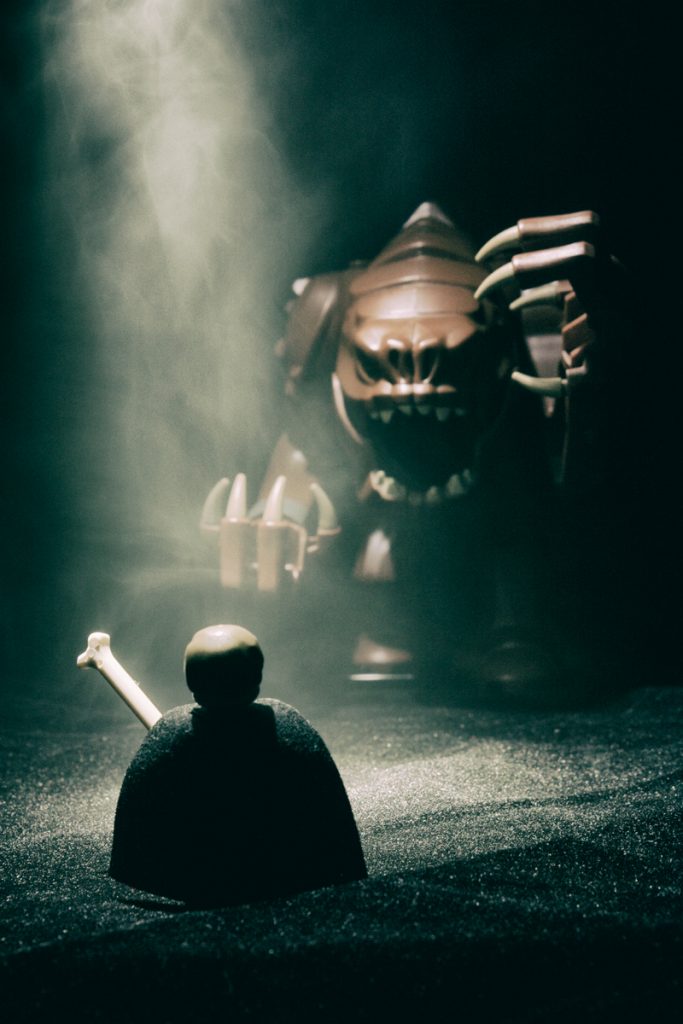 Two years later I have for the most part recovered from my depression and anxiety. I still have bad days but I’ve learnt to cope with them better, to not dwell in my thoughts for too long. I’m going out again with my camera, stood on windswept beaches and in front of scenic vistas from a hillside but on those days where I can’t for whatever reasons, I’m still setting up my mini-studio in the kitchen. 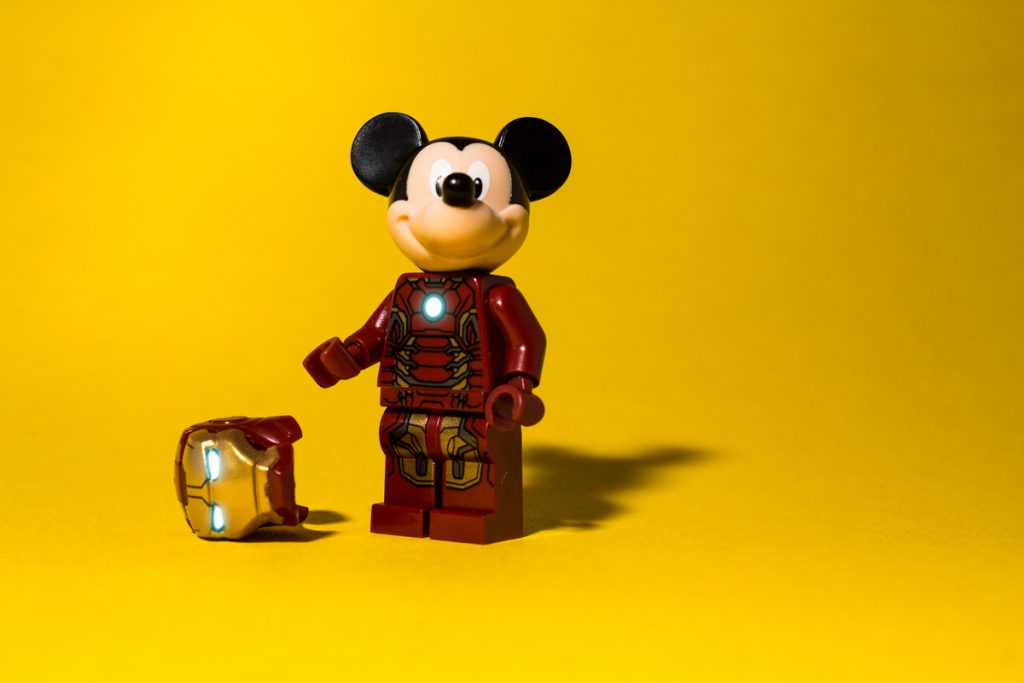 I have recently become a member of a local photography club and my obsession with toy photography seems to both fascinate some whilst bewildering others – why does a grown man want to photograph LEGO? I explain that for me it is a release, it allows me to focus my thoughts on something and stops me overthinking. I was recently asked to put together an ‘Inspiration Night’, a chance to share the work of photographers who make me want to pick up my camera. I approached a handful of landscape photographers whom I admire but I also wanted to share to work of toy photographers to an audience who would otherwise dismiss it. I approached Vesa Lehtmaki (Avanaut) and Shelly Corbett to ask permission to share some of their work who were both more than happy to help.

As part of the evening I gave a short presentation on the work of my inspirational photographers along with a few of my fellow club members, covering landscape, street, portraiture, compositional and of course, toy photography I also set up a toy table with a few of my own pieces and some of the torches and tools I use for my images to give members a chance to have a go at some toy photography, which for many of them is something they wouldn’t have even considered before. 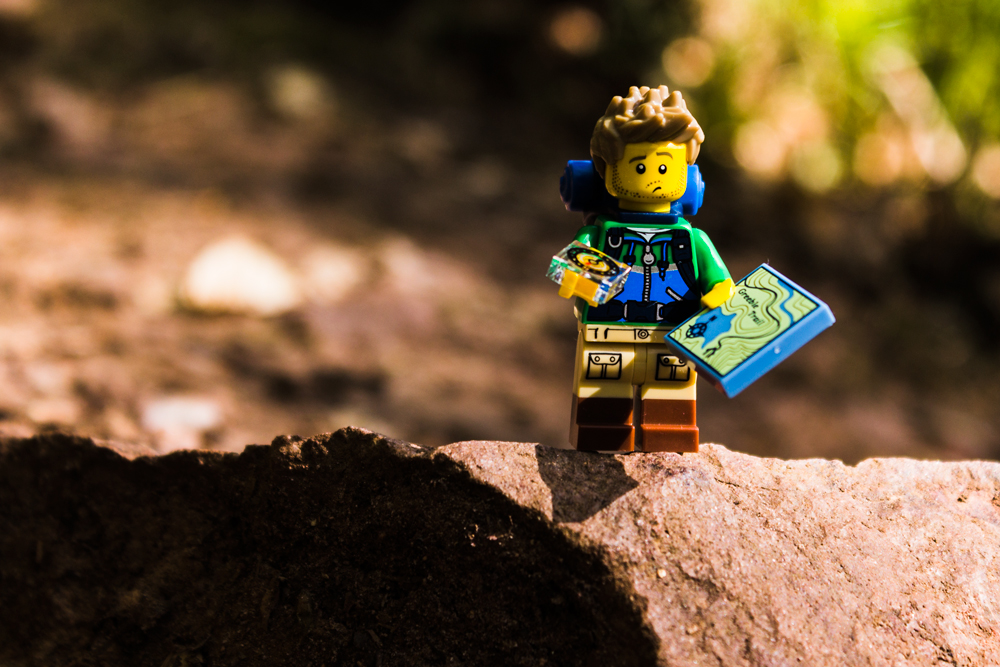 Following on from this presentation, I have been asked to organise a full presentation on my style of photography, to demonstrate the techniques I use and to talk about some of the thought processes behind the images. I will be setting up scenes to have a go at, including my blizzard set up to stretch peoples imaginations and to have a go at something different. It’s a little bit daunting, the thought of standing up in front of a room full of people and explain why I photograph Lego but I’m hoping that process of going out of my comfort zone will help me that little bit further along with my recovery.

Two years later, we’re settled in our own home, married and my wife has been given the all clear. One thing hasn’t changed though – most evenings I shut the kitchen door (don’t want to disturb the wife watching her latest box set), set up my mini studio, grab the baking powder and begin work on my latest photographic idea.

And I love doing it!! 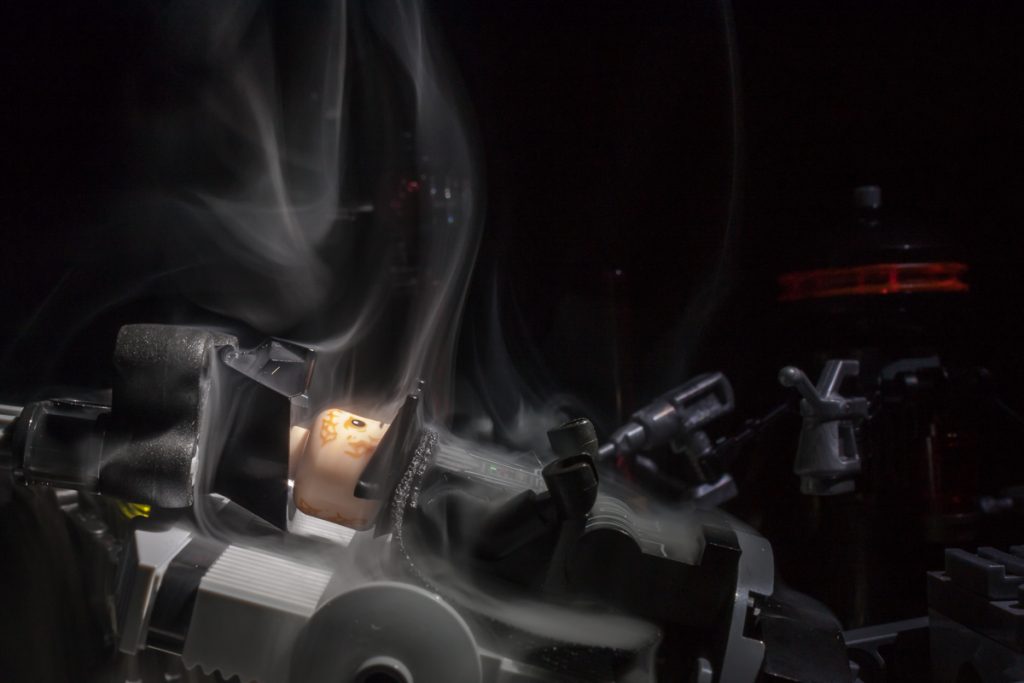 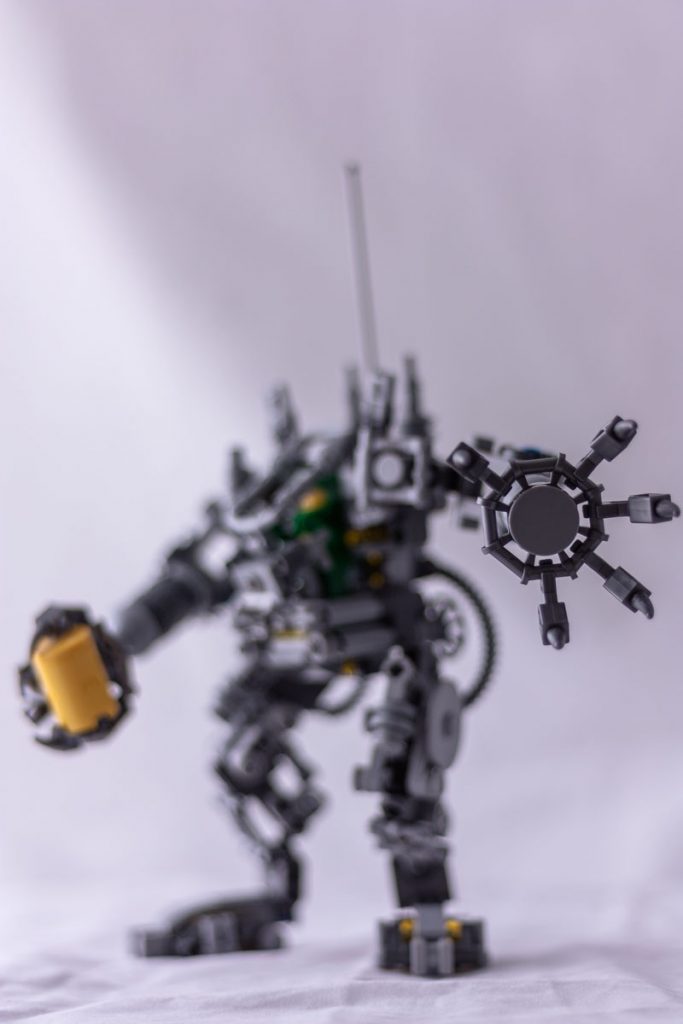 About the Author: Dan Cooke