In all my imagined versions of how 2018 might start, I didn’t think of coming down with flu. And yet, here we are, 11 days into the start of the year and I’ve spent most of them sick and feeling like someone hit me with a truck.

If you are like me and not working or doing anything makes you crazy, you might come up with some hair-brained idea to go through all 365 of your project photos and collate data on them (whilst marathon watching episodes of Castle under piles of blankets). You might even, in the interest of visual data, make a few pie charts.

And you do all of this just so you can make crazy obvious statements like:

I am an outdoor photographer 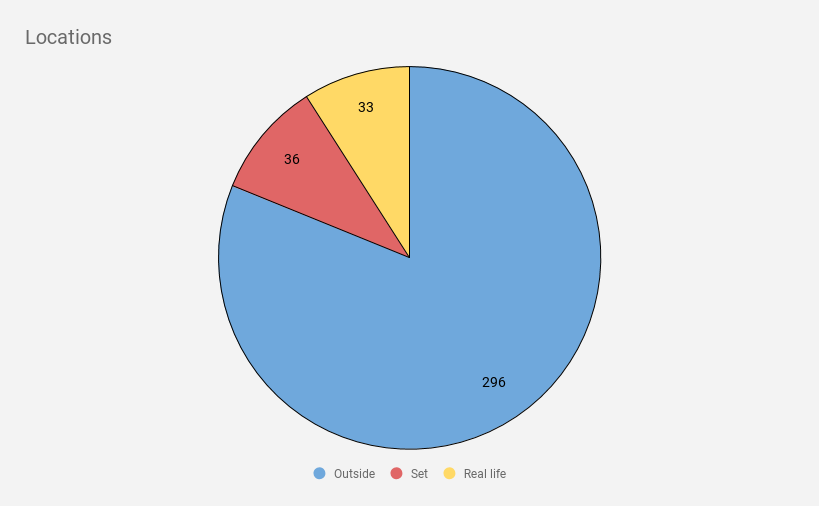 I used ‘Set’ to indicate a scene either on a LEGO set, or something inside set up for the photo. ‘Real life’ indicates the toy interacting with the real world in some way.

So it turns out, 81% of my project photos were taken outside, mostly in my garden, and frequently (22% of the time) in the perfect eye height branch of our old apple tree. It can be a bit dangerous, especially in the autumn when on at least one occasion, I got hit by a falling apple, but it’s perfectly lined up at eye level so no yoga is involved to take photos. 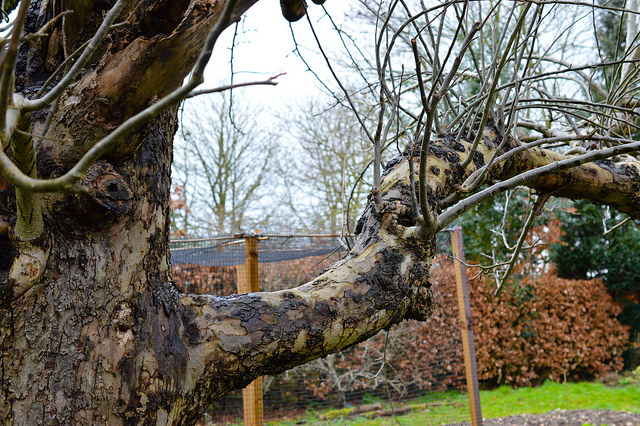 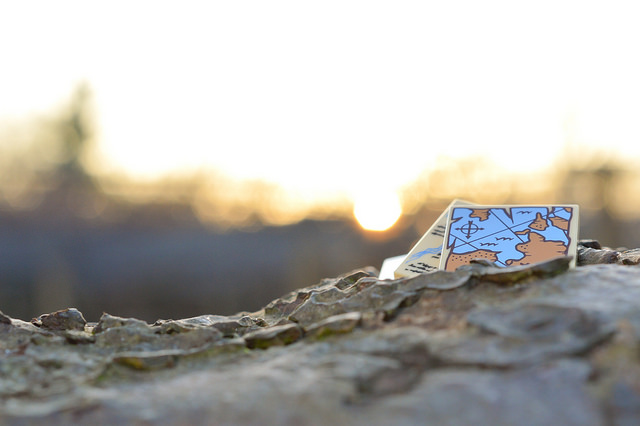 Toys, outside on the apple tree branch at sunset. My primary photo location.

I am still a LEGOgrapher 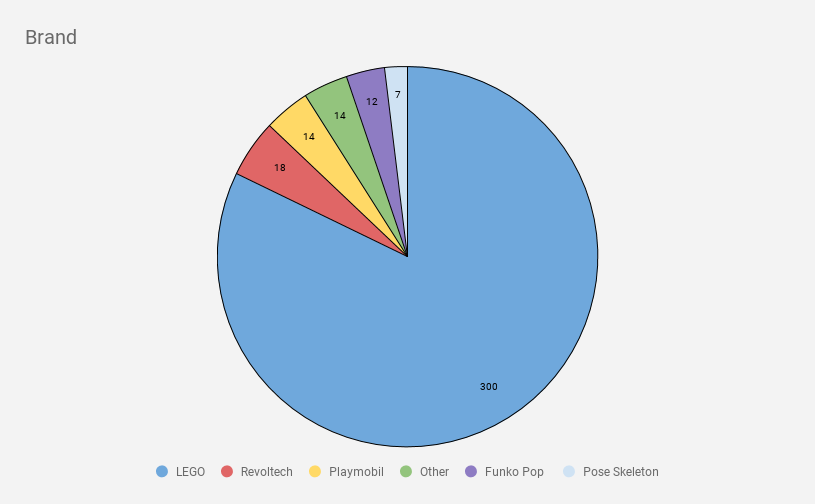 Whilst my toy horizons are broadening, I do still generally photograph LEGO (83% of photos). As my toy collection has expanded though, Playmobil (4%) and Revoltech (5%) crept in. Pop figures were also seen (especially as I kept buying them over the year, despite promises to only ever have a couple!) 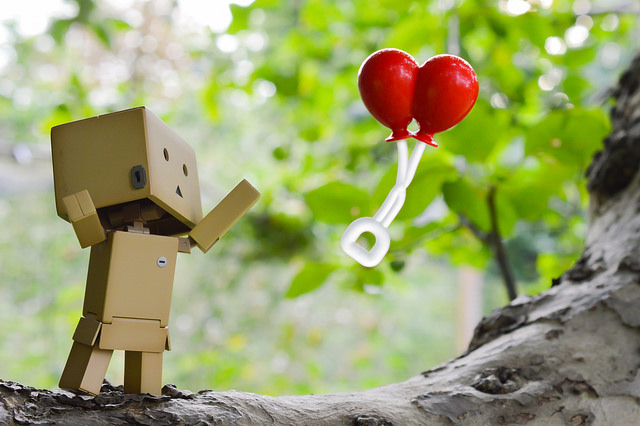 Up, up and away go the promises to not buy more toys! 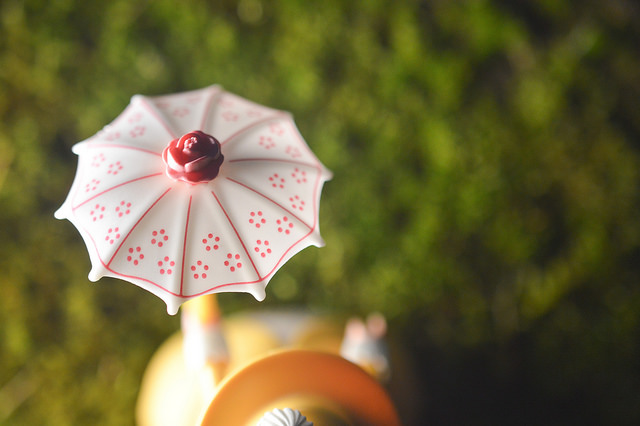 The lady who started my new Playmobil collection. All for the umbrella.

I edit primarily in colour 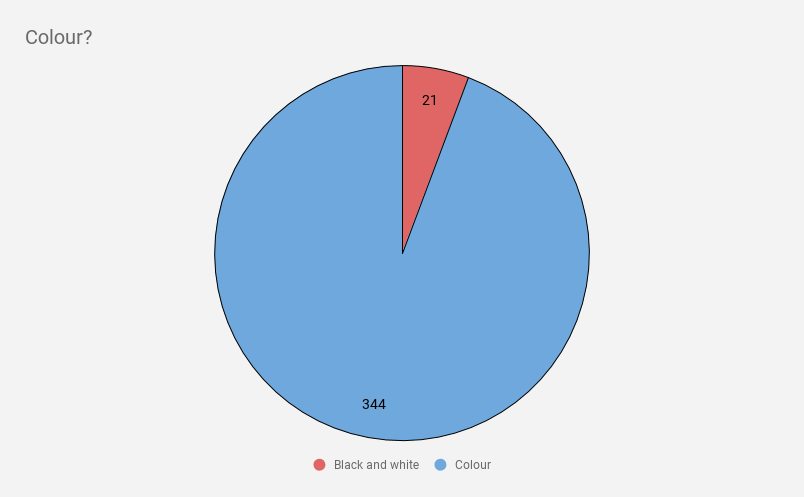 94% of photos for my project were left as colour photos. This one actually surprised me as I really like black and white photos so I would certainly have expected this figure to be a bit higher. It certainly felt like I had more black and white shots as I was taking them over the year. 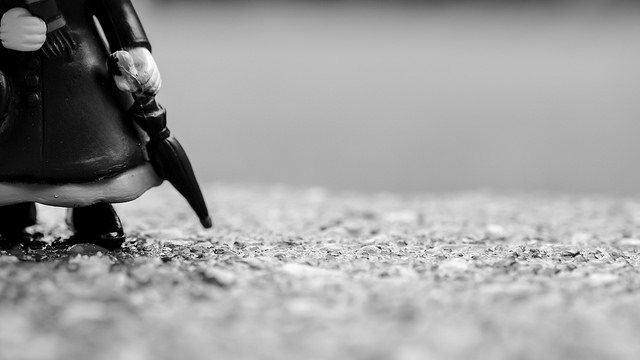 I am a creature of habit

There was a lot of repetition in my year. I used the same accessories over and over again (teddy bears and pink umbrellas anyone?), despite having many others available. I guess it’s all about what speaks to me and whether or not I need ‘comfort photography tools’ on a given day!

I also used the same five key figures for almost 25% of photos (my sigfig, Snape, Skellewings, Batman and Spooky Girl). Again, it’s not like I don’t have many other toys to photograph, but something about that particular collection just asks me to photograph it (and mostly comes with me in my Tin TARDIS so was always available). 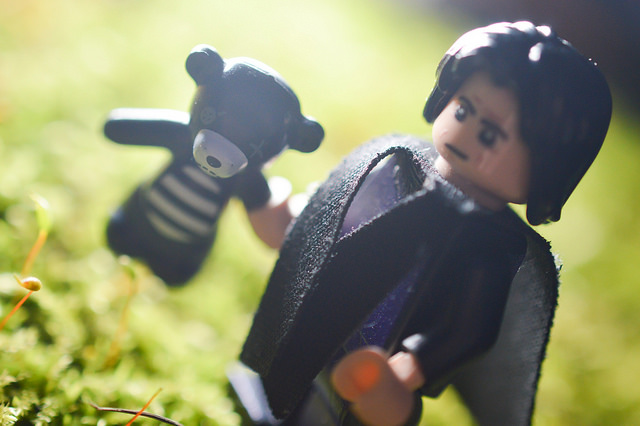 Reviewing my photos in this way has given me a really interesting look at how and what I took pictures of in 2017. It’s certainly something I would do again as it helps me understand where my comfort zones are and how I could change them. It’s also helped me see that whilst there were a lot of different photos across the year, I did develop some sort of style for my photos (one of the aims of the project).

Have you ever looked at the numbers involved with your toy photography? Did you find out anything interesting or unexpected about how/what you shoot? Let me know in the comments!