Where to next? What does life after Instagram look like now that the platform is becoming so hated? What began as a simple, chronologically arranged photo sharing app is now virtually unrecognisable, and people aren’t happy. These days a Facebook algorithm governs the feed, the polaroid inspired square format is no longer binding, and Snapchat’s influence is obvious, to say the least. These moves away from the app’s roots are, unsurprisingly, hardly universally popular among Instagram’s 700-million strong userbase. People hate change, toy photographers not excepted. Recently, as first the algorithm, then stories, then the infamous ‘shadow-ban’ rolled out across Instagram, I’ve seen many posts proclaiming:

“Instagram is going down the drain! I’m moving to Eyeem!”

“Come to 500px! This new algorithm is terrible!”

“Google+ is the best social media! No Facebook messing us around over there!”

Toy photographers, it seems, are fed up with Instagram. Unfortunately, we haven’t yet been able to agree on a migration path. The question therefore seems to be, where to go? Which app is the best fallback platform? 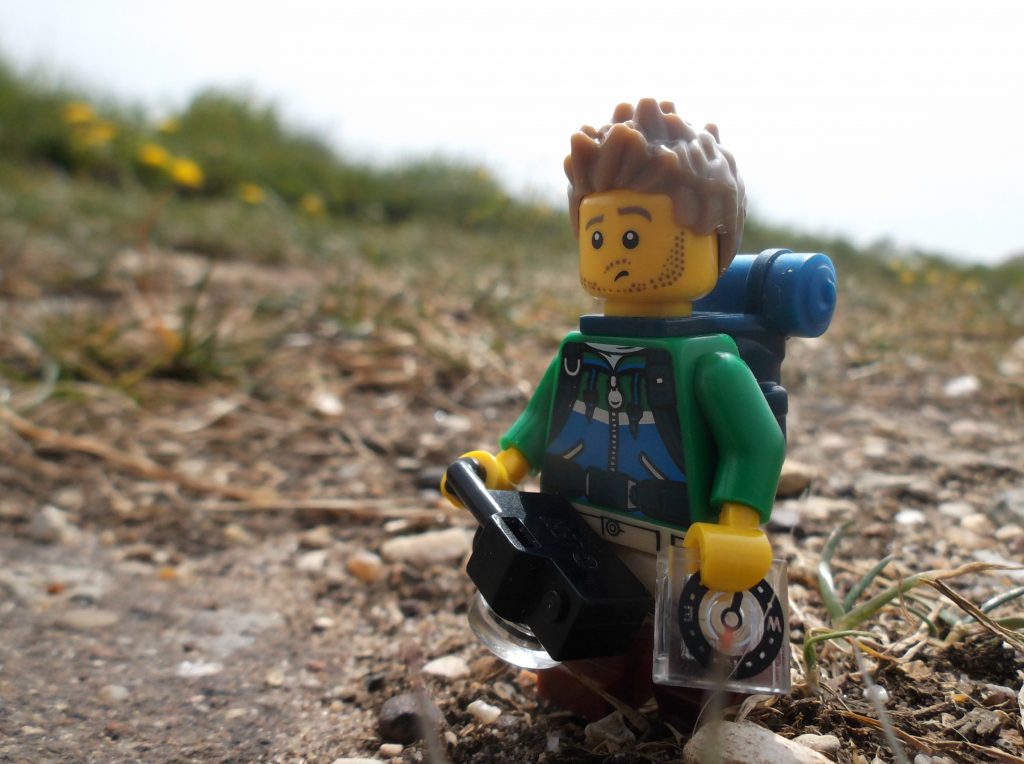 Personally, I’ve been looking for new platforms to share my photos on for a few months now. I think, having tried a bunch of apps, that I’ve probably tried whichever will end up replacing Instagram. I know which I’d like it to be, but I’ll get to that in a while. The options, I think – with varying degrees of likelihood – are as follows:

Yes, Instagram. It gave rise to the toy photography community and it isn’t dead yet. Not even close to it. If most toy photographers end up staying there, I wouldn’t be at all surprised . However, this post concerns alternatives, so I’m not going to go into whether or not Instagram deserves to be abandoned. Of course, toy photographers do use other platforms – Facebook and Twitter spring to mind – but Facebook unsurprisingly suffers from all the same problems people complain about on Instagram. Twitter, meanwhile, seems infeasible as a main output for photographers due to its word-centric format (not to mention the trouble photographers who write long, poetic accompaniments for their photos, such as the wonderful @East_Mountain, would run into Twitter’s 140 character limit) it really isn’t an option. So that’s the list.

Out of these, the platform I’ve been using the longest is Flickr. Doctor Who photos by Rooners, a Flickr user, inspired me to start toy photography, and for a while it was the only platform I used, mostly on my PC. I still rarely use the Flickr app, but to be honest I rarely use Flickr at all these days. Its metadata features have formed the basis of some defences of the platform, but I’ve never been particularly interested in metadata. And while Flickr is arguably functionally superior to Instagram in certain ways (you can upload photos in groups and have them all displayed at once, it has an albums system and groups features…), it just doesn’t feel as friendly to use for me. This is partly because the groups system isn’t as welcoming as G+ communities (more on these later).

Another issue for me is Flickr’s design: the platform presents photos on a black backdrop, as opposed to the white backdrop of Instagram. I use my website to experiment with digital design a lot, and not once in years of near-constant redesigns have I presented my photos on anything other than a white background. It’s almost certainly largely subjective, but I simply prefer the impact of images presented on white to that of those on more colorful backdrops. 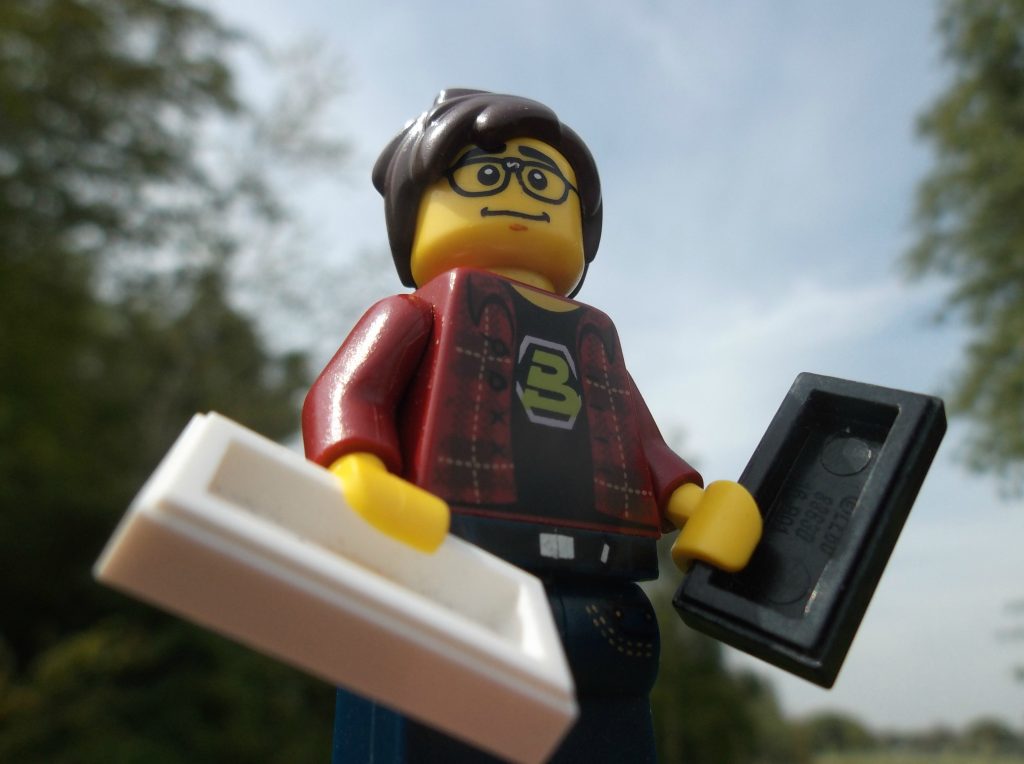 Indeed, this preference for white design is clear when considering Eyeem and 500px. While the two platforms do have slight functional differences (500px doesn’t display captions in its feed, Eyeem has a very active brand partnering competitions element, etc. etc.), in most respects they’re identical. Except, that is, for their colour scheme. Eyeem presents photos on black, 500px on white. Design isn’t my only reason to like 500px, as I do like the emphasis on storytelling with photos alone that arises from 500px’s lack of displayed captions, and that this has meant I’m following several non-anglophone accounts and enjoying their content just as much as that from anglophones. However, I think the difference in background colour is the main reason why I prefer 500px out of the two.

There is one factor that unites 500px, Eyeem, and Flickr, though. They’re all distinctly aimed at the professional photography market, unlike Instagram or Google+. Perhaps because of this, they all feel much less community-focused than other platforms, and I can’t see that any of the three platforms have the potential for hosting a toy photography community as active as we have on Instagram and Google+.

I will keep the 500px app, but I doubt I’ll post on it regularly; instead I’ll use it as something of a gallery for inspiration. Eyeem and Flickr, I’ll delete. I may have started out on Flickr, but I really feel there are better platforms out there. 500px, Eyeem and Flickr are probably great for the professional stock photographers that they’re aimed at – but we’re not professional stock photographers.

So, having ruled out Eyeem, 500px and Flickr, two options remain: staying on Instagram, or moving to Google+. Is G+ the best potential new home for the toy photography community?

First a warning: Google+ is not like Instagram. G+ is a much more complex platform than I was used to, and I’ve needed a week or so to get used to it. Most notably, G+ doesn’t force you to create a single, cohesive feed of images. On G+, the desire for symmetry in your profile grid disappears. Symmetry has governed my IG posts for months since I finally got fed up with the mess I had been presenting to prospective followers, so this is very refreshing for me.

You do have a ‘feed’ on G+. However, people mainly view your posts, which can be text-only, in ‘collections’. Instead of posting straight to the home screen, you select one of these collections to post to specifically, allowing you to share non-toy photos, announcements, musings just that bit too short to be a blog post, or indeed anything you feel like, without having to worry about spoiling your pristine profile grid.

Furthermore, instead of just grouping images with hashtags (although they do work), ‘communities’ are groups of pages to post to. Shelly and the Toy Photographers team have utilized this feature wonderfully: if you want the whole community to see your photo, there’s a category to post it in the Toy Photographers community. If you want to share your set review, enter that month’s photo contest, or just comment about something toy-related that’s on your mind, there’s a place to do it. And when you’re just looking for some great toy photos to scroll through and +1 (the G+ equivalent of IG likes), your home screen collects together all the latest posts from the users and collections you follow as well as the communities you’re a part of.

All in all, I have no doubt that this is the best place to be for toy photographers. Yes, of course G+ has its quirks – the inability to post to both a collection and a community simultaneously, for one – but no platform is perfect, and having experimented with the other contenders my view is that G+ is the runaway winner for toy photographers. I urge you to check it out if you haven’t already, and to request to join the Toy Photographers community. I’ve only been using the platform for a little over a week, but I’m loving it. Come and join the fun. 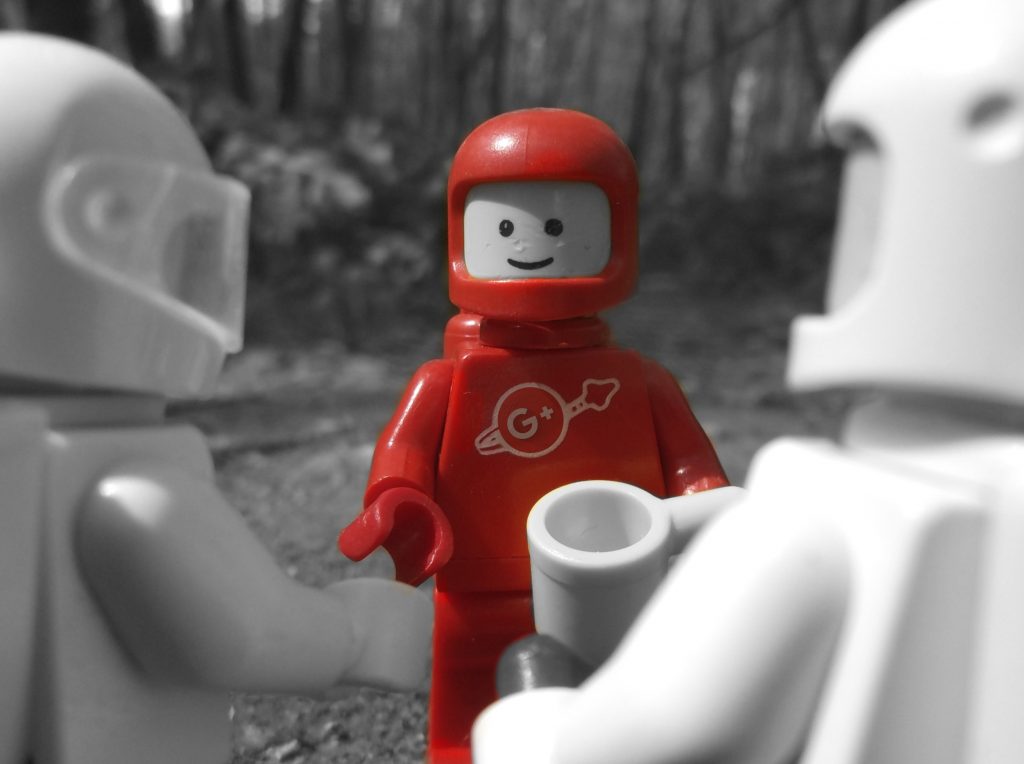 One final thing – all this doesn’t mean that Instagram is dead. The community there is still thriving, and remains much larger than that on G+, for now at least. I’m not going to stop using IG, or even slow down my output there. I am, however, going to be using G+ very regularly from now on. I now have a back-up platform if Instagram finally sinks, and I’d say it’s significantly better than Instagram.

About the Author: Joseph

Amateur photographer of Lego, 6 inch sci-fi figures and whatever else takes my fancy.