When Shelly asked me to write about my first toy photo, I had no idea what I could possibly tell about it. Last year, I posted online what I consider to be my first photo as a toy photographer. It was just a photo of a big pile of minifigs. I wanted to see how they look in front of my camera and it was never meant to be shared with anybody. 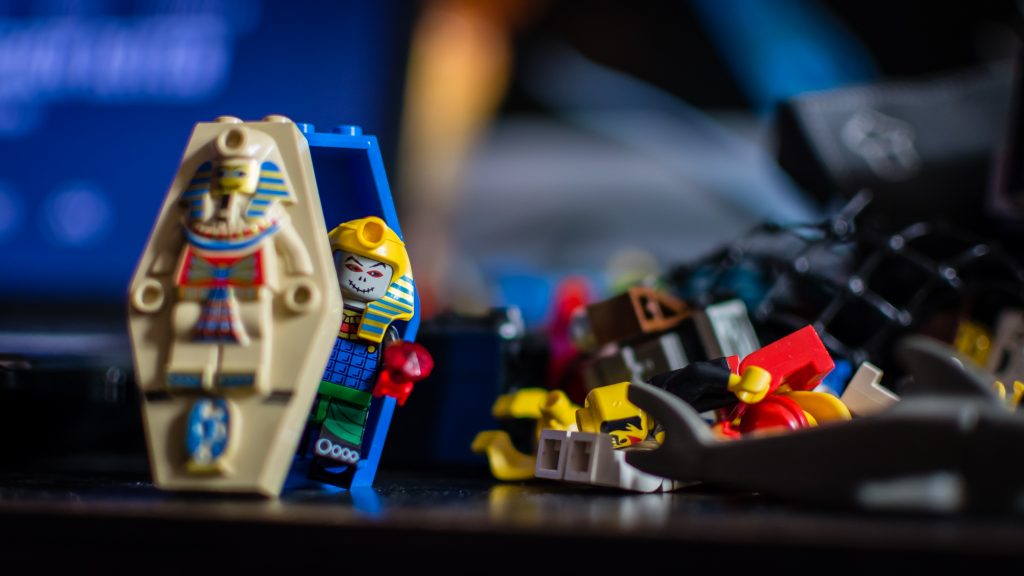 My first photo of minifigures, taken while sorting my old LEGO collection in June 2014. In the big pile of plastic, there are among others: a mini fig with the face of a witch (and teeth marks), a pirate with a life jacket, a shark, a tent fabric, a net and an Endor speeder bike.

The only story behind that photo is about how I got into toy photography. I decided to start learning about photography when I was in need of a new hobby and got my first DSLR in early 2014. At that time I didn’t know what kind of photographer I wanted to be or what kind of photos I wanted to take. But at some point I stumbled onto dozens of inspiring LEGO photographers. It was impossible to resist going into the attic and looking for my old LEGO collection. Photography was the perfect excuse to play again with toys, something I’ve secretly wished to do since I started to get “too old”. 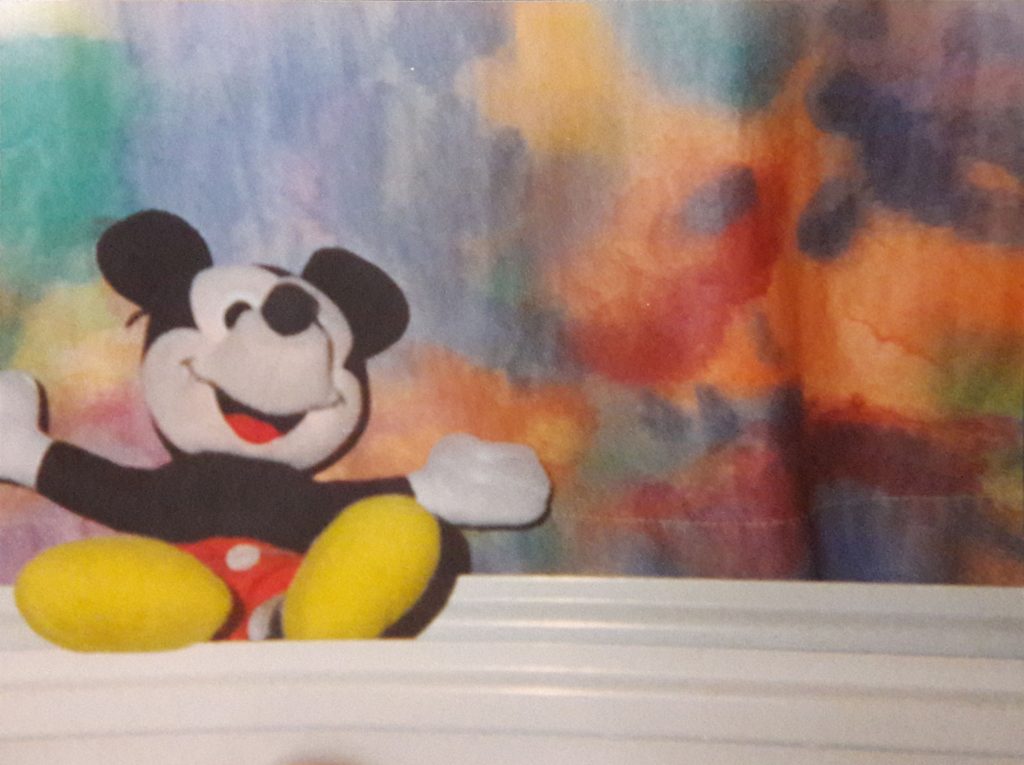 Digging back in some family photo archives I found what might be my actual first photo of a toy. I took it in the 90s with a film camera, when I wasn’t yet “too old” to play with toys.

Within two months I tried taking photos with the specific idea of sharing them online. Among those early photo still dear to me is my first photo series. It mixes some of my first acquired modern minifigures with my favorite “classic” ones. I knew the technical quality wasn’t great and that I had to practice in order to progress. But there was also more… 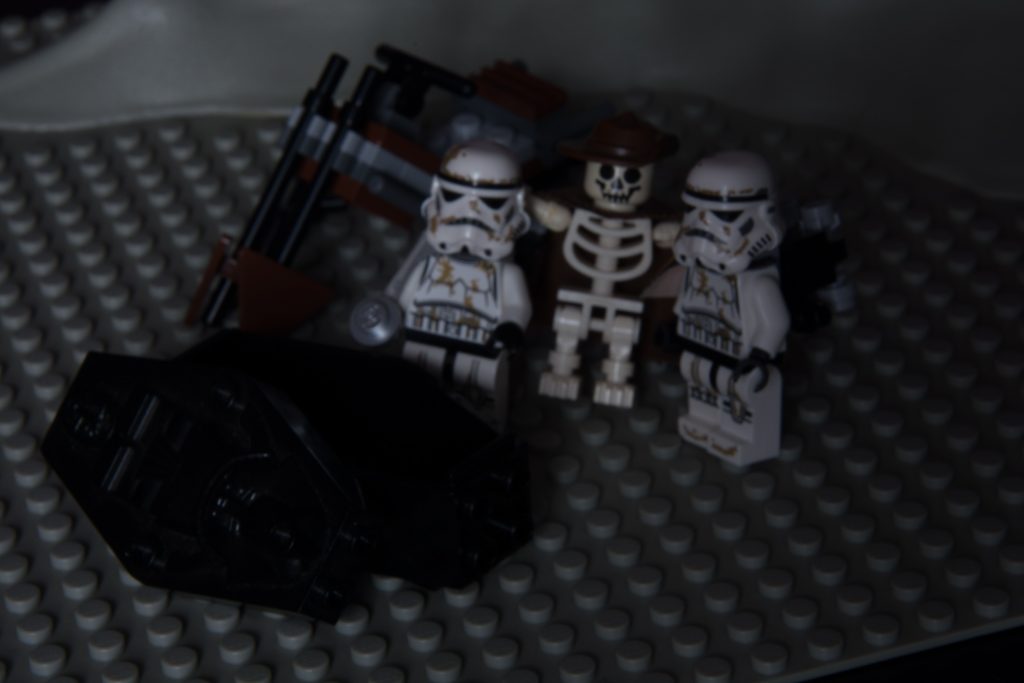 While looking back in my archives, I found early photos taken for my first photo series. They are out of focus, underexposed and the light is terrible. But these sketches never meant to be shared online.

At that time, I was looking to develop my own style of photography. I wanted my photos to be recognizable without people having to look at the name next to it. The people that inspired me most all have their own distinct style and I wanted to be like them. After all it’s natural to want to be like your heroes isn’t it?

But did I achieve that goal? Or will I ever achieve it? I don’t know and I’ve stopped caring. I’ve discovered that this not the goal I should be aiming for. The real goal is to be aware of my vision and know how I want to express it through my photography.

Part of this evolution can be credited to discovering Stuck in Plastic at a time when my toy photography wasn’t making much progress. I’m grateful for this discovery for several reasons. One of them is that it allowed me to read Shelly’s blog posts and it made me think in a different way about photography. I couldn’t thank her and Kristina enough for their challenges from the Photographer’s Playbook. I forced myself to participate, no matter how hard it could be and how long it would take. Taking on these challenges made me think deeply about what I was doing and why. 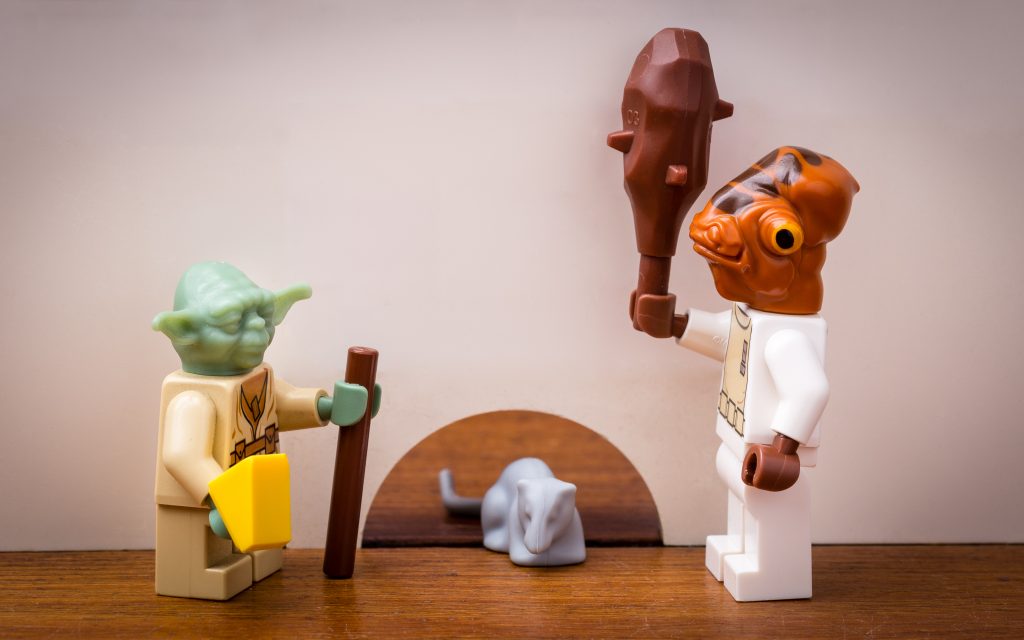 The first photo featuring both Master Yoda and Admiral Ackbar, taken for the sum of the parts challenge. I knew this would be the beginning of something, but I would have never guessed they would be featured in almost 80 photos already posted online (and more to come).

And then I found the missing piece. I watched an interview on Youtube by Canadian photographer David DuChemin about the importance of vision. Although reading regular blog posts from different toy photographers should have rung that bell earlier (like when Shelly and Kristina were talking about red thread). By watching this specific interview, I realized what really matters:  to produce better pictures I needed to be aware of my artistic vision. 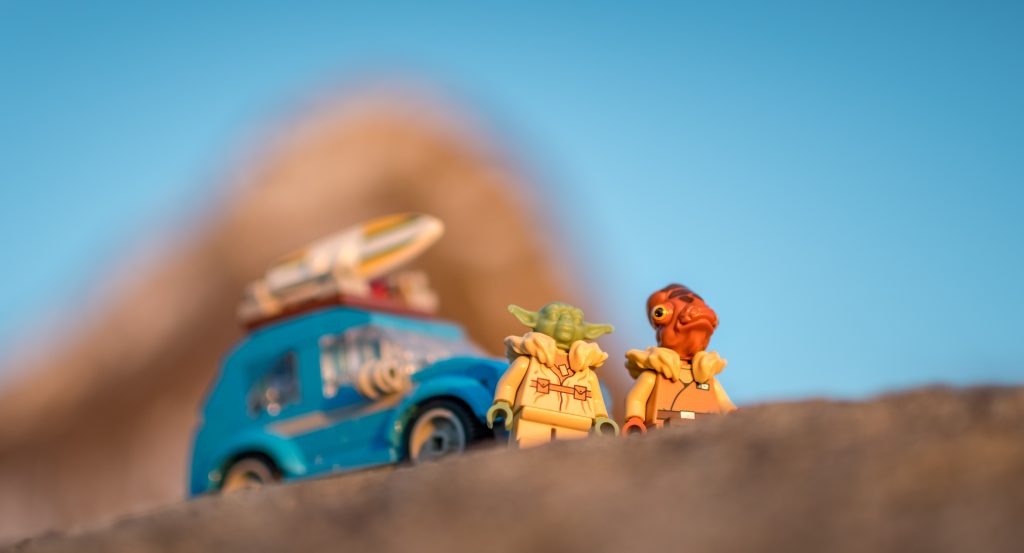 I still have difficulties putting words on my vision. But I know it has something to do with Adventure and Travel.

Looking back at those early photos, it seems like I have traveled a long way. Now the photos I take and share are there to express something inside me. I still take occasional photos just “for the fun”. In the end they’re not the important ones to me, no matter how much others like them. 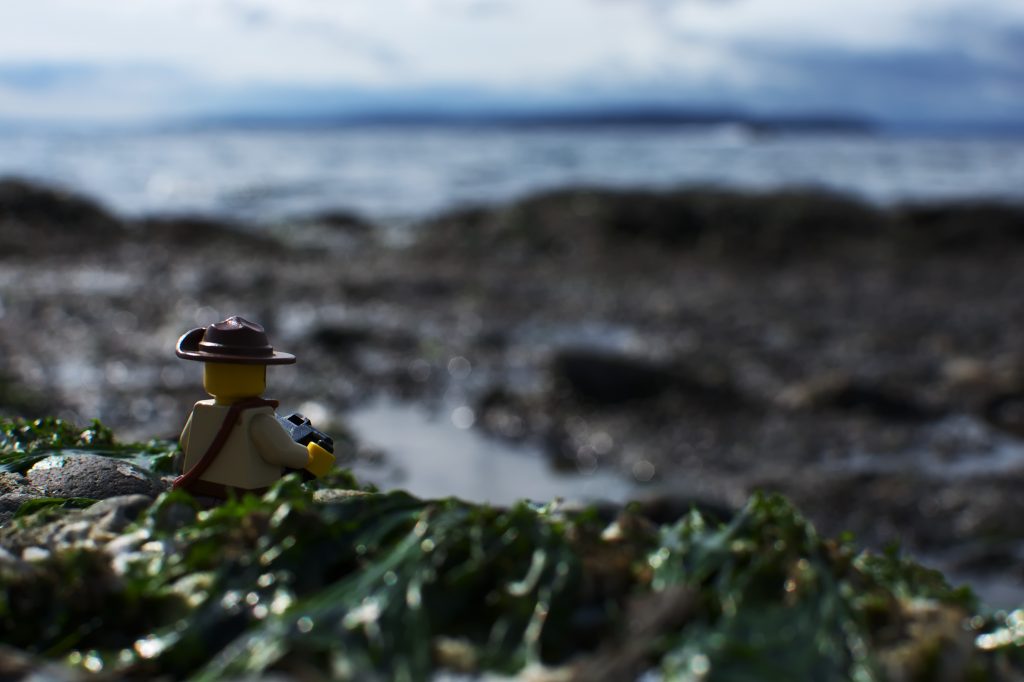 My first big trip with toys in September/October 2014, in Seattle…

I wonder if my vision was already a noticeable part of my early photos? I think this might be the case with the first photos I took of toys while traveling abroad. Going back to those “oldies” made me realize that maybe I’m a travel toy photographer. No matter if my photos are taken while traveling or not. 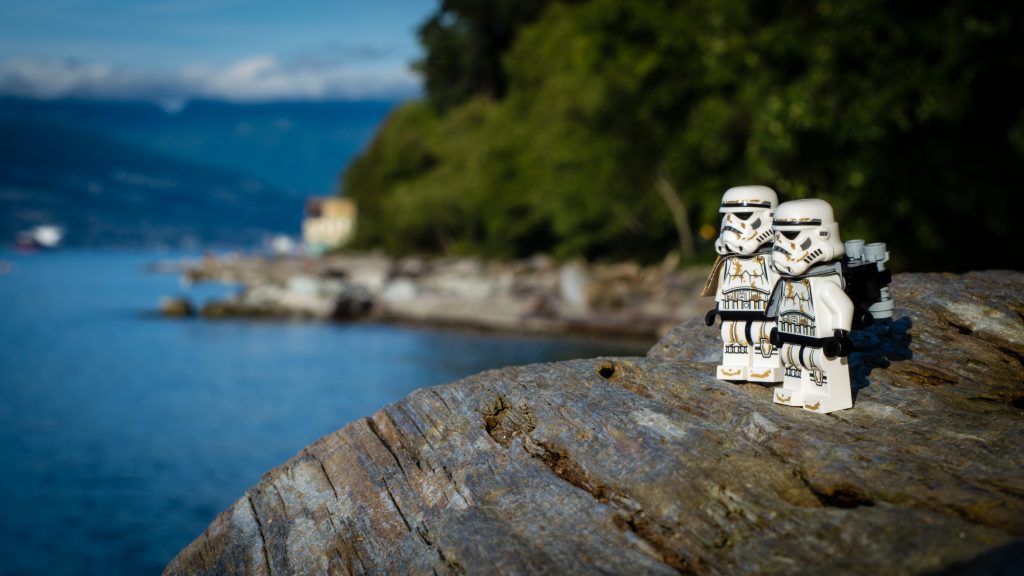 … And Vancouver. Although this photo is still among my favorites from that early era, Stormtroopers are characters that disappeared from both my public feed and my travel bag. Mostly because they don’t match my vision and the type of characters I want to focus on.

I’m now getting ready for what’s going to my biggest trip in over a year… San Francisco here I come (too)!

Are you aware of your own artistic vision? Does it help you when you’re taking photos?