“All work and no play makes Jack a dull boy.” This is a familiar phrase that many of us have no doubt heard before. The insinuation is that life is made up of things that are either obligations (the work) or recreation (the play). But what if I told you that it’s possible to have the best of both worlds? Don’t believe me? Well, hold onto your hats, folks, because I’m about to explain why it’s absolutely true.

While I’ve only been doing toy photography for about five years, I’ve been a kid at heart my entire life. I was alone a lot as a kid, but I’ve always had a vivid imagination and I can’t tell you how many countless hours were spent jumping the General Lee over Roscoe P. Coltrane’s police cruiser, or facing down the Joker, the Riddler and other rogues in order to save Gotham City from their vile schemes, or sometimes just painstakingly posing my Star Wars guys on play sets in order to create that oh-so-perfect sense of verisimilitude (in my eyes at least).

On top of all that, I was forever making up elaborate storylines, drawing out schematics and crafting any vehicles or other items I might need for my adventures out of household items like cardboard, tinfoil and whatever else my poor, suffering mother would allow me to scavenge. They were good days. But more importantly, they were invaluable days, because they allowed me to sharpen my creative mind in so many different ways that would eventually become one of the cornerstones of my career.

The joy to create never left

As I got older I kept waiting for the desire to put away those childish things, but it never really came. Sure, my interests changed, and my hours spent playing on the living room floor gave way to hanging out with friends at the mall, but as I grew older and more sophisticated (or so I thought at least), so did my artistic ambitions. Crayons and markers had to compete with air brushes and acrylics, and pencil and paper had to allow room for what would become one of my greatest pleasures—the camera.

Eventually, and perhaps inevitably, all of these passions—from Star Wars and Batman to creating little worlds, to capturing these worlds as creatively as possible through photographs—just sort of merged together. Eventually, I became a high school teacher.

My subjects are Film Studies, Media Studies, Art, and Photography. Probably not much of a surprise, given what I’ve told you about myself so far. And it’s in my teaching that I can take my obligations and recreations and consolidate them into one cohesive whole. It’s where I find joy in the marriage of my work and my desire to play. But wait… it gets better!

This semester I brought my love of photography and toys to my classroom, introducing a new unit called… you guessed it… Toy Photography! And the kids gobbled it up like your dad after swiping all of the Reese’s Peanut Butter Cups from your sack of candy on Halloween night. It can be a challenge getting teenagers to engage in areas that are not so much academic but more creative and outside-the-box in nature. And even in units such as Still Life and Portraits, they have a hard time breaking free of the stilted rigidity of what they think these styles of photography are supposed to be. But once the toys came out, suddenly it was like the dam had burst and creativity and excitement began to flood the entire classroom.

To watch these kids—15-, 16-, 17-year-olds—embrace their inner-children (which is probably closer to the surface than most of them would be willing to admit at that age) was probably one of the most fulfilling experiences of my career. It brought back some of that excitement I felt as a kid, building worlds that had not previously existed for the very first time, juxtaposing LEGO and Hot Wheels and Malibu Barbie in the most ridiculously playful, anachronistic and unlikely scenarios that reek of wit and whimsy. It was glorious!

A lifetime of preperation

Today, many years older than I like to admit, I still experience that same sense of childlike excitement. The toys have changed—only a precious few remain from my childhood collection—but the dreamy nature of world-building hasn’t. It’s still there, sitting right on the surface, simmering and bubbling and waiting to be inspired, which it often is, sometimes when I least expect it, and spilling over into the classroom. I have the privilege to show these students that there are so many interesting, fun, and even magical worlds that can be tapped into if you just let the floodgates of your own imagination burst open.

As I said, I’ve only been doing toy photography for about five years or so. But I’ve been preparing for it for almost 50. And for all I know, one or two of these kids are going to go on to do great, creative things, maybe even build worlds beyond all imagination. What a gift to be able to share that with them. And to think that it all started with a lonely kid with a box of Star Wars guys and an unbridled sense of wonder. Who knew?

About the Author: Ken Turner 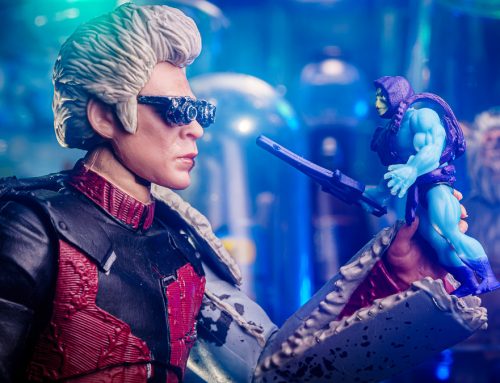 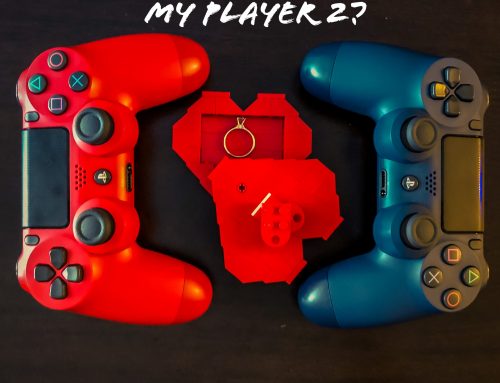 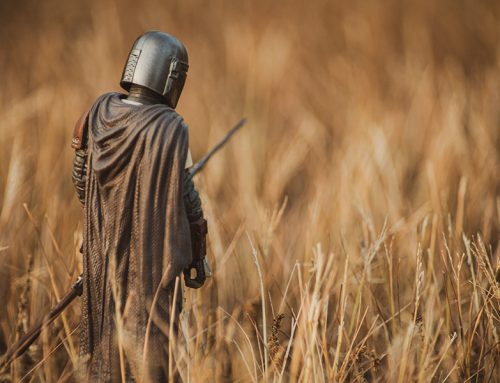 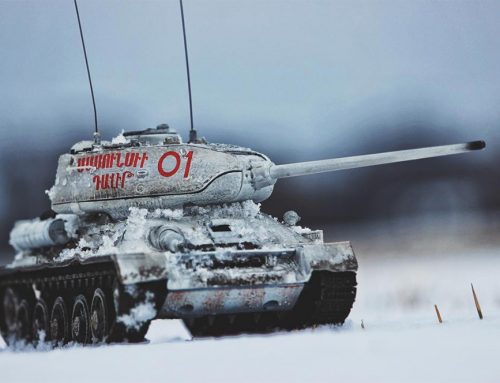