Checking in with the 52 week project

At the start of the year, I decided I needed a new project. 5 months into the year, I’m checking in with how it’s all going.

The aim was to take 52 photos of Bert, my Fabuland elephant friend, and make sure the photos told some kind of story in accompanying text. A full explanation is available in my previous blog post on the topic.

But what about the story element? Well, that bits been harder. Life’s been busy, I’ve been tired, and writing stories has taken a backseat. Some weeks have nothing. Some weeks have a short idea of a story to come back to. Some weeks have a little bit more. The story is all there in my head to an extent, it’s just laziness in not getting it written out.

So maybe the idea has changed a bit. Perhaps for now, it’s take the photos. Perhaps later, when I have some more time to concentrate on it, I’ll start fleshing out some of the stories.

What’s Bert been up to?

So, with my status update done, here’s some of my favourite photos and story snippets at this point in the project! There’s definitely a few themes going on here! 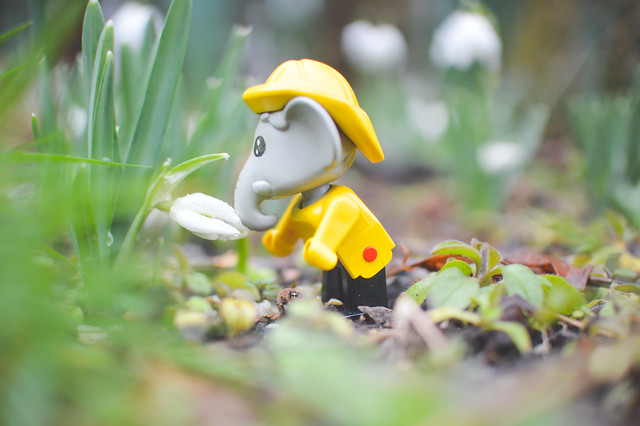 Whilst it was only February, Bert found snowdrops in his early morning garden walk today. Spring is coming. Bert is pretty relieved to see this as some sunshine would be very welcome! (Photo 6 of 52) 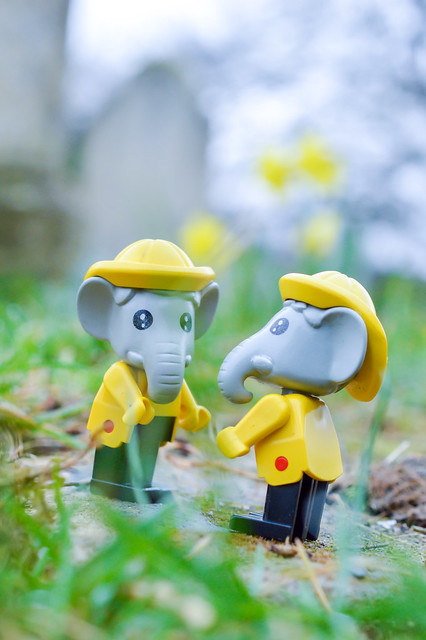 It was like looking in a mirror and Bert was very confused. Surely there couldn’t be more than one of him? I mean, this other elephant was identical, down to the sparkle in his eyes. What does this mean? Were there more of him out there? (Photo 8 of 52) 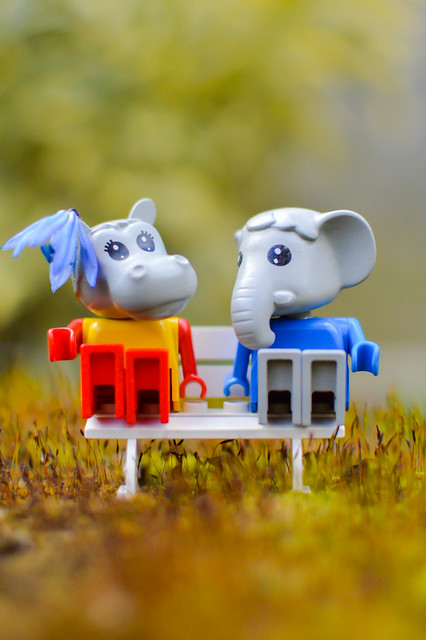 Bert went to the local park and happened upon Ollie. They hung out for a bit, enjoying the rare dry spring day! Bert still needs to find the right words to tell her he thinks she’s pretty. How does an elephant do that though?(Photo 9 of 52)) 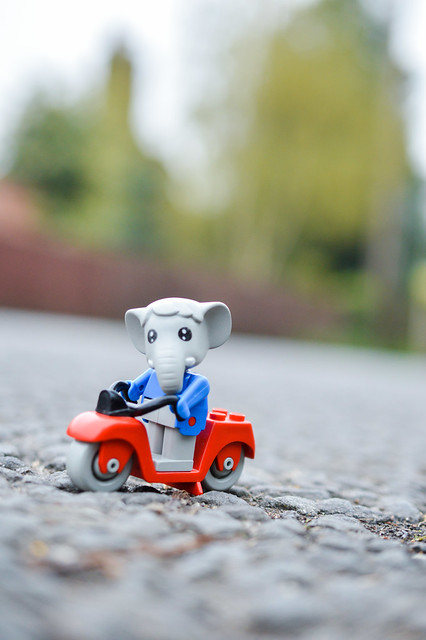 Bert loves to ride his moped around the town. Come rain or shine, he’ll be out and about. With a bright red bike, you’re sure to spot him coming, so why not give him a wave! (Photo 13 of 52)

Based on the photos I’ve taken so far, here are a few things I’ve learnt about Bert that I will try and focus on over the next few months:

How are your projects coming along this year? Are you struggling or is it all going to plan? Let me know in the comments! Maybe share a link to your projects so we can follow along? You can find out more from Bert’s adventures on either my Flickr or Instagram hashtag: #52weeksfabuland