Happy Star Wars Day, everyone! Much of the toy photography community around the world enjoys the Star Wars fandom, and today social media is alive with fans using every excuse to celebrate something they love. This year, the Toy Photographers editorial team invited the community to share their answers to the following question:

What Does Star Wars Mean To You?

“Star Wars is like my nerdy comfort blanket. It was a huge part of my formative years, and I grew up wrapped up in the novels and expanded universe. Whilst the films are hit and miss for me, the universe will always hold special memories.” – @stepping_on_bricks 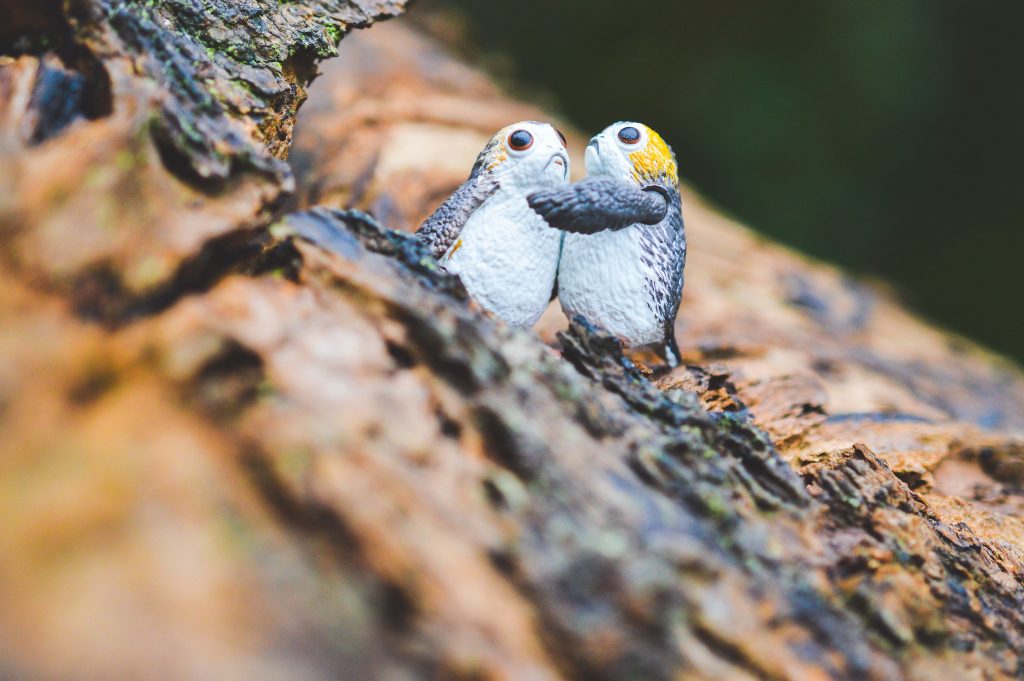 “Star Wars has always been a huge part of my life. When I was a kid, remembering the strength of those characters and all the things they faced and conquered helped me through some anxieties. It’s fun to look back and see how much of an impact it’s had on who I’ve become growing up!” – @galacticphotography66

“[Star Wars means to me] My teenage years. It led me to historical fencing because one girl from the group saw me and my friend practising outside. It led me to many new friends on the internet with who I basically grew up. And it led me to want to study in a different country, even though it’s very close. So I went there and met my husband at university 🙂 I owe Star Wars so much from my life. And it all started with my friend asking a simple question: ‘Have you seen Star Wars? It’s on the TV tonight and it’s cool’.” – @nutelasabe

“I grew up watching the original trilogy. That’s my Star Wars standard. Not many of the movies since have hit home for me. But Star Wars Rebels, the animated TV show, bowled me over and I fell in love with Star Wars all over again. And the Solo movie reminded me why Han Solo has always been my favorite character. In the end, Star Wars is in my heart in a way no one can ruin, and it will live on in my imagination for as long as I’m alive.” – @teddi_toyworld 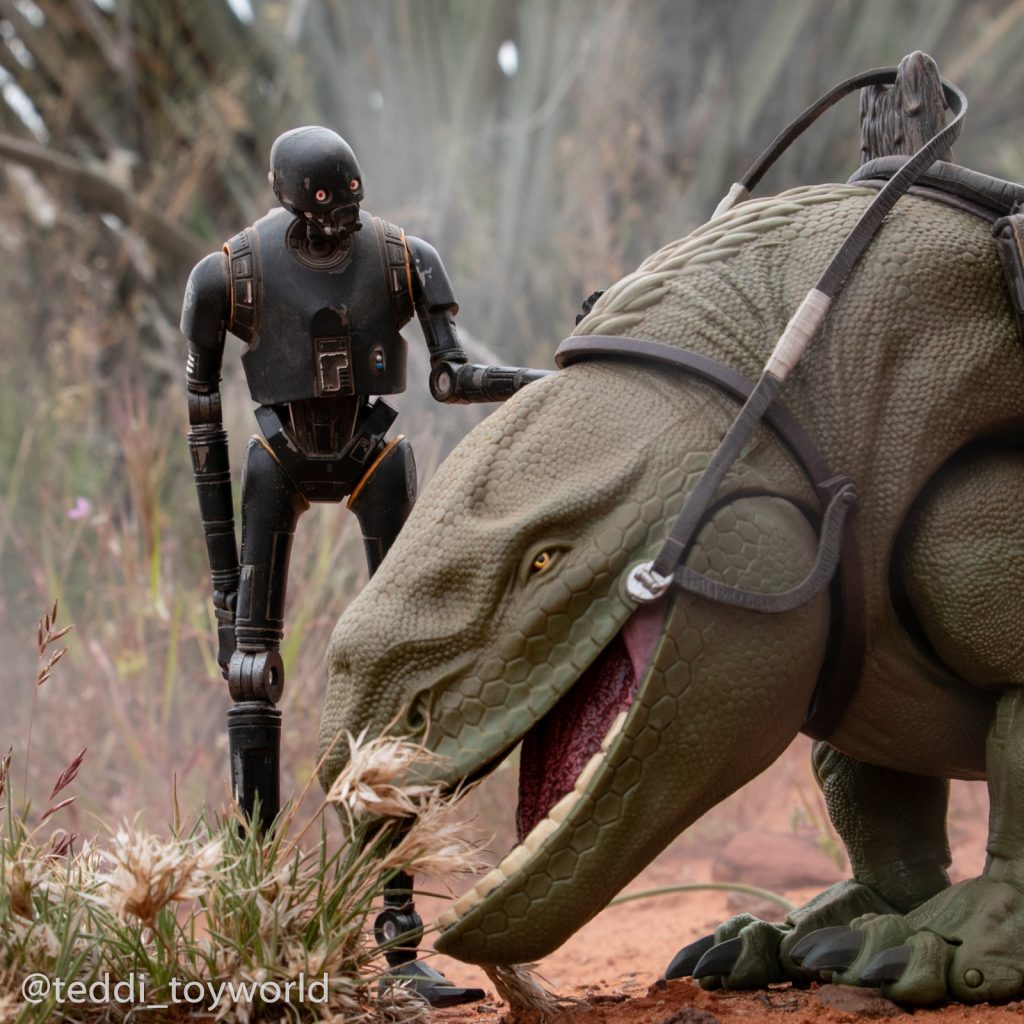 A Droid and His Ride by @teddi_toyworld

“Wow what a loaded question! When the first revised editions were released on VHS my Dad sent me a set, this annoyed my mother to no end of course, but we watched them anyways for years. It always reminded me of him, despite how desperately my mother wanted to put a wedge between us. Now that I’m an adult and can make these decisions for myself, Star Wars is a great common ground between my Dad and I. It’s always like a safe place for us to fall back on when needed.

“It’s also been a bonding mechanism for my half brother and I. He is 10 years younger than me so for a long time he was my Padawan learner, soaking up everything I did, wanting be like me, doing the usual annoying brother stuff like begging mom to buy the same shirt I had. When he was probably 6-8 I would babysit him and our sister. I would get paid and then BEG for Mom to take us to Toys’R’Us and I would spend some of that money on them. The highlight of that period for me was when I bought us matching Darth Maul lightsabers. We played with those things till they were falling apart so bad that mom threw them away.

“Now he is currently in boot camp to become a Marine, and every letter I send literally begins with ‘Hello there’ since Obi-Wan was always his favourite character. It’s a small way that we try to stay close, despite the miles between us.” – @thegreyklerik 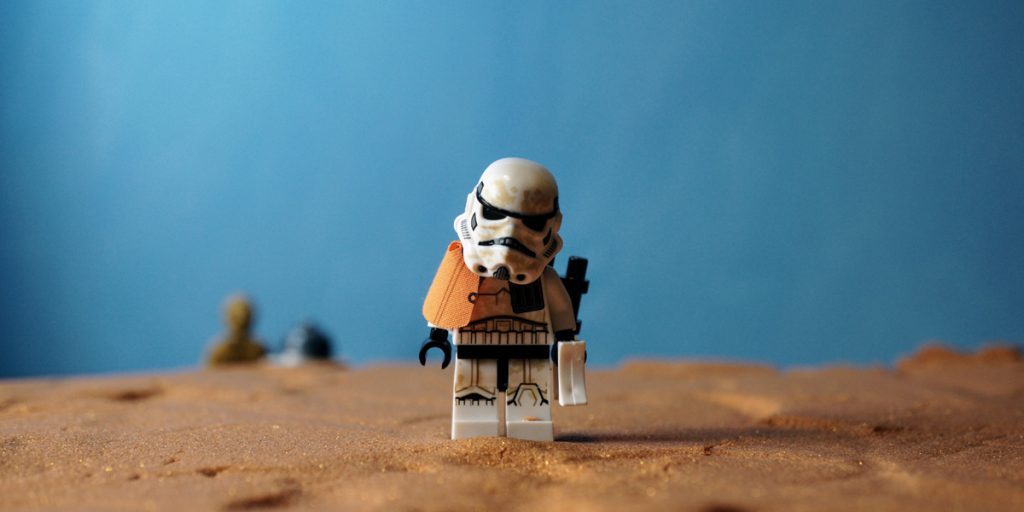 “I remember being in the back of Mum and Dad’s car at the drive-in as a 6-year-old kid, completely mesmerised by the new worlds, creatures and droids that unfurled before my eyes. I remember thinking Wookiees were real. They must’ve been! I’d never seen something so real in a movie before that wasn’t. I remember the very first Kenner figure I received. It was Artoo. So much of my childhood can be linked to Star Wars.” – @brett_wilson 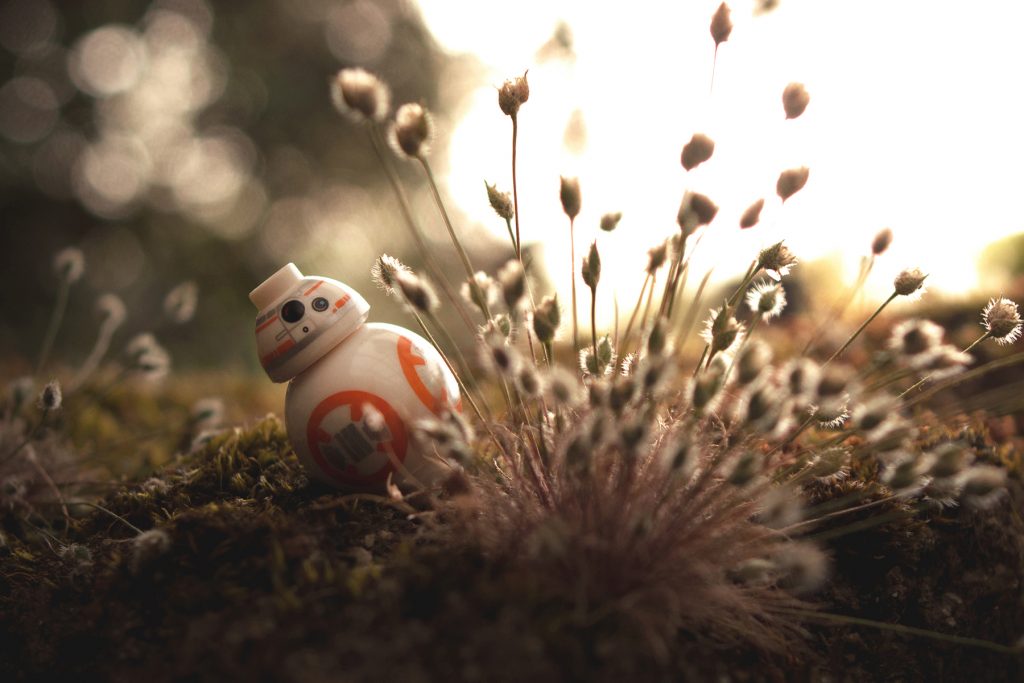 “Star wars to me means more than just films. It’s a huge childhood memory of me and my dad going to the cinema together to watch the original trilogy and every time I watch any of the films is a big nostalgia moment for me.” – @minifigs_james

“A place where my mind can run free of this mortal realm. Where I can fit in and I’m not looked at as odd.” – @kevinmboots77

“Gosh, what a question! Return of the Jedi was the first film I ever saw at the cinema and the vintage kenner Vader was the first toy I can remember owning (and still do). The franchise has helped me make some amazing friends, meet incredible people and be part of a larger community. It’s a film that trecends the medium and is ingrained in our culture that even people who have never seen a star wars film (and yes they exist!) still know the characters and quotes.

“It’s my go to whenever I need cheering up and it’s a constant source of inspiration, whether that be recreating scenes or creating my own stories. My friends and family would say I’m obsessed but I’d say my love for Star Wars is just part of what makes me, me!” – @legodimnico 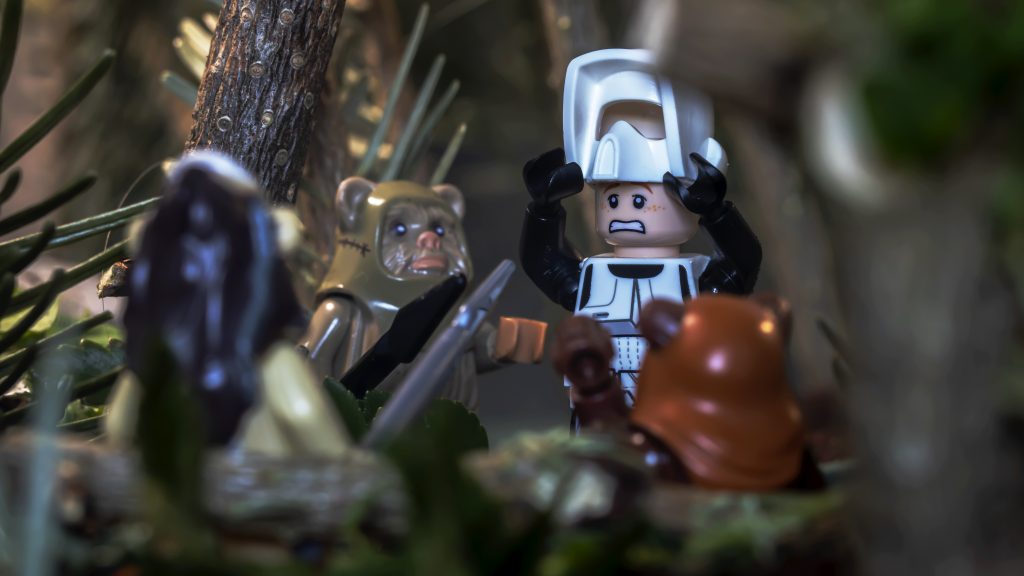 “I lived in a small isolated town when I was a kid. Star Wars was my gateway into the wider world of science fiction. As I grew up I started to appreciate how rich the Star Wars universe is, and how ripe it is with story potential. One could spend an age just exploring the possible back stories on the characters in the Mos Eisley Cantina alone. What’s not to love?” – @therealstudiodave 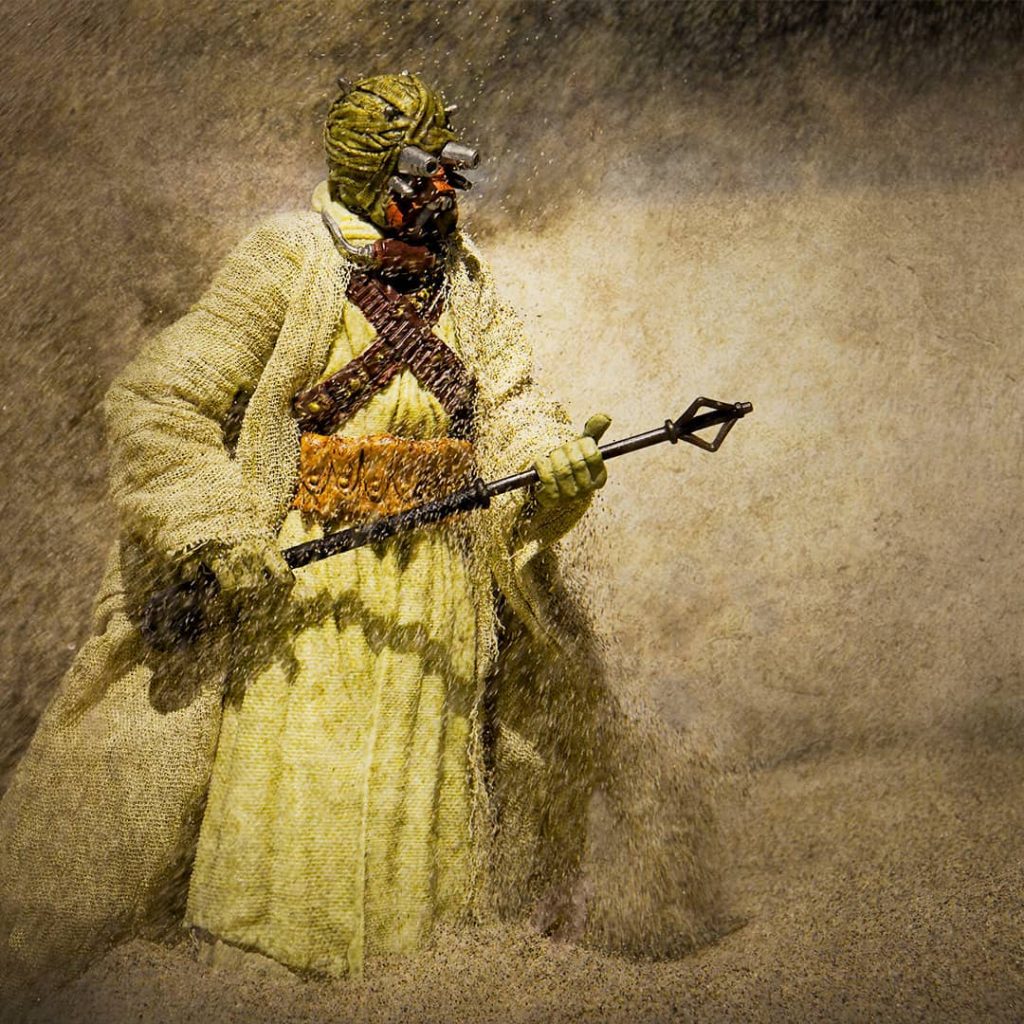 “I only got to see Star Wars when Empire Strikes back on a rented Betamax copy that I saw it from a relative’s house. It was something that shocked me as a child during Luke’s Skywalker’s journey. It had an impact to me that there is a movie like this I have not seen before. I only had Bespin Luke that a neighbor kid stole it after my mum bought it 24 hours later. It is the same feeling how Luke found out Darth Vader was his father. Shocked, Intrigued, and Hoping for More. I only got reconnected from to it when The Phantom Menace came out which was more of interested and invested to see what’s next.” – @cerbojam

“Star Wars has always held a special place in my heart. I don’t even remember the first time I saw the films, they’ve just always been a part of my DNA. Like many geeks I felt isolated as a kid, and found solace in that galaxy far far away. Adventure, friendship, good vs. evil, awesome spaceships… Star Wars has it all! I played with the toys as a kid, and find it both hilarious and fitting that I’ve continued to do so into adulthood.” ~ @thereeljames23 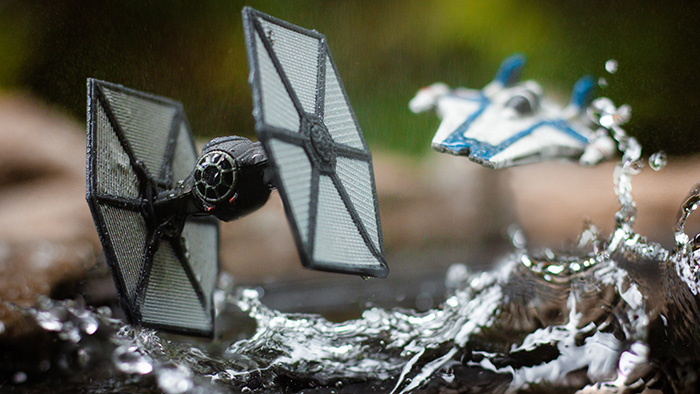 “To me, Star Wars is a fun universe full of interesting characters and species. Although the sequels have a bit of a worse storyline, the cinematics are beautiful.The originals are full of nostalgia and have a great storyline, as well as that old movie feel. The prequels are wonderful for their memes, and my personal favorites because of the clones, and the large battles. The Solo and Rogue One movies are great prequels to the originals, with cool characters and fun easter eggs. The Clone Wars and Rebels shows give me all the feels, especially the character development of Ahsoka in both series. Although I haven’t watched any Star Wars recently, I still think of it often and really enjoy remembering my favorite scenes from episodes and movies.” – @tiny_toy_galaxy

“To me, Star Wars is a world of adventure, a fantasy that I like to explore and create my own stories about through my photography.” – @actionstuff 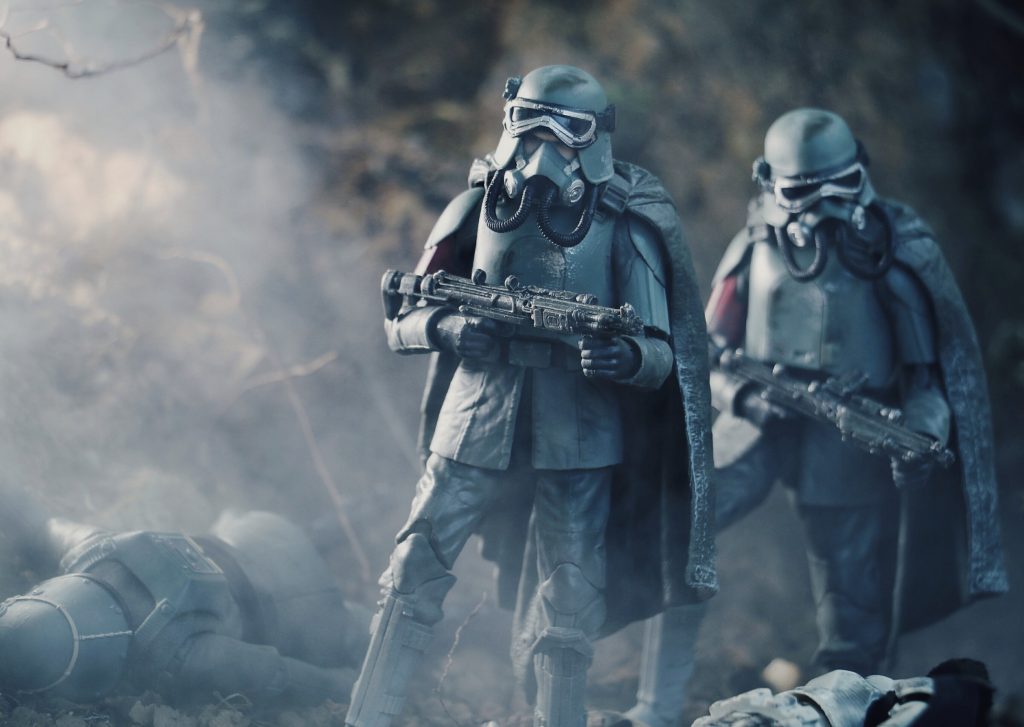 “I’m one of those old guys who can say ‘I was there’ when Star Wars made the first theater round back in 1977. Growing up before my teens I had Star Wars around me. I had posters, a scrapbook, I read the the comics and had some scale models sent to me by relatives in Sweden because they were not available in Finland at first. I was a fan, I was a member of Star Wars fan club. In the pre-internet world these things required some serious dedication.

“In my late teens, as I developed an interest in arts and design which later became my profession, Star Wars was still in the pool of influences. It became a part of the glasses thru which I look at the world. Star Wars is one of those things that shaped my young mind. There has been other influences but the ones subjected to in adolescence always have the biggest impact.

“I enjoy the deeply embedded Star Wars influence, the depth makes it easy to deal with. I don’t have to think of the rules of a made up universe when I go to Hoth with my Lego minifigures. I know how it works. Or, to be more exact, I know how it works for me. It’s like a walk in the park, I don’t stop and think of that either, I just enjoy it. This is why Star Wars is not nostalgia to me, it’s not a place I go to relive something, I don’t recreate Star Wars in my work, I create it. I simply go there and photograph what I see, like a tourist on a trip. Leisurely, just like that.

“My favourite Star Wars photograph varies, today it’s ‘Moonlight Shadow’ from February 2011. It captures the essence of my Lego Star Wars photographs quite well. A single exposure of a frozen moment in the middle of everything, a reminder of the magic of all the small things around us. One only has to stop and look.” – @avanaut 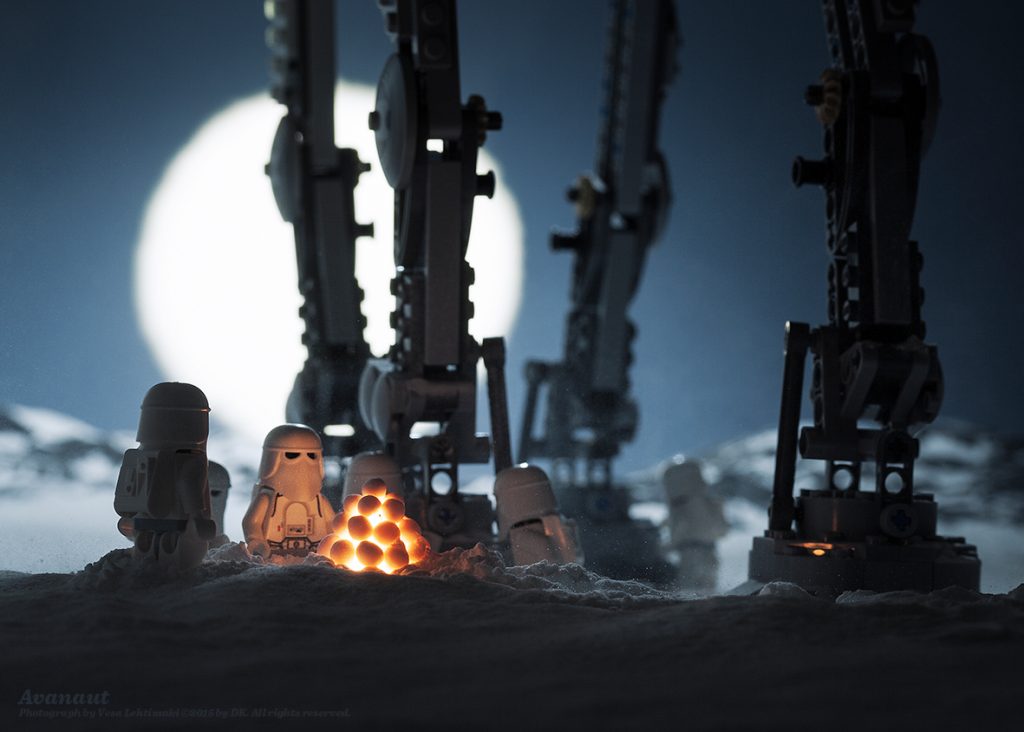 May the Fourth be with you, and be sure to check out the Star Wars Day fun at StarWars.com!

Join in the celebration by posting what Star Wars means to you in the comments below.