Turns out your mom was right, and you should watch your posture.  Well, your action figures posture.  This was underlined with an experience I had shooting a new action figure over the holiday break.  I thought I would share it with you fine folks.

This year I took the family on a cruise to the Bahamas for Christmas break.  On Christmas day I found myself sitting on a beach watching the kids making a huge sand fortress.  I was armed with a new action figure, an Old Man Logan.  The combination inspired me, so I grabbed my gear and got to work.

I set up Logan (aka X-Mens Wolverine), and a LumeCube for light. 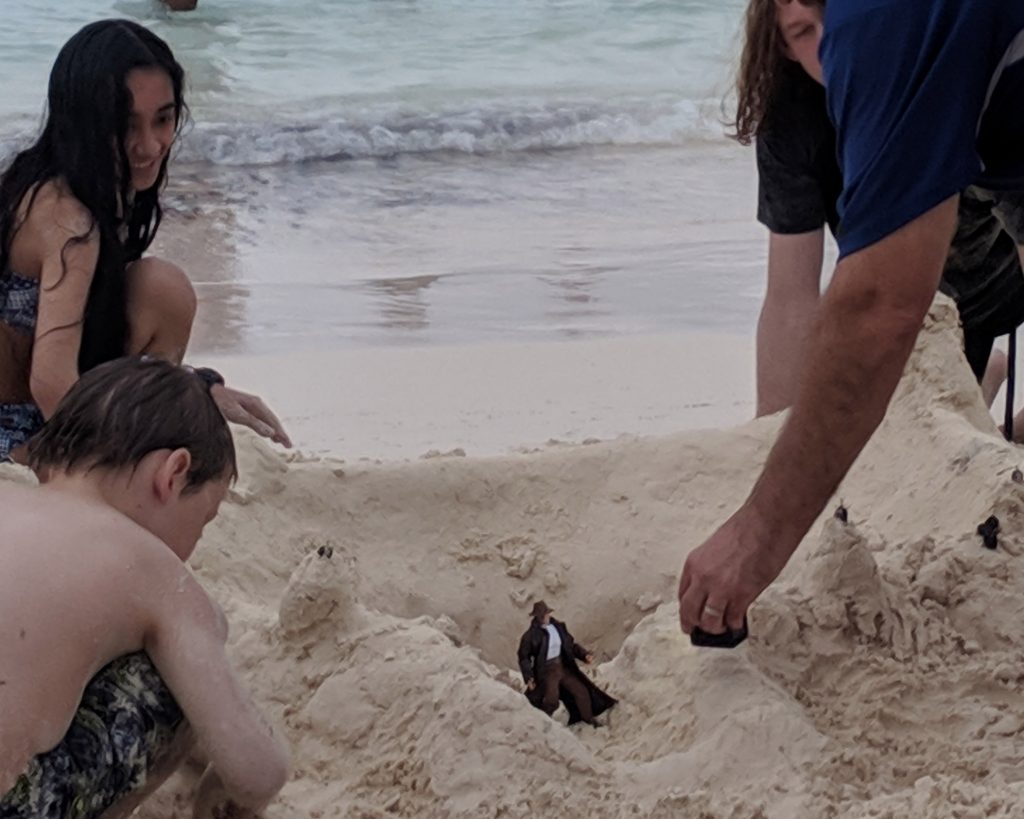 Dave setting up a scene

My first setup was simply to have Logan standing in an action pose in front of the sand fortress.  It looked like this (straight out of camera): 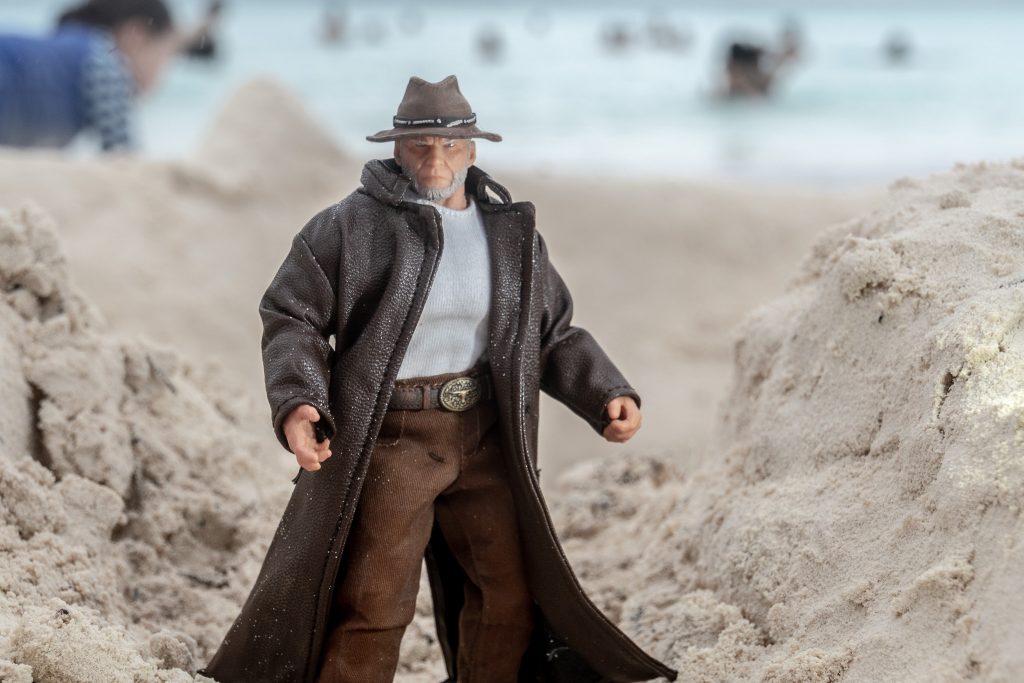 The first attempt: A standing posture

It was a decent shot, but it lacked energy.  I wanted a dramatic image, but this was more of a stoic stance. Clearly I needed to try something else.

Note that I was not worried about the kids playing in the background as I always envisioned removing them in post-production.

I switched things up, gave Logan his Wolverine claws, and came up with a more action-y pose. The second attempt looked like this (straight out of camera): 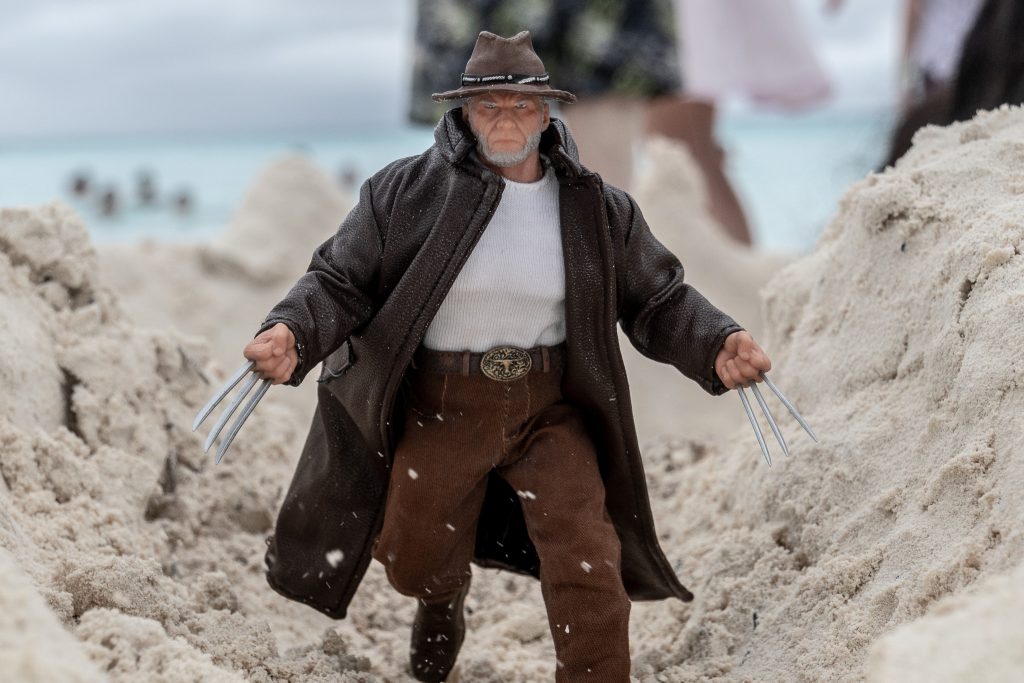 The second attempt: a reluctant posture

This shot is closer to my vision.  It has a lot more energy, and the extended claws gives it a menacing sense.   At the time this pose was satisfactory, so I took a bunch of shots with some thrown sand to try and get some more energy into the scene.

Along the way I needed to move the figure to clean off some sand.  When I placed the figure back I accidentally put him down in a slightly different pose.

This is the third attempt (straight out of camera): 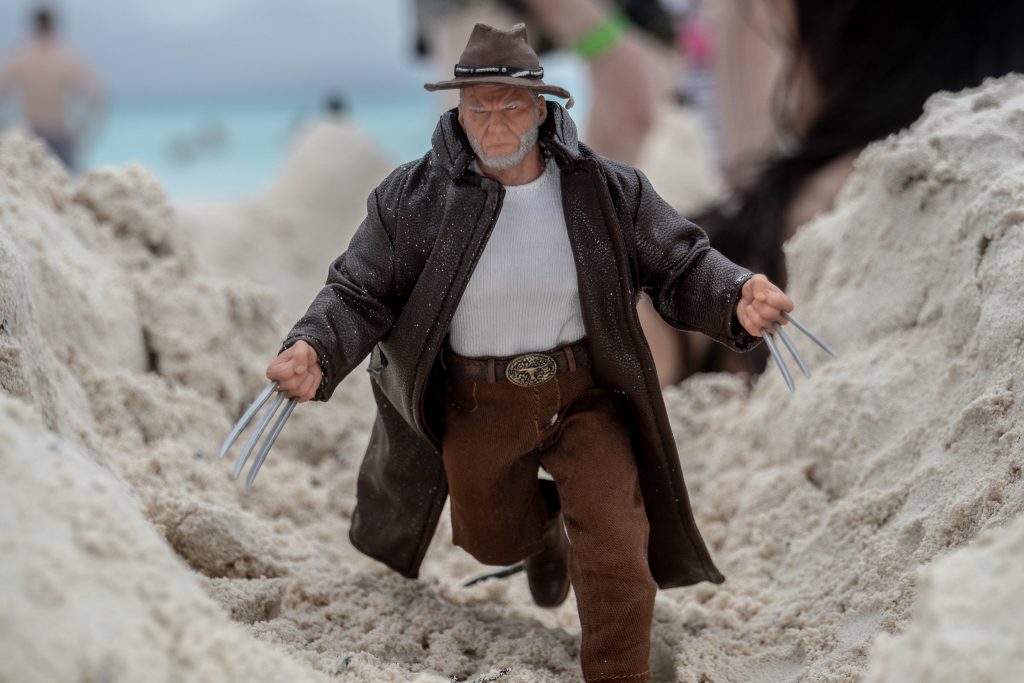 The third attempt: an energetic posture.

When I put the figure down I unconsciously placed it in a more energetic post.  The first running pose Logan was more upright, giving him more of a hesitant, reluctant feel. Almost like he is slowing down. In contrast, with the second running pose he is leaning into the run, giving him a charging feel.

It is a subtle difference, but an important one.  To make action figures believable in photos, matching their pose with the intent of the shot is vitally important.

Pose and posture are important.  It doesn’t take any longer to get an action figure into any pose, but getting the correct pose can make a big difference between a mediocre image and a more impactful one.

I could have further improved the pose, by straightening Logans hat, and having him face the camera directly, but I was on a vacation cruise, and there was Rum Punch to consume.  So I decided to be happy with what I had, and processed this last image: 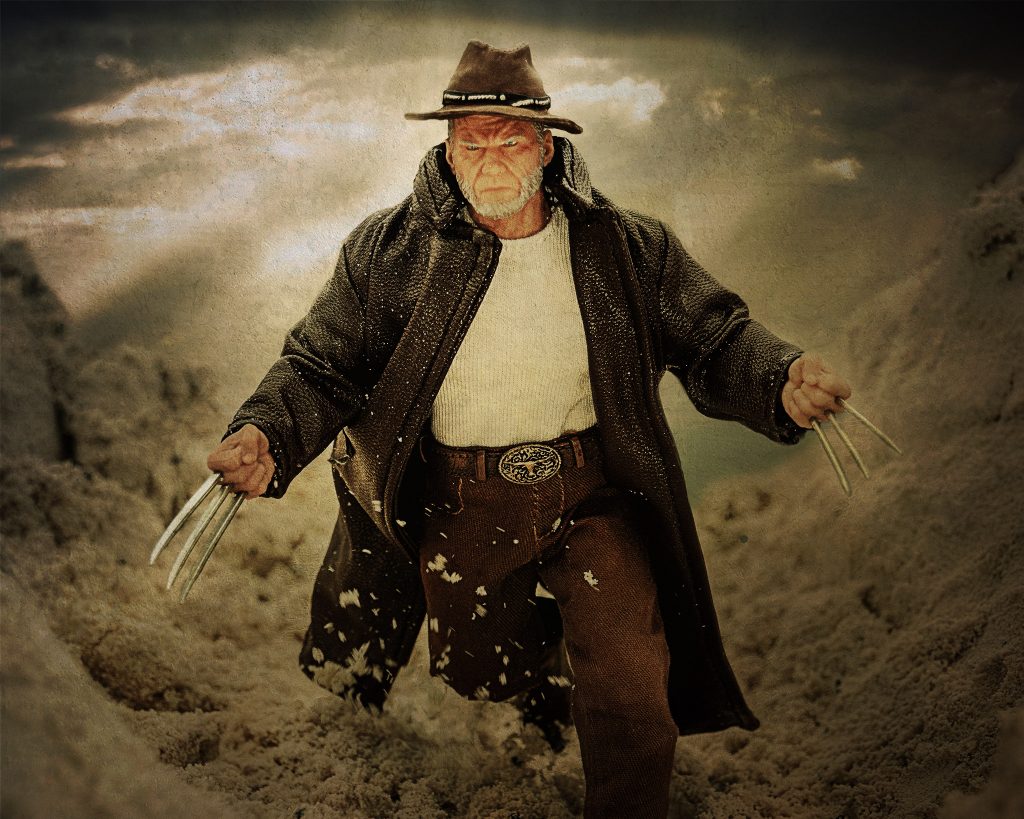