How to Create a Character

You’ve heard us talk time and time again here on the Toy Photographers blog about the importance of story telling. We enjoy featuring artists like Austin and Joseph who always seem to have a fully developed story behind their photos. Yet I rarely practice what I preach, much less read. So with the #BirdBattle2018 in full swing I thought I might take a more deliberate approach with my half of the battle.

The other half of this battle, BrickSailboat, has always been great at developing characters in his instagram feed. in fact it is his extended story involving pirates, ninjas and the inhabitants of a sailboat that got me hooked on his feed in the first place. It seems like all his character have interesting backstories. I might not fully understand what they are, but I can feel the depth of his characterization. As I was creating a new set of Chima figures mashed up with Ninjago (#Chimjago) I was wondering what would happen if I created detailed backstories for my figures. Would my imagery be better? Could I create interesting stories and captions like Austin and Law? Could I move away from my reliance on clever literary quotes?

There is only one way to find out!

How to Create a Character

Lucky for me there is plenty on line about how to create interesting literary characters. Much of the advice has to do with physical attributes like hair and eye color, clothing choices and distinguishing marks. I will skip this area because one of the great joys of LEGO is you can mix and match until you find an interesting combination that feels right. In my research I was more interested in what I needed to do to create an interesting backstory. What did I need to do to flesh out my characters from small bits of plastic to full fledged characters we can all root for?

Here are a few of the questions that I can use to create compelling characters:

If I want to dig a little deeper and add complexity to my characters I should consider answering these questions about them:

Now that I have the outlines of what it takes to create interesting characters lets see how I apply these ‘rules’ to my own characters. Lets see what happens when you know who these characters are… 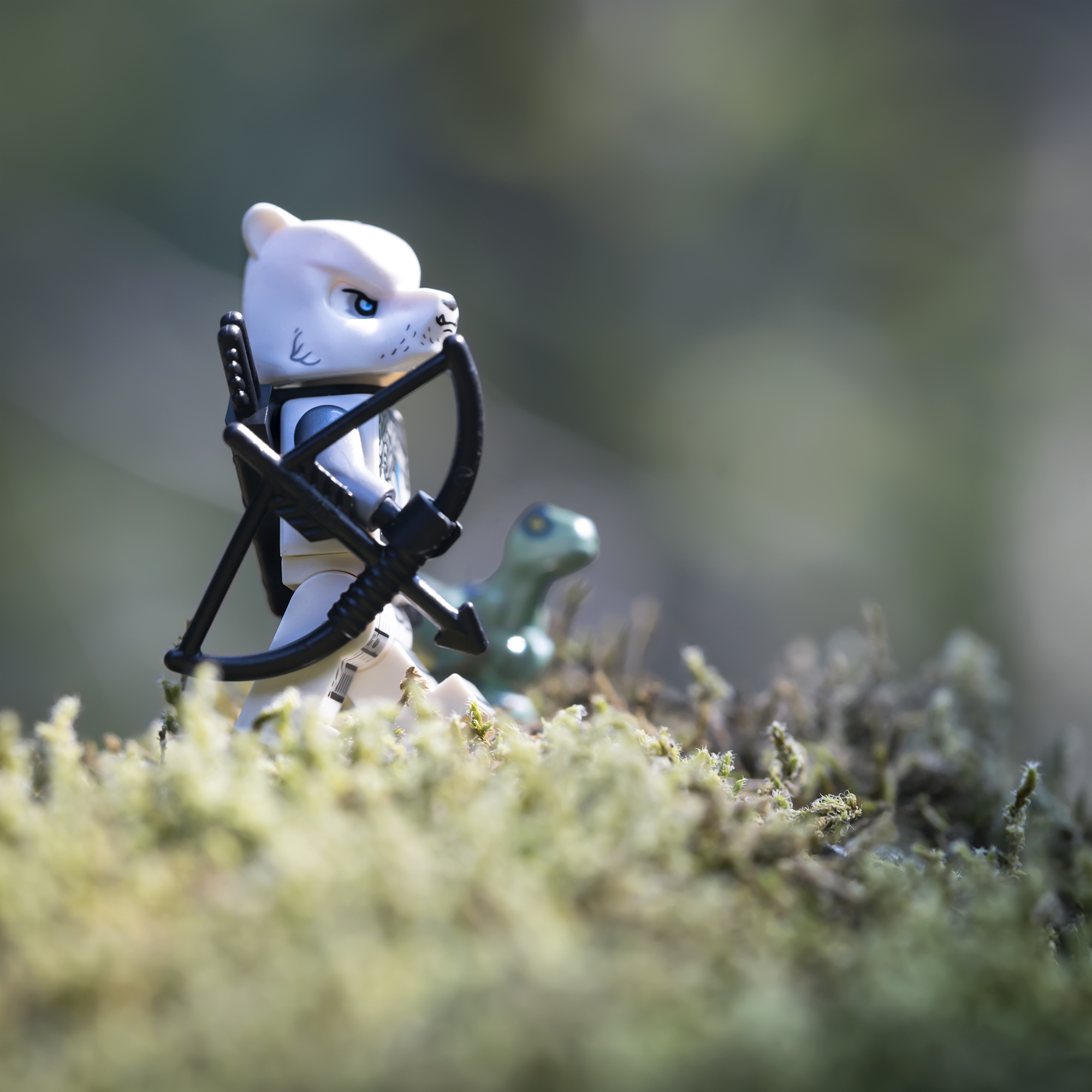 Yukio is the mischievous young scout for the Chima Clan. He was adopted by the Clan six years ago when they discovered him swaddled in a basket near a trail on one of their periodic treks to the North country. Everyone loves Yukio! He’s always quick to offer a smile or tell you a bad joke. While he frequently wonders what his life would have been like if he had been found by members of his own tribe, he’s grateful for the love and friendship he’s found with his adoptive family.

Yukio’s days are kept busy scouting the perimeter of the Chima lands with his constant companion Rex. They’re forever on the look out for intruders, especially the legendary Aztec Birds. Rumors have been swirling that the Aztecs are on the march and heading towards Chima country. Yukio has been practicing with his bow everyday and he’s ready if those evil birds show up. Even though Yukio still yearns for his native snowy lands, he’s intensely loyal and would do anything to protect his adopted clan…including die in battle. 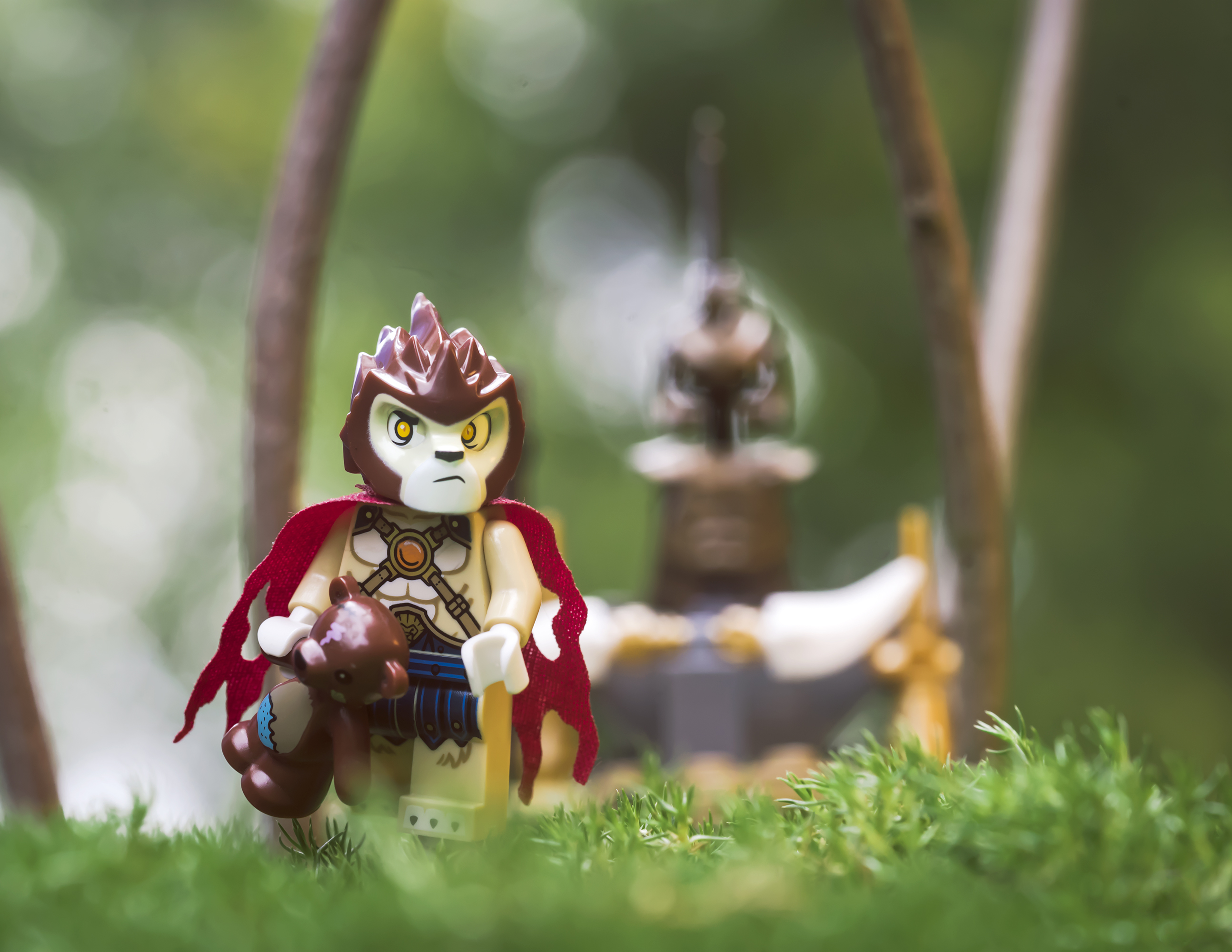 Einar is the legendary Swordmaster for the Chima Clan who has lead them to many successful victories. His prowess in battle is as legendary as the armor that he liberated from one of his many combat opponents. Einar’s quick movements and strength bely his advanced age. While Einar never married or fathered a family; he sees the entire Clan as his extended family. One he is prepared to defend with his life.

His most prized possession is his ancient teddy bear. The bear was a gift from his big brother when he was a young child. At those times when life feels overwhelming, Einar will take a walk with his beloved bear and reflect on whats truly important in his life.

Einar has an extensive weapons collection. His weapon of choice is a modified Kama but he also enjoys using his trusty, and versatile Sai. When Einar isn’t leading classes in classic marshal arts training, he can be found taking long walks with his pack of dogs or at the local pub having a drink with friends. If you buy Einar a pint, he will tell you a tale of one of his legendary fights. I will leave it up to you as to whether you believe him or not. 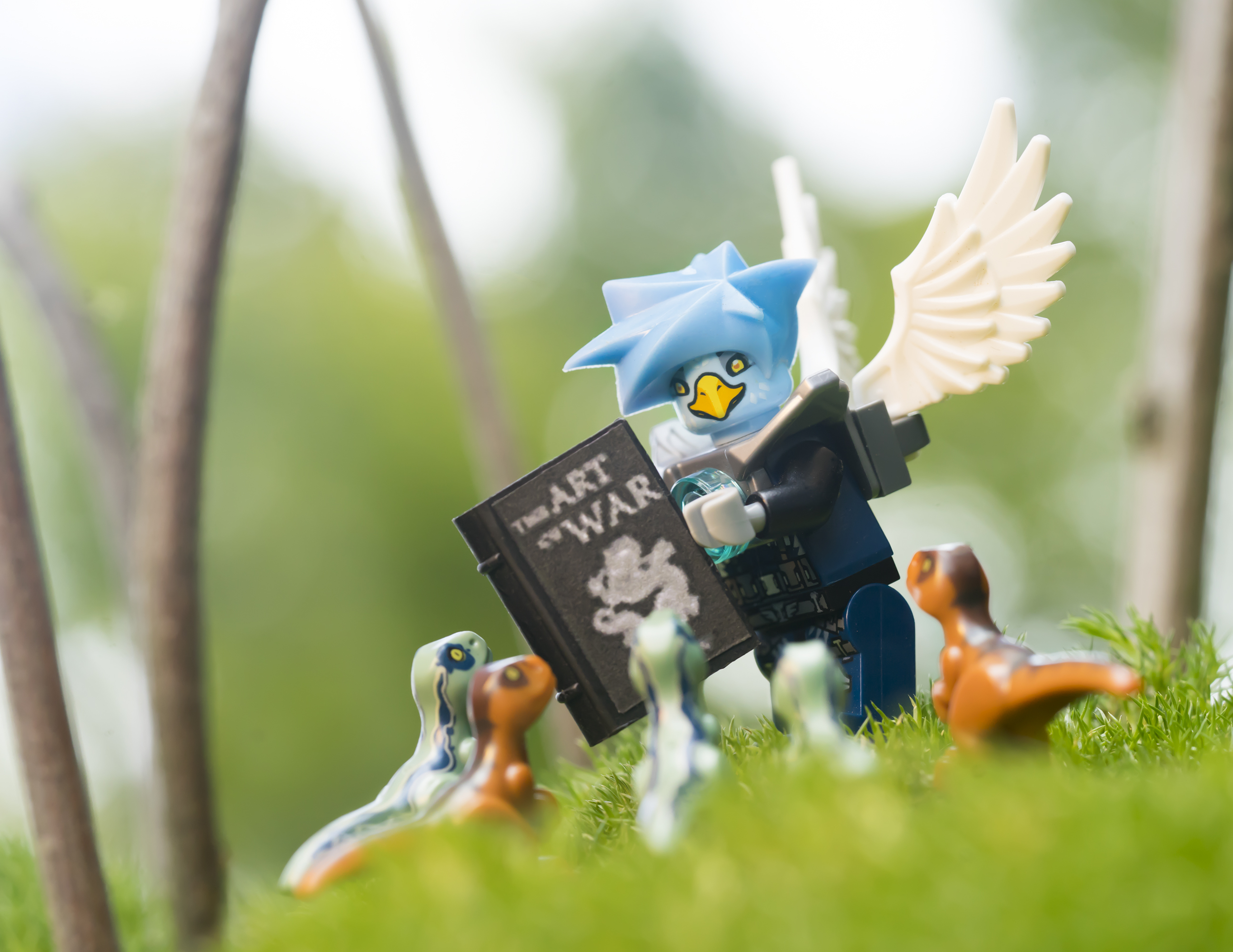 Jina runs the school for the Chima Clan. She’s a well respected teacher with an inquisitive mind and strong leadership skills. She’s a firm believer that knowledge is as essential for every warrior as the battle lessons they learn from Einar. While Jina is a pacifist she knows that you can’t reason your way out of every disagreement. She believes that diplomacy should always be the first line of defense, and when that doesn’t work knowledge of the enemy is key to victory. She works hand in hand with Yukio and Einar to defend the Clan from outside forces determined to destroy their peaceful way of life.

Jina’s favorite book is The Art of War. This ancient Chinese text, attributed to the brilliant military strategy Sun Tzu, is often used in her lessons for both the tribes Raptor allies as well as young Chima students. While her love of the Art of War might seem a paradox for the peace loving Jina, it aligns with her strong loyalties to her tribe as well as her own sense of honor. Jina loves to relax by boating on the nearby river with her dog Gus.

Can you see how filling out the backstory for your character can bring them to life? Not only for you, but for your audience? Some of these Chima character you’ve probably seen on my G+ or Instagram feeds; or maybe a past blog post. But did you connect with the characters? Or simply admire the pretty pictures? I know in my own mind I had some idea who these character might be. But honestly it wasn’t until I took the time to fill in the backstory, did I begin to truly connect with them. Now as I move into the epic battle of 2018, I have a better understanding of how these character might act.

Have you ever taken the time to create a specific backstory for your own unique characters? If so, did it change your relationship with the character? Or simply bring the character into focus? If you haven’t done this exercise, and creating unique character is something your interested in, I challenge you to do this now.

Maybe you can use some of the ideas I’ve written down and flesh out a back story for your character. If you do, please post the image to either G+ or Instagram and tag me in the comments. Or feel free to leave a link in the comments below. I want to know how you feel about this process and if you think it is a worthwhile exercise. I know I thoroughly enjoyed creating these three character and now I need to work on the other six character destined for Bird Battle 2018.

Thank you for reading and I look forward to seeing (and reading) about your own characters!

PS – Now that you know who’s on team Chima, I hope you will root for us when the BirdBattle gets heated! 🙂

Want to be a part of our Toy Photographers community? Then please use our tag: #Toy_Photographers. Want to interact with like minded folks in a more intimate way? Then please join our G+ Community? Do you sometimes lose track of the blog because life gets in the way? Then join our mailing list to receive our weekly round-up plus other news we want to share!