The accessories of Harry Potter

Anyone who has any involvement with the toy community probably won’t have missed the fact that the LEGO Harry Potter and Fantastic Beasts collectible minifigure series just came out.

They are everywhere, and all the community seems to be enjoying the fabulous range of figures, with their awesome printing, new style legs and is just embracing the general excitement about the range. There are blogs galore about the figures, including some by our friends over at Stuck in Plastic where there is a great roundup of all the characters, and the usual feel guide by Brothers Brick.

I’ve managed to get hold of all the figures myself now. It took a few days of carefully feeling them out one at a time, in both a creepily quiet WHSmiths, and the heaving LEGO Leicester Square on launch day (not a recommended approach!).

With all the figures in hand, I wanted to do something a little different to the normal minifigure review. I don’t want to look at the characters themselves, but rather, I want to take a look at the series through the accessories, as even if you are NOT a Harry Potter fan, you should be able to appreciate some of these.

It’s also a nod to my favourite hashtag #nofigurefriday, and I’m hoping the photos that follow will inspire some more photos under that theme. I do love a good toy photo without the toy, and these Harry Potter accessories really give a great opportunity for play.

So, without further ado, here is a look at the accessories of Harry Potter! 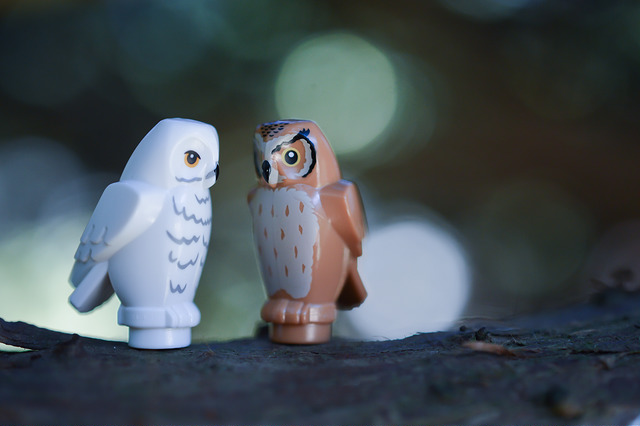 With all the Harry/ Cho drama, there’s little surprise their owls got together to try and work out what an earth was going on!

The series contains two owls. The Snowy Owl, Hedwig, is Harry’s, whilst the unnamed brown owl comes with Cho. Both have some wonderful details, although as I’m not particularly informed about my owls, I couldn’t tell you if they are accurate to the species! 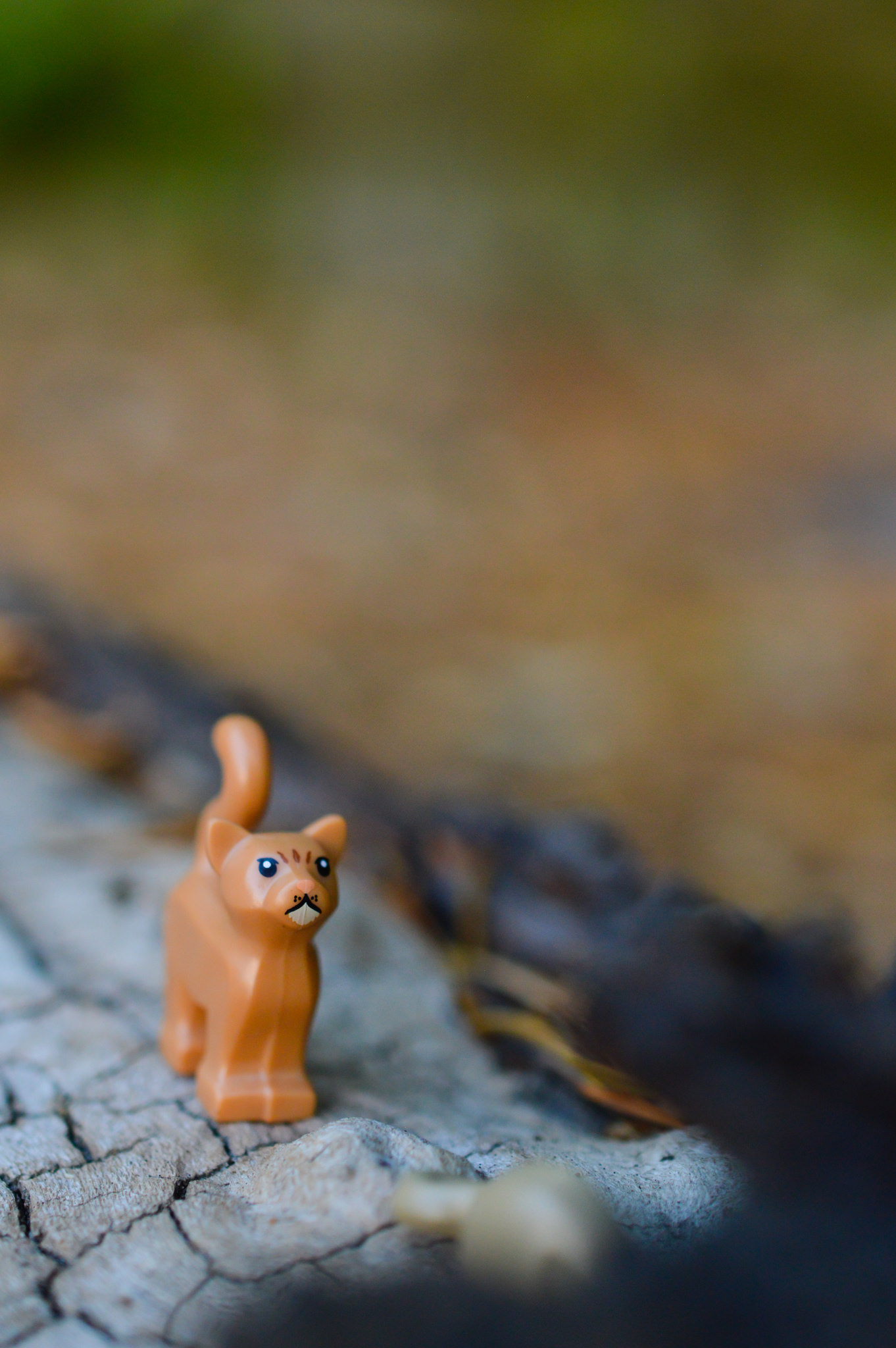 Cats will chase rats, especially if that rat is Scabbers.

We get more pets in the form of Crookshanks, Hermione’s cat/kneazle and Ron’s rat, Scabbers. Not seen here, we get some more printing detail on the rat itself. Both cat and rat are sure to find themselves up to mischief in photos everywhere! 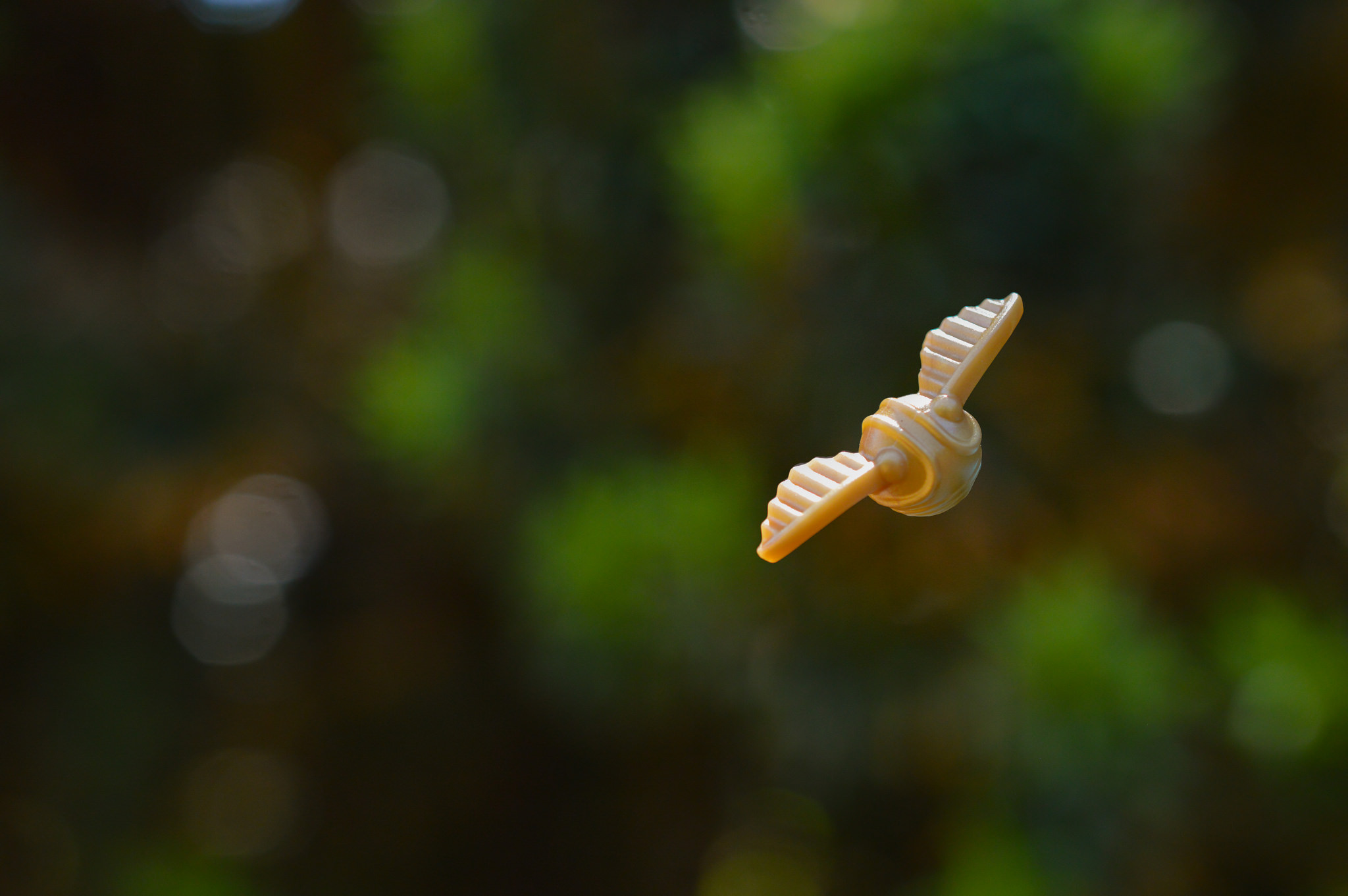 Sometimes the snitch will evade even the best seakers

We get a golden snitch with Slytherin Seaker Draco Malfoy. This golden gem took to the skies as soon as it was released from it’s packet, so do keep a firm grip on it! This piece is rather cute, although was quite hard to photograph in mid-flight as it is very quick! 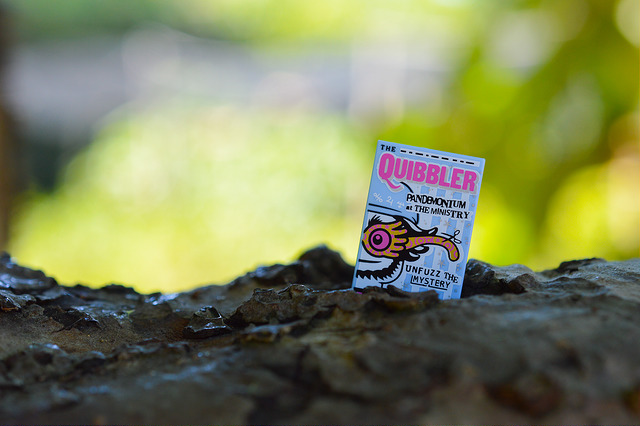 Some weekend reading material for the really whacky!

Luna Lovegood loves leaving the Quibbler around for everyone to read. This one she left at the edge of the Forbidden Forest, just incase any Nargles wanted to read it. It does look interesting though, lots of bright colours and some great nods to the prop. 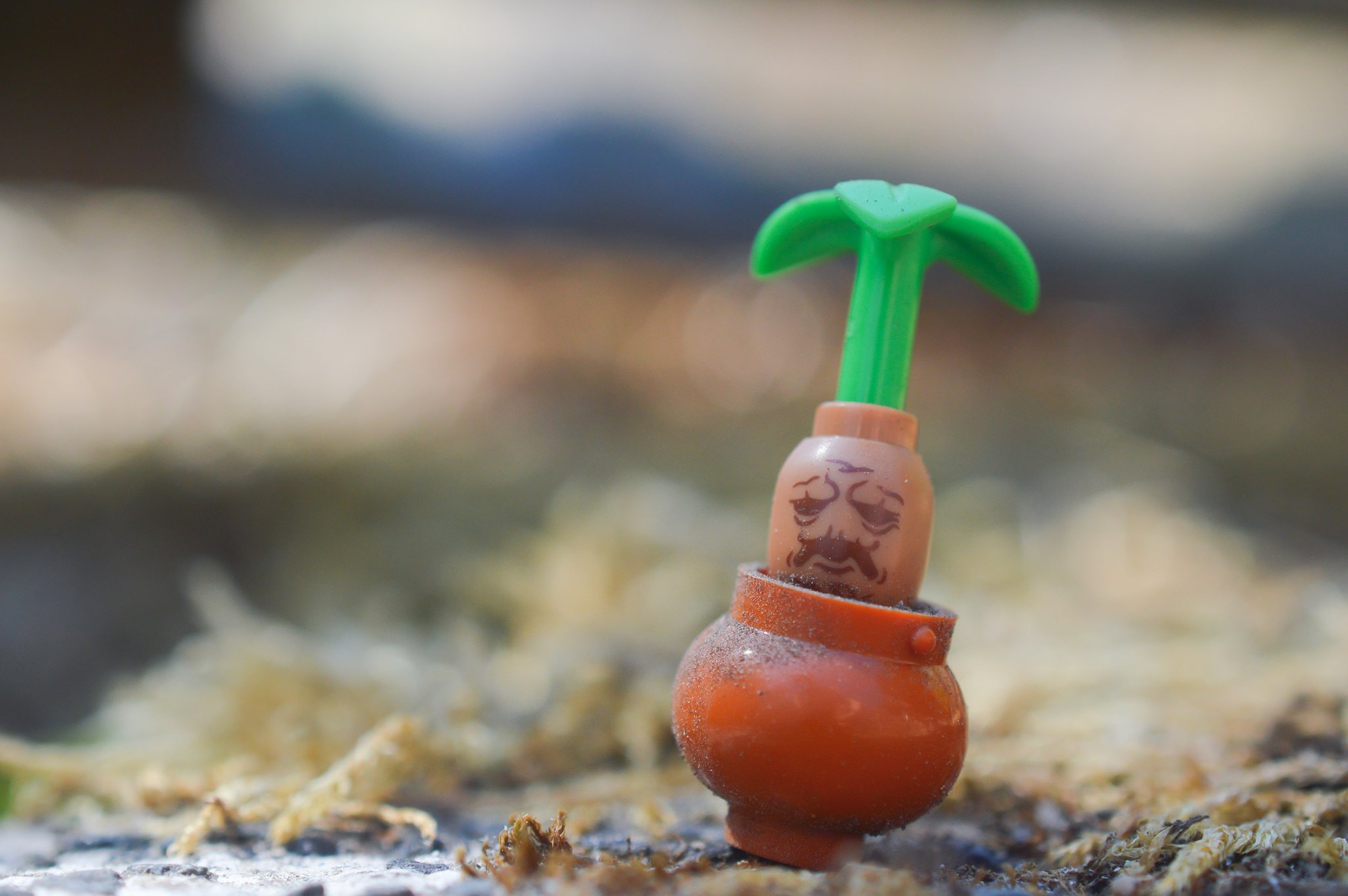 Get your earmuffs ready!

Back in the Hogwarts grounds, this poor Mandrake has been left out in the sun. He’s not too happy about it, so don’t get too close without your ear muffs!

This mandrake comes with the Neville Longbottom figure, and is a really nice addition to that character. It’s great that they printed on the piece and I wonder if LEGO will ever make a bigger mandrake so we can have all the stages! 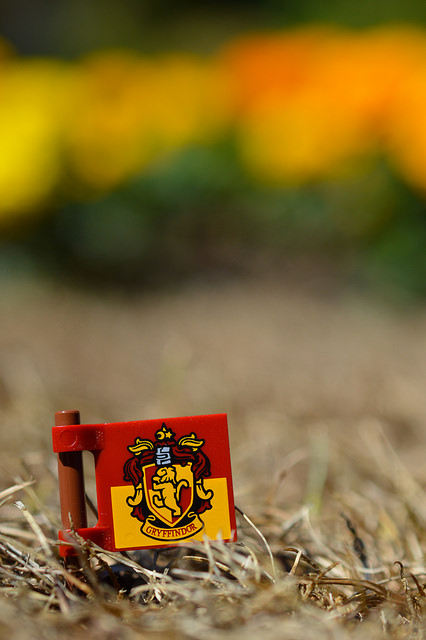 This Gryffindor flag comes with Dean Thomas. It’s a great addition to any wizarding world set, and I hope to see all the houses represented eventually! For a tiny flat, it’s got a good amount of detail, and the colours really are perfect in the summer garden. 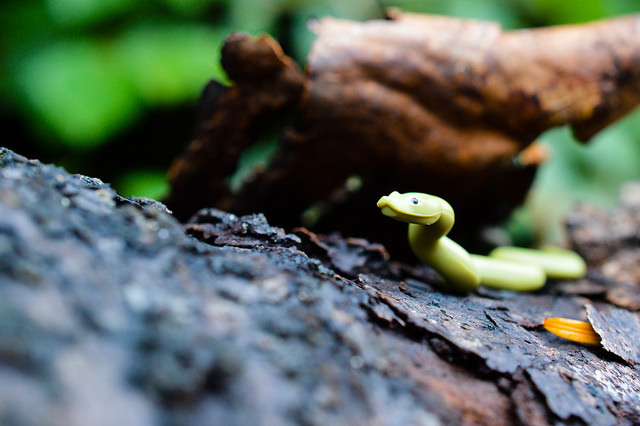 Slithering around, heading to Slytherin.

She might have an evil owner, but Nagini also likes to spend time by herself, slithering around ancient woodlands. I really love this snake, it’s such an improvement over the bright green flat model I’ve seen before. Whilst not flexible, there’s a certain charm to this model! 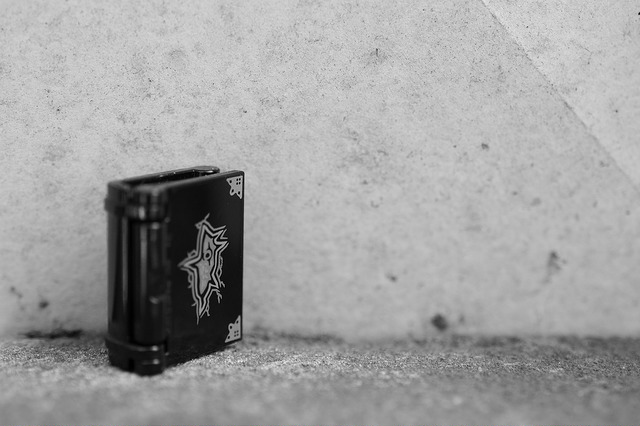 To be destroyed, properly, at the next available opportunity. (Note to self, from Dumbledore)

Tom Riddle’s Diary comes with the Dobby figure in this series. It’s nice to finally get my hands on one of the opening books that have started to appear. It’s much nicer than the older LEGO style books, although I do wish we could get a non-destroyed diary as well! This one comes complete with Harry’s sock inside, to make sure Dobby stays a free-elf! 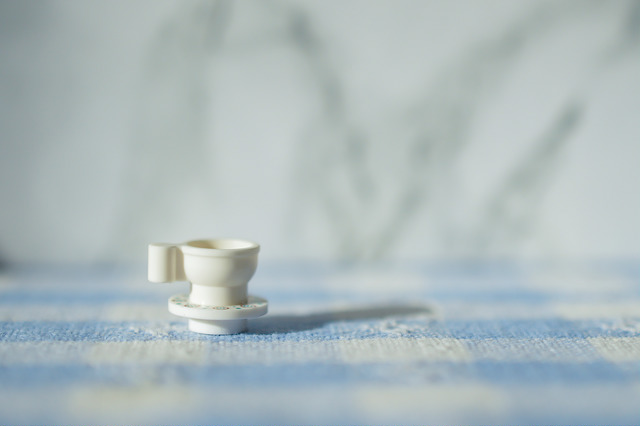 It’s most definitely time for tea. No grim’s welcome.

This was my most wanted accessory from the series, as I can see the potential for so many scenarios I put together, where a tea cup, rather than a coffee mug, is needed. Being white, and being a bright day, this one was tricky to photograph. You can’t see it clearly here, but there is a wonderful pattern on the plate. The plate comes off, so you can always use that to serve a biscuit as well! 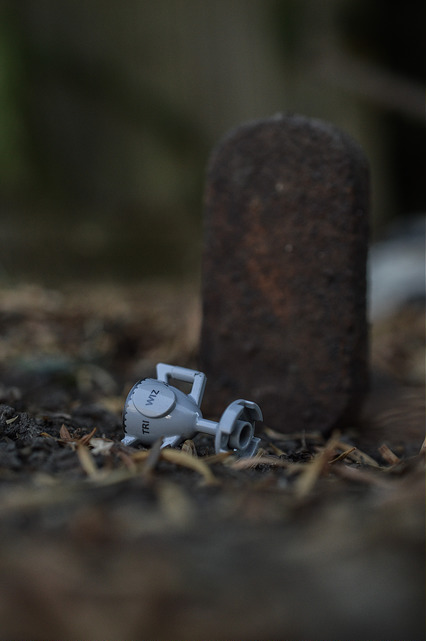 The tri-wizard cup, a most unwelcome prize.

A much less friendly prize than a cup of tea, Cedric Diggory comes with the Tri-Wizard Cup. It’s a fairly large affair, for a trophy, and is simply printed. I’m not sure how much use I will get out of this accessory, but it does make for a good dark photo of the cemetery. 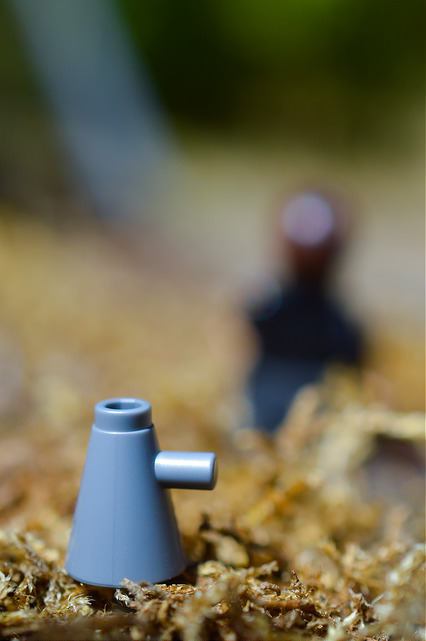 Is it a microphone or a Darlek?

I don’t quite get why Professor Flitwick comes with a microphone when he could always use the Sonorus charm, but at a pinch it will make a pretty good Darlek representation… 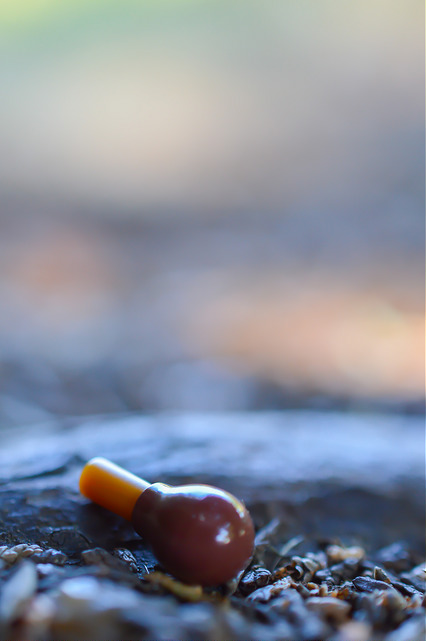 A potion bottle, laying abandoned on a path, could cause a lot of trouble.

This little bottle of polyjuice caused a lot of problems in the books, but also for me, trying to photograph it. There’s very little defining features to it, and it just kind of looks like a maraca… Still, I gave it a go in the name of #nofigurefriday, and whilst you might not be able to tell what it is without a caption, it’s a new accessory to play with! 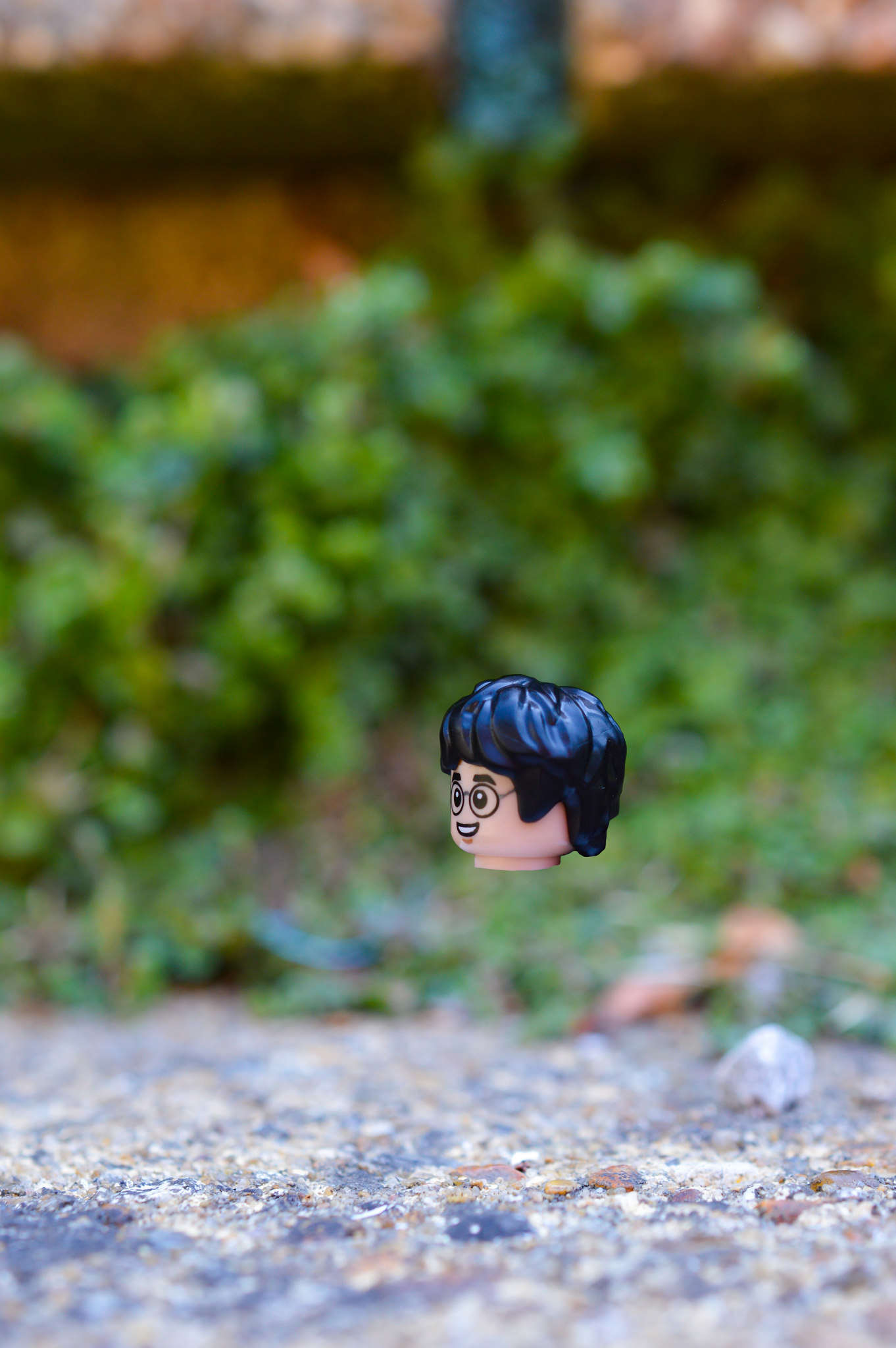 Invisible bodies are all the rage these days.

So it’s a little tricky to photograph an invisibility cloak. Thankfully Harry was happy to demonstrate it for us and I got a great photo of the cloak!

All joking aside, this is a really shiny, really pretty cloak, with some great nods to the movie prop. Shame it looks a bit like old curtains on the inside! 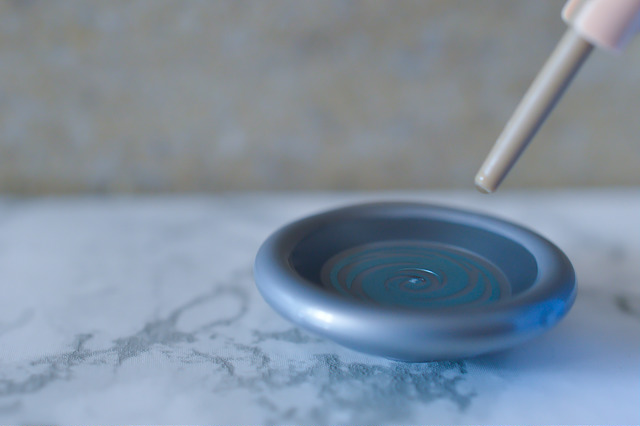 Albus Dumbledore’s pensive is not to be trifled with. Or photographed. It doesn’t like that.

This was another tricky accessory to photograph. Without a person, it does rather look just like a plate. So I tried adding water to the shot, which didn’t really help matters. I added the wand (and hand) in to try and add a bit more context to the pensive. I’m looking forward to seeing how others use this accessory! 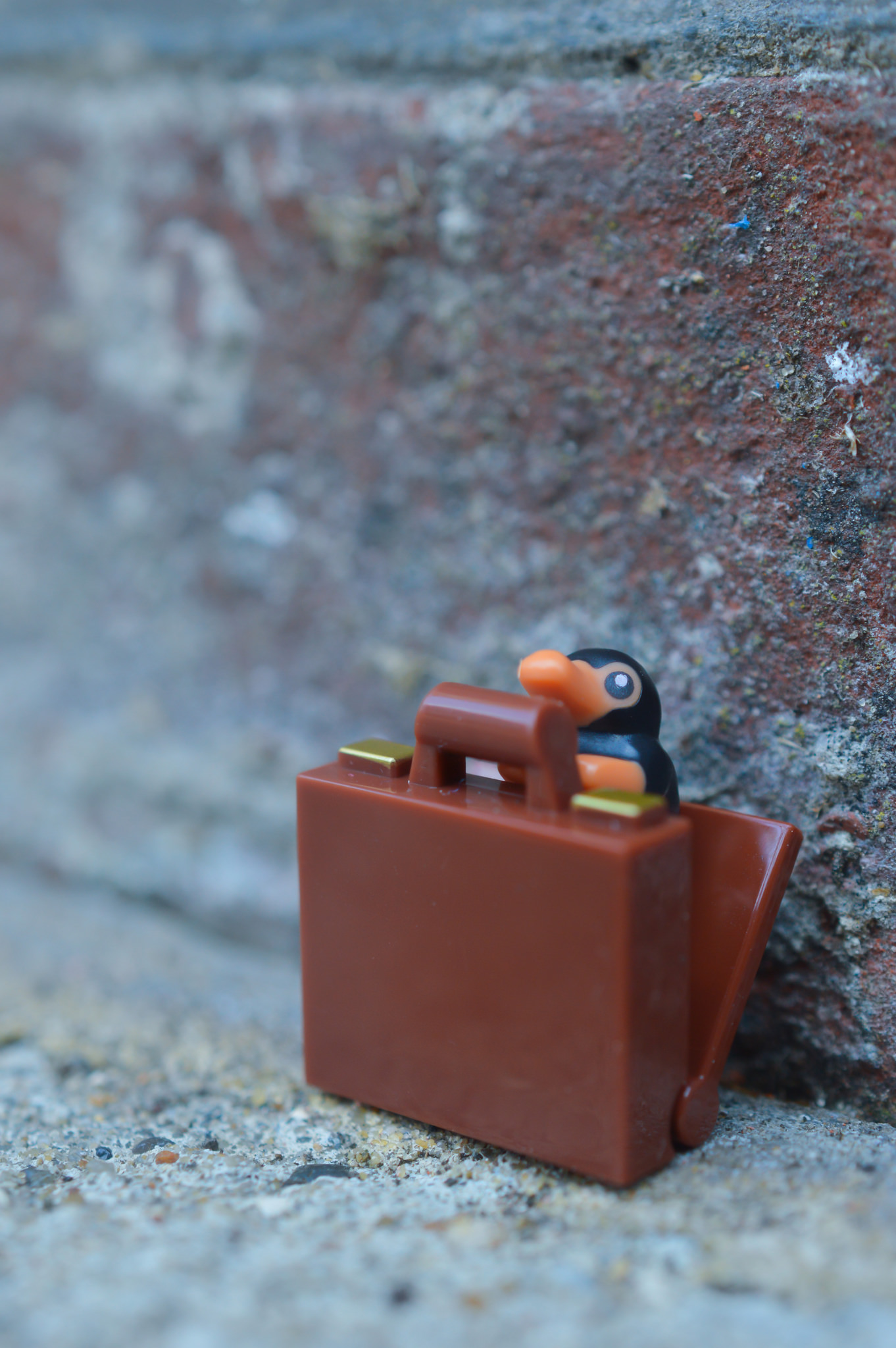 Escaping Niffler’s should be handled with caution

What a cutie this little chap is! Just make sure to watch your gold as it looks like he has escaped from Newt’s case and is running amok across the streets! 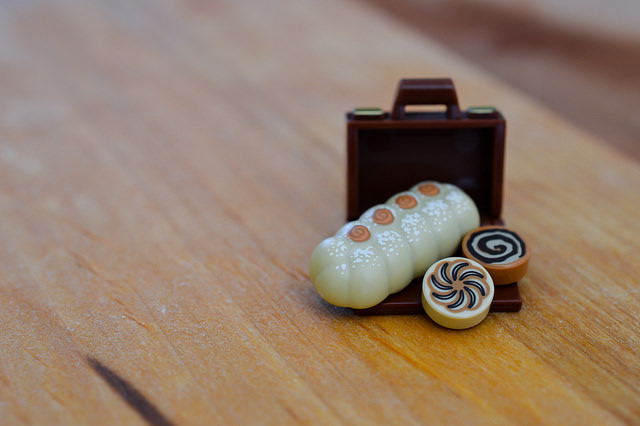 Tasty treats just carried in a briefcase. Fresh for you!

What a lot of tasty treats we’ve been provided with! These are sure to appear in many #nofigurefriday shots, just to make me crave baked goods! I’m four weeks into a low carb diet and bread is my one true ‘I miss it so much!’ I’ll just stare at these tasty looking plastic treats instead. 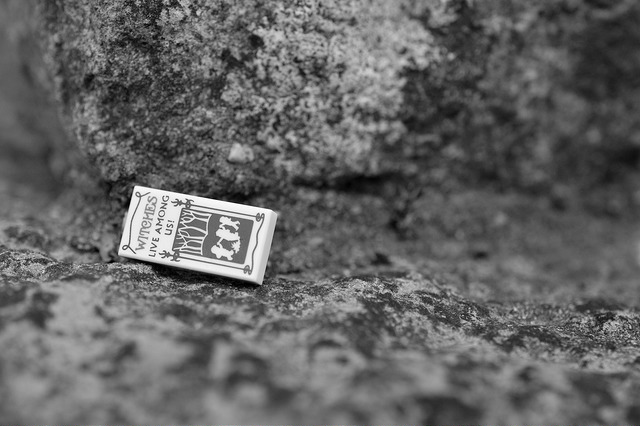 Leaflets left abandoned on street corners, as who believe in witches?

Credence Barebone comes with this creepy little leaflet. I liked the idea of playing with how people just throw leaflets down if they get them on the street. This one’s blown away and got itself stuck on the wall. 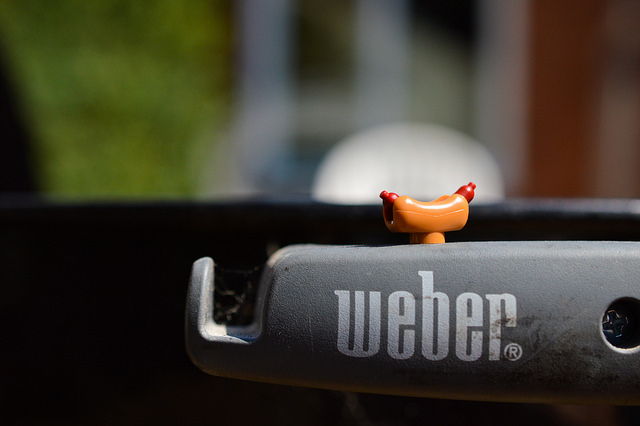 Get your hot dogs here!

I’m not entirely sure WHY this character has a hotdog, and whether that will be made clear in the upcoming movie is unknown. Still, whilst just a standard hotdog, we had our BBQ going whilst I was taking these photos, so I couldn’t resist taking this photo! Who doesn’t love a good BBQ hot dog! (No wiener dipping in this side of the ocean!)

Have you got your hands on all the LEGO Harry Potter/Fantastic Beasts minifigures yet? Which one (and which accessory!) is your favourite? Let us know in the comments!