When I first saw the highly articulated Star Wars Black series figures two years ago, it rekindled my toy-collecting hobby and started my interest in toy photography. Up till then, the last figures I bought were 20 years ago and had only 5 points of articulation.

I bought a bunch of these Black Series storm troopers and enjoyed shooting them in all sorts of poses. In fact, you could say I was an “articulation snob”. I realized this during a toy safari with the local community here. I could not understand why my friends were fascinated with the limited posability of Lego minifigures. I had no idea what they were discussing when they talked about Ninjago, Chima or CMFs. However, things have changed quite a bit since then. Of late, I noticed most of my toy photography photos were that of Lego minifigures. 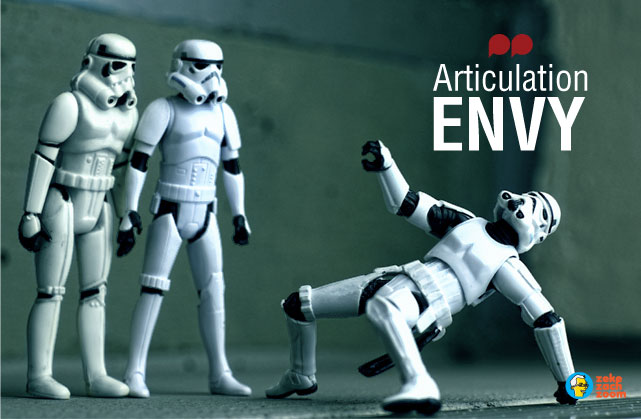 I was an “articulation snob”

My early interactions with LEGO

I have vague memories of playing with LEGO sets while growing up during the 70s (man, I feel so old now!). I think my parents bought me just the basic bricks because I have no recollection of playing with any minifigures. Those bricks are long gone and when I had kids of my own, I too bought them LEGO sets. They had the dinosaurs, Bionicle series, Anakin’s Jedi Starfighter ( the assembled set was destroyed less than a week when my nephew decided to have a closer look and has never been built again) and some diver sets. The sets were usually assembled once and never displayed. Once playtime was over, they were stored in a big container.

My kids are all grown up now and I have taken over their toys!

Gradually, my kids and I would break up the assembled pieces. We much prefer to use our imagination to create our own worlds and machines. Back then, I did not keep track or look forward to any new releases of Lego sets. They were merely kids’ toys to me and was something I would reward my children occasionally. I guess I was too busy adulting, having to raise two small kids, pay the bills and was busy with my career. I am happy to say that I still have that big container of loose bricks and minifigures.

It was two years ago, on my second toy safari that I shot my first few LEGO photos. Back then, I had a few stormtrooper minifigures of my own and some friends offered their LEGO pieces for me to shoot on location. Thus the seed for Legography was planted. I started shooting them occasionally and gradually, made conscious effort to shoot them. Some of my favorite shots now are of LEGO minifigures.

These days, I look forward to every new CMF release. The toy photography community is also partly to “blame” for the growth of my LEGO collection because of the amazing photos they share. Looking at inspiring photos drives me to go hunt for the minifigures they used in their shots.

My first LEGO photo shot during my second toy safari.

When I started Legography, I never realized that there was a up and down side of the hands. This was pointed out to me after I posted a photo online. Misaligned parts like hair pieces are some things I notice during post-processing. Parts that are not snapped in properly are also a common mistake for me. For the casual viewer, I guess is fine, but for me, I can never unsee them now. I guess we are our own worst critic. 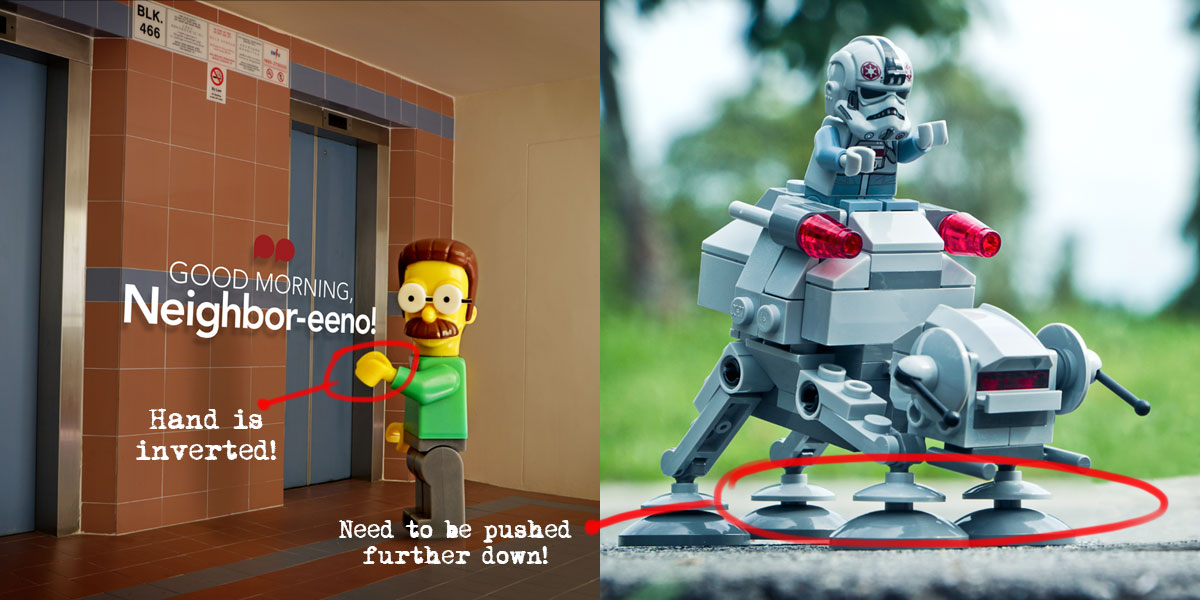 Little mistakes that I cannot unsee

After shooting minifigures for two years, I came to the conclusion that LEGO minifigures have a certain X factor. I don’t know how to describe it, but there is something about the figure, the way they are shaped. They are so adorable and whimsical.  When held in the hand, it feels just right. You can feel the joy and fun while posing them, albeit with limited articulation. Does that make sense to anyone what I just described?

Even though the figures lack articulation, I learned that you can still do dynamic poses with some creative solution, such as playing with the camera angle or dissembling the arms and legs and repositioning them via blu tack in unique poses. Also, the lack of articulation forces one to exercise creativity and craft the shot accordingly, and maybe let the viewer’s imagination fill in the gaps what they do not see, creating an aha moment and make the photo even more engaging.

They also scale so well with 3.75 or 6-inch figures. Setting them up as kids to these bigger figures creates great opportunities to explore the relationships between adults and child. 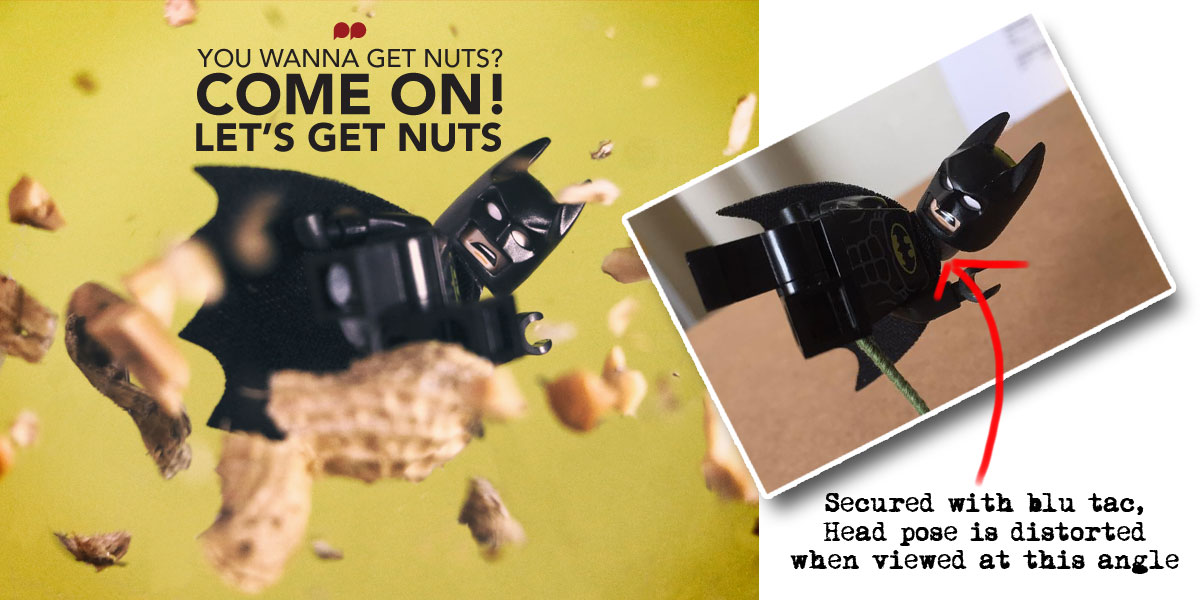 Viewed from one angle, the head looks weird but not so when seen straight on in the final image.

I enjoy setting up scenes where pop culture characters are caught in everyday situations and for that, sometimes you need everyday people. You know, an average Joe and not some superhero. With the LEGO City sets, you have more than enough choices of such ordinary folks. As most AFOL already know and appreciate, the LEGO minifigures also come with great accessories, easily swappable faces with loads of expression. Setting up a scene couldn’t be easier.

Coming onto the AFOL scene this late, there are so many early custom minifigures that I would like to lay my hands on but the price range for some of these are just too much for a piece of plastic. However, you never know when you will snag a great deal and part of the fun is hunting for those desired figures.

So, how far down the LEGO rabbit hole have you gone?