“[To] take and use (something belonging to someone else) with the intention of returning it.” – Google

We all borrow things, all the time. At toy photography meet-ups, borrowing happens constantly. Can I borrow your reflector? Can I borrow a light? Can you lend a hand? Can I borrow [insert cool toy name here]?

In fact, toy box borrowing is one of my favourite things about being on a toy safari. It opens up a whole new world of toys, where discoveries can be made about new toy languages (and is it a different language we speak when we use one toy brand or another? Do we ‘speak’ (photograph) differently when we use different brands, different scales? Well, there’s a thought for a day when my brain is in gear!)

I borrowed quite a lot of toys whilst in Paris! Some are more familiar to me than others and knew what I was doing with them. Others were an experience in playing with different scales. Here’s a quick look at some of the toys I borrowed in Paris! 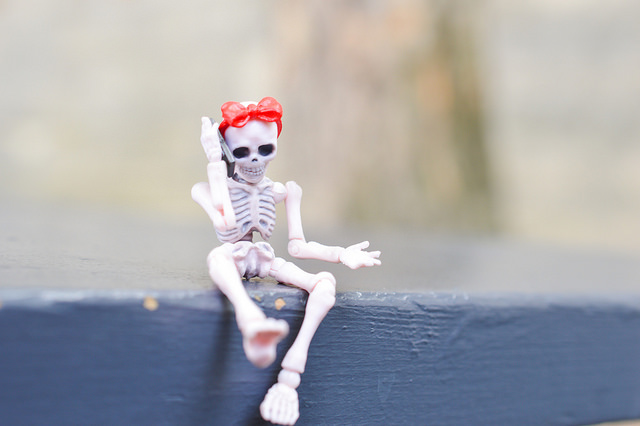 “You know, it’s like…” (Borrowed from Eat My Bones)

Now, I have a lone Pose Skeleton. He’s pretty cool but Eat My Bones has a whole family! Including this wonderful pink girl with an adorable bow! I couldn’t resist photographing her with a tiny phone, as what teenager would be without it! These skeletons are so wonderfully expressive, helped out by their ability to be posed! If you want to see (and hear) more about these little skeletons, have a listen to James’ podcast with Eat My Bones! 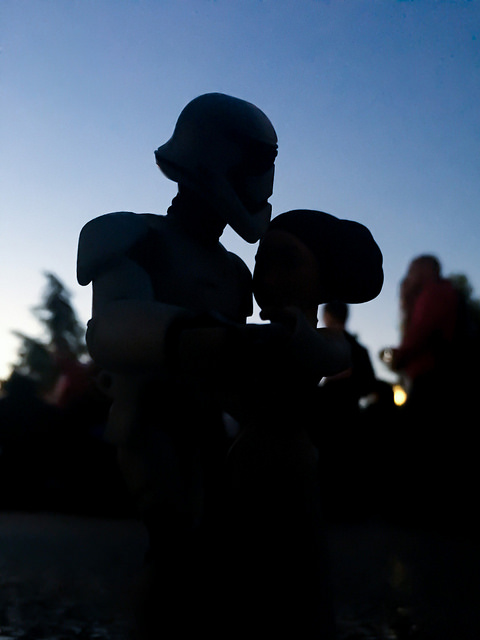 Love in the shadows (Borrowed from Nutelasabe)

Nutelasabe and I hung out at Disneyland on our last day in Paris. She had just bought a new Disney Toybox Leia figure to go with her Stormtrooper. Within minutes of having her out of the box, she very kindly let me borrow the figure to shoot this quick phone shot whilst we waited for the firework show to begin. Whilst the Toybox figures are not the most posable figures out there, there is a certain charm to them and I will certainly pick up a couple. Whilst you can’t see it in this shadowy shot, Leia is a really kick-ass figure and would do brilliantly exploring the UK! 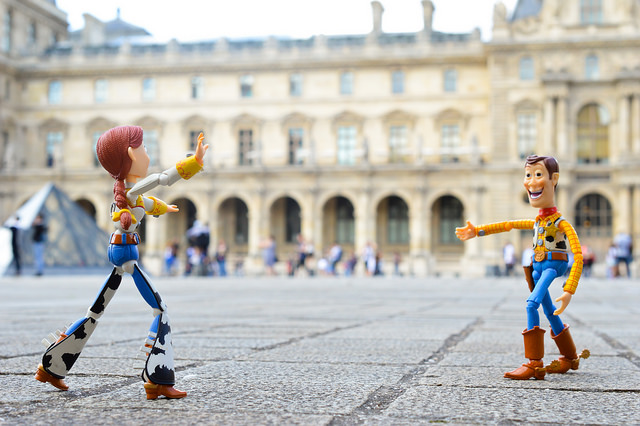 Meeting of friends (Jessie borrowed from _me2_)

I love my Woody, so much that his leg broke off! Before that tragic accident though, Woody met Jessie at the Louvre. Thanks to _me2_ very kindly letting me borrow her. This photo was really tough to get posed, as whilst these figures do stand up reasonably well, Jessie has teeny tiny feet and kept falling over in the running position I wanted her! I would love a Jessie figure, but as they now sell for well over the £100 mark, there is little chance she will make it into my hands! 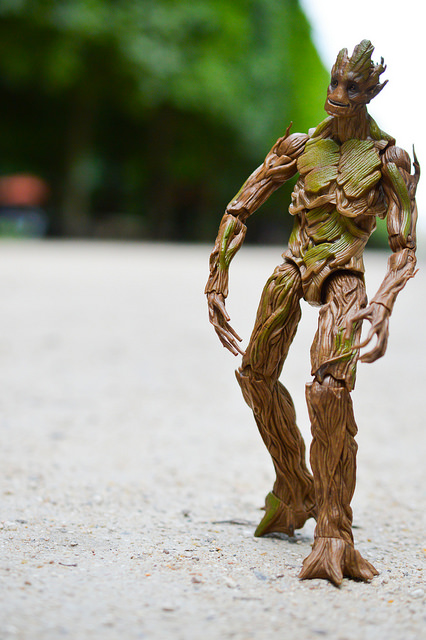 Groot goes for a walk (Borrowed from Nutelasabe)

I’m not sure what brand this Groot is (Disney?) but he is much bigger than anything I normally shoot (Barbie doll sized perhaps?) He was also a pretty heavy figure, which was good as it meant he (mostly) stayed upright in the slight breeze. With a surprising amount of joints for a tree, he was also a good figure to pose. He also has a great lot of detail on him, which makes for a nice shot of him strolling down the tree lined Parisian park!

Catching the wind at the Louvre (surf board borrowed from Shtacyp)

Whilst the swimming figure is mine, Stacy leant me the windsurf board (does that have a proper name?) so I could put together this little scene at the Louvre. This one was tricky as that sail really does pick up the wind. In the end, a lot of effort went into getting a shot where she was upright. If you do take this set up out on water, make sure you are willing to get wet to rescue it (or bring a net!) 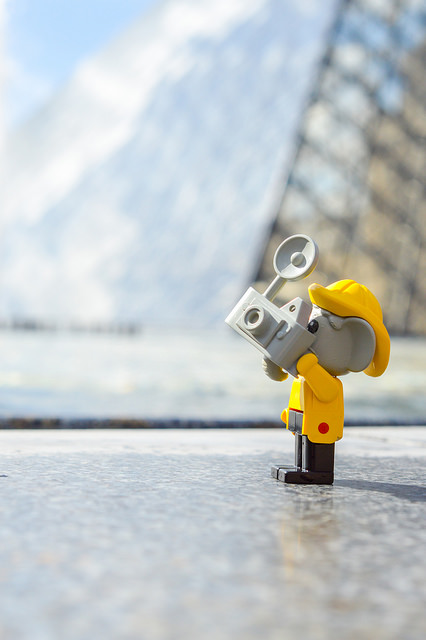 This little Fabuland figure is one of my favourites, and I think I have photographed him on every toy safari to date! I really do need to get my own one! Borrowed (this time) from herrsm, I took a quick snap of him having a tourist moment at the Louvre. He really didn’t need that raincoat as the weather stayed dry and hot all weekend! 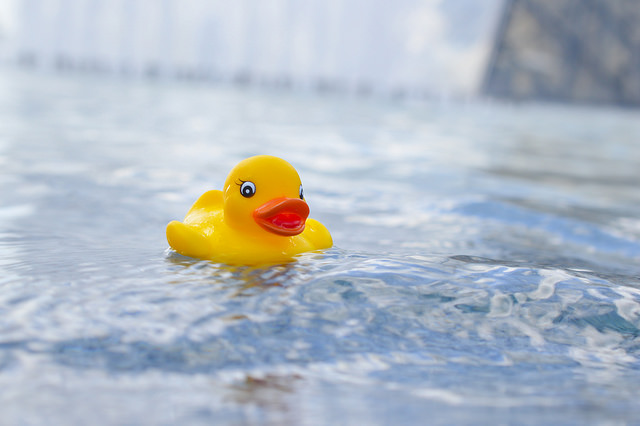 Ducky in Paris (Borrowed from fubiken)

Finally, for a bit of fun, I borrowed fubiken’s rubber ducks and took them for a quick dip! The water at the Louvre was not still by any means, so corralling a rubber duck into the shot you wanted was not the simplest affair! These ducks, however simple and classic they are, really did bring a smile to my face and who knows, maybe a rubber duck or two will have to join my toy box!

After all that borrowing, I certainly do have a lot of new things I want to add to my collection! Time will tell whether or not they do get added! Especially as I’m still on my ‘must not buy toys’ routine until after August 1st! (Edit: After writing this post, I just took a quick look on ebay to see how much the Fabuland elephant was. Bad idea as I ‘accidentally’ click purchase! More with that adorable figure soon then!)

Do you borrow toys from other people? What do you like best about it? Is it being able to try new things, or is there something else about it you enjoy? Let me know in the comments!

P.S. Do you want to receive Toy Photography updates direct to your inbox on a Friday, ready for some weekend reading? Then sign up now so you don’t miss another edition!