I written before that I’m easily distrac…. oh look, a butterfly! But the past few weeks have seen a toy photography project have my full attention and focus. Too much focus maybe?

I never liked Monopoly as a board game. There was something about the capitalism nature of the game that never struck a chord with me. “Oh, you’re a little low on cash there? Here, have a some. No, don’t worry about paying me back. It’s a gift mate.” This socialist attitude to a game that’s goal is to drive your opponents into bankruptcy, usually saw me bowing out very early, landing on Mayfair, unable to pay the rent, but content in the fact that I’d lent some coin to a friend in need. 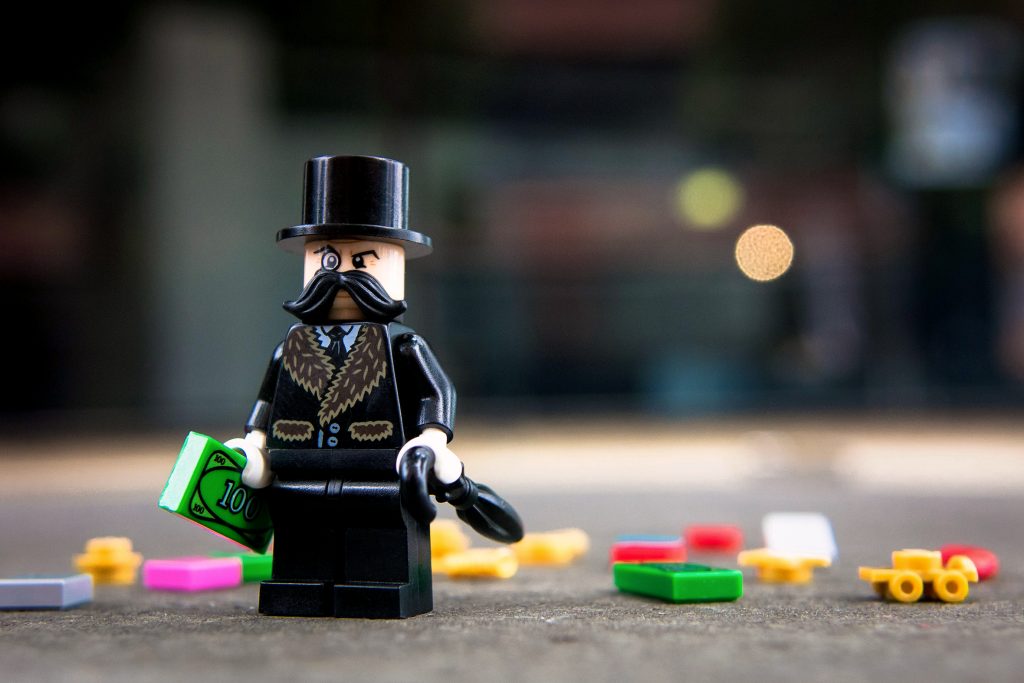 And when there’s a monopoly on my thoughts and focus, I also feel that I should also share my time with other thoughts. Other thoughts need some of my attention nest egg too.

Things like #withtoysinmind, #inthestyleof, and of course all the wonderful G+ challenges keep tapping me on the shoulder asking for some of my attention spare change.

But I have to pat my empty pockets, shrug, and regretfully walk on for now.

This project property mogul has been standing out the front of the motel it’s constructed on the Mayfair of my time, demanding I pay the exorbitant rent!

In the past couple of weeks, I’ve taken only a handful of toy photographs. A handful that aren’t directly linked to the project.

So, if I’ve been missing of late, you can blame Uncle Milburn Pennybags for sending me directly to jail, not allowing me to pass GO, and definitely not letting me collect $200. $200 I probably lent him in the first place!!

But don’t worry, I’ve smuggled a thimble in and I’m using to burrow my way out!

Do ideas or projects monopolise your thoughts and focus? Or do you put some money aside for when the project landlord demands the rent, giving you time to play?

If you’ve made through all my blathering and ended up here, you should sign up to our weekly email round up where you’ll get a recap of all the babbling from the week. And while you’re doing things, you should definitely join our G+ Community where we hold monthly contests with prizes and lots of other cool stuff too.