Listen, look on your desk, and pilfer!

Monday morning: Arrive at work…URGGH! Coffee. Sit at my desk and get lost in James’ latest podcast. Catch up on the weekend’s Toy Photographers posts. Panic that I don’t have a post written for the week. Scramble.

James’ post about expanding his toy photographing subject matter beyond what he began shooting struck a chord with me. And saved my bacon (or facon for my fellow vegos) by inspiring me to write what I’d been thinking about.

Like James I overpacked for the Oregon Toy Photo Safari. I always overpack. But since returning home, the only box of toys I’ve unpacked to shoot and inspire me is the one that didn’t contain LEGO? The box of LEGO, that was essentially ballast for my backpack largely remains as it did when I closed it for the last time in Oregon. There’s still some Arcadia Beach sand in there.

And my desk at work, usually strewn with LEGO Minifigures, is now overrun with other toys.

But that’s not a bad thing!

My desk at work is where many tales flourish. Yes, if you’re my boss reading this, I do manage get all my work done! But my desk is also a stage for stories to grow as impromptu, unrehearsed dramas play out, through play and posing.

As the cast of toys bebopped and improvised this week, here are some of the tales that emerged from my desk. Dr. Bunsen Honeydew looked on with horror as Beaker pleaded with Ash to lower his boom stick from the back of Danbo’s head. Gizmo practiced wiener dipping, before midnight of course! A Stormtrooper helped Bossk prepare for his big night by teaching him how to slow dance (still being rehearsed!). 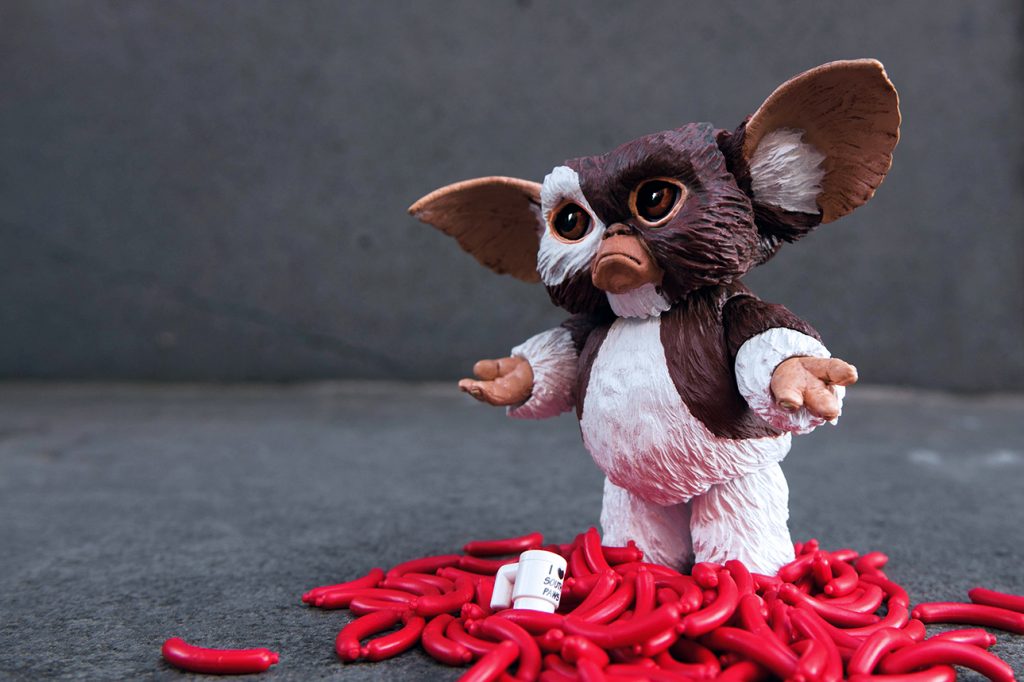 tales from my desk: No dipping after midnight

My work desk is a little like Cindy and Leila’s dinner bar. “Don’t play with your food!” “I’m not playing with my food, I’m playing with my toys.” It’s more than just a place where I mash the keys to make code work, it’s also a rehearsal space for my toys to workshop their ideas. Yes, their ideas. They’re their stories, not mine. I’m just listening intently to what they’re trying to tell me.

I also returned from Oregon with a severe case of toy envy. I think that’s why my LEGO box of travelling weight still remains unpacked. I’ve never been exposed to non-LEGO toy photographers en masse before. And those toys are tough to overlook. If they’re in a toy box as you snoop, being posed in a photographer’s hands or set up in front of a camera, they’re big. Well, they’re bigger than LEGO. 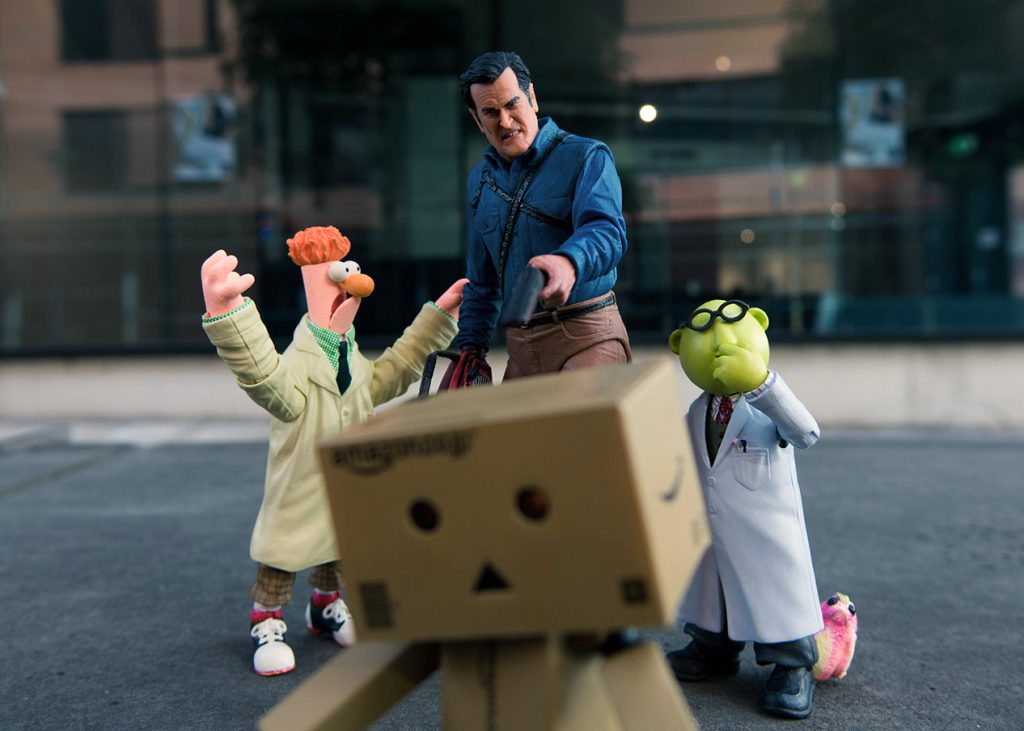 Seeing someone hunched over LEGO as they shot, was familiar. It was another LEGO Minifigure being photographed. But seeing another photographer crouched before Man Beast, or Sweetums, or Bender, or He-Man was novel. These new-fangled toys drew my attention and sucked me in. They’ve also sucked cash out of my wallet!

I only wished I’d taken up the offer to shoot more toys out of others’ toy boxes. Why didn’t I take David up on his offer to shoot Sweetums? Maybe I was intimidated? Maybe it’s just because I’m a bit of a dickhead. If I did, it might’ve made my toy envy less so. And it might’ve saved my wallet from a Sweetums search online!

Envy. Novelty. Progression. Like James, I don’t know why I’m shifting to new toys of late. And I don’t know if this recent inclination will continue. Will it coexist with my affinity for LEGO photography? Perhaps LEGO will always win the battle for the spotlight?  Whatever the case, my desk is definitely busier than it was a month ago. And for now, the tales that are emerging are, at the very least, giving me something to write about.

Where do your toys rehearse? And has the cast of your plays changed over time?