A box of possibilities

A couple of weeks ago, I bought a box of LEGO off the work classified ads. Actually, I bought two boxes, from a teeny tiny photo, and a list of instruction manuals.

For £20 (and a slightly awkward conversation with a colleague about why I wanted it), I wasn’t expecting much, but the instruction manuals hinted at a Gollum figure, so I took a chance!

It was a box of possibility! When I loaded it into my car, I was really excited for the potential that it contained! And overall, whilst there was certainly some questionable bits (micro machines, nanoblocks and mega blocks anyone?), there was a surprising amount of good stuff.

I haven’t sorted through the whole box yet, although I have sorted it into main areas. So far I have:

I figure for £20, this was a pretty good buy! Plus, it was great inspiration for a range of toy photos over the last week! It was so much fun to have new (to me) toys, that were not figures I had played with before! I was especially surprised and happy with the Tauntaun as he was completely unexpected! He was straight out into the garden for some photos, along with some of my other immediate favourites! 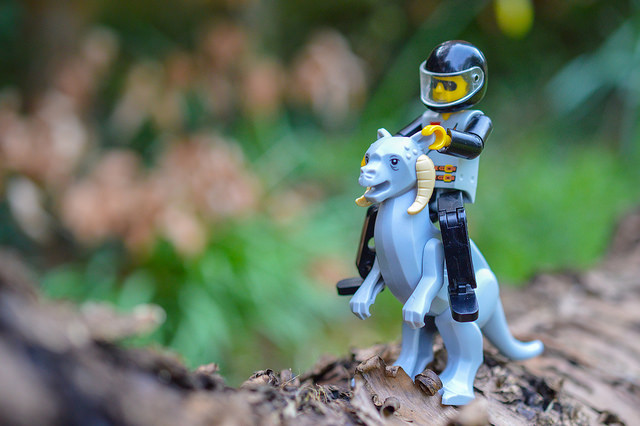 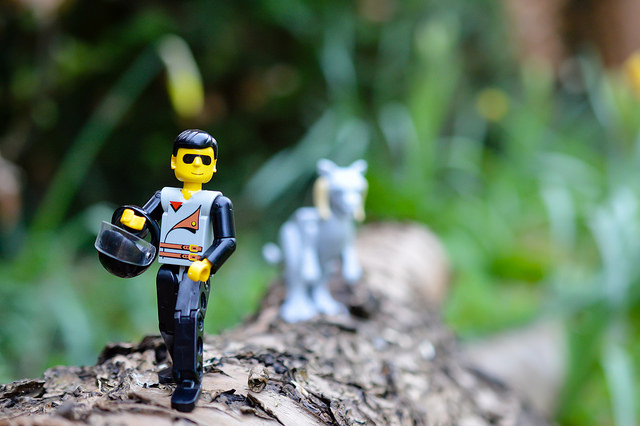 I really like this technic figure! I’ve never seen this type of figure before, and whilst he is a little beat up (he is from 1993, after all), I loved how pose-able he was. You get a great sense of motion from him! I can’t wait to clean him up a bit and take more photos of him! 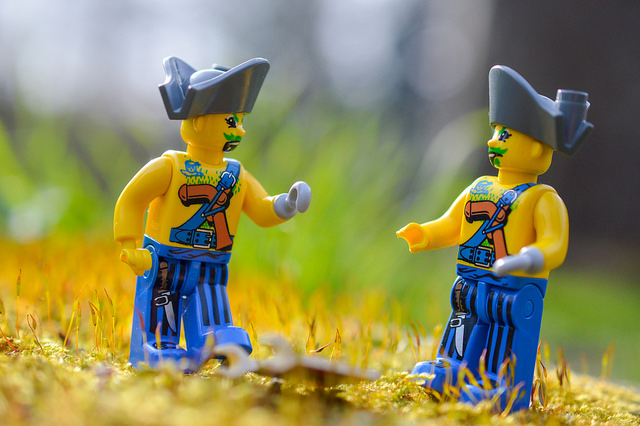 These pirates (not LEGO) are pretty cool, even if I can’t work out what brand they are! Ideas anyone? 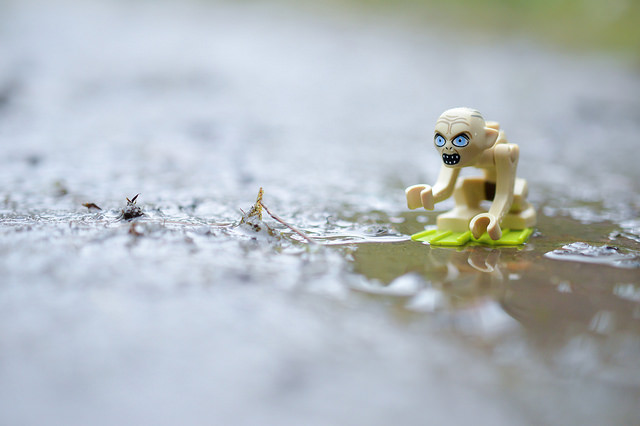 Even Gollum needs flippers for the marshes of the dead.

I was so excited when I found Gollum in the box! Even if at the time he was missing an arm! Thankfully, diving to the bottom of the box located the arm! Another thing in the box was about 20 pairs of flippers in various colours, so Gollum doesn’t have to get to muddy in my garden! I sense a #nofigurefriday shot coming on! 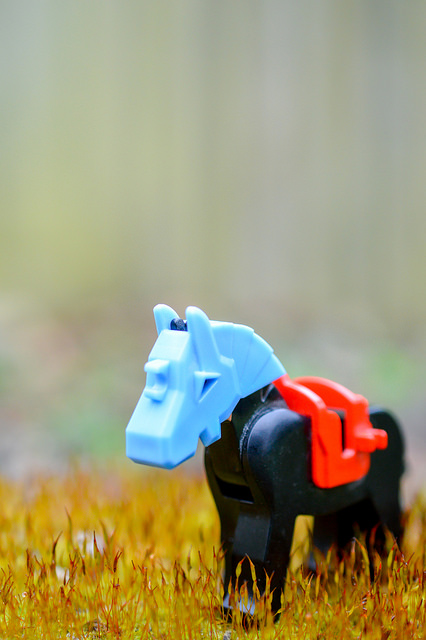 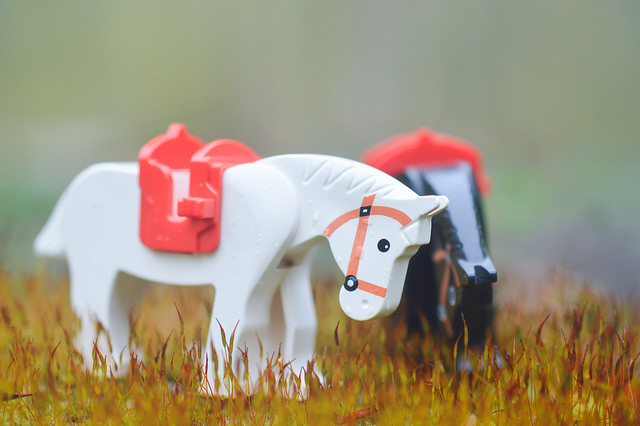 There were also a couple of lovely horses in the box, and although they are a little battered, will make fine additions to my photography box. That blue mask is a little terrifying though! 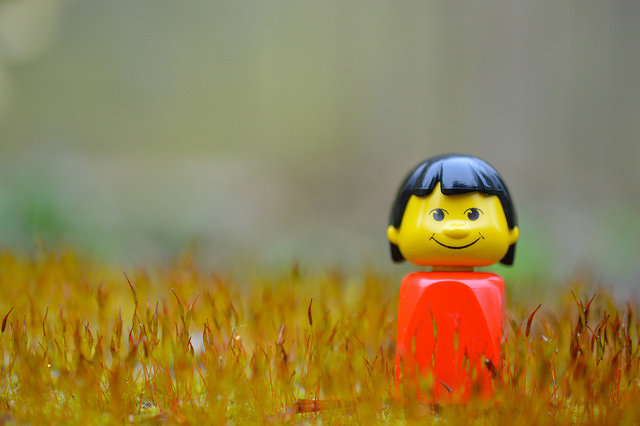 This little girl came in the LEGO basic box, and is very chipper looking! I’ve never seen (or if I have, I’d forgotten) figures quite like this one and it’s an interesting cross between Duplo and minifigures. I like her though, and I actually think she might pop up into some more photos!

In the end, I’m really happy that I did buy this box. I would probably do it again if the price is right and it had potential. I think the biggest trauma for me is finding the time to clean the LEGO and put sets back together. I’m not sure that bit of it is worth it! Still, a bunch of new figures to play with? Happy days!

Have you ever bought a random box of LEGO like this? How did it go? Did inspiration strike, or was it a bust? Let me know in the comments!

P.S. I’m trying to make a list of UK based toy photographers and need your help! If you are a UK toy photographer (and I haven’t already messaged you), please get in touch with me with your location, and your favourite place to take toy pictures! I’m going to compile this into some kind of post in the next couple of weeks, as well as an epic Google spreadsheet of everyone! Perfect for finding new, local(ish) friends and arranging meet-ups!