We often search the Internet and our local area for just the right background for our toys. As many of us are Lego photographers, I’d like to offer you an extra place to look: Lego itself. You can start with the bin of chaos (with thanks to Trey Parker for the title). That’s the box, or boxes of Lego that most of us have stored somewhere in our house. These boxes are filled full of inspiration, colour, and a whole lot of fun. Then, when you have designed what you want and built a prototype from these bricks, you can source the extra parts/pieces from other places. 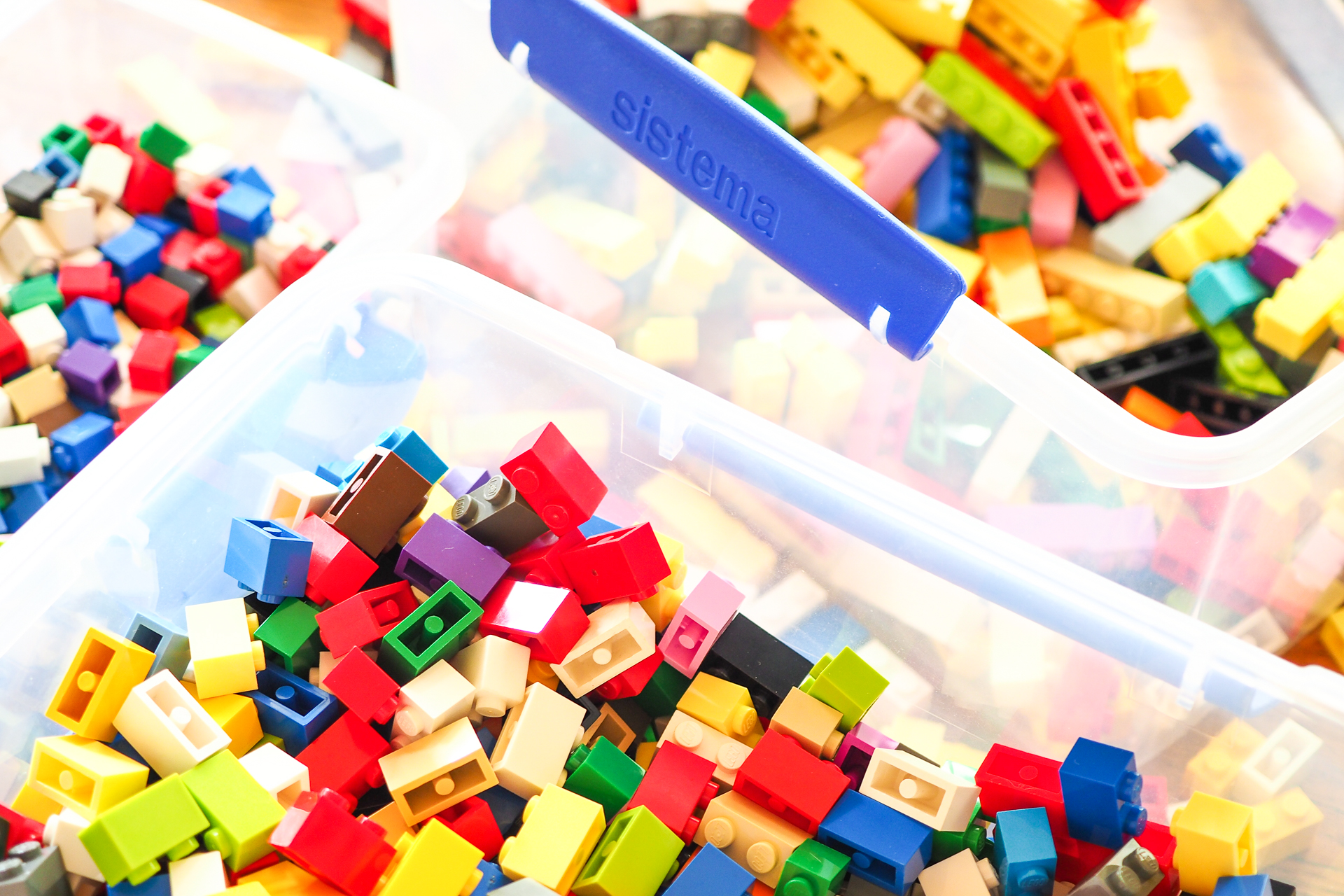 In the next three of my posts, I wish to share with you a journey I recently made, with the idea to build a My Own Creation (MOC) Medieval castle to use as a photographic backdrop for my Castle and Kingdoms Minifigures. In this post I would like to concentrate on my idea for a photographer friendly castle, and my initial design criteria and tests. The second post will share with you my thoughts on wrangling Bricklink’s Stud.io 3D design software. In the third, I would like to unveil the final build of, what turned out to be, the project that made my bins of chaos cry. If you wish to follow me, then hopefully I can give you some tips and tricks to help you along the way.

At this point it needs to be stated the Medieval castle is only an example. There is no reason why these concepts cannot be applied to a spaceship, a block of flats, an ocean liner, or any number of scenes that you may wish to depict. If you are a master builder, you may see flaws in some of my building practices, and that is fine. If you would like to add any other information to help new MOC builders (of which I am one), then I encourage you to do so in the comments. Whatever your experience with MOC building, I hope you improve on my concepts and designs. 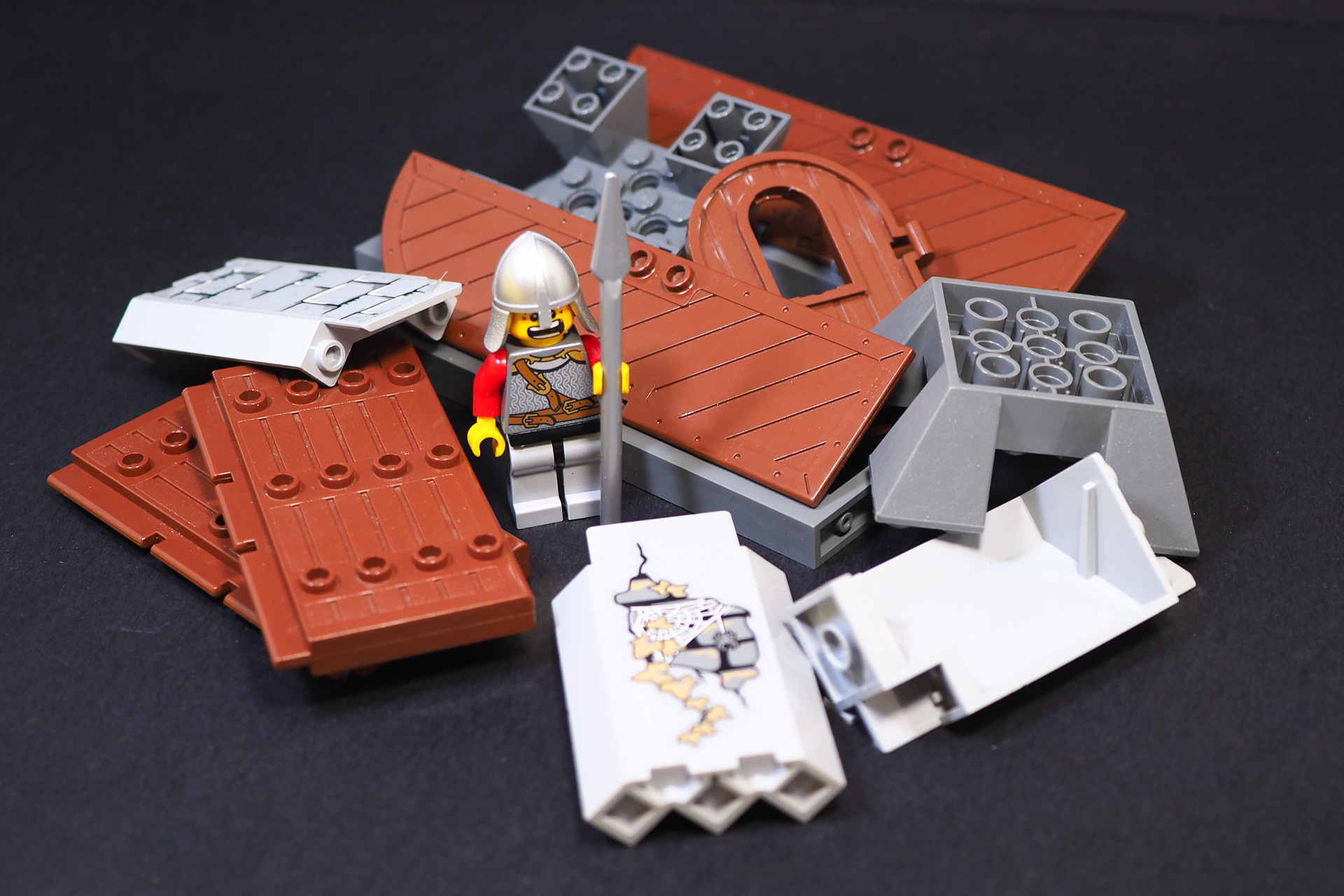 Don’t waste your money on parts you don’t need

I also need to point out that my once proud Lego bins were woefully inadequate for what I eventually wanted to achieve. In addition, I would not have been able to complete the final build without substantial orders from Bricklink. In the end it cost me hundreds of dollars. which sounds awful, until you compare it to standard Lego sets, and ready made dioramas. The bonus of Lego, of course, is that the parts can fuel new projects in the future. I feel that many of the parts that constructed my Medieval castle would be able to be put to use for a space station, or futuristic city. In the end, this process took me about 120 hours over three months. Designing, building, ordering, redesigning, rebuilding, reordering were all on repeat during this project. I made several mistakes along the way; mainly due to my hastiness. This cost me both time and money.

If Lego Already has Castle Sets Then…

Why build a MOC? Well, I could point you to the Castle sets and leave it at that; however, that would be unfair. Lego designs for build and play value. If they ever think about photographers in the design process, then I’m guessing we would be low on the priority list.

My photographer’s MOC criteria were:

Grab whatever Lego you have on hand. Borrow from friends; sneak it from the kids when they are asleep; purloin parts from already built sets. Do not give in to the temptation of buying cool new parts yet. The specific castle pieces in the image above (and that is only a small amount of them) have turned out to be no help to my particular design at all. This is not to say they are useless, just not appropriate to my build, and therefore a waste of my money. 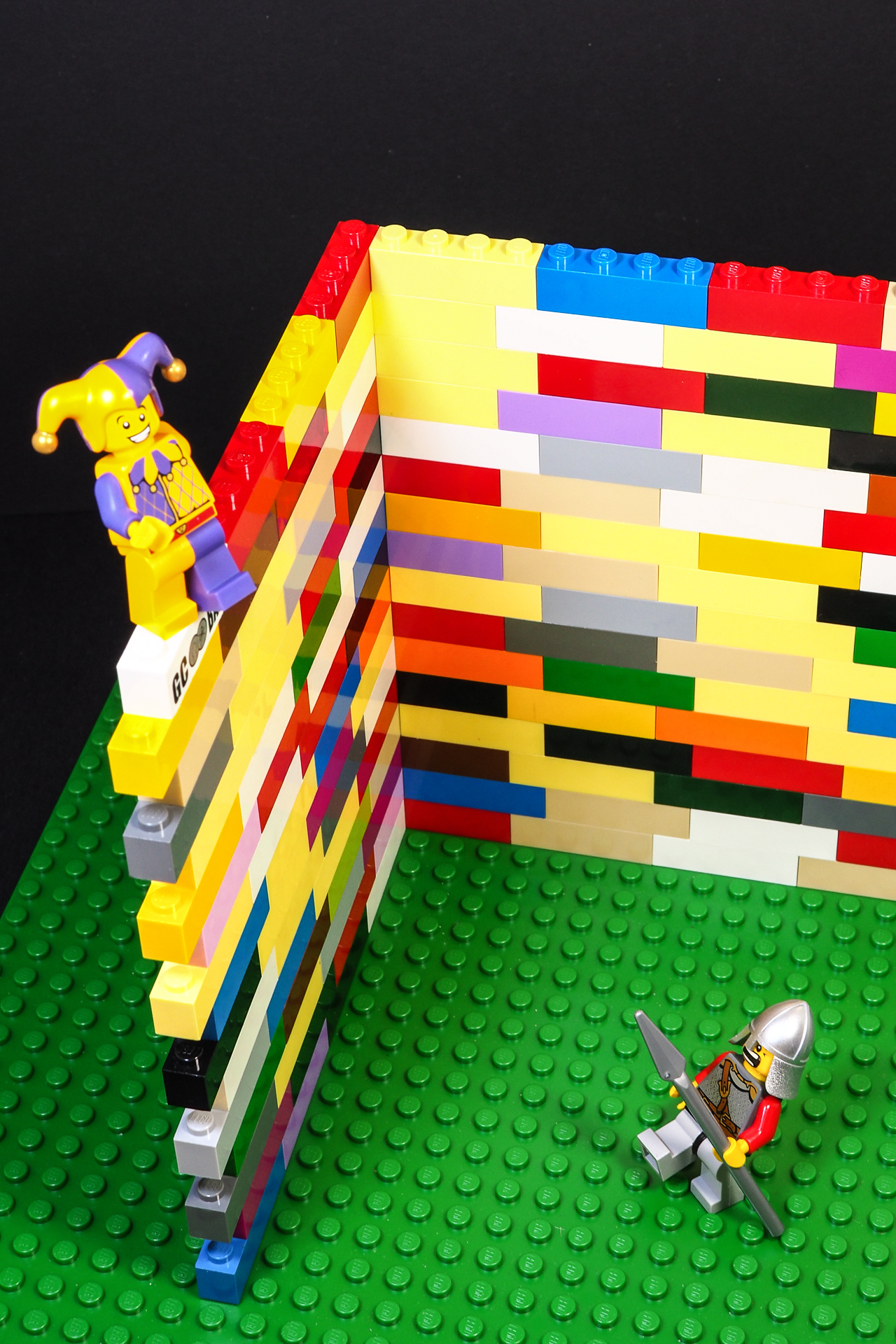 Stop Clowning Around at 16 Rows High!

Don’t worry too much about colour or size. If you don’t have enough 1x4s, then grab some 1x2s instead. This stage is the MOC version of spitballing. See what works with your concepts; what looks good both aesthetically and photographically; how tall, wide, deep you can build without losing integrity; what will fit in with your budget (more on this in part 2). I found that my castle would work best for me at 1x stud wide. I also found that at 1x stud wide, the maximum unsupported build for a castle wall was around 16x rows high.

That got me thinking about price. The small amount of wall in the image above consisted of 144 1×4 bricks. On average this is about US$22 to buy new. It gave me my second taste of the cost of a volume of bricks. 5, 10, and 20c per brick seems like a pittance until you need 400 of them, 250 of the blah x blah, etc. It also allowed me to rethink the need for so many bricks, and the opportunity to re-purpose the same bricks for different parts of the castle. I also quickly worked out that used parts were false economy. Often they are not much cheaper than new and can vary in quality. For example: have a look at the condition of the arched door in the second image above. 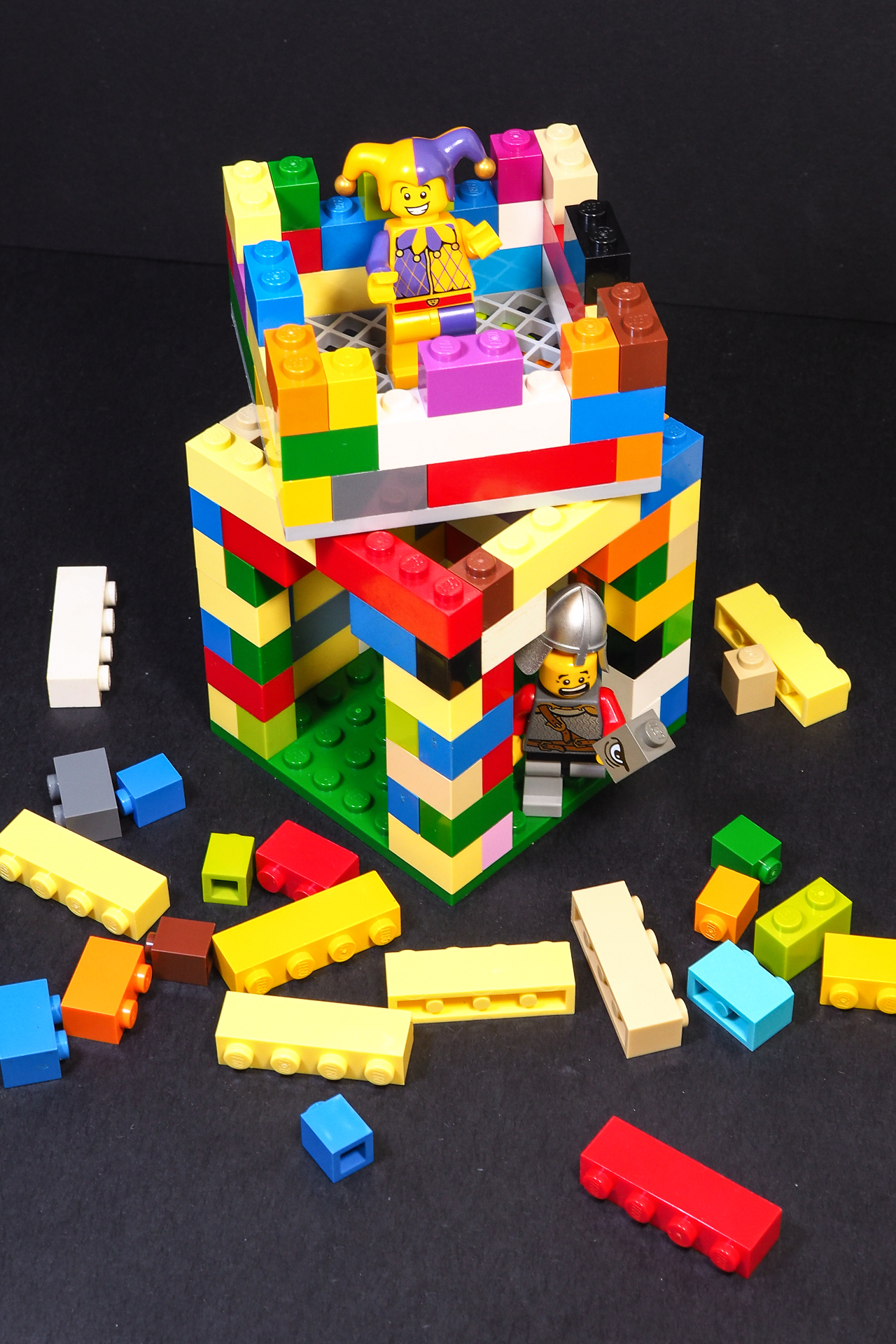 I then started to think of a modular design. Something like the Creator modular street sets, but on a much smaller and more simple scale. In the beginning I stayed away from watching YouTube castle builds, as I wanted to make my own design without other influences. I have since seen many videos on this type of MOC and am both surprised and pleased that others have come to the same conclusion. Modular builds make a lot of sense.

Now that I had an idea of what I could do, I started to trawl Bricklink. Unfortunately for me, I found out about the Bricklink 3D design software, Stud.io (even though it’s quite easy to find on the website) after about the first $200 worth of orders. This oversight resulted in a lot of re-orders and pieces that I didn’t end up using. I’m not saying you should use Bricklink or Stud.io, but I can vouch for the Aussie stores I used on this service, and I can highly recommend using software like Lego Digital Designer, or Stud.io to save you time and money.

In part 2, I will share with you my thoughts on Stud.io.