When Shelly announced the Six Image Narrative challenge, I thought: “I suppose it’s not easy but I will give it a try.” Four narratives later, I wonder what exactly attracts me to this format (or genre). Here is a couple of answers I have been considering:

1. The Six Image Narrative is short – but not too short

A six image narrative has just about the right length, although I admit that I often feel I only need five images to tell the story, and although I usually lean towards series with uneven numbers: Is this my sense of symmetry, or a-symmetry, or is it because the classical drama has five parts?

Be that as it may – six image narratives are neither a small projects nor large ones. They are long enough to require some sort of storyboard but you hardly lose sight of a single scene, hence you can focus on details. It is an effort, but not overwhealmingly so.

Plus, they are great for the medium we use to present them: the internet. You can read them by just scrolling down, and you can read them fast … though fully understanding some pictures may take its time. There are some narratives I keep going back to.

2. I’m used to series, but now what counts is sequence

I believe many German photo amateurs are somewhat influenced by the so called Düsseldorf School of Photography, where a lot of attention was payed to presenteing series of pictures. I am no exception in that I’d rather make series than individual images. Those series could be defined by style or subject or both. But time was never a factor. The six image narrative adds a temporal dimension, turning my series into sequences.

Time only became an issue when I turned towards the narrative which is, essentially, the linking of two temporally distinct actions or events. Take the two pictures below. They can be the beginning and the end of a narrative. It is the narrator’s task to get us from the first to the last, and it depends on his (her) capacity of telling a good tale if we are convinced: Does walking ahead in the first picture take our heroine to a world of giants? And what became of her companions? As long as the reader understands it is all happening within the same story, almost anything can function as a beginning or an end. You only have to have an idea how to get ‘there’ from ‘here’. 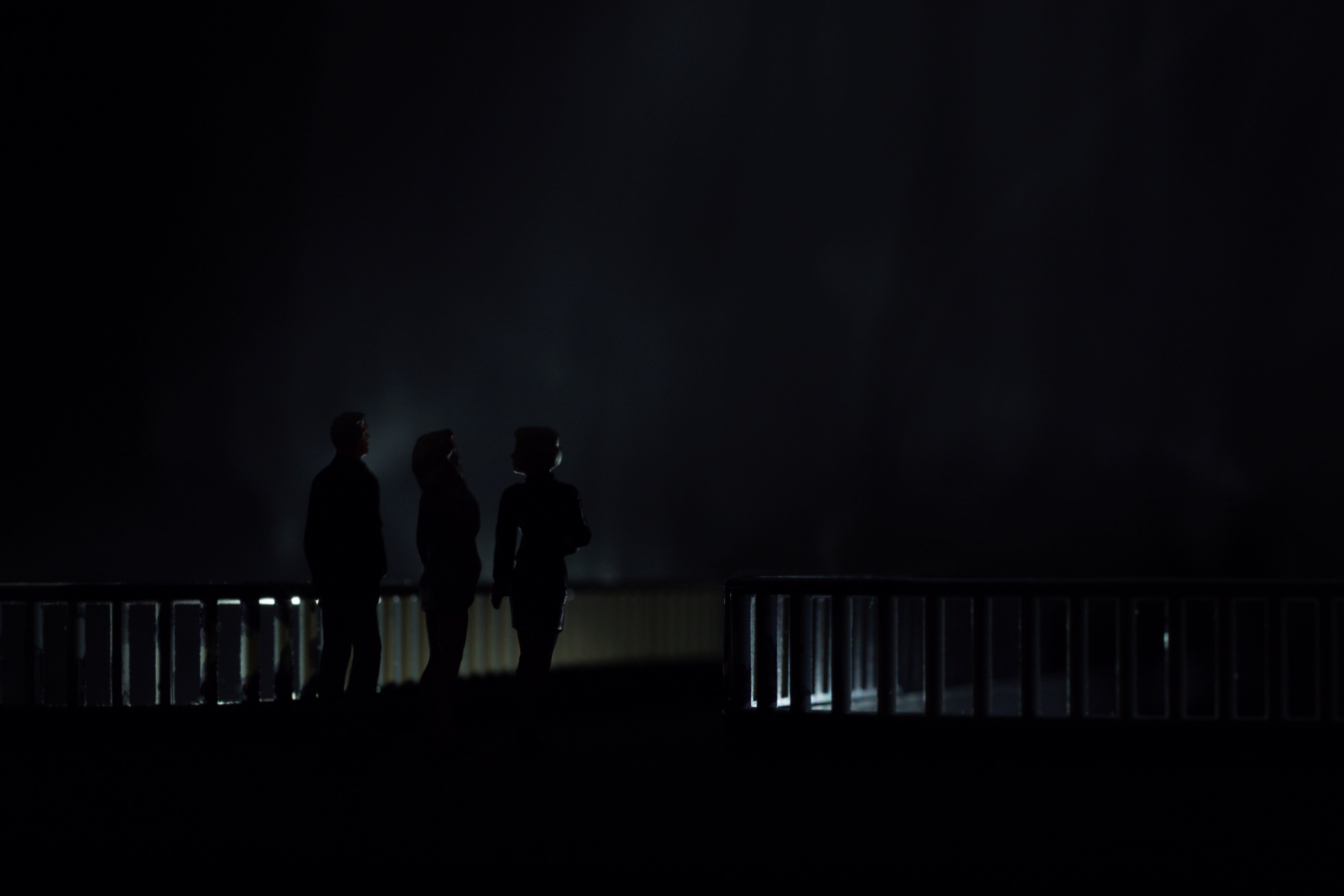 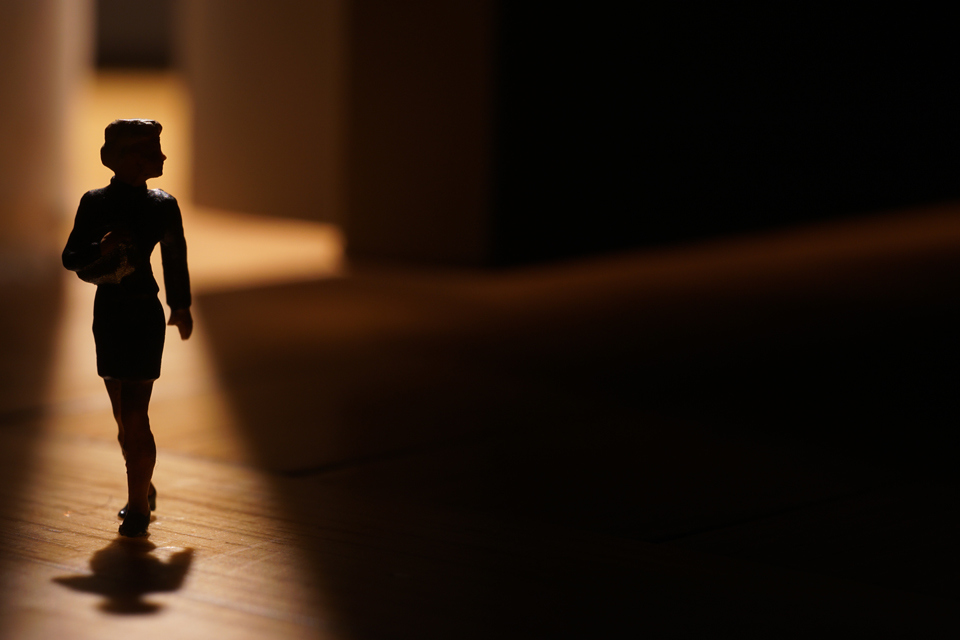 There are similarities between the six image narrative and a movie. You have to decide on plot, characters, and locations. You occasionally employ special effects (just take the time to read through Tourmaline‘s post on this topic). It is always sufficient to make believe. Unlike a model builder, you can confine yourself to setting up a single wall – and there you have the building you need in the background.

Essentially, using a camera to produce the image connects the six image narrative to movies. It’s the means of production that calls for the similarities. But I’d like to look beyond production, at the way the story is told. 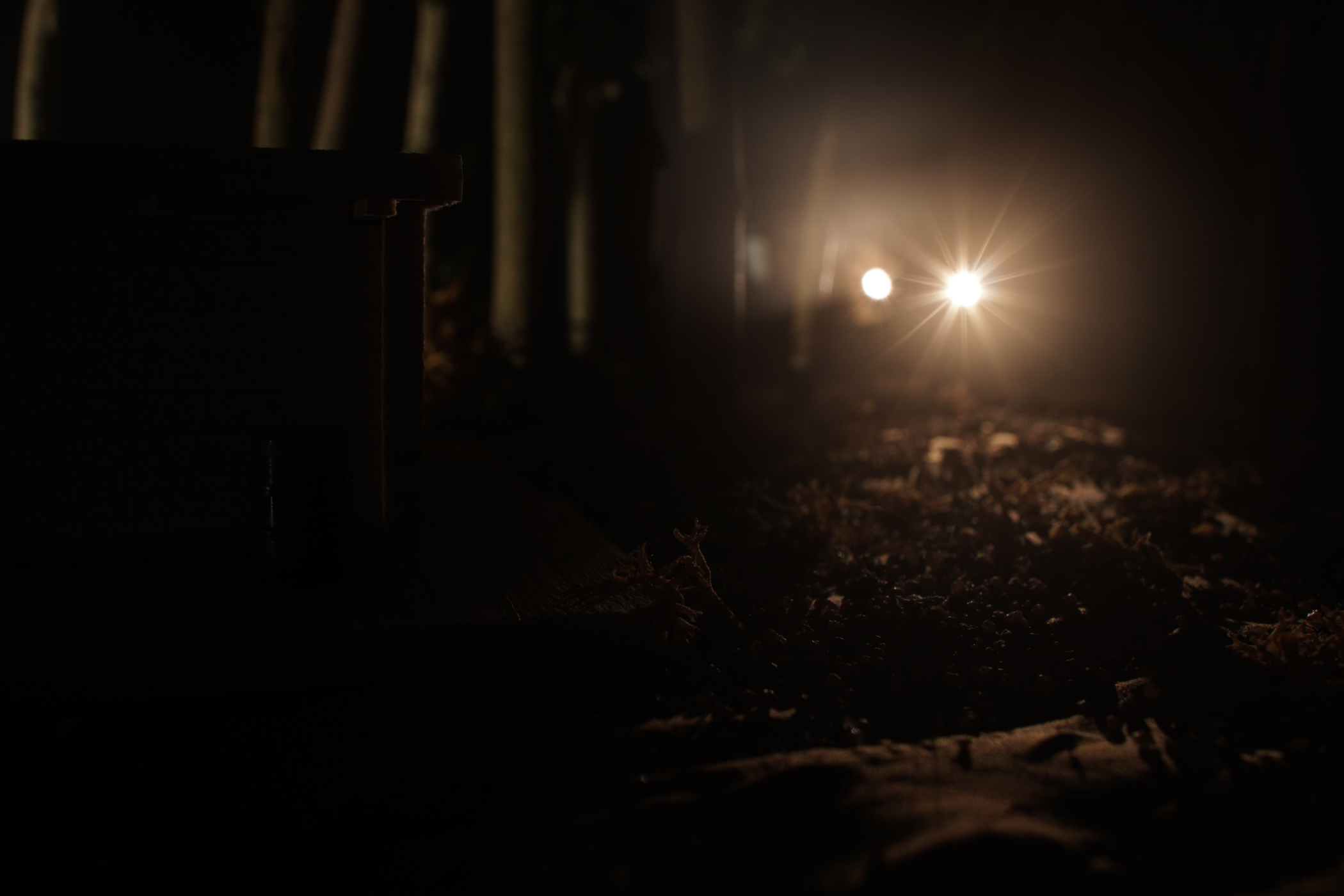 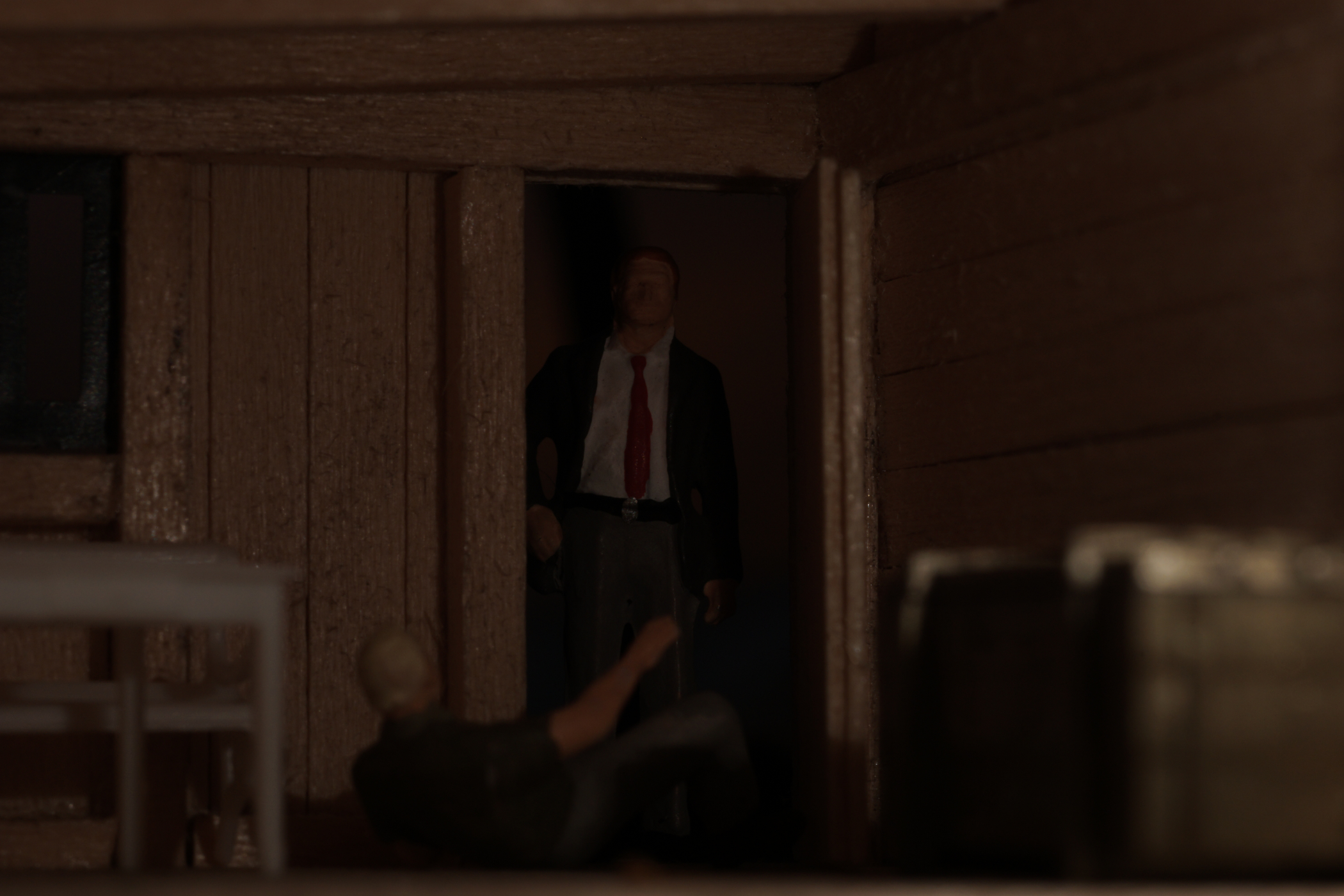 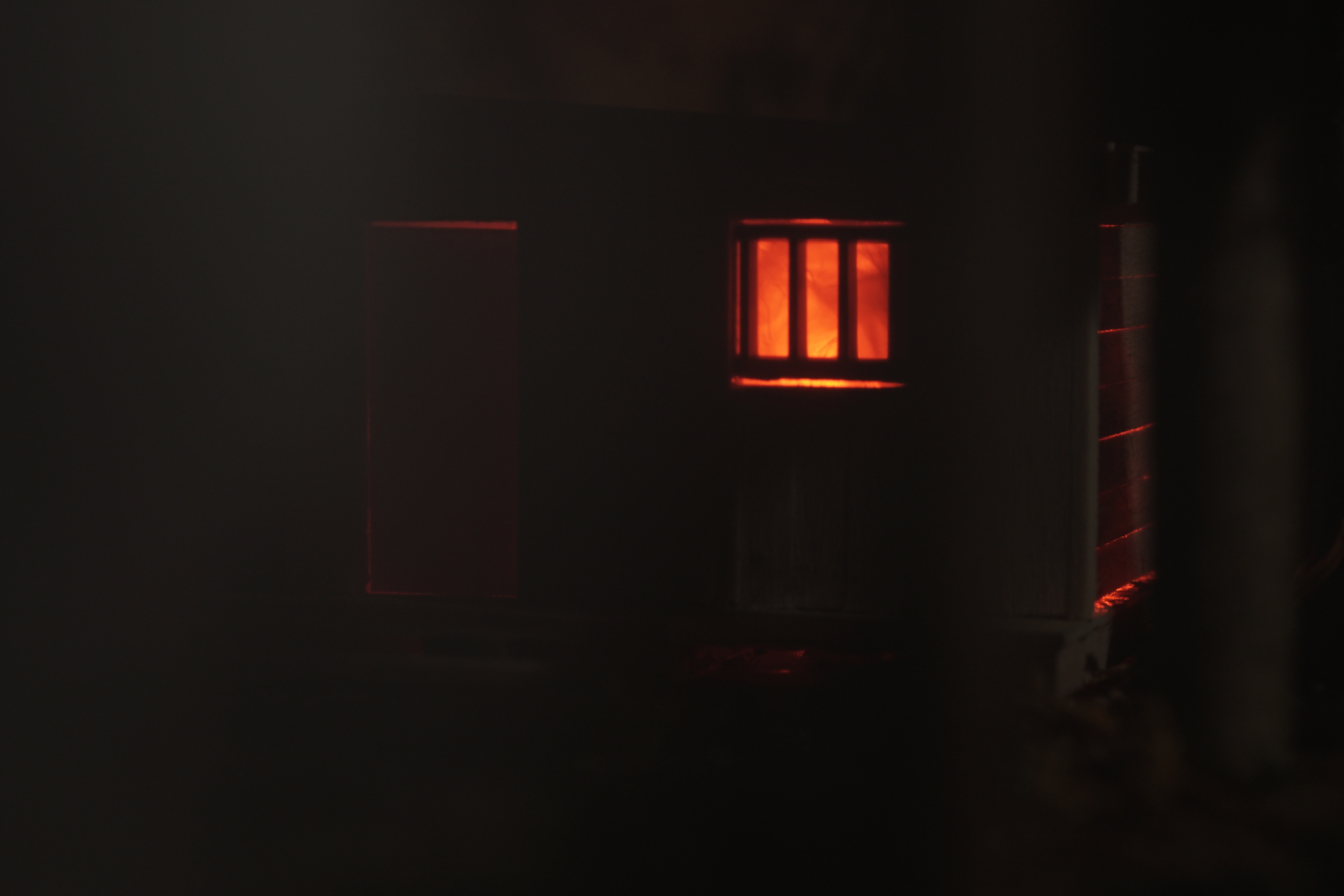 Graphic novels and comic strips tell the story in “juxtaposed pictorial and other images in deliberate sequence, intended to convey information and/or to produce an aesthetic response in the viewer” (Scott McCloud, Understanding Comics. The Invisible Art, Northampton MA, Kitchen Sink Press, 1993: 9). This is exactly what we do in a six image narrative!

Let me just dwell on one thought, inspired by McCloud’s comic: In the chapter “Blood in the Gutter”, he analyses the things happening between the pictures. The gutter is about the things that you do not show. Skipping from one picture to the other, you leave them to your viewers’ imaginations.

The gutter – the white parts between our pictures in the six image narrative – bears on the treatment of time. It somehow defines the temporal gap you have to jump when you proceed from one picture to the next – is it a second? a day? a year? How do you make your audience fill the gap with the appropriate amount of time?

How do you imply the plot’s missing pieces? You define the ‘openness’ of the work through the gutter. Do you spell it out or do you make your audience think? I tried to visualize this with the sequence above. What happens in the third picture? Let’s say I succeeded in showing there’s a fire… Do you see the guy from the second picture trapped in there? In that case it would have been you, the audience, who got him into the fire. If I had wanted to leave no doubt, I would have added the picture below instead – but that might have changed the genre from mystery to thriller. 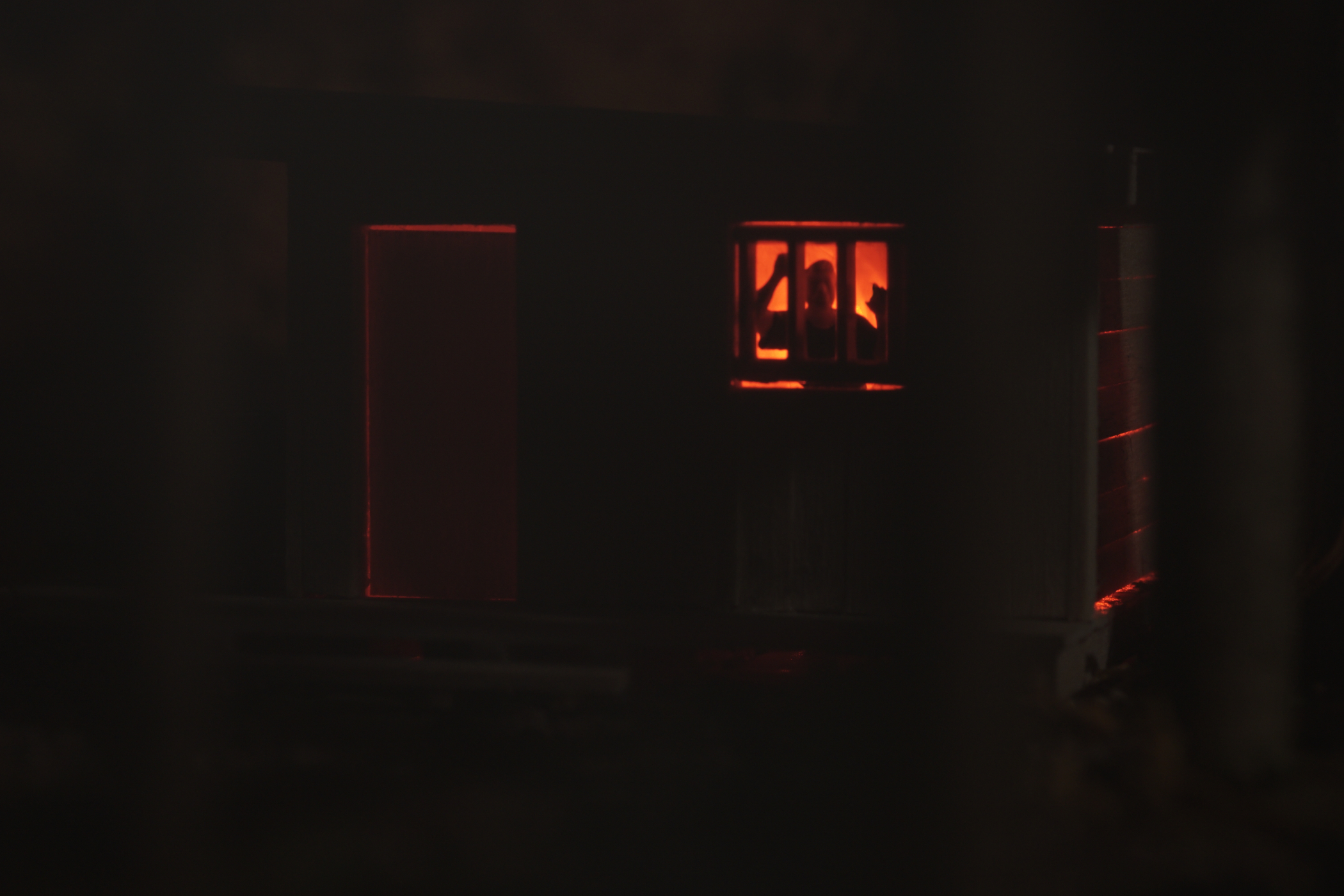 Any more reasons for liking the six image narrative? Looking for the growing collection of fabulous narratives right here, I realize there is on more point I’d like to mention. I love everything that has to do with variation, from mystery novels (which usually follow an identical underlying plot model) to Jazz music (which is all about playing the same song in a differnt way). We always depart from the same idea – in our case, telling a story in a sequence of six images. And then we tell a vast number of different stories.

Shelly, thanks  for providing this idea, planting a seed that bears so many enjoyable fruits!