If you’ve ever been to the Pacific Northwest, you know how prevalent the rain is. Statistically we’re not the rainiest part of the country. We get less then 40 inches of rain a year, compared to New York’s 50 and Alabama’s 70. But what the PNW misses in volume it sure does make up for in duration!

From October to May, it rains almost every single day. Sometimes, if we’re lucky, it even snows! While I’m on record as being a fan of the gloomy weather and someone that primarily shoots indoors, I’d be lying if I said that I wasn’t starting to get a bit stir crazy!

I suppose I could always shoot in the rain, but that comes with its own set of problems that I honestly haven’t had the energy to deal with. So, when I woke up this past week to see a rare cloud-free sky, I jumped at the opportunity to pack up my camera bag and get shooting! 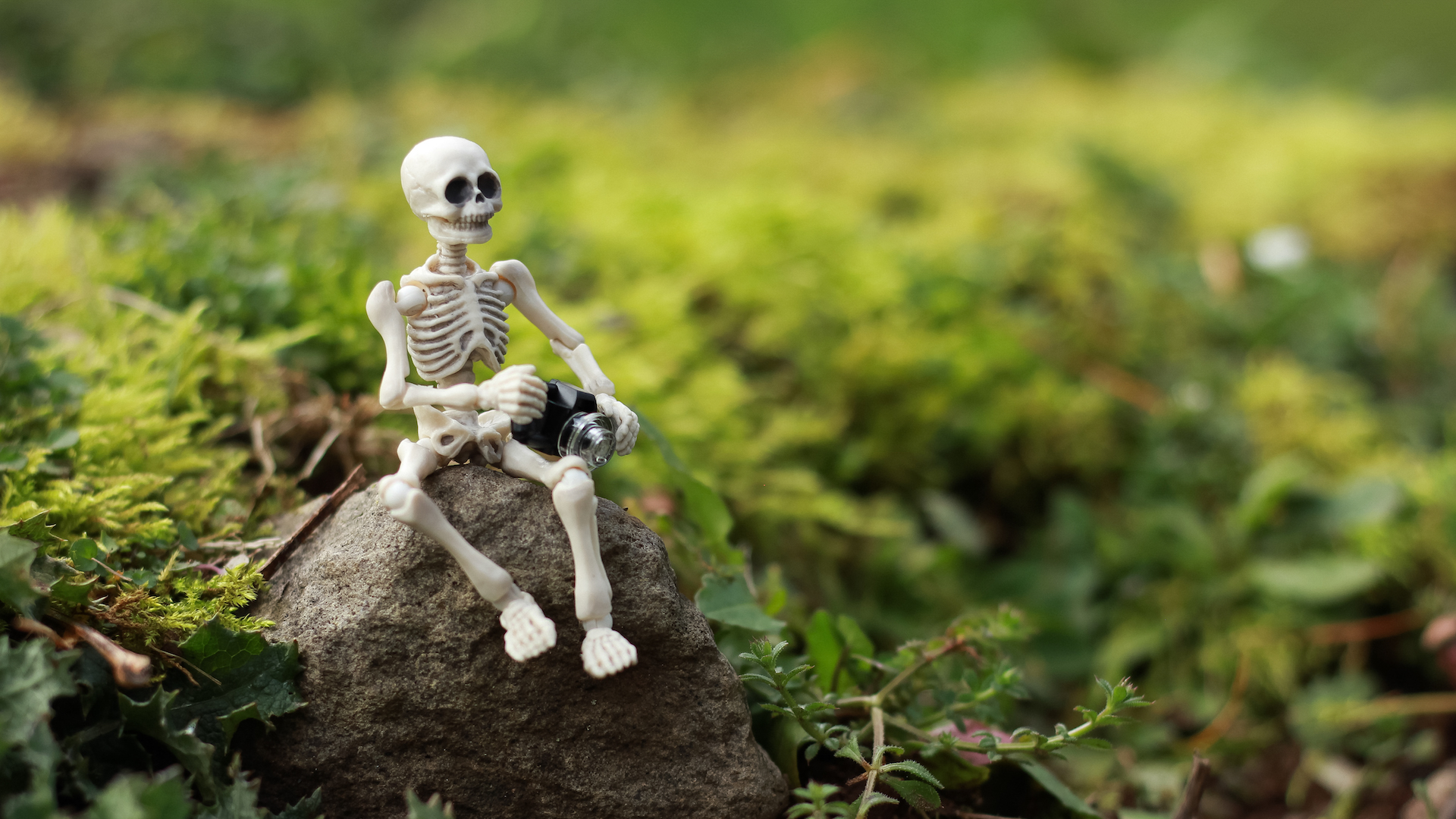 I’ve been daydreaming of a sunny photography adventure for quite some time, so coming up with photo ideas was easy. I wanted to specifically take advantage of the bright light and green grass, and ventured out to one of my favorite spots – a gazebo and green field around the corner from my apartment. 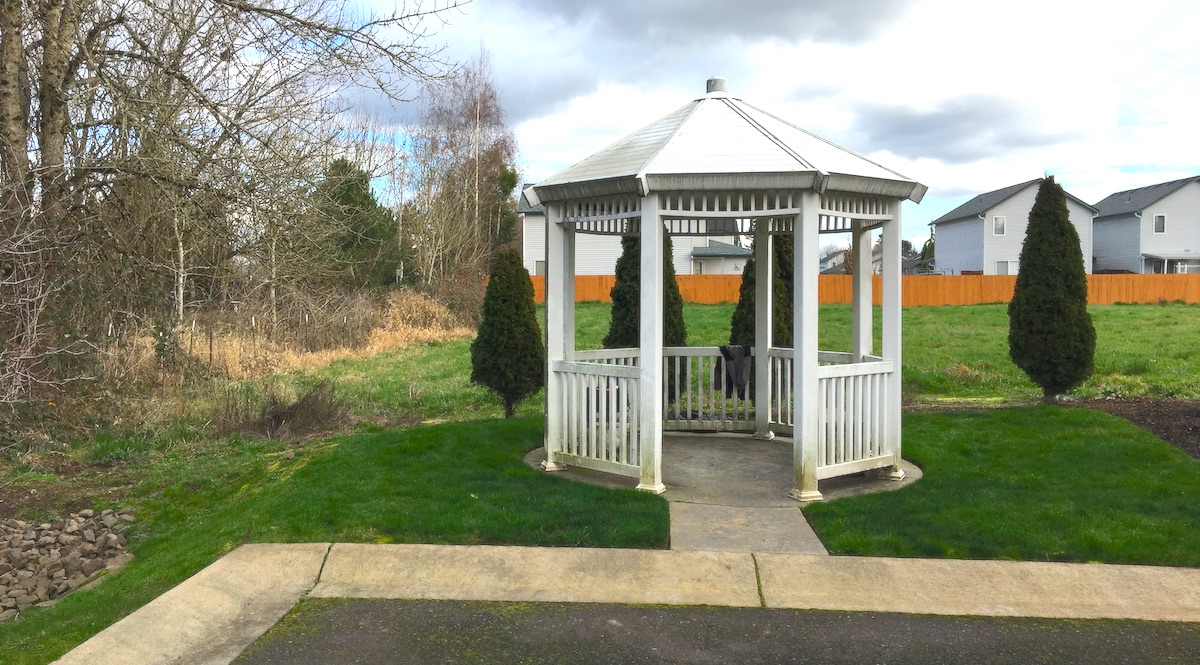 The gazebo itself is a great spot to set up. There are two benches inside where I can set my things down and unpack my toys. As you can see, there’s a lot of green around and behind the gazebo, and to the left there’s a ditch that is not only similarly green, but is often waterlogged. Even farther out is a larger body of water, which this time of year is absolutely swarming with Pacific tree frogs that croak loudly all night long. 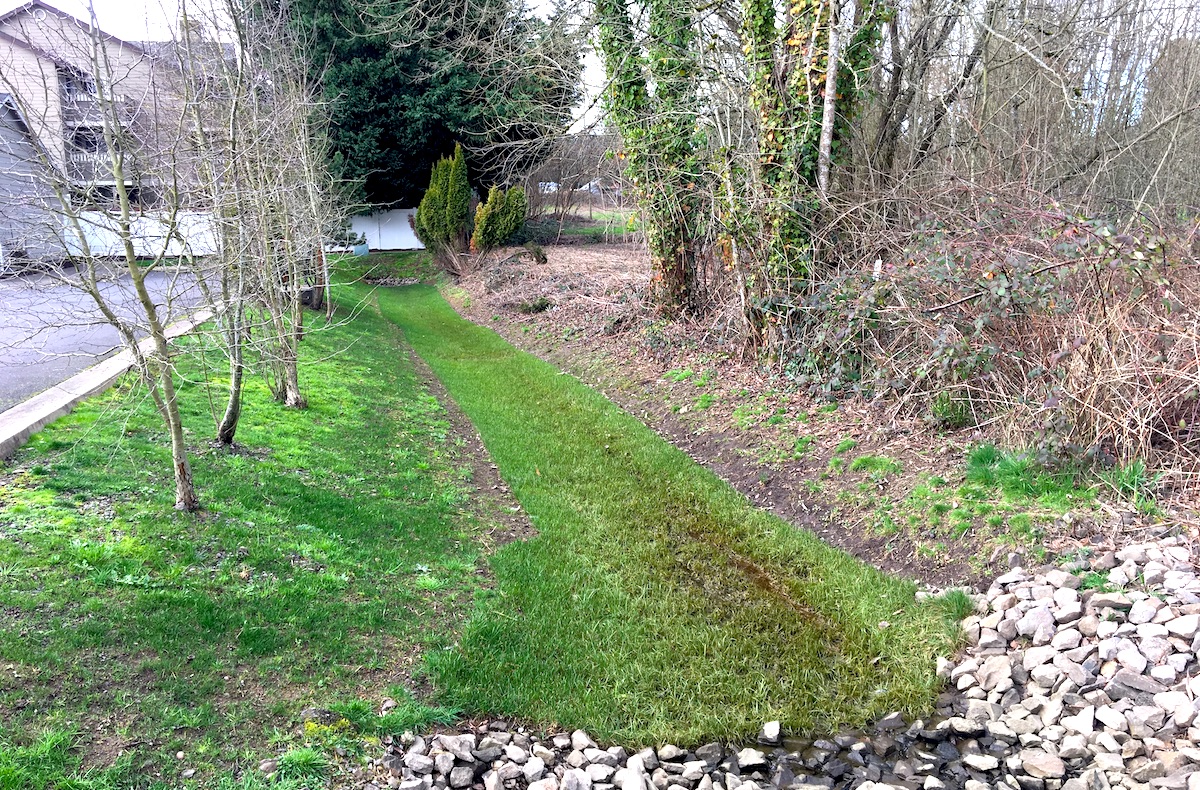 I love this spot because I have a handful of landscapes at my disposal. I can walk away with a wide variety of shots despite shooting in one small location.

It felt so invigorating to be outside in the fresh air, and to see lush green tones in my viewfinder. I may have been at the end of a cul-de-sac, five minutes away from my apartment and surrounded by reminders of civilization, but once I began shooting the world around me seemed to disappear and I got lost in the excitement of my plastic subjects’ adventures. 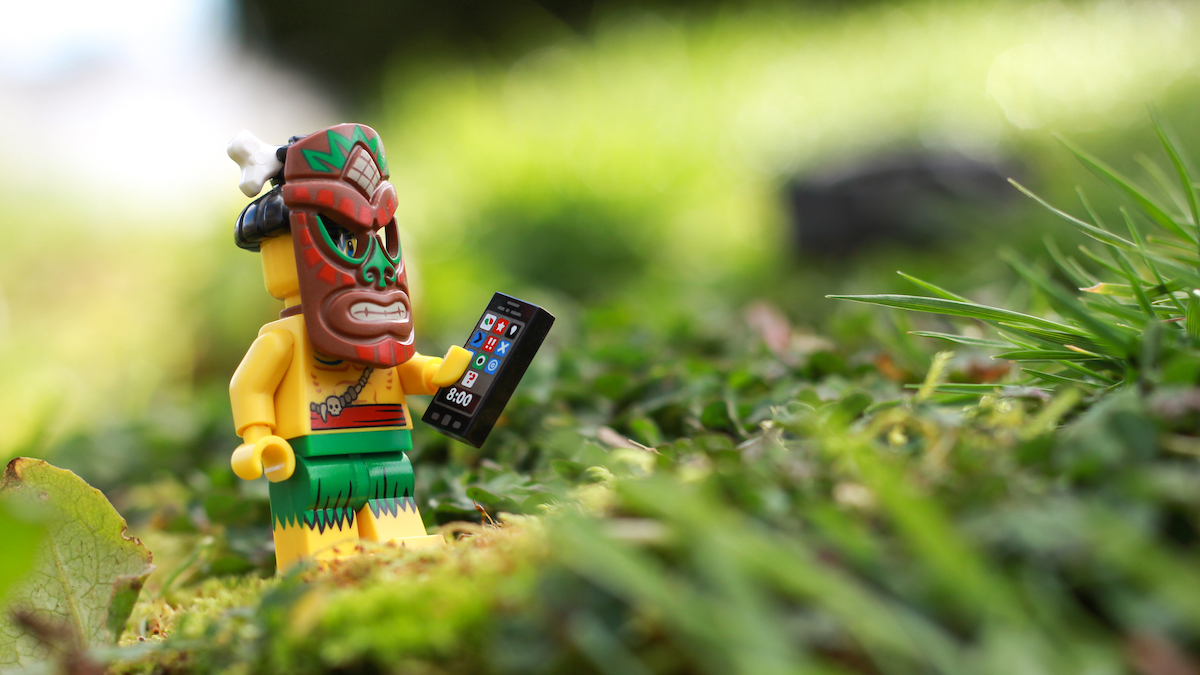 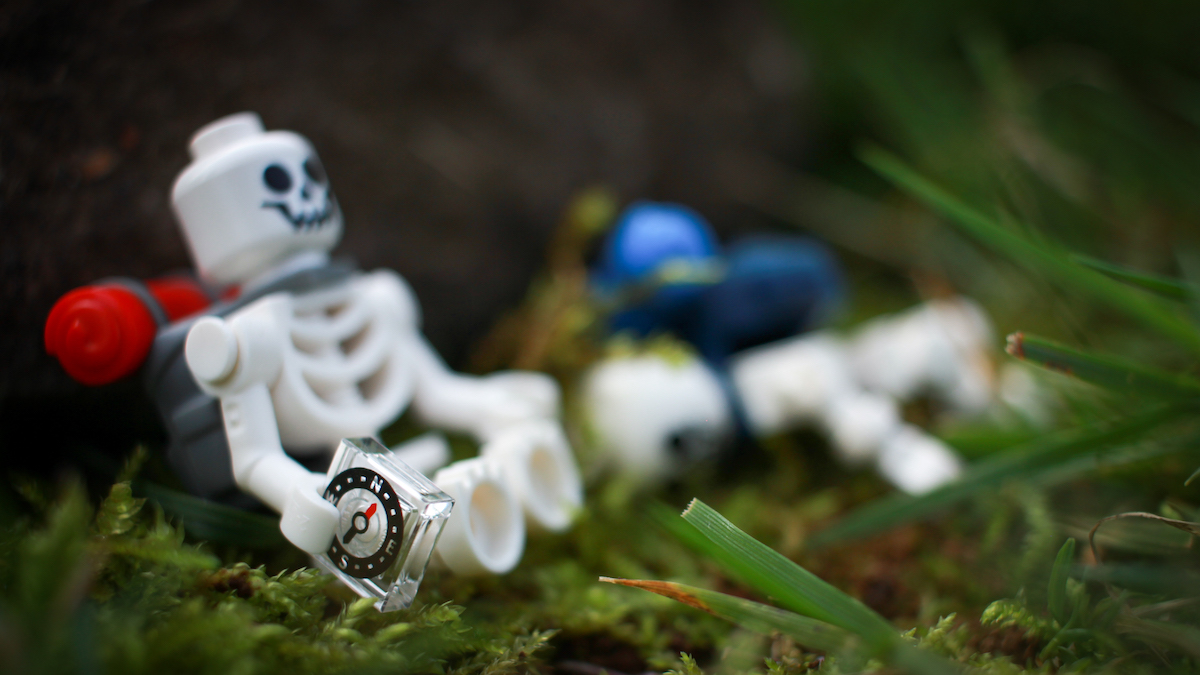 “No, we don’t need to ask for directions…”

Like Brett, I try to avoid shooting in the grass when I’m photographing outside, because it isn’t properly proportioned to minifigures or even 6″ action figures. Perhaps it’s the time of year, or maybe I just got lucky, but there were plenty of patches of grass and greenery around the gazebo that were short enough to sell the illusion. 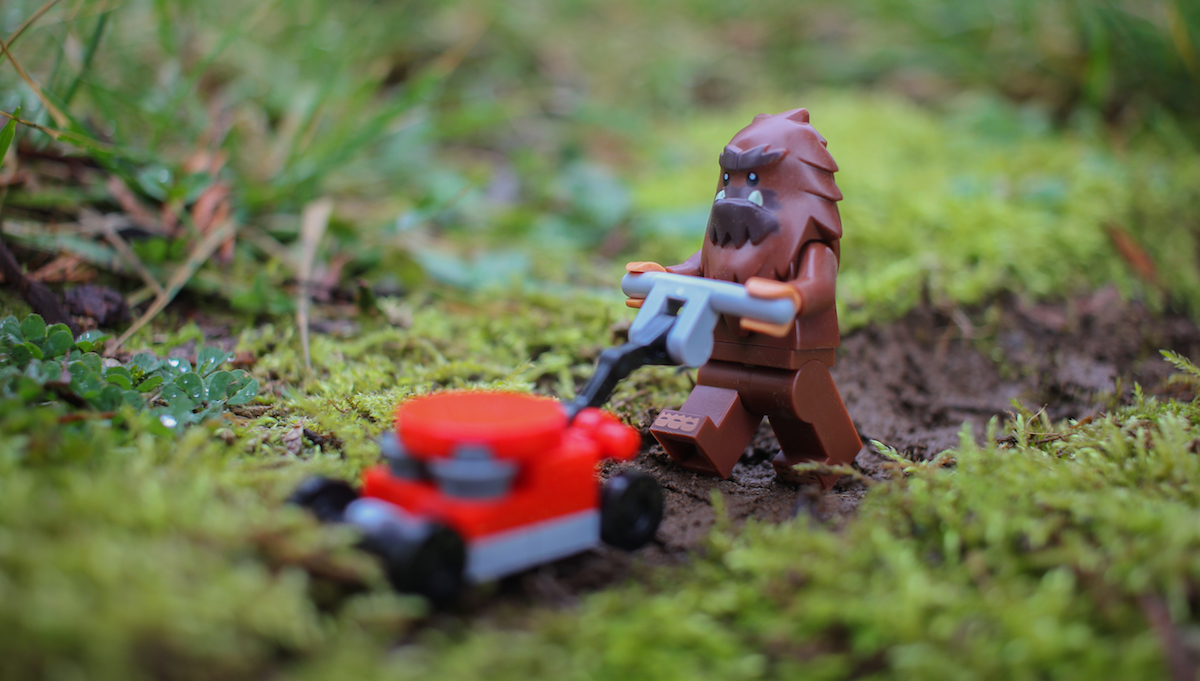 Because it had been raining so much recently, the ditch next to the gazebo did have some standing water. There are big drains on either side of the ditch, hidden behind piles of rocks. I used these to my advantage as well, and was amazed at how differently my photos began to look from those shot just a few feet away. 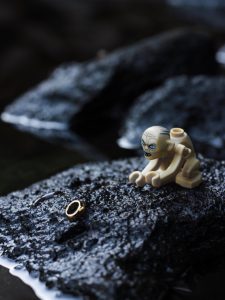 I spent nearly two hours on this outing, and left with quite a few photos I was happy with. I’m glad that Spring is just around the corner, because it means that more sunny adventures are ahead!

Do you have a favorite spot to go photographing? Tell me all about it in the comments below!