When I decided that this year would be a fallow year for my photography, in terms of not picking up any major projects or forcing anything to happen, I knew I would probably need to spend some time looking back on where I have been over the last five years (holy moley, FIVE years?) in order to move my photography forward.

When I hit my 1000th post on Instagram this week, I knew it was time to start this process.

Whilst I spent a little time navel gazing in January about the year just gone, and whilst I shared My First Toy Photo with you back in 2016, I thought it was time to take a little walk down memory lane at the last five years and see just where I have come from.

To do this, I will look back at my Flickr account to this same week in February and see what photos I took, challenging myself to think about how each year my photography changed.

Back in 2013 I had only just bought my first LEGO minifigure. I had just started an iPhone (4s) 365 project and was taking photos of everything around me. I didn’t even have my DSLR at this point! LEGO minifigures started to appear around mid-February. 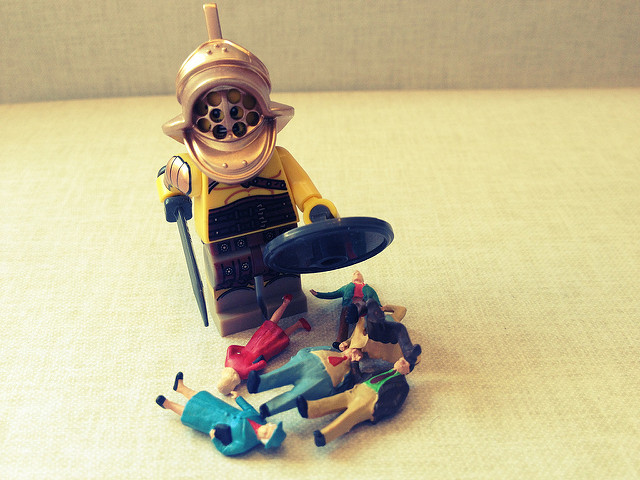 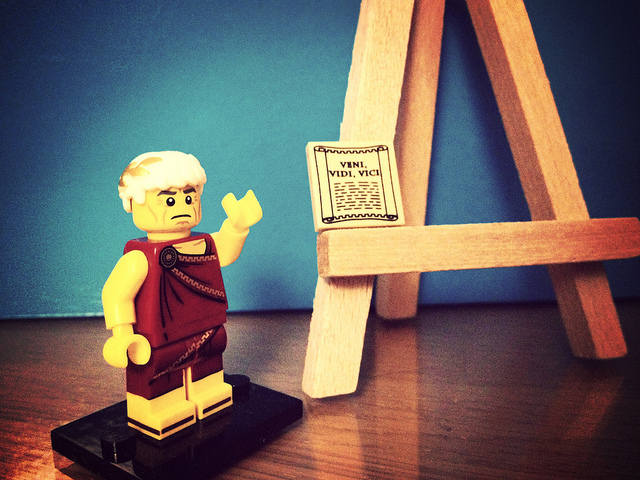 The overwhelming thoughts I have about these pictures is how grainy they are! Obviously the iPhone 4s wasn’t the best camera at the time, and it’s amazing how much phone cameras have improved over the last five years! My style has also changed considerably from taking photos with paper backgrounds (and base plates!) to thinking more about locations for photos. These photos, especially the second one, really make me cringe!

By 2014 I was much more into LEGO! I had my sigfig in regular use! This is also the point I started doing more of my photography outside, rather than using paper backgrounds, although I continued that for a lot of my photos. You can see how the rest of 2014 went in my 100 LEGO photo project album over on Flickr. 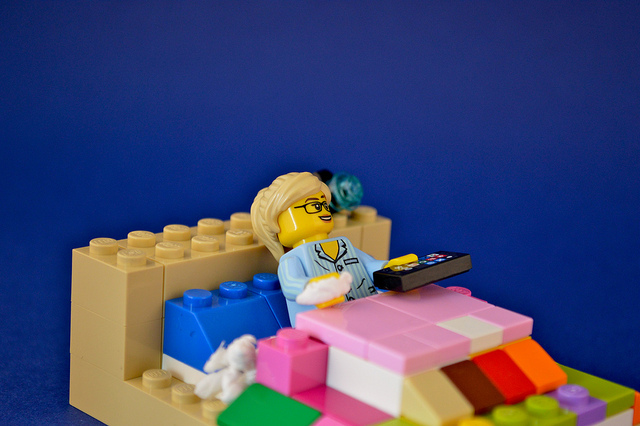 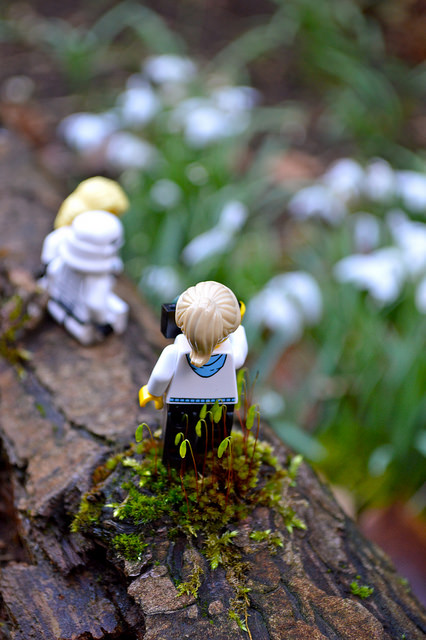 Whilst I do love the ‘snotty Sunday’ photo, the clean blue background bothers me considerably. The second photo is much more consistent with the style I use to shoot most of my photos today. I even still shoot on that same log when I get the chance! Not so many snowdrops this year!

In 2015 I did my first toy 365 project, featuring a different figure each month. February was Yeti month! 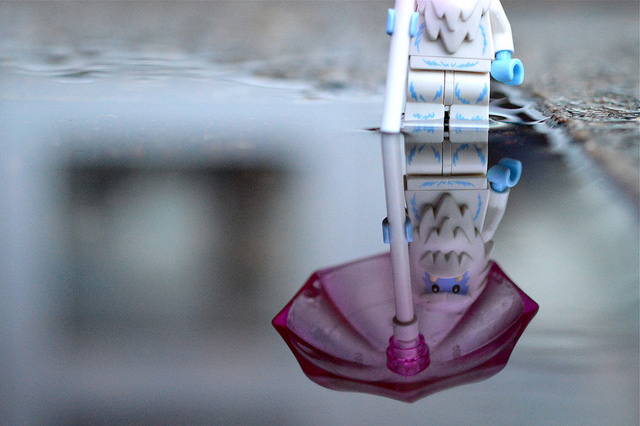 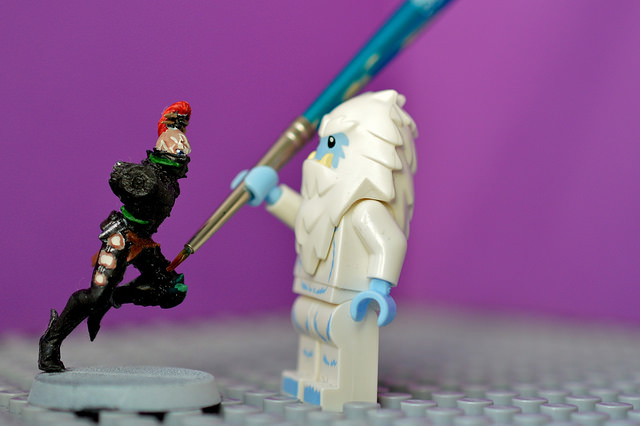 The first photo is one that I would take today, although I think I have a better understanding of lighting and post-production tweaks to make this nicer. Bringing the angle down a fraction would also be preferable.

The second photo concept I love, but WHY did I use the board? Probably to make the yeti stay standing, but there are other ways to do this. I may have to repeat this idea and see what I come up with today! Maybe I need to make a mini artists studio as a background. I don’t take many photos like this currently. I tend to keep everything more natural, but maybe I should do some repeat experiments.

In 2016, I did a more varied 365 project, which ended up still including a lot of toys! This was the year I started trying to push my photography and really started focusing on toy photography more as art. There was some of that in 2015, but I would say this is when it got much more serious! 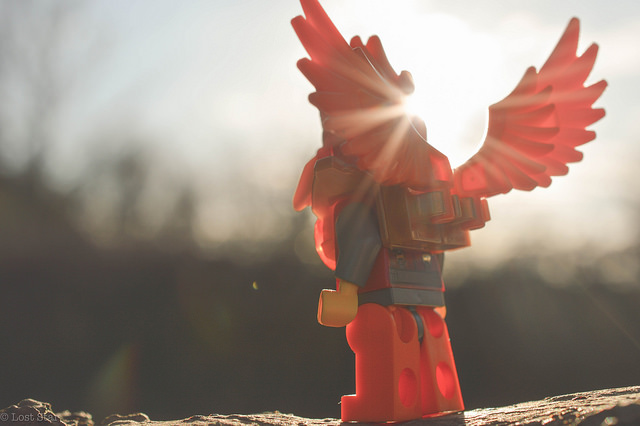 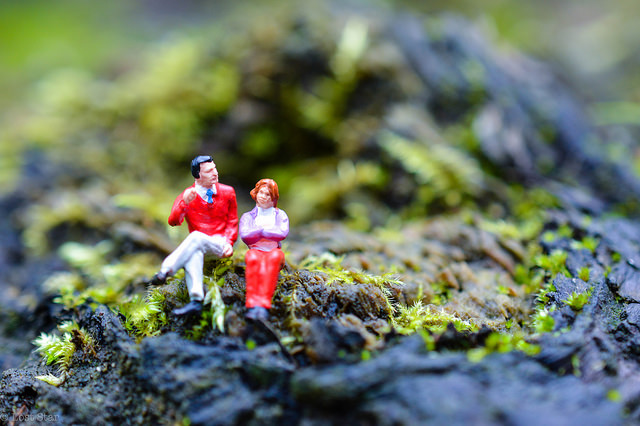 Playing with the light in that first Chima shot was possibly the first time I had tried shooting figures in front of the sun to create flares. It starts to show the soft tones I now prefer, and is of course taken on my apple tree branch! The crop on the photo bothers me a little but overall I still like the photo!

This week in February I also took quite a few shots of my Preiser figures. I really like this one although I think I should have made the crop a little tighter to focus on the figures more.

2017 was the year of the epic and most difficult toy photography 365 that I had done. It was also the year that I really started settling into some kind of photographic style and playing with more than just the figures. These two photos were some of the very early ‘series of objects’ photos that I took. 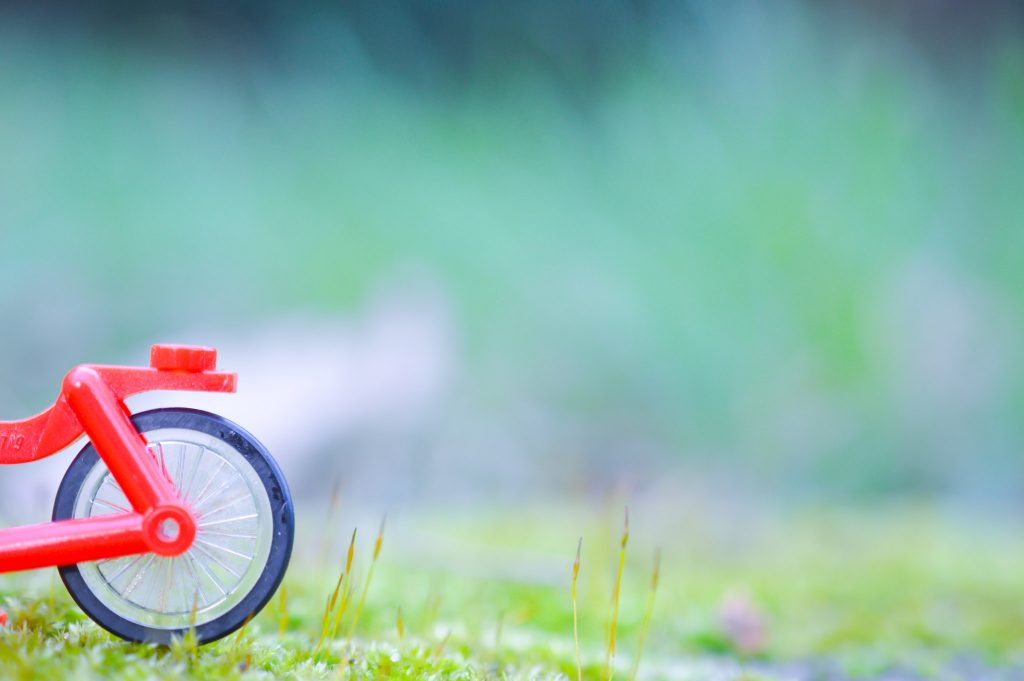 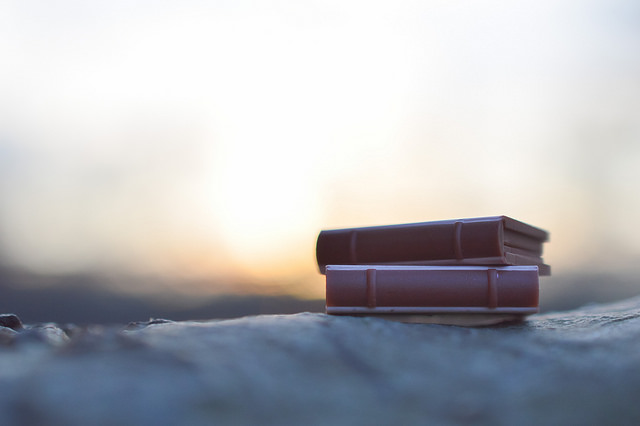 That bike shot is one of my favourite shots from last year, which is interesting when I think about how early on it was taken. I love the pop of red against the green. I think I might try to play more with primary colours and making contrasts over the next few months. I like the uncluttered feel to it. I also love the simplicity of the books, and the slightly hazy feel to the photo soothes me in an odd way.

There’s no point doing a run down memory lane without having a comparison so here are two photos from this weekend’s photo session. This year I’ve definitely been shooting more in portrait and my love for softness is only growing. 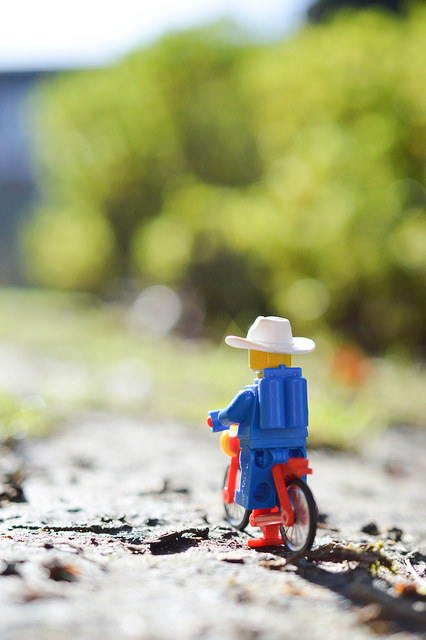 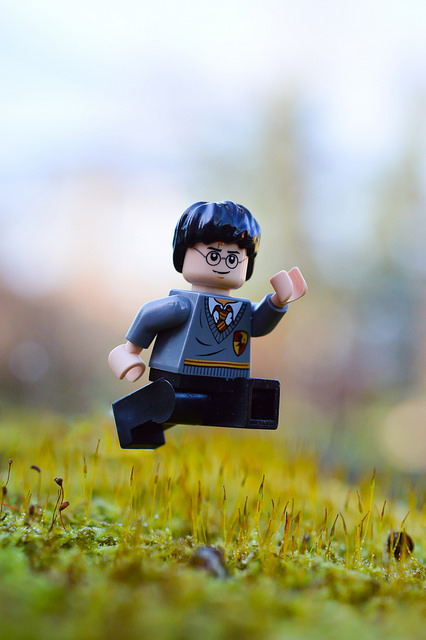 These two photos were both taken last Saturday morning whilst the sun was out and I was being chased around the garden by a red robin. The first was taken for #spacecowboysaturday whilst the second was taken to show how happy I was about the Harry Potter set announcements.

In general I’m pretty happy with both these photos, although I found the photoshop touch-up required frustrating. I’m certainly more of a shoot and go kind of person. Lots of post-processing is really not something I’m keen on!

Have you taken a walk down memory lane recently to compare how you toy photography was, to where it is today?

It’s a scary exercise, and a little cringe-worthy at times, but I think a worthwhile one. I can certainly say my photography has come a long way since 2013 and I’m looking forward to seeing where it goes now.

If you’ve ended up here, you should sign up to our weekly email round up where you’ll get a recap of all the babbling from the week.