I’m fairly new to toy photography. I only started about a year and a half ago. I’ve always been into collecting toys of all sorts but had not followed the toy photography scene at all. Years ago I stumbled upon some comical 3.75” Stormtrooper images on the internet which I thought were fun, but I had not yet seen many Lego minifigure photos.

I took my first stumbling baby steps photographing toys in spring of 2016. It was without any plan or theme, just randomly choosing figures I liked, including 3.75” stormtroopers and some LEGO minifigs. In the early summer of 2016 my wife and I took a trip to Budapest. Before going there I got an idea of taking a vintage LEGO spaceman minifig with me. I had still not discovered the phenomenon of taking toys with you on trips and I thought I had come up with something original. No one has seen a red spaceman traveling the world, taking pictures while doing it. Right? How wrong was I and how little did I know back then.

The red vintage spaceman became quite important to me and I took shots of him here and there, always a bit embarrassed while doing so. Despite the embarrassment, I really liked shooting and continued doing so, learning more with every take. More and more I noticed that I was definitely not alone doing this. Soon a whole mini world and an awesome community of toy photographers opened up to me.

On a sunny Saturday in October 2016 I put together the classic black and red LEGO car set from the 80’s. It was set #6627 that originally came with a basic fig that had the classic grey Stetson hat. After completing the build I wanted to take it outside for a quick shoot. But first I grabbed my favorite red spaceman and switched out the helmet for the Stetson hat. After I took some shots, did some quick edits on my iPhone, wrote the caption: The Return of the Space Cowboy and posted it rather quickly as I usually do. I thought it was a fun idea to mix a spaceman fig and a classic cowboy hat, the caption was also nodding towards a classic track by Jamiroquai. 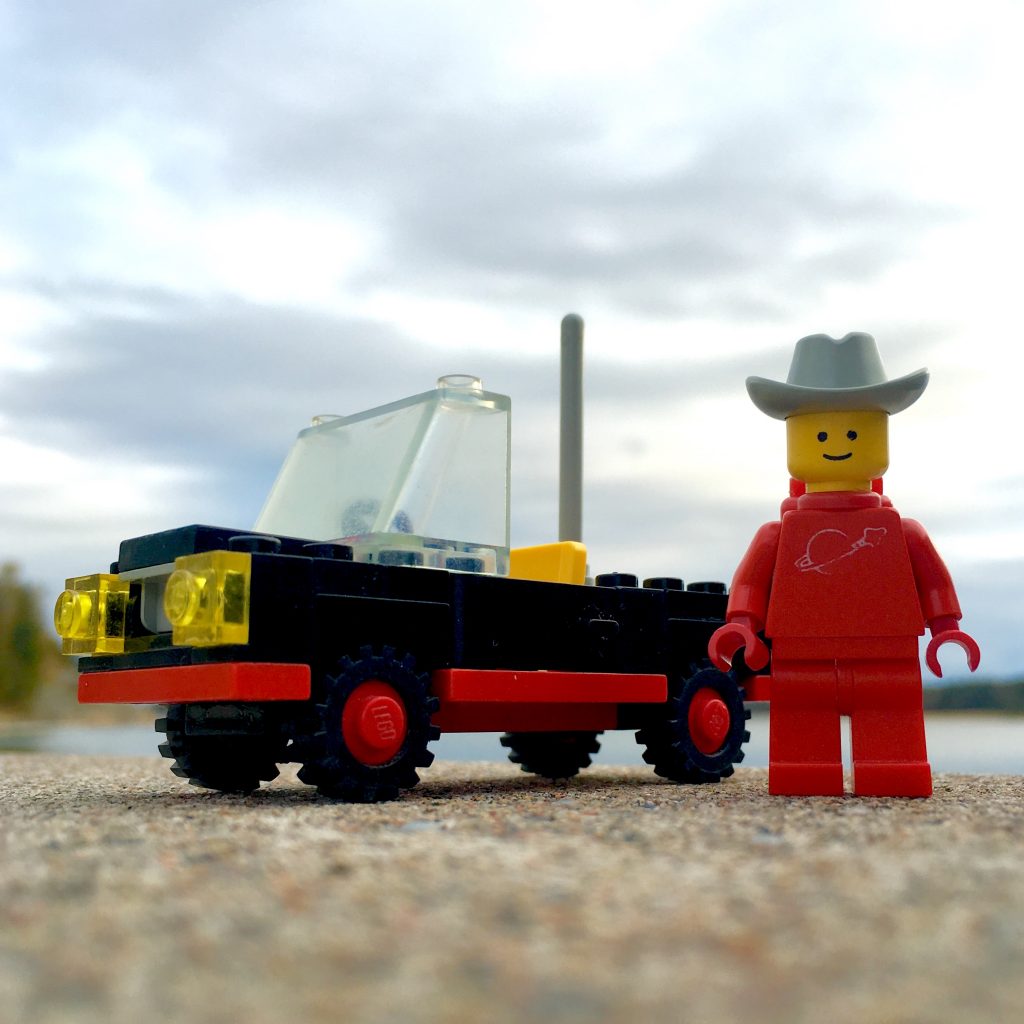 The image got a nice amount of attention and one of the first to make a comment was @herrsm. He was the one who wrote the legendary #spacecowboysaturday hashtag in the comments. I thought it sounded fun so I posted a second Space Cowboy image a couple of Saturdays later. Some fellow Lego photographers instantly picked up on this and posted their own visions of some space cowboys. @herrsm and @davirasm among the first ones. Not much later @iancockayne, @issogud62, @priovit and @thomas_thoresen_ joined as well and many followed. It was amazing to see how other interpreted the theme. This is what I love about the toy photography community, and especially the LEGO photographers. There is a mutual passion for these small quirky themes and hashtags. It feels great to realize that there are so many similar thinking people out there that can get as excited about these small plastic figures. 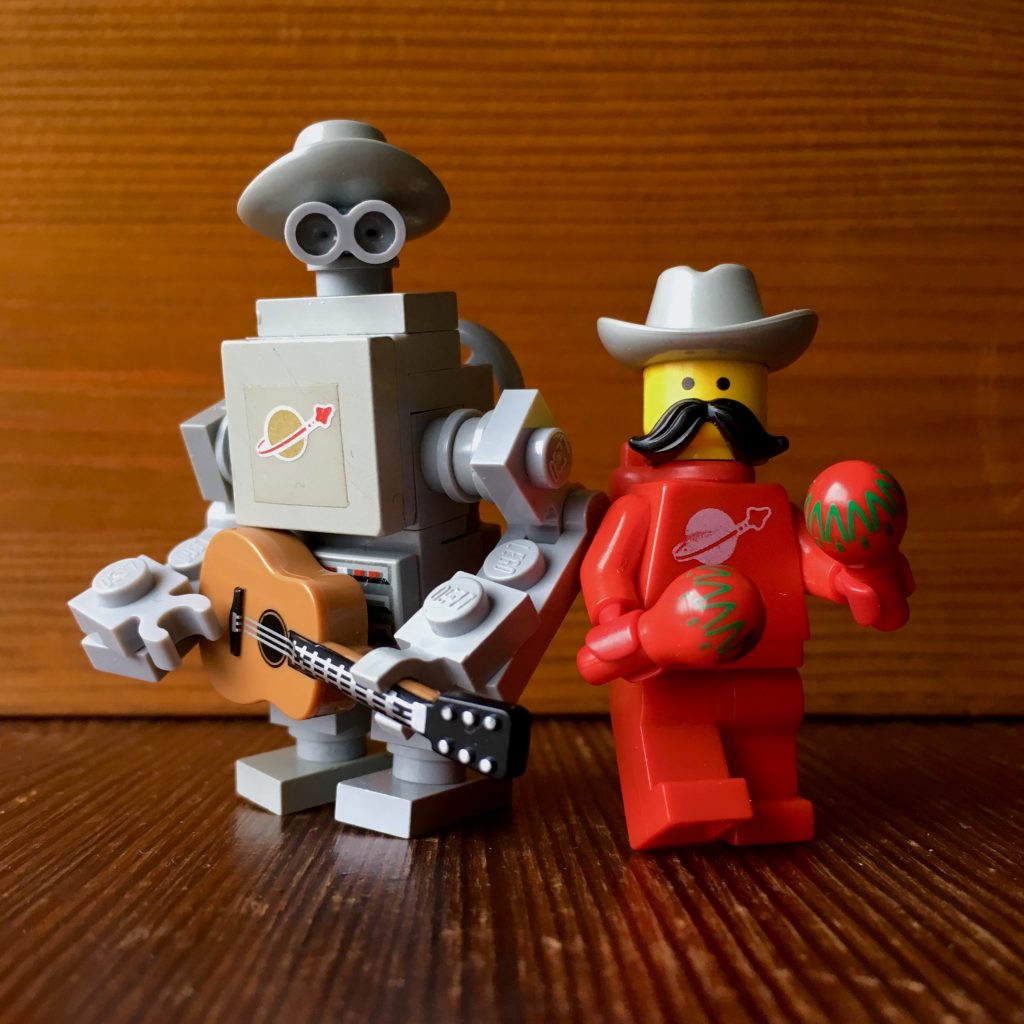 Over the weeks and months there was a huge amount of Space Cowboy activity all over the planet. Many superb images were posted by lots of talented people. The theme evolved in various directions but still kept the main ingredients: some kind of spaceman or alien, new or old, plus some kind of cowboy hat, new or old but preferably old, doing something. There were some discussions about the hat, can it be a newer version of the cowboy hat, or does it have to be a vintage Stetson? 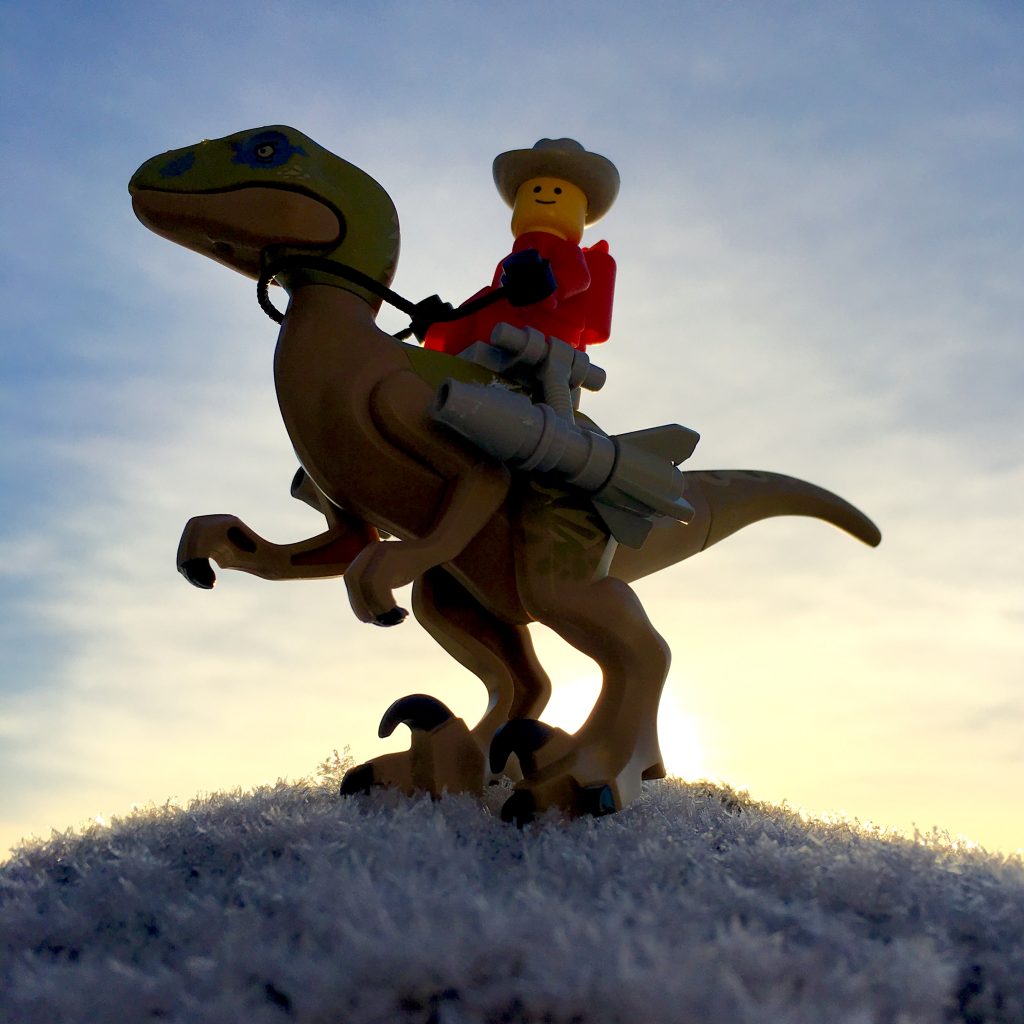 Now a full year later, over 260 images have been tagged with #spacecowboysaturday. Amazing! 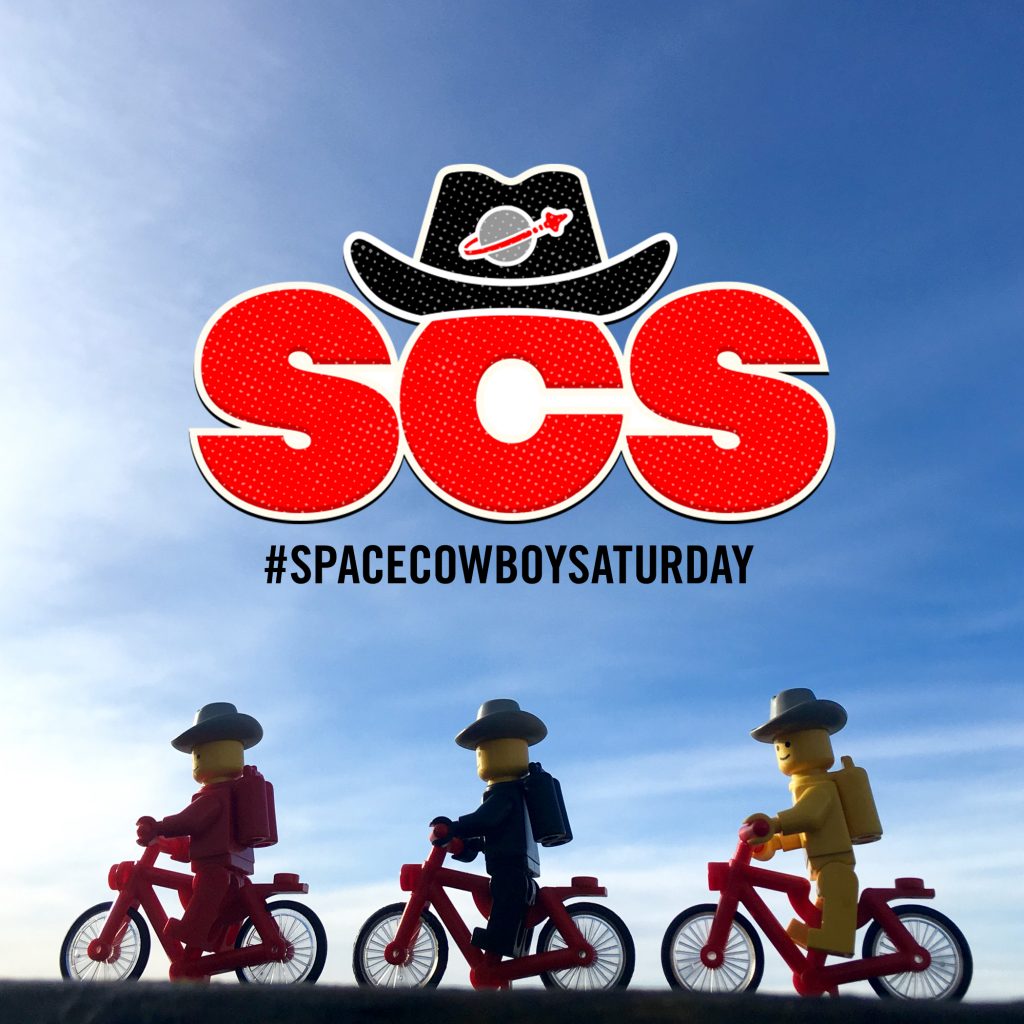 Little did I know back in the summer of 2016 when I swopped out the helmet of the red spaceman to a cowboy hat that it was gonna turn into this much collective fun. Sometimes the best things happen when you don’t plan too much. 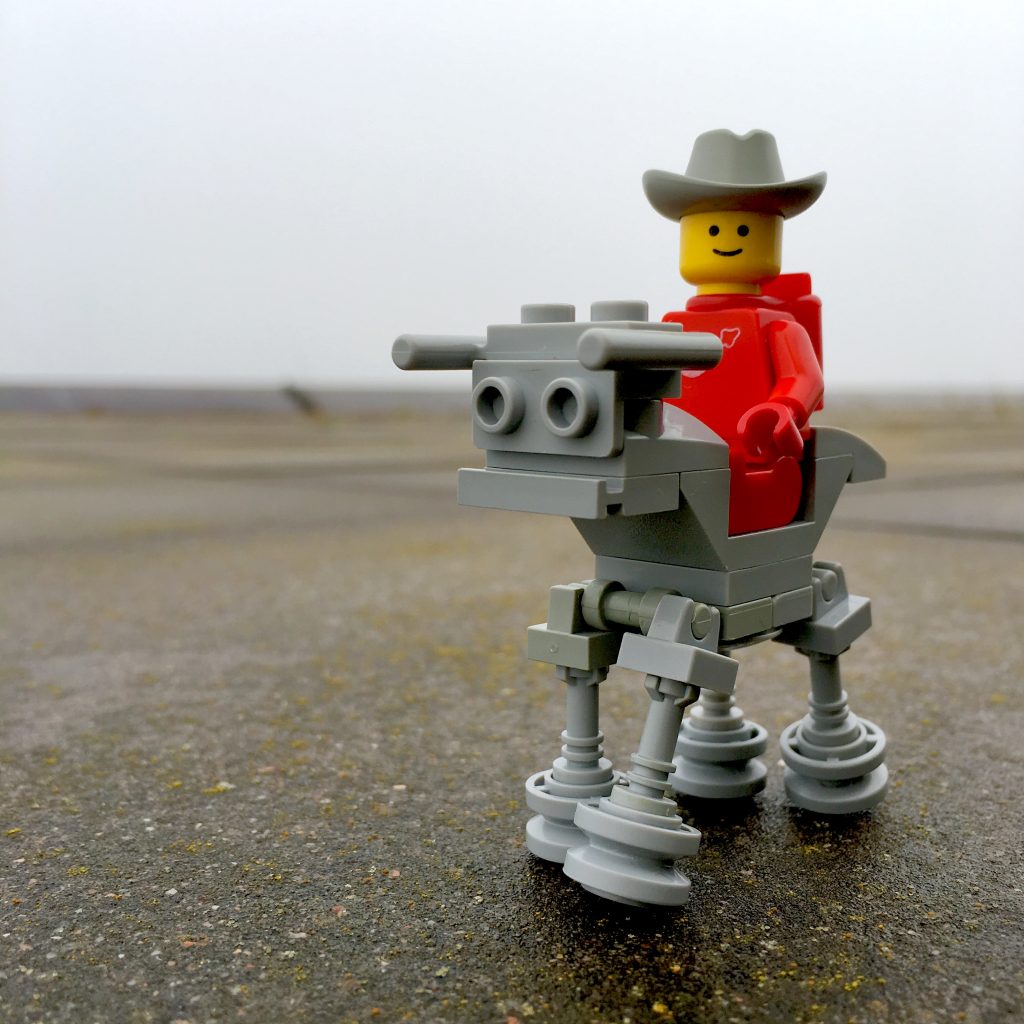 Lastly I want to personally thank everyone that has participated in this project, it would never had been such a fun ride without all of you guys and all the awesome pictures you have posted!

Do you have a story to share about your toy photography community? If you do, please get a hold of us through Contacts and we can work with you on sharing your own Instagram or G+ community story.

About the Author: Thomas Lundström