Firstly, thank you Shelly for inviting me to be a regular contributor. I look forward to coming up with materials to contribute to this blog. For my first piece, I would like to share my experience of doing talks and workshops on toy photography.

It all started at a local comic convention 2 years ago when a teacher popped by my booth and asked whether I would be interested to have a sharing session on toy photography with her students. Toy photography was one of the modules she taught as part of the art appreciation program in her school. I said yes without hesitation. This chance meeting motivated me to prepare a presentation that has since become indispensable for future talks.

It felt weird entering the school compound on the day of the talk. It was a nice kind of weird. The nostalgic kind. The kids were a tad restless during the talk, but I managed to keep them entertained with my presentation format of showing some behind the scenes shots followed by the actual final picture.

This was my very first talk on toy photography and I over prepared, stretching almost an hour. I guess I wanted to share too much! This left with little time for practical lessons….but what little time I had with the kids was an eye opener as I could see one or two kids with great potential, with a great eye for composition, light and shadows. I hoped I left an impression on at least one student to continue shooting toys even after their official lessons are over. 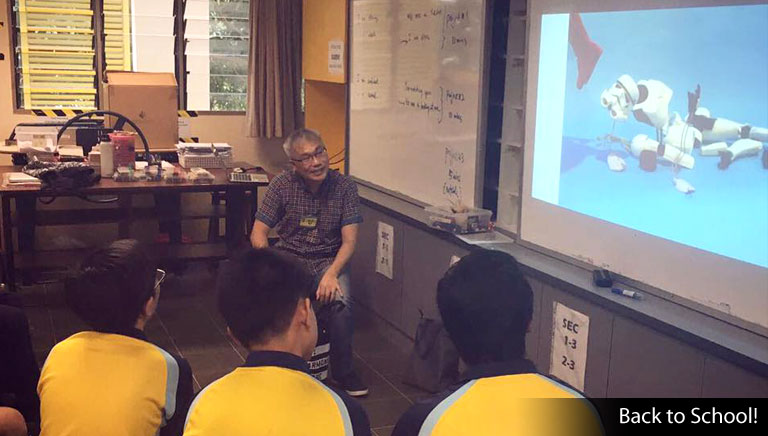 MY NEXT GIG – the Public Library

I attended a designer toy talk last year organized by the local public library. Halfway through the talk, the idea of holding a toy photography talk at the library jumped into my head. I figured the same people who bought designer toys would probably want to extend their passion beyond collecting them.

I dragged the organizer aside and told her about my idea. Emails were exchanged and I sent them a proposal. Months passed and I received a reply not only to conduct a talk and workshops over a period of 1 month, but they suggested to open the library slightly earlier on one weekend for me and my pals from Plastic Singapore do a themed photo shoot. Here is a short video clip of that particular outing.

THE PRESENTATION AND WORKSHOPS

Talking to students was one thing, now I had to face the general public and I was a tad nervous. I rehearsed the presentation countless times and made additional notes on each slides. I also googled on how to give an interesting presentation. Start off with a joke was what I found to be a useful tip. Which I did with a origin story of my online name: zekezachzoom.

My presentation breakdown kind of goes like this:
How I got started
Influences that shaped my imagination
Sources of inspiration
What kind of photos to shoot
What makes a good pic e.g. Composition, lighting, storytelling
Tools e.g. lighting equipment, wires and of course blue tac!
Post Production and color grading 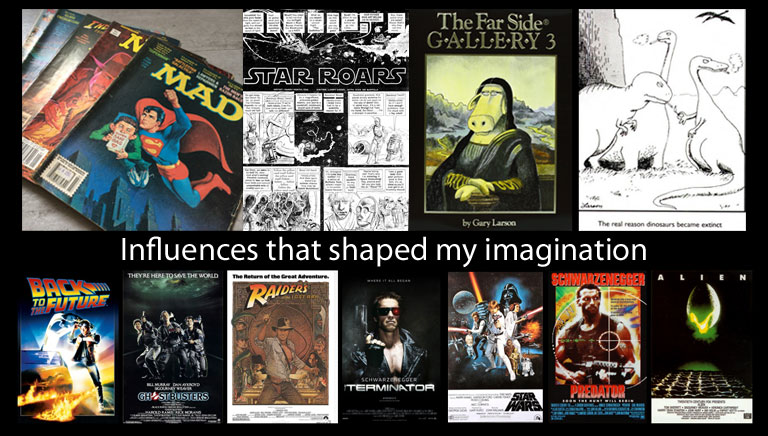 I would go through each section with a simple setup shot and then the final picture. This format went on throughout the presentation which I hoped would keep the audience entertained and look forward to the final picture. 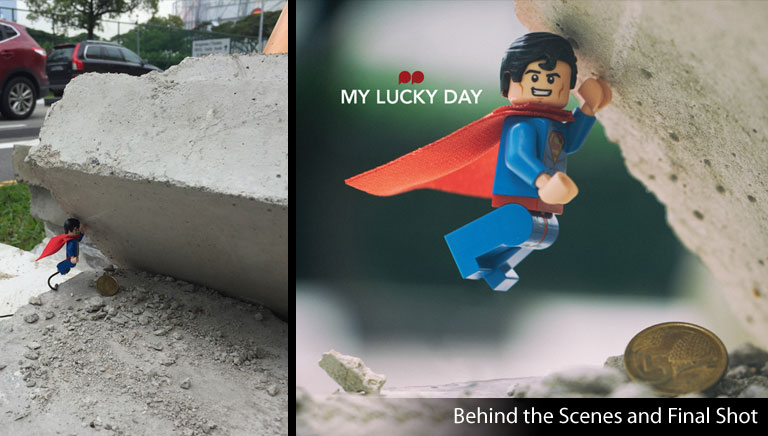 As the talk progressed, I became more relax as I was eager to show the shots after each behind the scenes photo. Any reaction from the final photo was priceless. I would end each presentation telling the audience to never lose that inner child in all of us.

“Be Foolish. Be Curious. Be a Child Again.”

When it came to the workshops, it was another challenge trying to come up with the setup. Up till the very last minute, I was still not sure what to do, as I was concern about lighting setup and dioramas. In the end, I decided to just do it the way I have been shooting and that was to use everyday objects and simple lighting to introduce the visitors to the world of toy photography. I would show them how mundane the setup was and when they start to zoom in to the figures and frame the shot, it was always a blast to see their reaction. The response from the crowd was encouraging and I had a lot of fun. 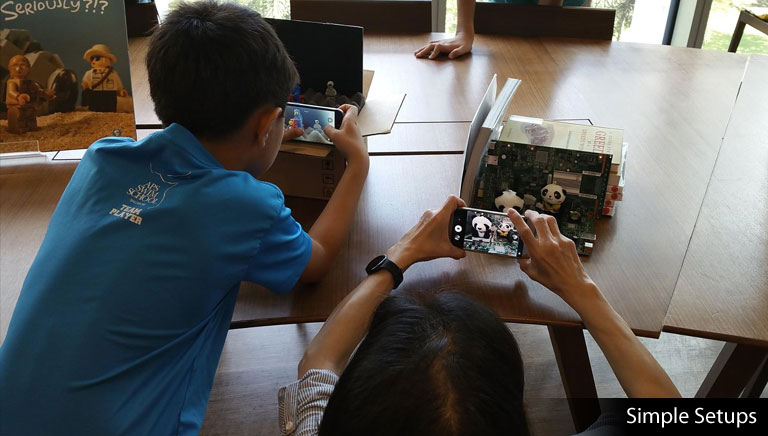 I completed one more talk recently and realized that I no longer needed the additional notes. With experience, I had managed to overcome my nervousness and enjoyed the whole presentation process.

Recently, I began emailing organizations I thought might be keen to host talks on toy photography. Some of these include the Apple Store, polytechnics and photographic clubs. One polytechnic did indicate their interest and is sorting out the logistics for holding a talk for their design students, so I am really looking forward to this. I hope the others come back to me with a positive respond too.

I am keen to conduct more talks and workshops at either primary or secondary schools again, but have yet to work on any proposal. It’s on the to-do list.

I have always enjoyed sharing knowledge and ideas, be it design, software application, or anything that I think might help others improve their skills. I hope it will inspire people to look at their toys differently and express their creativity and love for these plastic figures beyond merely collecting and displaying them.
I take it as a challenge to spread the joy of toy photography on my little island.
________________________________________