A photo ripple is the perfect tipple

From just a single drop, inspiration radiates outwards in a beautiful ripple.

Dave recently wrote about taking on photography challenges to replenish the creative well when it’s running dry. This month, I was lucky enough to be part of a photo challenge for the first time on G+; a photo ripple.

One person posts a photo, then tags two to post a photo following the theme. Those two then post and tag two more, and so on and so on, resulting in a wonderful ripple of photos radiating out from just one; a casual sequence, a ripple effect.

The epicentre of the ripple, and the brains behind the concept, Wara Zashi, was kind enough to share a little background behind these ripples with me….

We started the first one back in April as a replacement for the end of month event. The monthly events were just G+ events where people could submit figure photos of their liking, as opposed to the weekly event which was topic based. But even before G+ essentially killed off events, the concept was starting to languish, so I wasn’t too happy with it.

I eventually pulled the plug on events and replaced them with ripples (named after the G+ Ripple feature which I really loved).

I figured if each person is named to continue the thread and also has to name two more, it should create a little bit more motivation to participate (classic chain letter). Our community is pretty small and self contained so if the chain grew large enough, it should get to enough people. And I also wanted to see if people would start to request to participate in some manner. 🙂

We did another one for May and June at the end of each month and at that point, people slowly trickled in enough over time and participated that we thought it would be useful to just have the event start at the beginning of the month and run for the whole month. Which is why July is missing since it became an extension of the June event. 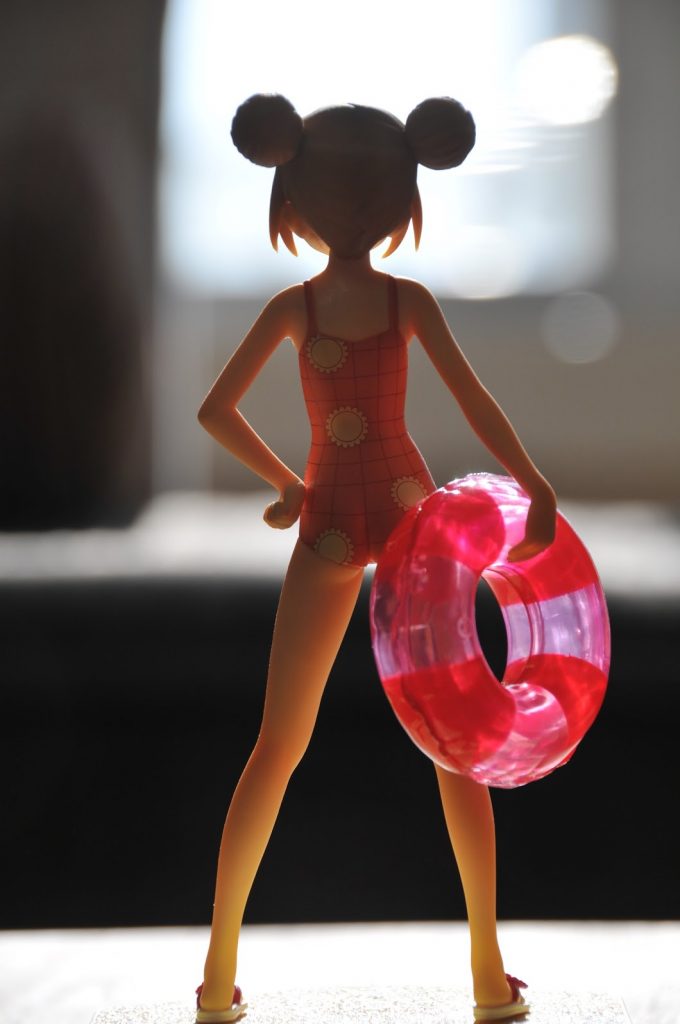 “What better reminder for the middle of summer than a little time out at the water enjoying the outdoors, even with the oppressive heatwave. Complete with a nice little floatie.” – Wara Zashi

With August, I was definitely looking to expand and see where this can go outside of the community so I thought it could be fun to drag in Shelly to see where she could take it since I know she would have a completely different group of people than our community. 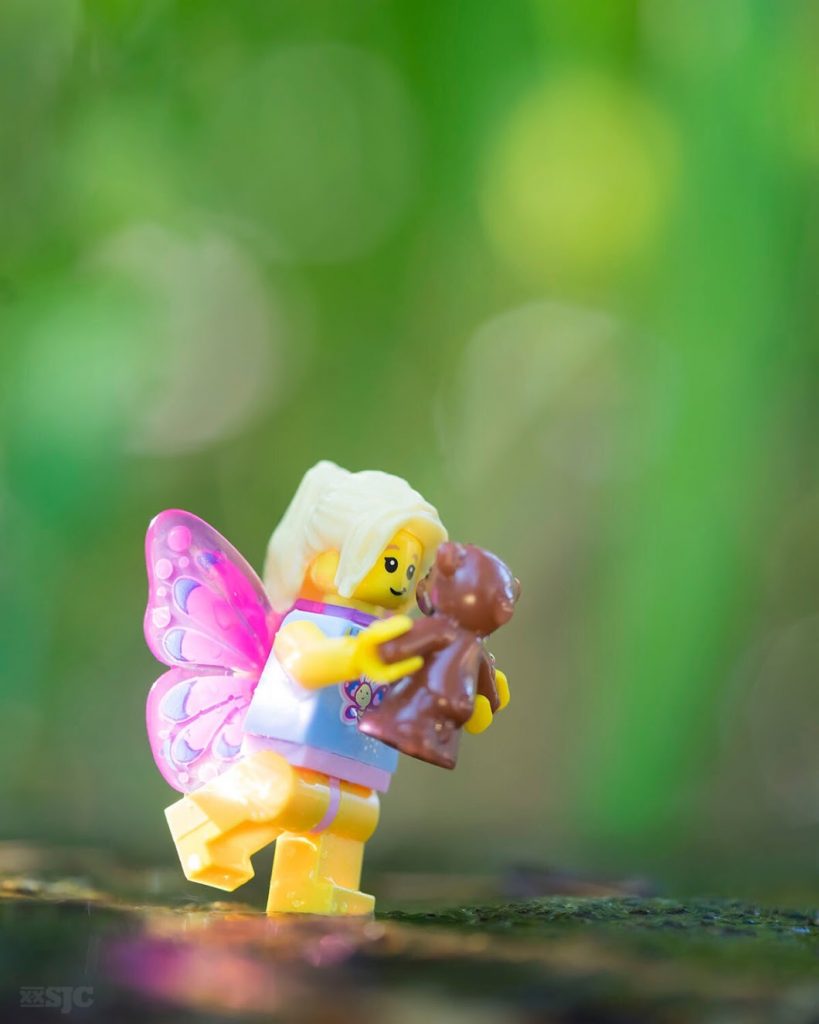 “Rather than send Butterfly Girl to the beach with her floaty, I sent her dancing in the sprinkler with her beloved teddy bear. In the heat, what better way to cool off than some low key fun at home.” – Shelly

So far, I’m pretty happy with how it’s working (hopefully the community members/participants are as well). It’s structured, and unstructured, enough that people can do what they want. Ideally I would love to somehow enforce at least a template but people seem to get the general idea of what needs to be done. 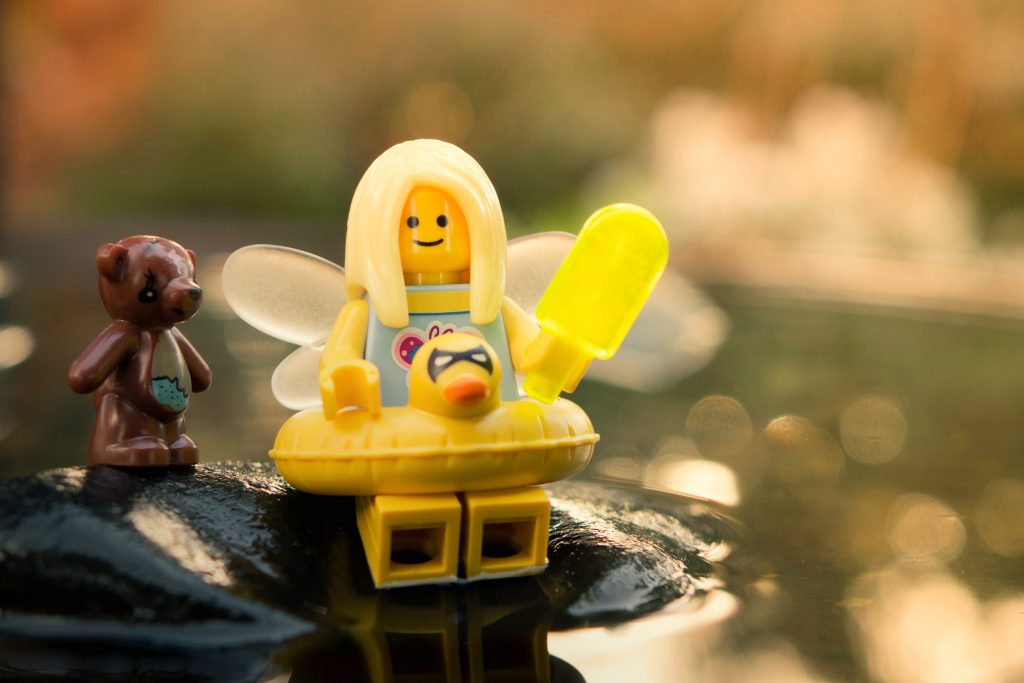 “After frolicking under a sprinkler, what better way to cool off than with an icy pole whilst paddling your feet in the cool waters of a lake?” – Brett

It’s interesting to see, as the ripple grows, how people change it over time. On the toy photography side, it seems to have especially drifted into a chain where you give reasons for recommending and add to the already existing description to explain the chain. The figure side seems to have stuck to the original template a bit more and wants to connect the new post to the previous one through the photo and description. 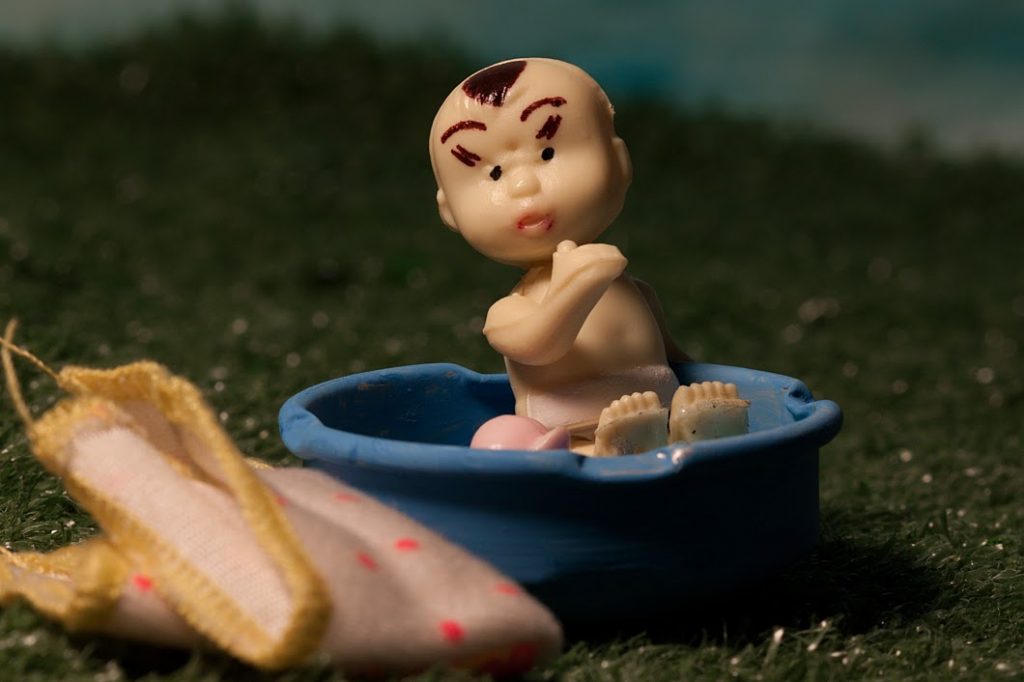 “Well, when sprinklers and ponds aren’t available, and you happen to be quite small, a kiddie pool will due just nicely to beat the summer heat. Look closely and you’ll see ducky peering over the edge.” – Jennifer

I’ve only given vague hints as to how each post is supposed to connect so it’s been interesting to see it evolve. 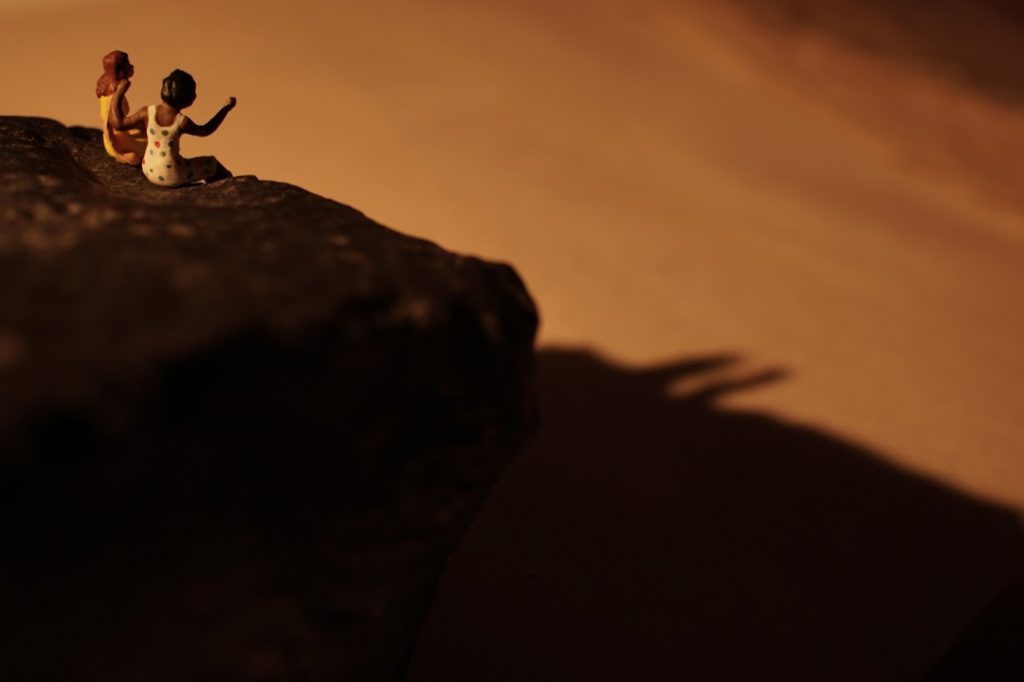 “And sometimes (once you’ve grown up a little) you just use a hot day to chat on a cliff, waiting for the high tide to roll in…” – Tobias

At some point, I’ll add in some new concepts, but we’ll see how it goes over time. 🙂

These wonderful ripples are like a reverse game of pass the parcel; with every step, another layer is added. As these ripples radiate throughout communities, stories twist and turn, styles merge and divide. Sometimes the ripples fade, and sometimes they journey into wonderfully, unforeseen places; just like ripples do.

Just like Dave, I find challenges are wonderful source of motivation and inspiration. Being pulled into this ripple and being invited to help it grow was definitely so.

I’ve only included a few shots from the August ripple; it’s still radiating. But, from just these handfuls of shots, you can see how a single drop can produce wonderful results.

Thank you Wara Zashi, for sharing your words and for the fantastic ripples you generate.