Three is a Magic Number

Three is a magic number… for me. Like the three legged stool, The Marx Brothers, The Three Musketeers, the three primary colors and the original Star Wars trilogy. I feel there is a special power to anything that come in threes. Not one, not two, not four and definitely not five – the magic number is three.

I believe in the power of three so much that I often photograph my mini figures in sets of three. I even collect major accessories in threes and I leave emoji comments on Instagram in threes.

Why photography one Enderman, when three is so much better? 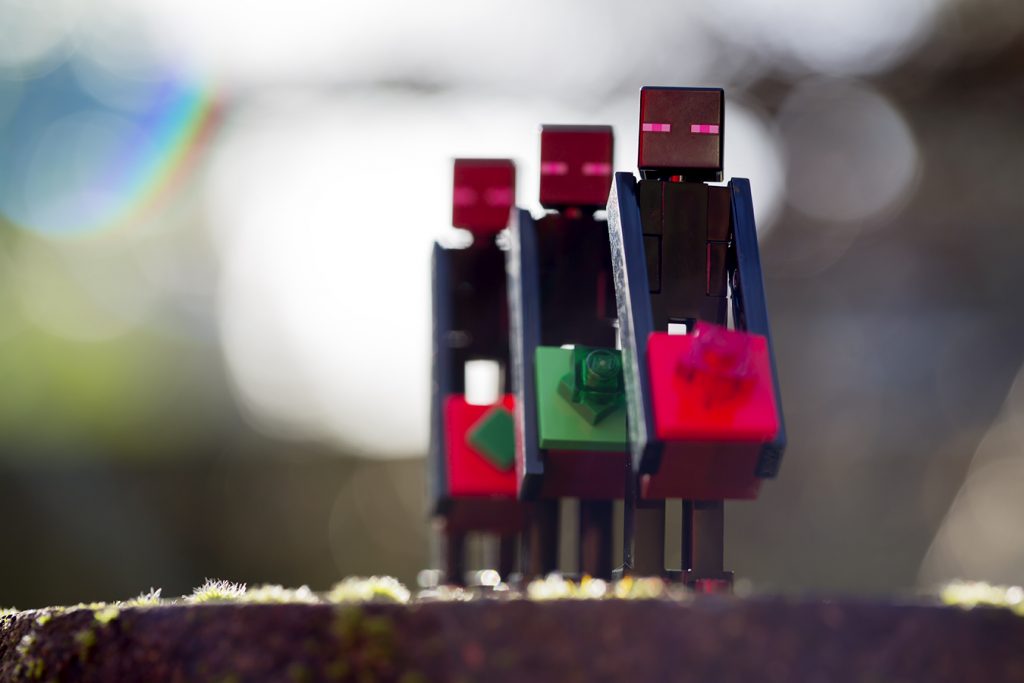 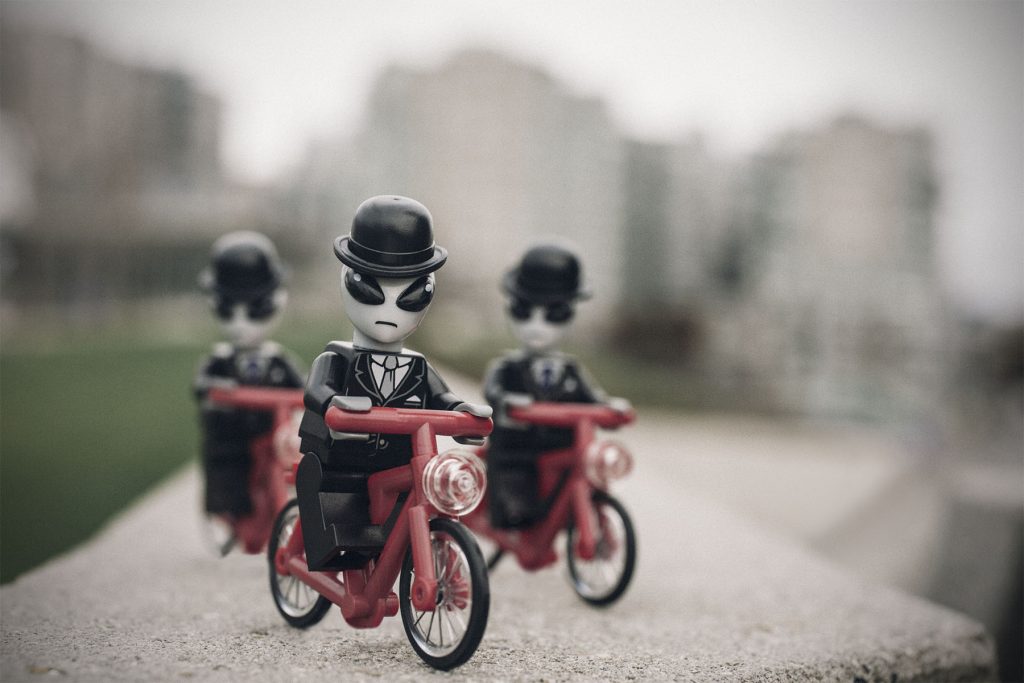 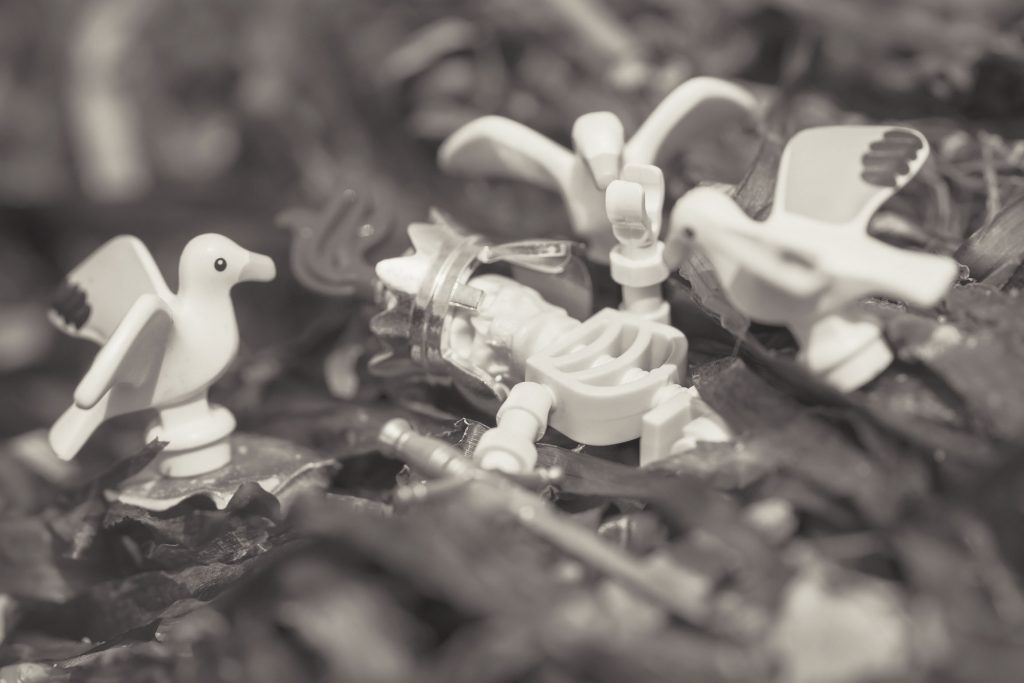 I’ve taken plenty of photos with only one mini figure as a subject. But these often feel like the plastic equivalent of the thousand yard stare. You know that blank, unfocused gaze seen on the faces of people who’ve been in combat or have been seriously traumatized. To combat this effect, I add an accessory to extend the story possibilities. Of course, I can always have my mini figure doing something, like riding a bike, so that it isn’t staring blankly at the camera.

Obviously I’ve taken photos of couples and pairs of mini figures. But it isn’t easy for me to break this habit of three. When I was taking the following photo at the San Francisco toy photo safari, I had to fight the urge to put in another classic spaceman. I’m glad I only used two, but the internal struggle was real! 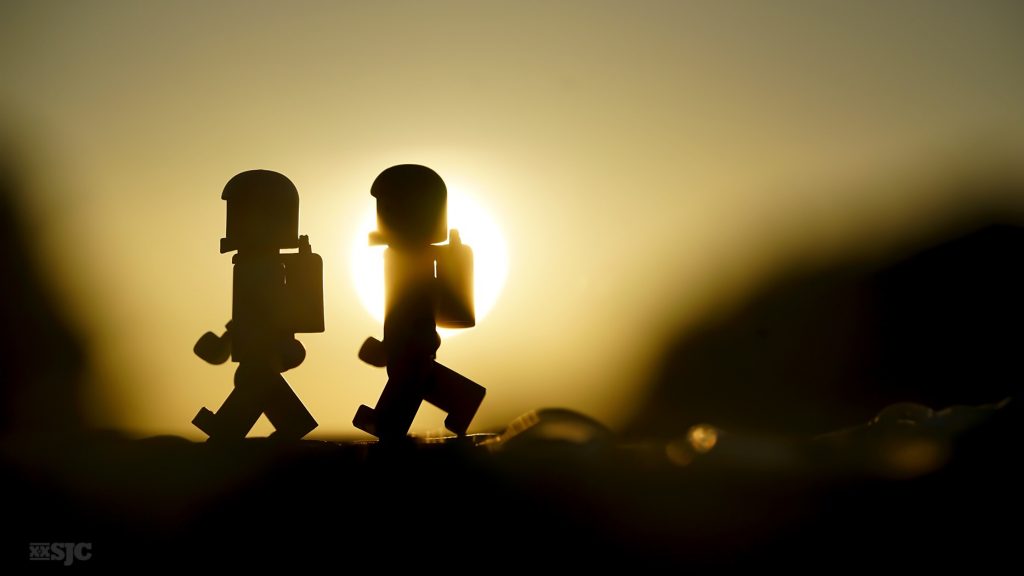 Rarely, if ever, do I photograph more than three subjects in a frame. Because if three is a crowd, then four is a mob and don’t even get me started on five. I would go crazy if I had to set up five mini figures. I can see it now. I’m placing the last figure and my hand accidentally hits one of the other figures. Next thing I know, they fall down like dominoes. I don’t have that much patience.

Yes, I know this behavior is rather eccentric. I know I’ve set a rule out that I follow that doesn’t make a lot of sense. But this is how I role: Three is a magic number.

And if you don’t believe me, check out this classic video by School House Rock: 3 is A Magic Mumber.

Do you have any habits, photographic ticks or superstitions along this line? Or am I the only crazy one?

Cats are always better in threes! 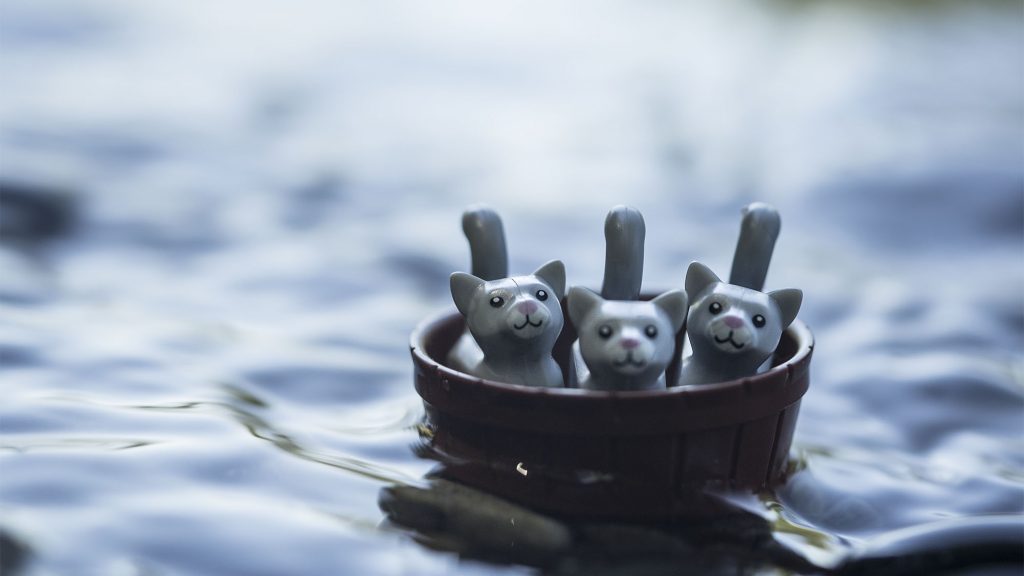 Why have one Warg, when three is so much more satisfying! 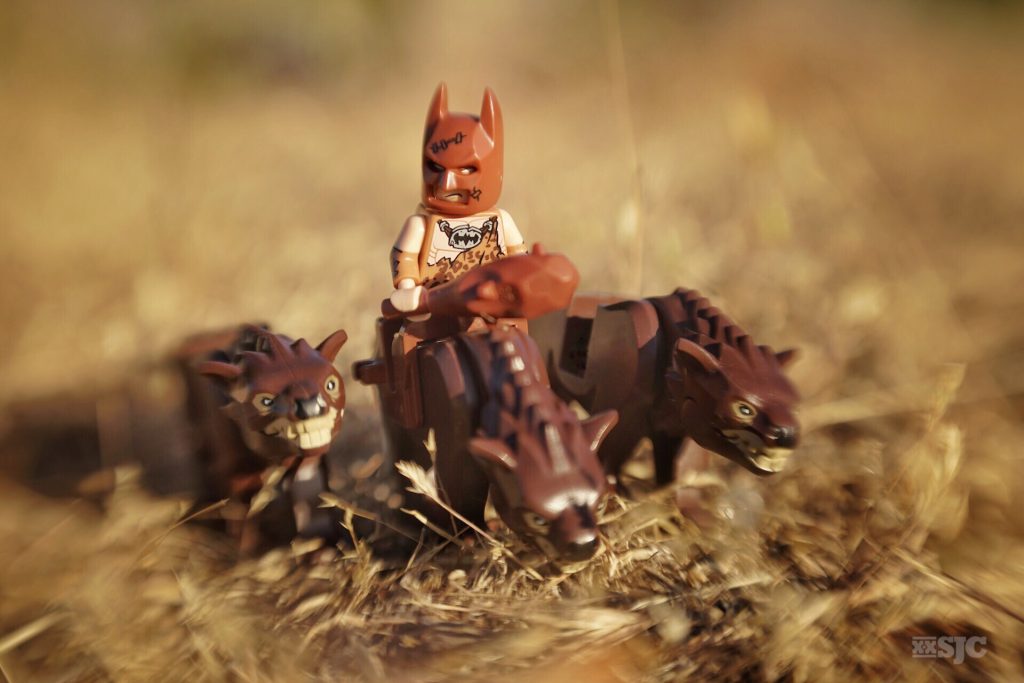 Are three pandas a gang? 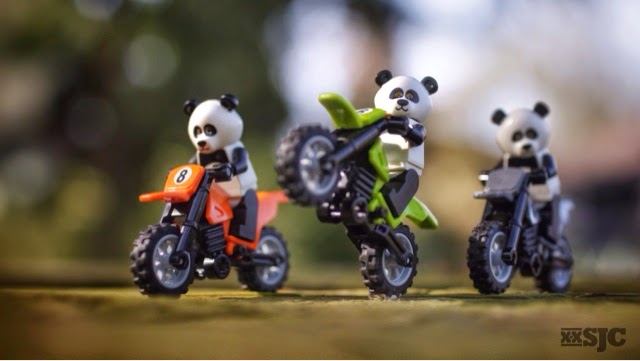 And if you’ve made it this far I encourage you to sign up for our weekly email round-up. Or join our G+ Community were we hold monthly contests with prizes for the winner!