I love toy photographs that make me do a double take. The ones that just look so very real. Bringing toys to life is such an intriguing ambition that many of us share and finding new ways to do so really gets me motivated.

The six image narrative project has me thinking about images I’ve created in series in the past. Some I plan and then shoot all at once, or in sequence over the course of a day, week, month, etc. Others develop more slowly. I have an idea I return to, or a figure that turns into a muse. And with that figure and idea I create one image, then some time later another, until a series forms.

At one point, this took the form of melancholy, and in that a doll and her toes.

I was looking for a 1:12 doll that spoke to me. Not one that necessarily looked like me, but one I felt I could project myself onto. I wanted her to be barefoot, a symbol of sorts of being connected to the world. But most dollhouse dolls you find have painted on shoes or nubs for feet. Elena’s dolls were different. She custom made a doll for me in the style of one of her listings. The listing drew me in because the doll has closed eyes and a large scarf – something more to hide her face or expression by. And Elena allowed me to make the extra absurd request of making sure the doll had extra defined toes.

I wanted to be able to make her feet look real, if only for a moment. 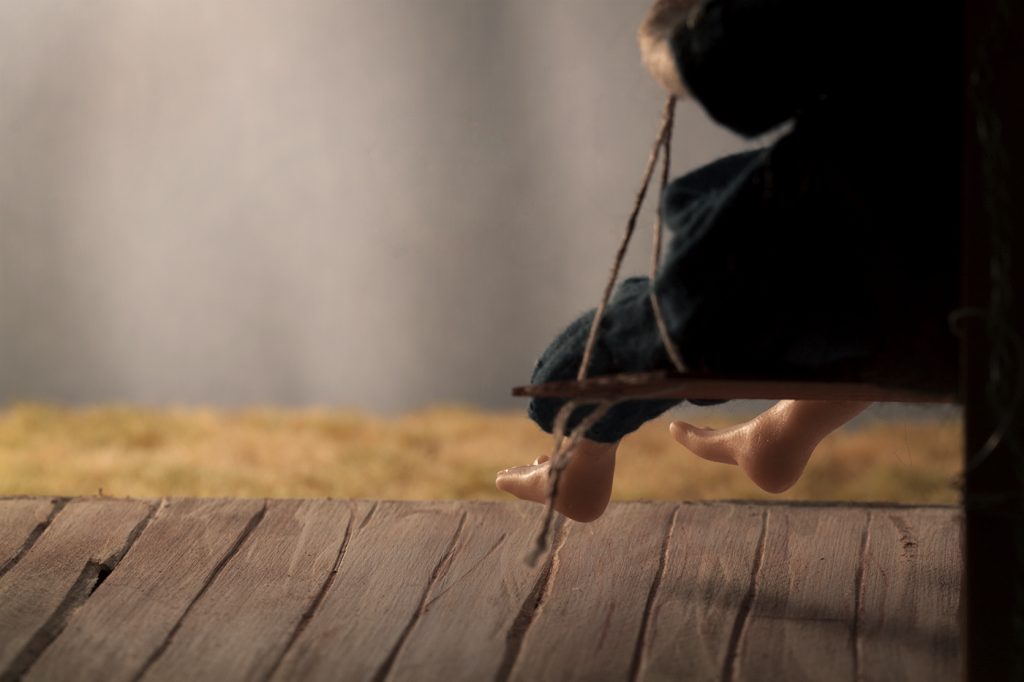 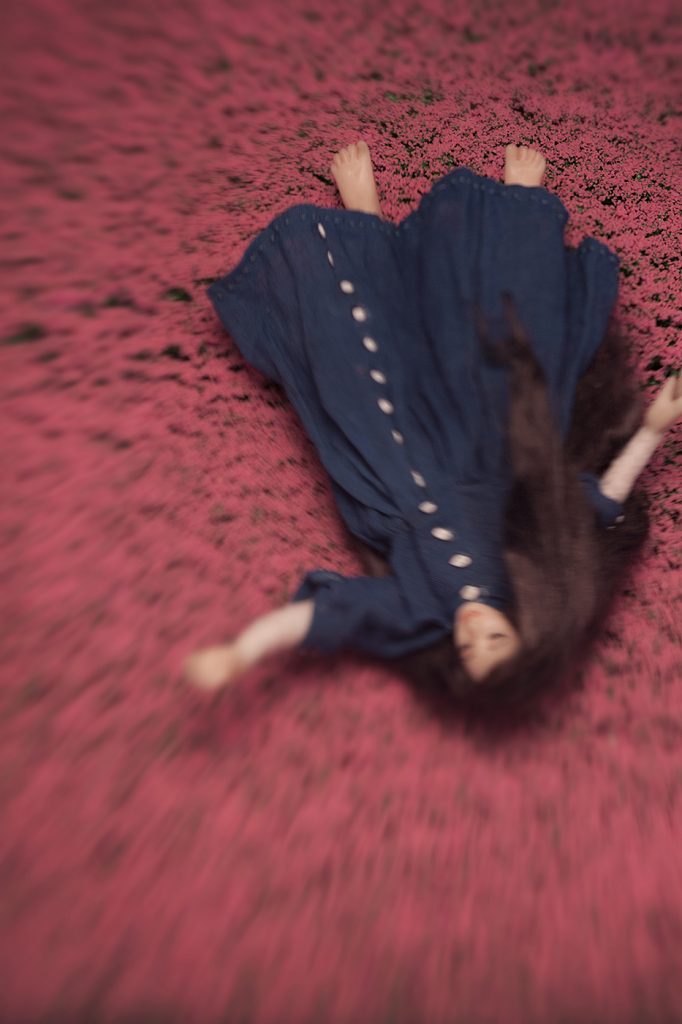 By the flowers, she was swept away 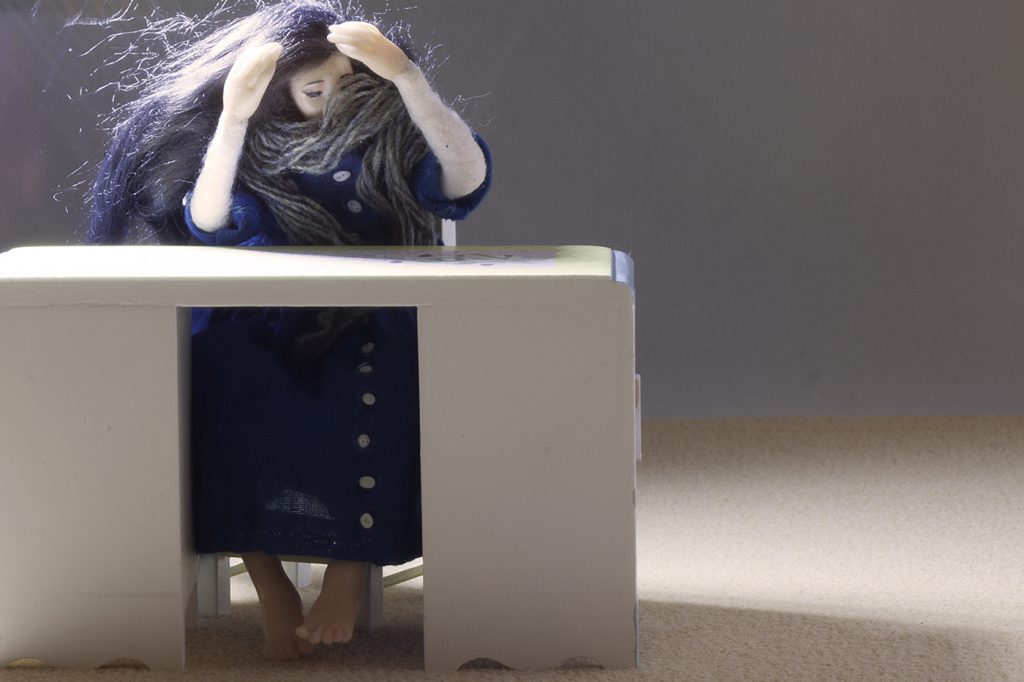 I’ve since purchase 2 more dolls from Elena with photos in mind, but instead have continued to return to my first purchase from her shop. The other dolls will get more time in front of my lens eventually, but there’s something about the first I haven’t fully discovered yet. 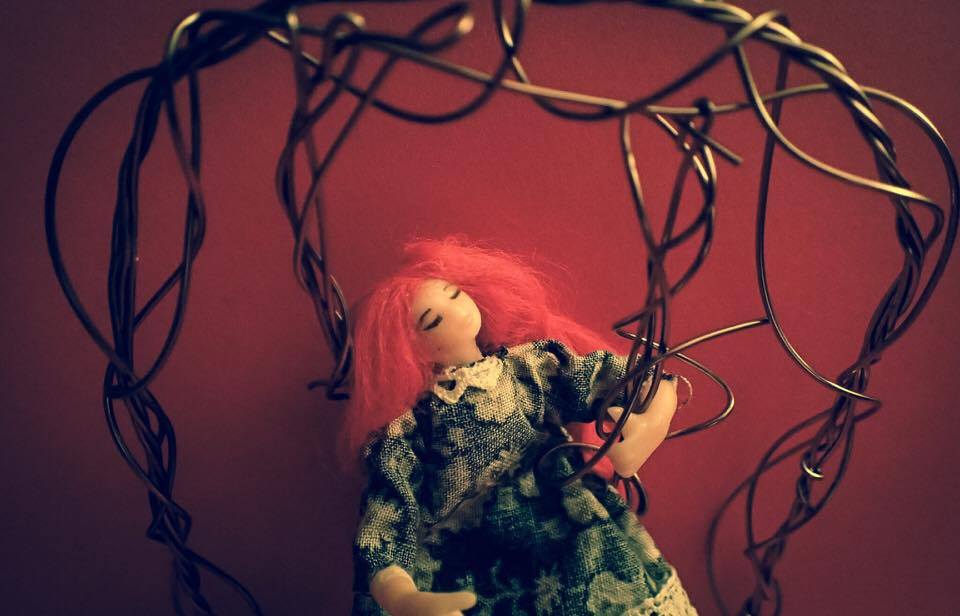 Are there toys you return to again and again in your work? Are there certain things you like to symbolize? Do you ever work in series rather than individual images? Tell us about it in a comment below.