Why do I do toy photography…….. I do it as a release of creative juices, a release of anguish, and a release for my own personal pleasure. Hmmm… maybe I should reword that…. nah.

My life is not everything I wanted it to be. My early life was wrought with some disturbing events that still haunt me and my current life is a grind to say the least. I’m not meaning to complain, many people have it far, far, far worse. I’ve often felt that all my opportunities have passed me by; traded in for security and a steady income to support my family. There are worse things in life, I know. I work lots of hours and make decent money, which tends to happen if you work lots of hours at one place… So it is what it is and while my focus is mostly on providing for my family, I need something for me.

“There is nothing like looking if you want to find something. You certainly usually find something, if you look, but it is not always quite the something you were after.”
― J.R.R. Tolkien, The Hobbit

Internet Evolution: The Failed Why

Social media has been an ever changing progression for me… Facebook was a great time killer when I was laid off from work after the 9/11 tragedy occurred and planes were grounded. I discovered Twitter later in an attempt to follow comic book artist and writers because my first dream was to be one of them. Twitter led to Instagram, I’m sketchy on how, but it was great! I did enjoy the writing and interaction at 140 characters, but being a visual person, Instagram quickly drew me in. Instagram has had my attention for the greatest amount of time; I’ve been pretty diehard for over 5 years now. I did tinker with G+ for a second when it came out, but it felt overly complicated, I didn’t have any friends on it and I didn’t feel like rebuilding so I abandoned it. That is until I discovered the Toy Photographers Community on G+. There were other social media apps that I explored, but none of these held my interest. Social media was my outlet, my release of anguish. But in many ways, a very unhealthy outlet; one wrought with the pitfalls of finding like-minded people to just bitch about life. The crabs in a bucket conundrum. There was no creativity, and in most cases, only mindless banter.

Digressing back to Instagram, IG started out as Twitter with pictures for me… I posted all the usual bullshit from selfies (what was I thinking>??) to memes, even creating some memes myself (#NvrmoreMemes lol). For a period of time, I even posted a few of my drawings. One constant through all of this was comic books. I’ve been reading comics for more than 30 years now. Most of my friends on Twitter and Instagram have comic book and other geeky connections (Star Wars, Star Trek, LOTR, Doctor Who… etc.). My interest in comic book eventually led me to people posting pictures of toys… I was enamored… I mentioned how my dream was to be a comic book writer/artist as a kid, well; I was never quite that great at either of those things. Originally I saw toy photography as a way to create original comic book stories but that never quite happened and no longer seems to be an interest to me. I started my toy photography career taking really horrible photos of random toys doing random things. I often stole toys from my kids when I was starting out. I didn’t take toy photography seriously at all. But by participating in ToyPops and befriending other toy photographers I started seeing there was real skill involved; there was an art to this hobby. Next, I discovered the #OhioToyKick hashtag that a few guys were using and this led me to my next evolutionary leap. My “Why” was not yet fully realized, I was just taking pictures, having fun; but I knew there was something to this.

Ohio Toy Kick: The Why was right there in broad daylight

By this time, I loved taking you photos and I was trying to get better with mixed results. I have a background in graphic arts/advertising design – so using a computer to create digital effects was where I was focusing my creative process. As a comic book guy, I was having a blast setting up battles and creating superhero powers digitally. Alas, I was not a pro and my pics, looking back, were cheesy B-movie shtick! The toy community was very forgiving of my less than stellar efforts. I think this might have been because I was very active socially, befriending and talking to people, mostly meeting through toypops and other toy photography related tags. Also, my friends were in the same stages of development as I was and we supported each other in our efforts. I would do my diligence while trying to support the community and learn. I would explore hashtags I had seen on other people’s pics and that’s when I discovered the #OhioToyKick tag. There we other people, in my state, that took pictures of their toys!?!

I became fast friends with these guys and we ended up meeting at a campground to shoot toys together. There was a feeling of the phoenix rising from the ashes… By comparing notes with my new friends, I came away from that meet up recharged and having a strong purpose and a better understanding of taking toy photos. The main thing I learned at the OTK meet up was that taking my toys outside invited a whole new world and added a certain beauty to my toy pics that they never had before. Yeah! I had taken pics outside before the OTK meet, but my focus was mainly on my figures and what I was wanting to do with them – not the bigger picture of where they were at. I hadn’t been trying to create a great photo compositionally. I learned that what was around my toys was as important as the figures themselves. The outdoors also introduced me to natural light which created another paradigm shift in my toy photography. The Ohio Toy Kick guys introduced me to a lot that weekend and we’ve met up regularly ever since! It’s always a great time and always a learning experience!

Conclusion: Why is an adventure

My “Why” had taken shape… Toy photography is a great way for me to forget the daily grind and release the anguish. Sure I might not be where I had intended to be, but it’s also so much more. My “Why” is about doing something more and not just accepting where I am in life. I have no delusions that I will set the world on fire with my toy photos, but I do feel there are avenues to explore. I feel there are still adventures to be had…

“Go back?” he thought. “No good at all! Go sideways? Impossible! Go forward? Only thing to do! On we go!” So up he got, and trotted along with his little sword held in front of him and one hand feeling the wall, and his heart all of a patter and a pitter.”
― J.R.R. Tolkien, The Hobbit

ps. I’ve never had a harder time writing an article…. This is my third attempt as I decided to completely scrap the first two attempts (version 1.2 was just another version of 1.1 that lead to more of the same). 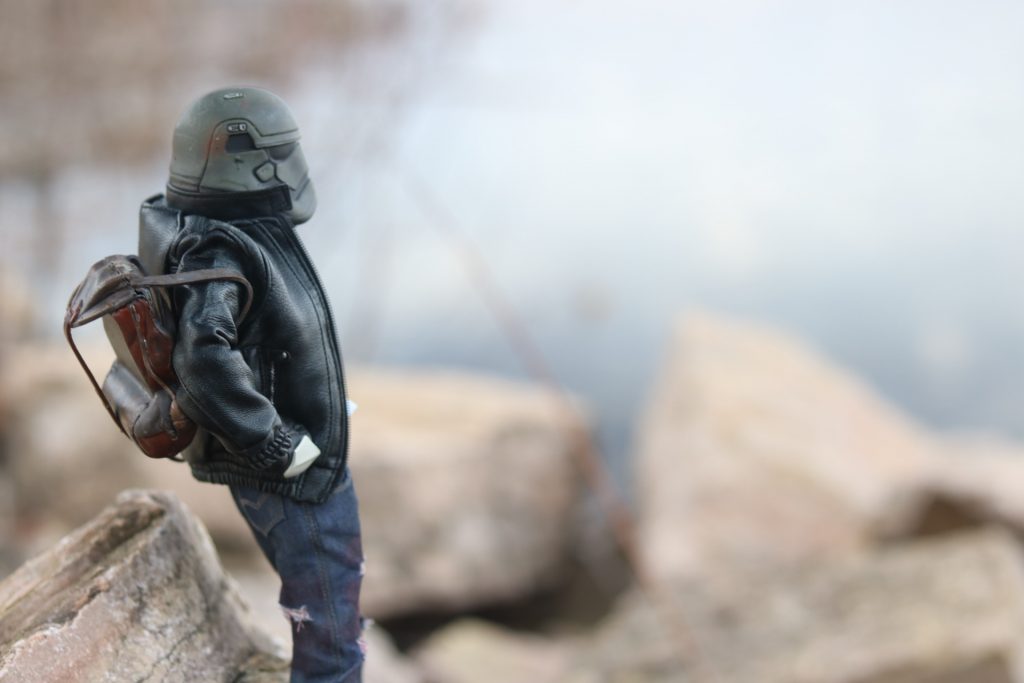 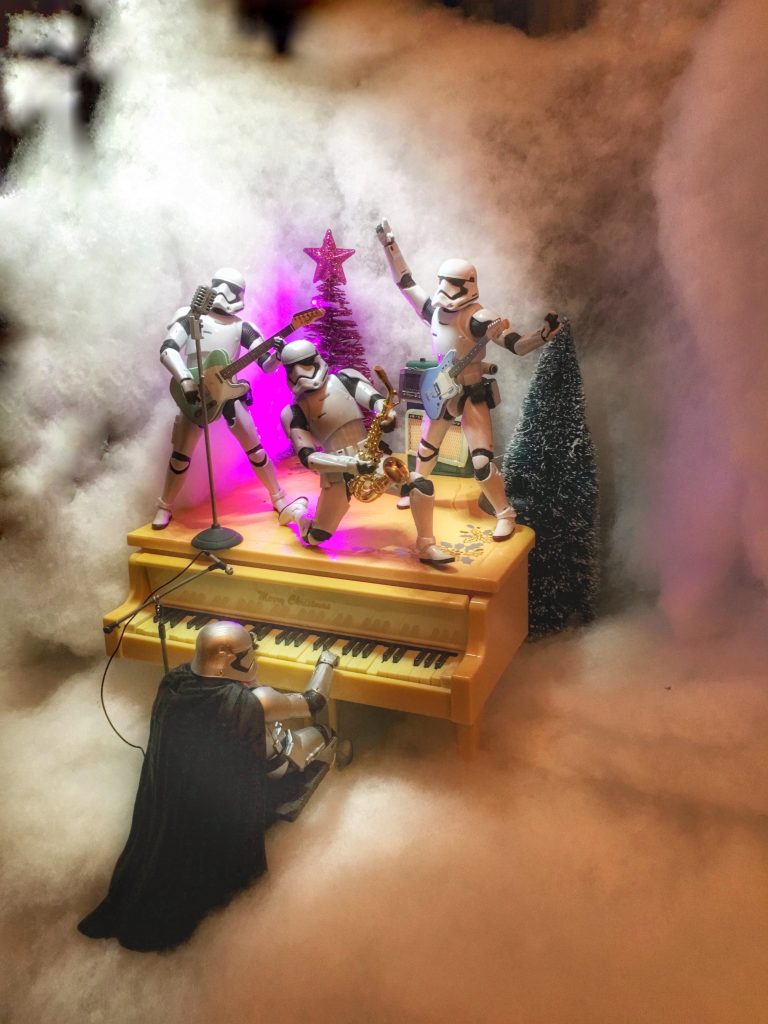 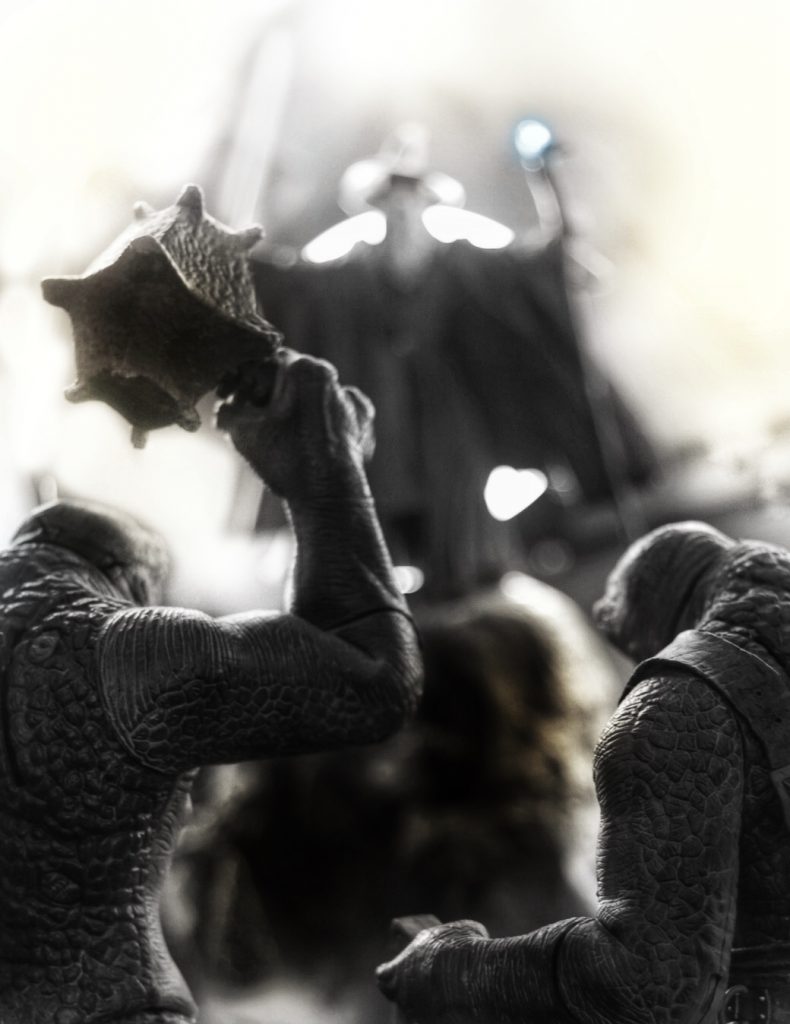 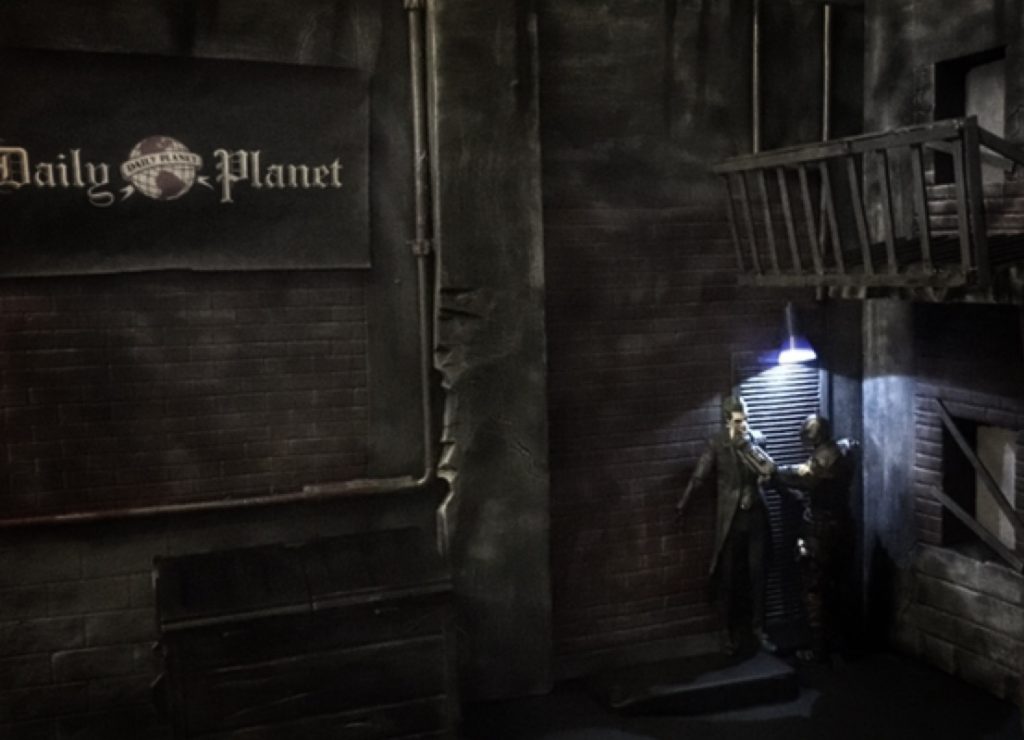 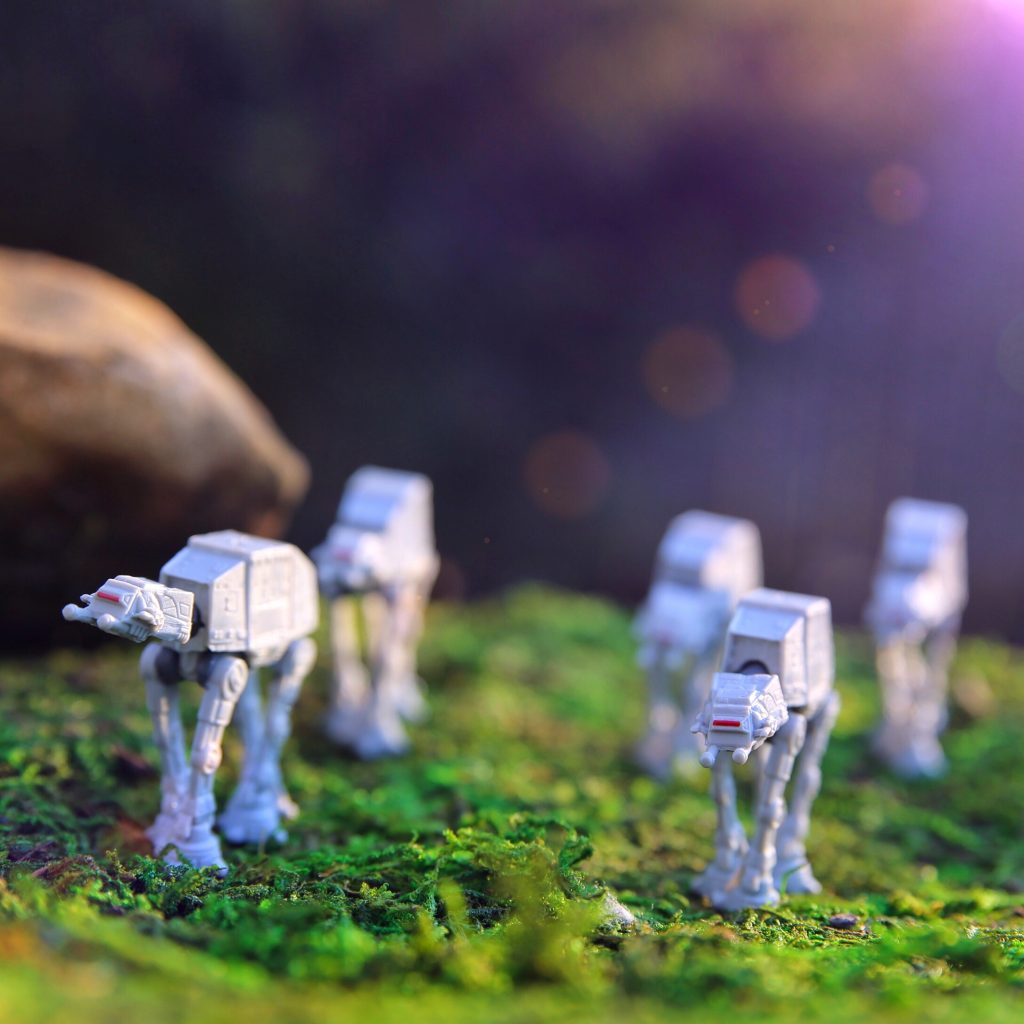 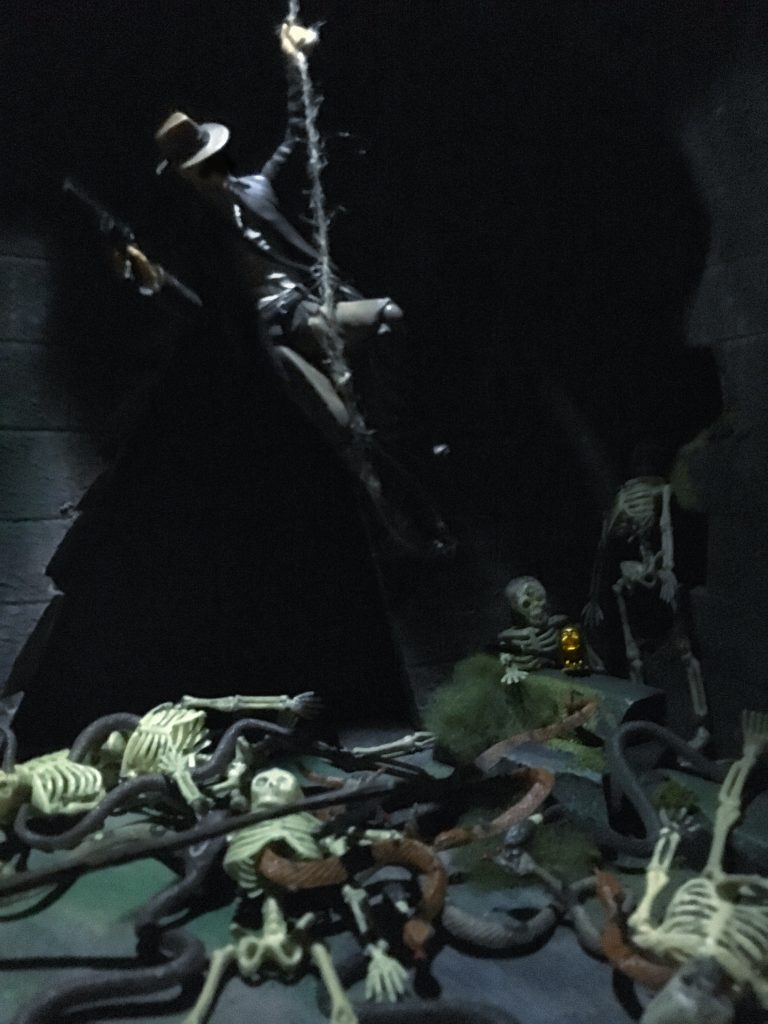 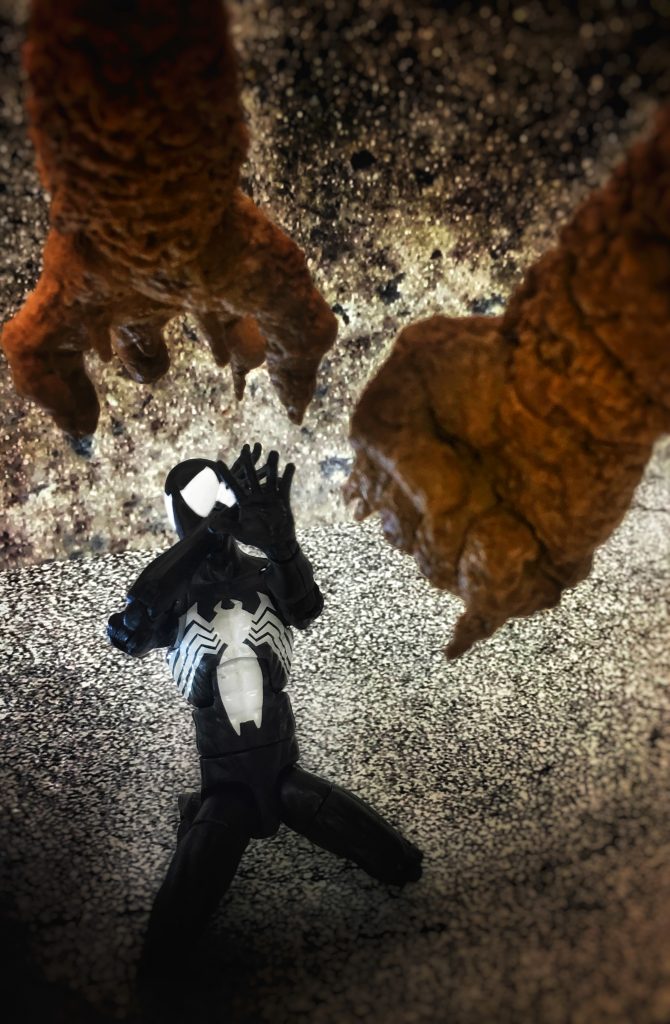 About the Author: Jason Nvrmore