As Easter approaches, I started hunting for Easter eggs a little early.

An Easter egg is an intentional inside joke, a hidden message, or a secret feature of an interactive work. The name is used to evoke the idea of a traditional Easter egg hunt. Atari’s 1978 release Adventure (I remember finding this Easter Egg as a kid!) contains the first hidden message in a video game to have been discovered by its players. (source: Wikipedia, apart from from the bit where I remembered playing Adventure)

I’m sure many read the #LEGOEaster contest announcement, skipped ahead to the prizes, jumped to what they had to do to enter, then raced off to take their photos and upload them to Flickr. But there was some Easter Eggs in there for those who read the announcement with more intent.

This might not be so hidden, but Easter egg hunters racing after the “big” prize could’ve easily overlooked it.

Being named as a source of inspiration alongside our friends at Stuck In Plastic was such an honour. It shows that the work we do and the contributions made by you are not unseen by LEGO.

“This contest is not open to the general public.”

This means that LEGO is rewarding its groups, like ours, by limiting the entrees to only their members. Fewer hunters suggest there is a greater likelihood of eggs! 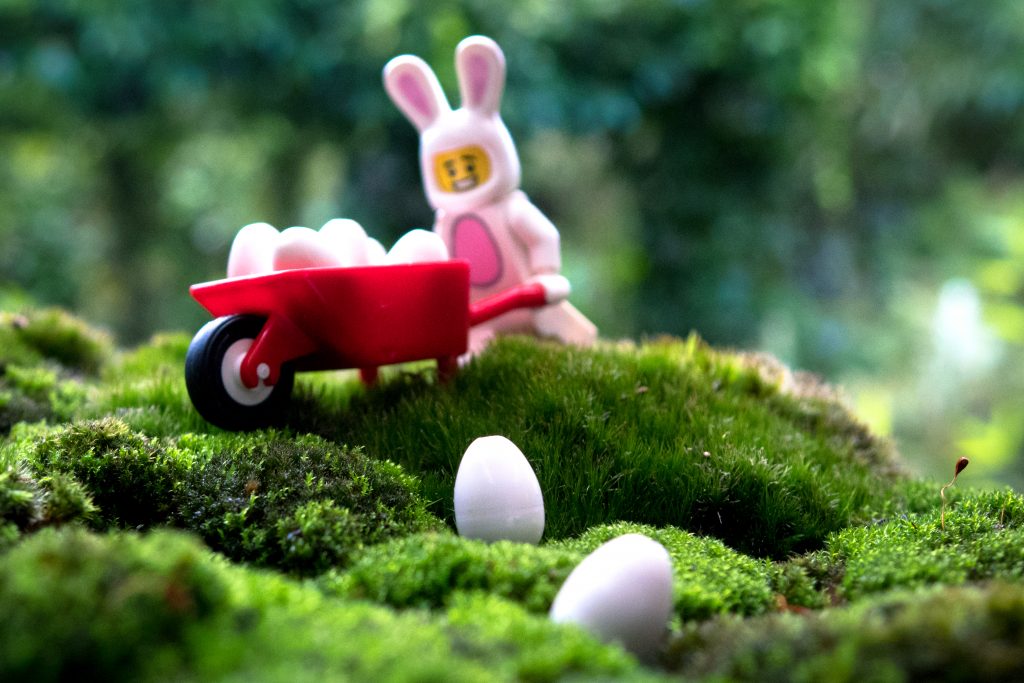 The best Easter egg that was hidden within the announcement, needed a little extra searching and digging. The Lego Group may be looking at this Flickr Pool as a resource for their social media channels.

What? Yep! Just by entering, LEGO might select your photo, or because of your photo they might peruse your chosen social media platform and want you include your work in upcoming projects.

I can hear the cynics now. “As if that’s gonna happen!” I might? It has in the past. It happened to me.

The LEGO Life team contacted me a while back, after seeing my photos on Stuck In Plastic and then looking through my Instagram feed, and asked if they could feature some of them in the LEGO Life app!

If LEGO like your image and want to use it, they will contact you directly and ask permission. How rad is that?!

So, now that I’ve rummaged through the contest announcement and found some other Easter eggs that you might want to put into your basket alongside the chance of winning wonderful prize, what are you waiting for?

Ten lucky winners will be drawn at random from a flickr pool of images and awarded a “goodie bag with LEGO related Easter awesomeness and a medium sized LEGO set on top.” The deadline to enter the contest is April 16th.

This is a wonderful opportunity to show the folks at LEGO how awesome our community is. We hope that you’ll join in the fun and post your Easter themed images around the Internet using the hashtag #LEGOEaster and to the Flickr Pool to be in the running to collect some Easter goodies!