(or why George Lucas has a lot to answer for…)

My good friend Brett asked if I’d like to write a few words for the blog about why I collect and take photographs of toys. Who am I to refuse a bearded Australian?

It’s one of those questions I’m always fascinated to hear the answer from others I’ve met online, and hopefully my random ramblings might resonate with other middle aged people with ‘understanding’ partners. 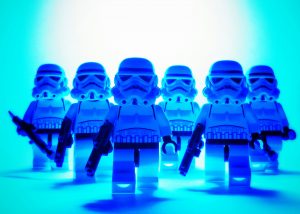 I’m gonna start with why I collect. And if anyone is interested after my words today  I’ll do a follow up post with why I spend far too long laying down in public getting strange looks from passers by as I struggle to photograph a small plastic figure. 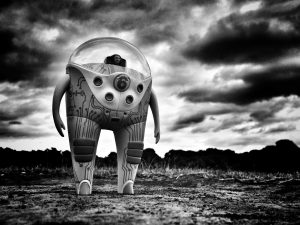 “The Observer by Mars-1 SEEN edition”

Like a lot of toy collectors and photographers Star Wars looms large over why I’m writing this post, but ultimately a deep love of the uniformity and creativity a small plastic brick can bring holds the key to my never ending love of childhood playthings.

So anyways let’s take you back…way back.

I was born in mid 70’s. My formative years were spent embracing a certain space opera with walking carpets and strange pastry shaped hair dos. However years of therapy have also uncovered an unending affinity for the joy of putting two interlocking LEGO pieces together. 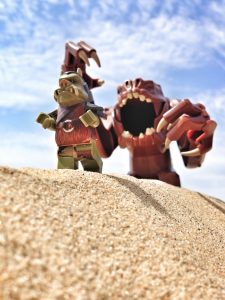 Really, when I think about it, it all started with LEGO, then Star Wars came along, and then at a certain point when I was old enough to know better, the two collided! Then I knew to stop fighting it and just embrace my love of toys.

So first came LEGO…a staple of many childhoods. And how wonderful that this is as true today as it was then! A brilliant creative tool and plaything of endless possible creations. Space was my thing, those glorious spaceships in blue and trans-yellow, and those fantastic base plates with protruding moon rocks. 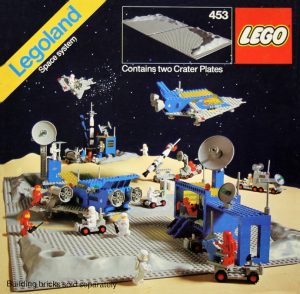 And then, at that certain point that all children seem to go through, LEGO began to feel a bit too childish, and I progressed onto action figures. Star Wars action figures to be precise.

I’m fairly sure that I became enamored with Star Wars figures before I’d ever even seen a Star Wars film. I was a bit too young to catch episode IV on its first release, as I was only 3 at the time. However by the time Empire Strikes Back came out in 1980 I was obsessed with the figures that had become a playground staple. As I recall the films were more wondrous than even my fervent imagination had predicted upon a double-bill viewing of Star Wars and Empire back to back upon the release of the second of the films. 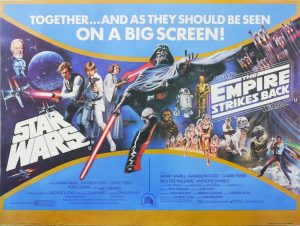 And that was it.

George had me hooked! And try as he might over the years to tempt me to burn all my Star Wars merchandise (prequel trilogy I’m looking at you!), even he couldn’t sway me.

As most children do as they enter their teenage years, childhood playthings were swept away (& sold at car boot sales), and music and movies (that weren’t Star Wars) became my obsessions.

Then, in my mid-twenties I stumbled upon a vintage toy shop selling old Star Wars figures. And just like that Lucas pulled me back in. I found myself buying some, then some more. Then in the mid 90’s they started bringing out new versions of the classic figures (mostly they look crap now, but at the time I think it was just fun finding Star Wars figures in toy shops again). And then in 1999 the first Star Wars LEGO sets appeared, and the whole LEGO world opened up to me again. 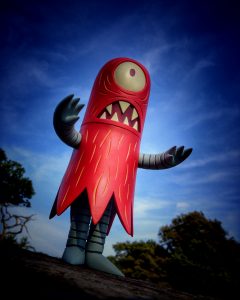 Now there were divergences with other toys. I love the whole Vinyl Toy scene, or at least I did. Most of what is released now doesn’t really light my fire in the way seeing Tim Biskup’s Helper figure (pictured above) in a cabinet in a local comic and collectibles store 10 years or so did. And the Vinyl toys were my gateway to the world of toy photography too. But we’ll return to that in another post…if Brett and Shelly let me?

Anyways, where was I?

Oh yes, I was being sucked back into the world of the LEGO Brick. And what a glorious world it is. I’d forgotten the joy of building; the simple pleasure of placing brick upon brick. And while Star Wars had bought me back in, I began to branch out. Other themes were calling. It didn’t have to always be Star Wars. I started buying sets not linked to licensed properties. 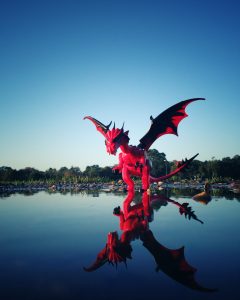 “If you gaze long into a puddle, the puddle also gazes into you”

And gradually over the coming years, as LEGO saw a re-emergence in popularity, being a LEGO fan again became a badge I was proud to wear.

So that brings us bang up to date. I’ve encountered many a quizzical look over my ‘toys’, but I feel as though Lego itself being the world renowned brand it is, and the fact that there’s even television documentaries about being an AFOL (Adult Fan Of Lego for those not up on all the hip jargon kids use these days!), has given being a grown up playing with bricks a certain kudos.

And you know what?… I’m amongst friends here… so I’m gonna tell you a secret… as well as collecting and photographing I’m not embarrassed to say that I do play with them. I don’t just build and photograph them. I play and I swoosh and I ‘pew pew’.

And I recommended you to too. Go on, try it. It’s so much fun!

About the Author: Mark Holden

Just a man with a camera... and far too many toys.