Resistance Comes in All Strides

“I go to Instagram to see cool LEGO pics, NOT to hear your warped political views.”

This is one of the comments I received last weekend in an exchange comparing the former and current presidents of the United States.

I’m not going to lie. As much as I want to stand strong and use my art to speak up for what I think is right, comments like the one above are discouraging, to say the least. And that’s one of the more polite remarks. 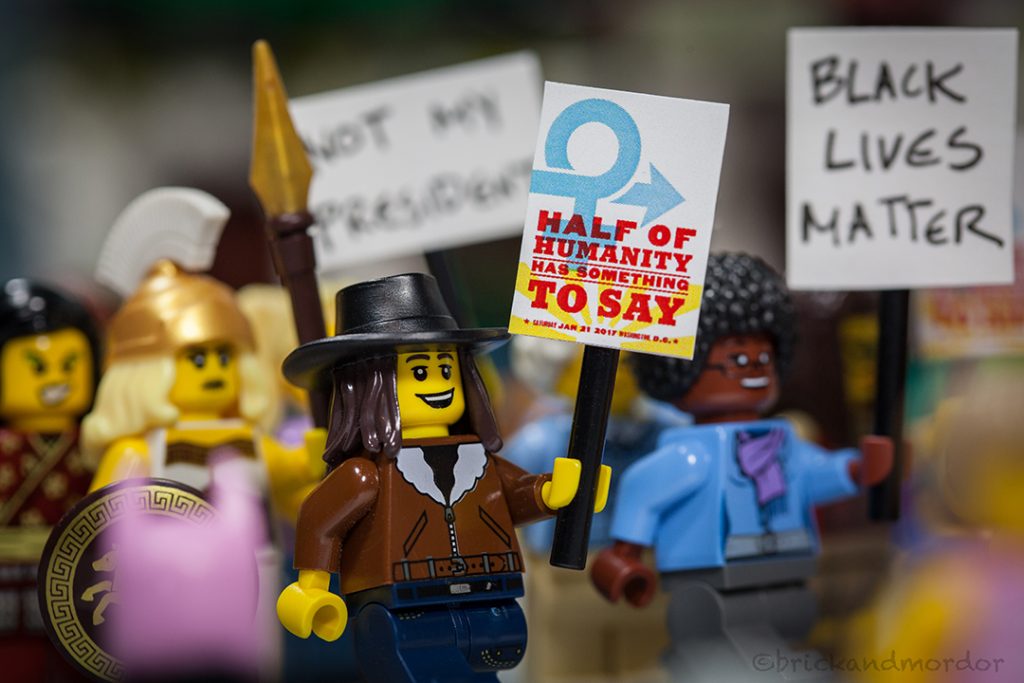 A portrait of my friend Cathy who designed these actual posters for the Women’s March in Washington, D.C.

I used to be someone who wasn’t “into politics” at all, namely because it seemed like my life was “pretty OK” and unaffected by it. As with many others in the U.S., the recent presidential election has been a huge wake-up call, and I realize now how much I’ve been taking my rights for granted.

Whatever your beliefs are, it can’t be denied that this country is being upended, drastically and rapidly. Personally, I cannot stand behind an administration that seeks to create more injustices against the environment and the people of this and other nations around the world. 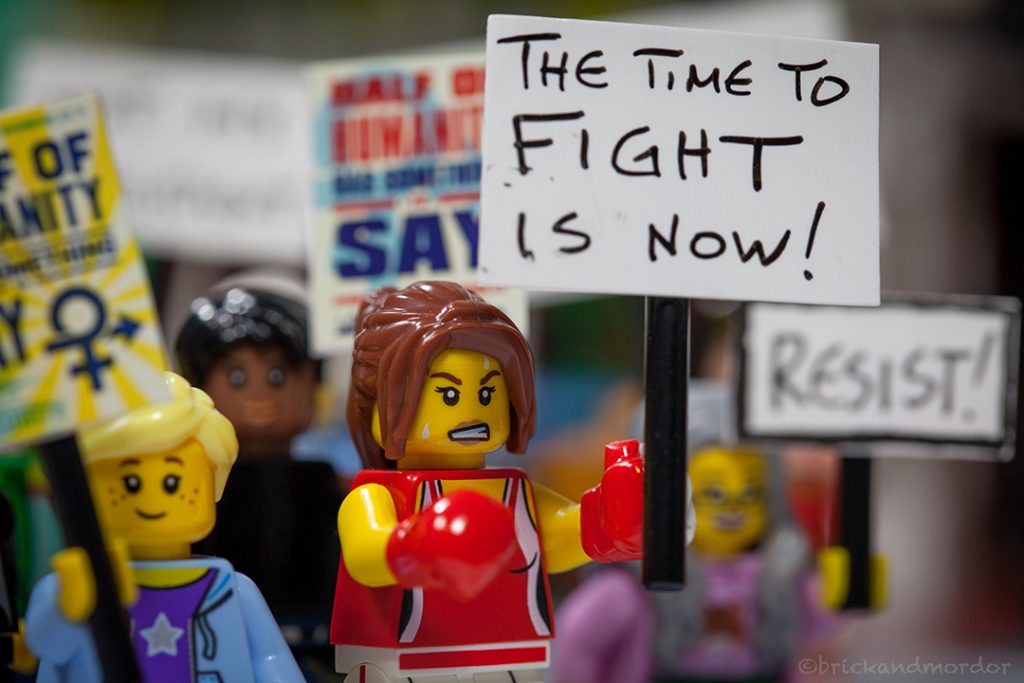 One of my forms of resistance is through toy photography. Anyone who’s been following me on Instagram knows that my posts range from completely whimsical to incredibly personal. Sometimes they may cross into controversial or political territory in order for my story to be told. 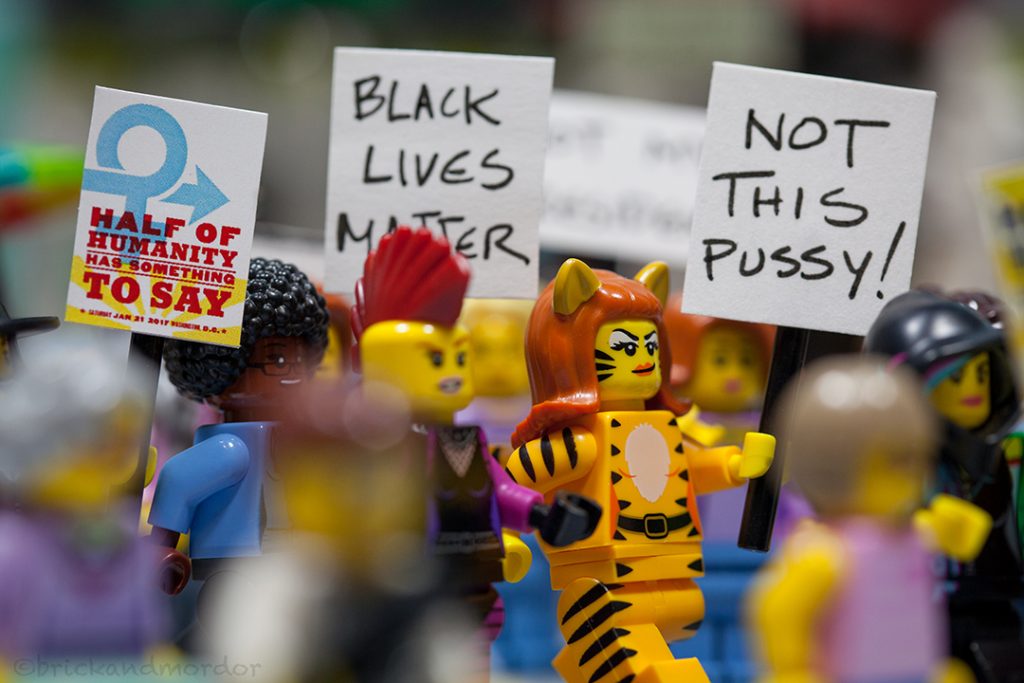 Finding a visual voice through toy photography has been empowering. No matter how many negative comments my work may incite, there is an overwhelmingly positive response which inspires me to keep fighting. It also tells me I’m not alone in this.

We have a long way to go before equality for all is achieved, but I know that every step forward makes a difference, even a LEGO mini figure’s tiny stride.

Thanks for marching along with me. 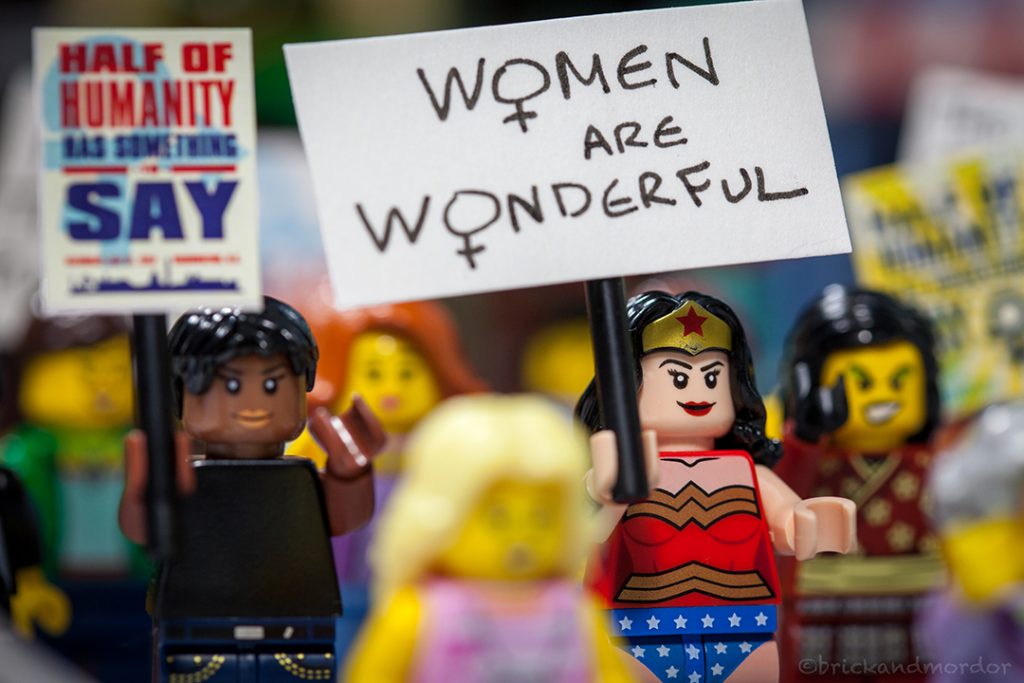 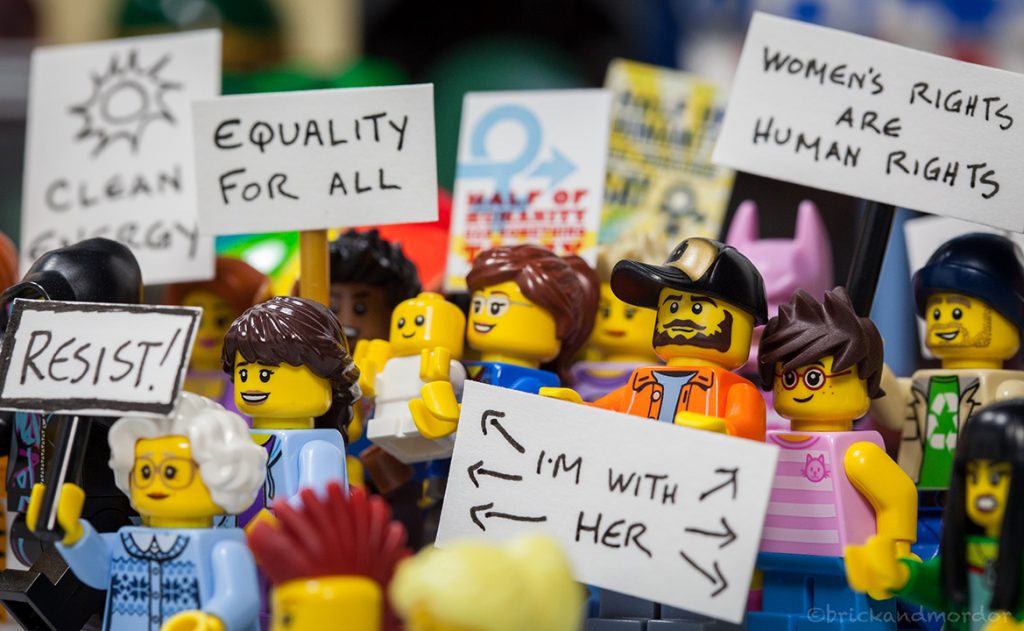