The winners of our G+ contest: One

Today I want to take a movement to celebrate the winners of our G+ contest: One. Who knew such an open ended theme as One could produce so many awesome images! Because we were offering a full set of Unikitty Series 1 Brett and I opened this contest to the entire community, including moderators. Of course the competition was stiff and we had a difficult time choosing our favorites. We eventually came up with a few images that each represent an aspect of the concept of One.

Nick’s (+LEGO Wiiman) image struck Brett and I as simplicity at its finest. When Brett and I first saw his image we could feel the heat and the solitary nature of the moment. 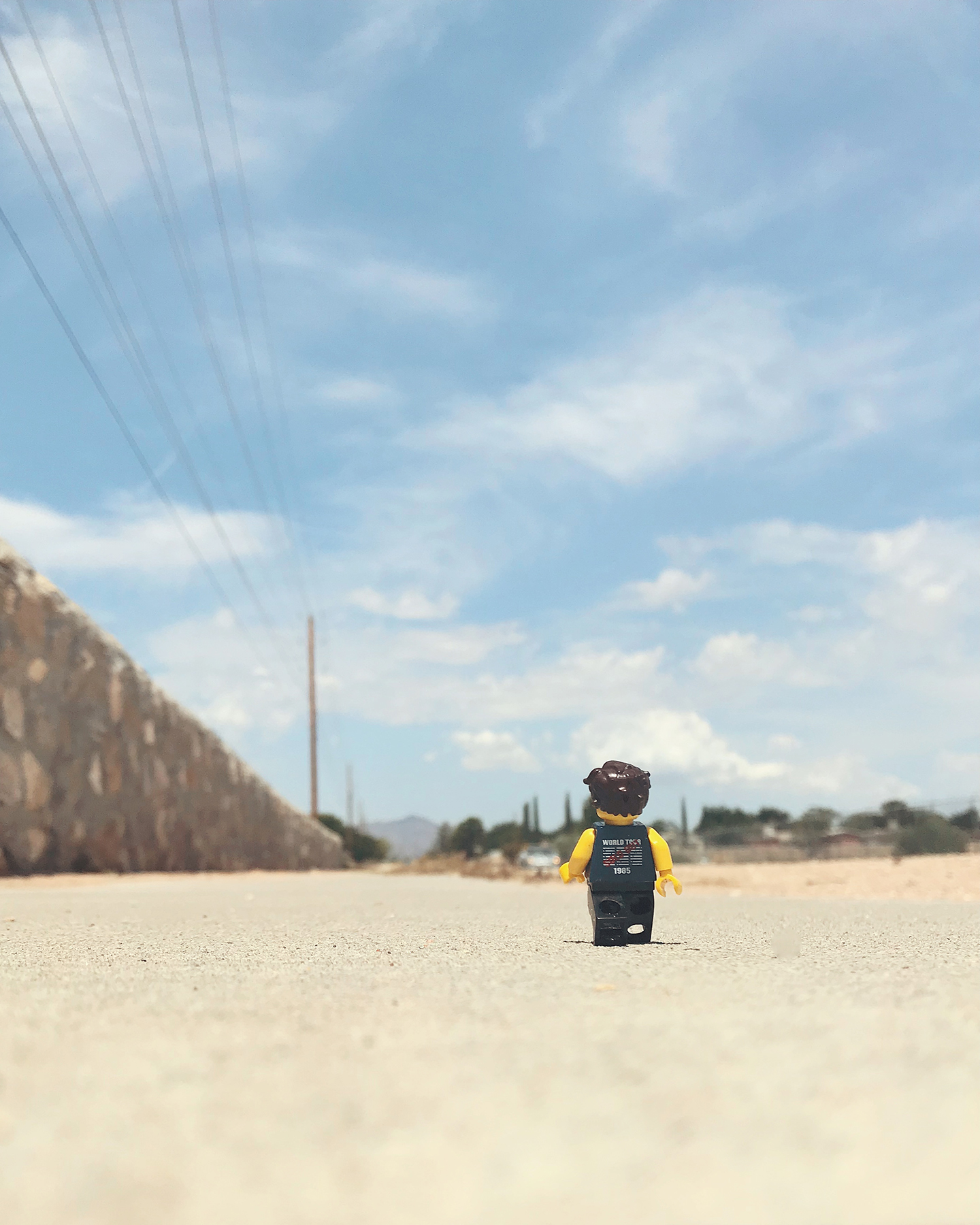 This was taken on my walk home one day. 40 minute walk. 100 degrees (ok, maybe only 97 😜) and I passed exactly ONE person 😳. Very unusual, considering i had just left Seattle, where I pass one person (usually drunk) every 10 steps 😳😂. Very odd feeling, so I had to take this pic of me, alone, in this big city. I truly felt like the ONE person left on Earth 😱🌎

Nick’s image is well composed and he uses leading lines to great effect; great photography meets a powerful emotional response. AND he captured it with a mobile device. It just goes to show, the best camera is the one you have with you. Thanks Nick for sharing your image and your experience with us.

First Up is +Julie Blair‘s image Its not easy being green. This was one of the was one of the first images posted for the contest and I think it set the bar very high. Her image, while being a bonanza of beautiful bokeh, put a nice twist on the topic and opened the door to an open interpretation embraced by the rest of the community.  Nicely done Julie!

Frogs are considered an “Indicator Species”, which means they are ONE of the first to be affected by environmental problems.

Next we have the super fun image by +Ang Cheng Ann – The Chosen Ones . We know Sunny for his clever intellectual property mash-ups and this image of “The Chosen Ones” carries on that marvelous tradition. We all know the story of these three characters chosen to go on an epic quest for fame and fortune (whether they want it or not). This is another great interpretation of the concept of One.

Some are reluctant, some just fall into the part. While some just fumble along.

Next up is +Doug Gary‘s super cool mini figure mash-up. What a character you created Doug! I want to know what adventures he /she goes on! Plus its a beautiful and inspired reflection image!

One of the silliest images to be entered into the contest was by +Dave DeBaeremaeker! The image of the pink, tutu wearing storm trooper is one for our contest hall of fame. Nice work as always Dave!

And last but certainly not least is the wonderfully edited image of Thanos by +Jon Jansen Campos A truly inspired interpretation of the hero / villain of the Marvel multi-verse.

ONE snap that was heard across the universe!

Thank you to all the participants!

Thank you everyone who entered this months challenge! There were so many wonderful images to see and you made us all think about the nature and meaning behind such a simple word: One. Here are a few more of our favorite images:

I hope you will join in our next themed challenge: Food. Here are a few words from Joseph Cowlishaw who is the moderator leading this months challenge:

“Food, glorious food!
Eat right through the menu.
Just loosen your belt
Two inches and then you
Work up a new appetite.“ ~ Oliver!

Food is such a personal experience but at the same time it is very, very social. If you want folks to show up – just mention there will be food (at least in Mormon culture here in Utah)😂

As part of this challenge you can use real food, fake food, drinks, deserts, what happens after food, – basically anything edible in real life or imaginary.

Nat that you need the encouragement, but we will be giving away a LEGO Harry Potter BrickHeadz set to the winner. In addition to this token of our appreciation,  the winning image will grace our community banner.

Thanks fo reading this post and checking out all the images. If you would like to join in the fun, please check out our G+ Community. To join, simply create an account (if you don’t already have one), add an avatar and header image, post a couple of toy photos and then ask to join the community. If you have any problems, let me know and I will send you a direct invitation.